Singapore's Bigfoot - aka The Bukit Timah Monkey Man - could be the guardian & shepherd of swine in our jungles.

When we think of Bigfoots and Yetis, we think of mysterious creatures roaming the vast American and Himalayan mountain ranges.

But did you know that Singapore has its own Bigfoot? 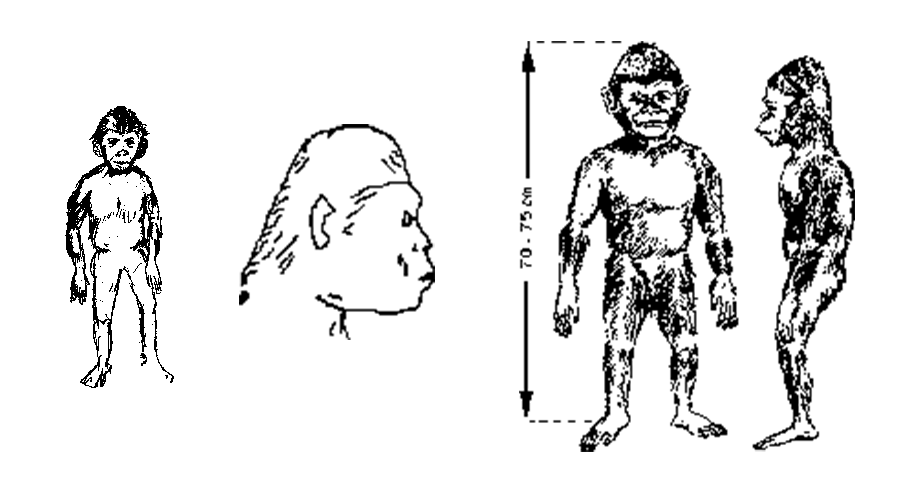 Orang Pendek — A relative of the Monkey Man

The Bukit Timah Monkey Man – as its name very obviously suggests – is a primate that has allegedly been living in the Bukit Timah area all this while, without our knowledge.

This primate sure appreciates prime real-estate, if you ask us.

With a greyish coat of fur, and a height of between 1-2 metres, the Monkey Man is said to closely resemble a human with its upright-walking gait.

Surprisingly, none of this seems to be new knowledge.

Over the years, there have been many anecdotal accounts of the Monkey Man roaming our jungles. The earliest sightings of the Monkey Man can be traced back to 1805, when a Malay elder claimed to have seen a monkey-faced creature in the Bukit Timah area.

Japanese soldiers stationed in Singapore during World War II have also provided accounts of these creatures.

Unfortunately, we were not able to access either of these stories. Monkey Man sightings have continued to pop up occasionally even as recently as 2012 — with a video, likely fake, making its rounds on the internet.

Earlier in 2007, the New Paper published an article chronicling some sightings of Monkey Man. Here are two of the most interesting accounts.

A 48-year-old taxi driver allegedly ran into the Monkey Man while driving past the fire station at Upper Bukit Timah road in the dead of the night.

He explains hitting what he thought “was a child that ran out”,

It was on the car bonnet and then it snarled at me – like a monkey but so big! It ran off injured, covered in blood, holding an arm which was broken.

A 65-year-old male retiree also recounted Monkey Man kampung folklore from his childhood days. He explained that they were told as children never to go near the forest at night, because of the Monkey Man.

They’d never actually caught a glimpse of it themselves, but it was always “some uncle or friend of the family” who had seen it.

He shared this chilling description,

Once we were shown footprints near the forest road. I remember a strong urine smell. Whenever we heard shrieks coming from the jungle we would tell each other – Don’t disturb the Monkey Man.

According to cryptozoologists, the Bukit Timah Monkey Man might be part of the Orang Pendek species. Orang Pendek – which means “short person” – is a type of primate that reportedly roams the remote & mountainous forests of Sumatra. A 1932 article about the Orang Pendek

Singapore Free Press (SFP) wrote in detail about these creatures in an article called “Mysterious Jungle Races Of Sumatra: Giants and Pygmies” on 19 Jul 1932. The writers make some fascinating claims.

According to SFP’s article, these creatures are “short”, possess a “language of their own”, and will flee upon sighting humans.

The Orang Pendek “work as guardians of shepherds” and typically rear “swine” while living in “jungles with ponds”. Old hunters believe that boars under the “guardianship of the Orang Pendek” will never be caught.

Apparently, these creatures can also build houses as they live in “big virgin jungles”, but they can’t tell the difference between “what is food and what is not”.

The Orang Pendek have some “bodily features” that “exactly resemble” human beings,

Their height is the same as the height of a human being…they do not know how to clothe themselves, and their feet are turned backward — heels to the front & toes pointing backward.

On certain occasions, Orang Pendek may appear aggressive in confrontations with humans. They’re described as “very clever” and able to “throw stones or wood at their enemies”.

Since the Bukit Timah Monkey Man may be related to this creature, it is said to share some of these features.

If all of this seems entirely far-fetched, it’s probably because it is. 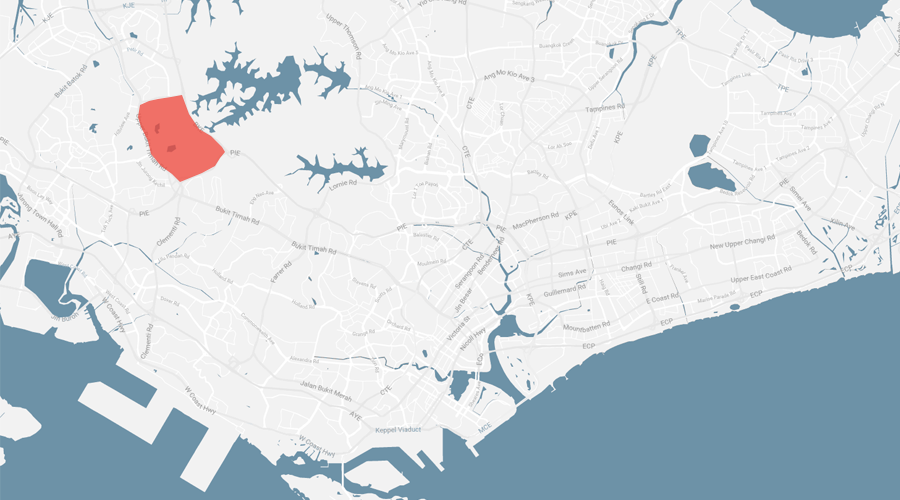 Bukit Timah Nature Reserve (in red), is believed to be its home

Considering the fact that Bukit Timah Nature Reserve is less than 1.6 square km in area, and since the park is frequented by researchers and visitors — it’s extremely unlikely that a creature of that size would go unnoticed all these years.

NParks maintains that people were mistaking crab-eating macaque monkeys – indigenous to the park – for the Monkey Man.

Curiously, these monkeys are typically 38-55cm in height, which is a far cry from the Monkey Man’s reported height of 1-2m. However, a person’s depth and height perception can be skewed by different light and angular conditions.