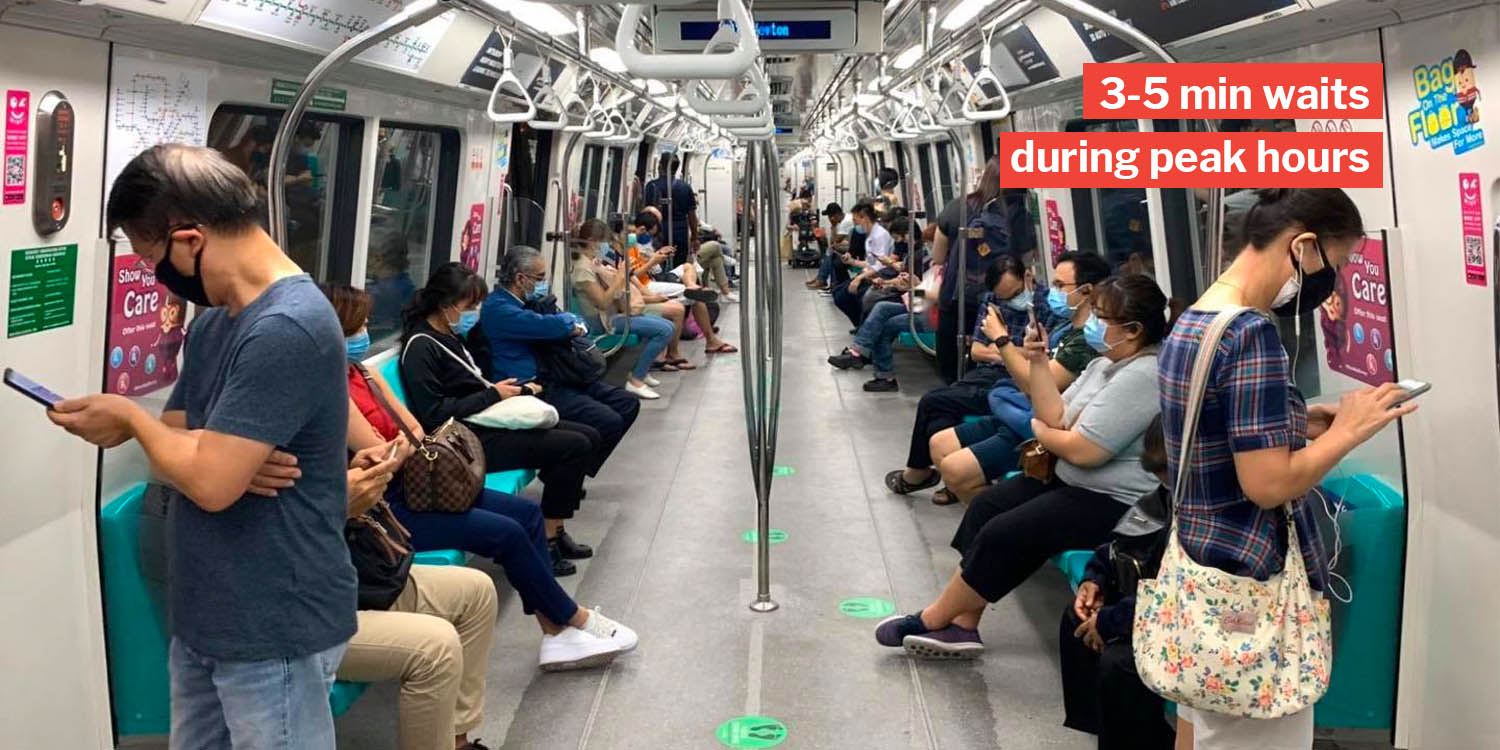 Following last week’s adjustment to train and bus timings, the Land Transport Authority (LTA) has just reviewed the changes and is increasing frequency of trains during peak hours. 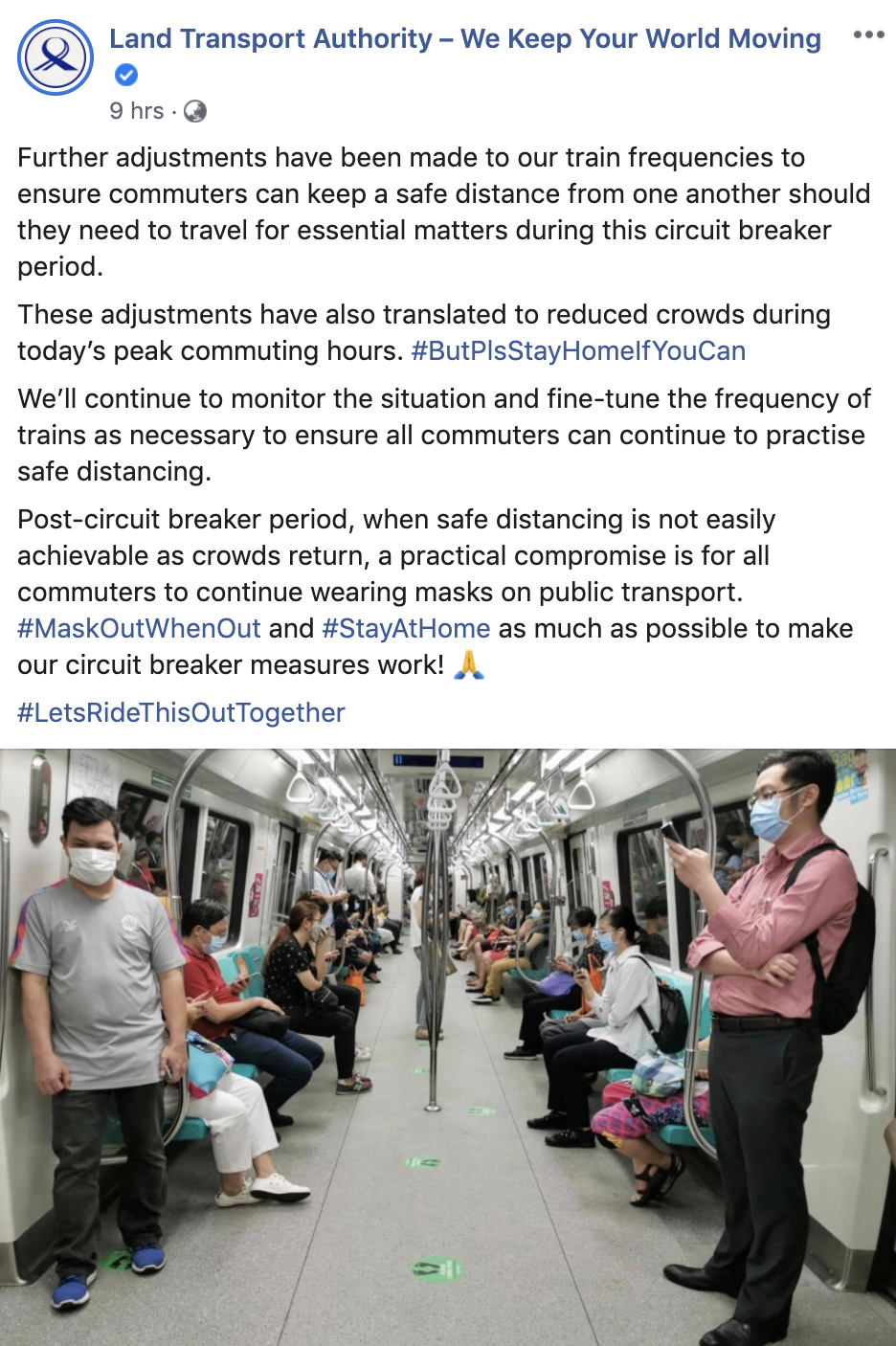 We have been promised 3-min wait times on average during peak hours, even at hotspots like Jurong East MRT interchange.

This comes after commuters expressed that trains were becoming crowded, and maintaining safe distancing was difficult. 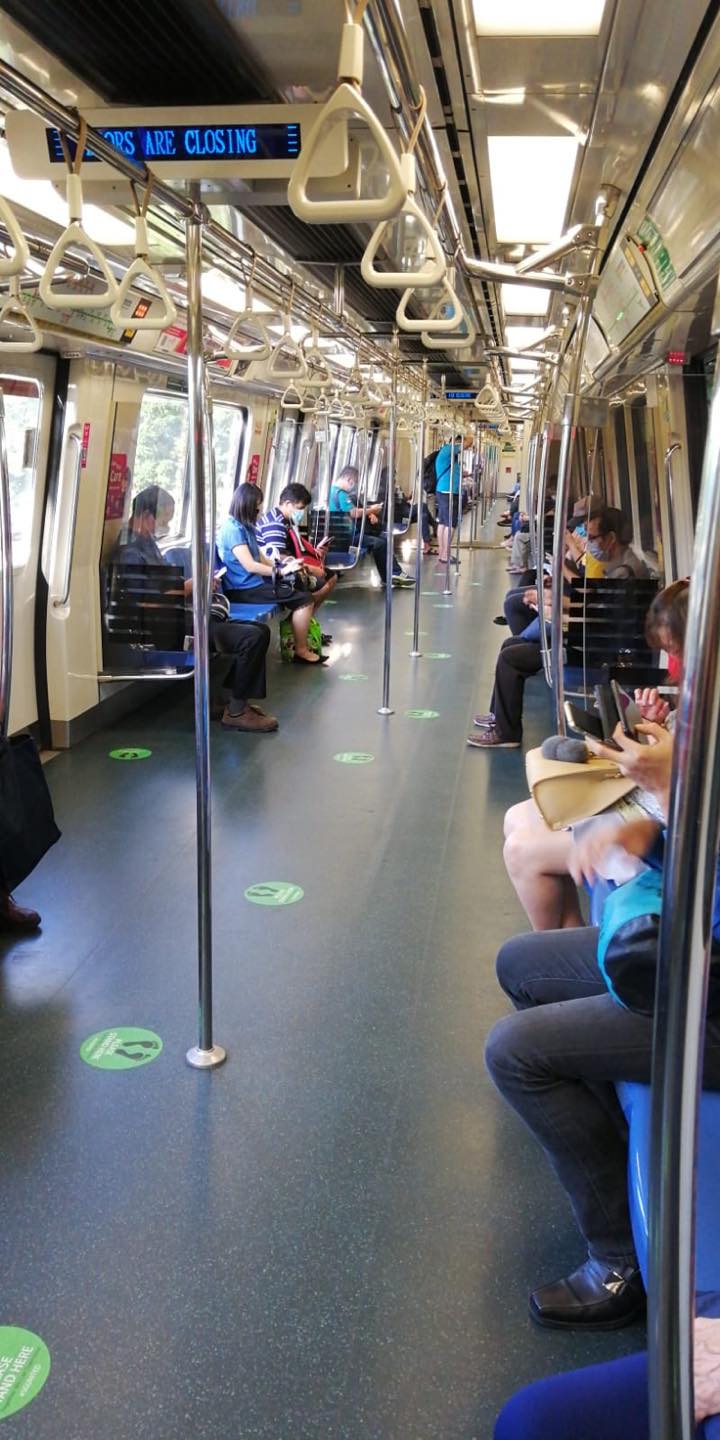 With more trains arriving, the crowds in trains should be dispersed, and commuters will be able to maintain a safe distance throughout their journeys.

Previously, peak hour train frequency was reduced, with trains arriving at 5-minute-intervals rather than every 3 minutes or so.

This caused crowding at some stations, such as Jurong East MRT.

Many netizens voiced their concerns on social media, prompting Minister of Transport Khaw Boon Wan to assure Singaporeans that LTA would review the situation “carefully” and make changes accordingly by Monday (20 Apr). 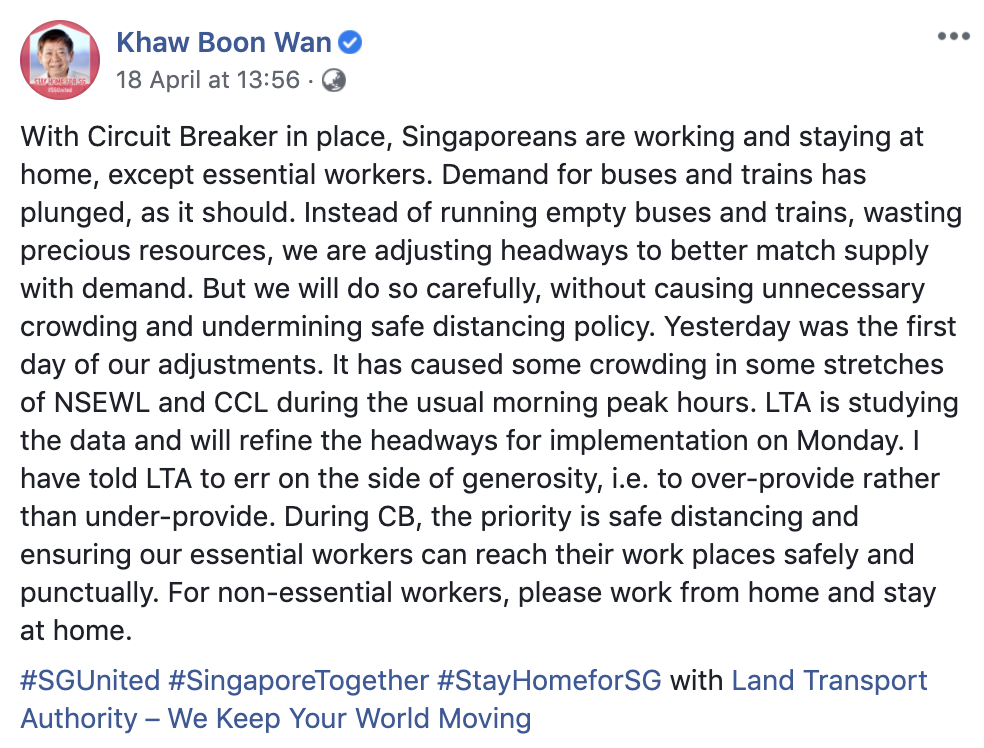 As such, we hope that through LTA’s improvements, train arrivals will indeed be more frequent.

The reduced wait times and increased frequency of trains will reduce crowding, but commuters must still observe safe distancing and personal hygiene on public transport.

Masks must still be worn at all times, and commuters should sit on seats without stickers on them. Enforcement officers will be around to ensure everyone adheres to the measures, but we should uphold them on our own accord.

Stay safe and be considerate while taking public transport.