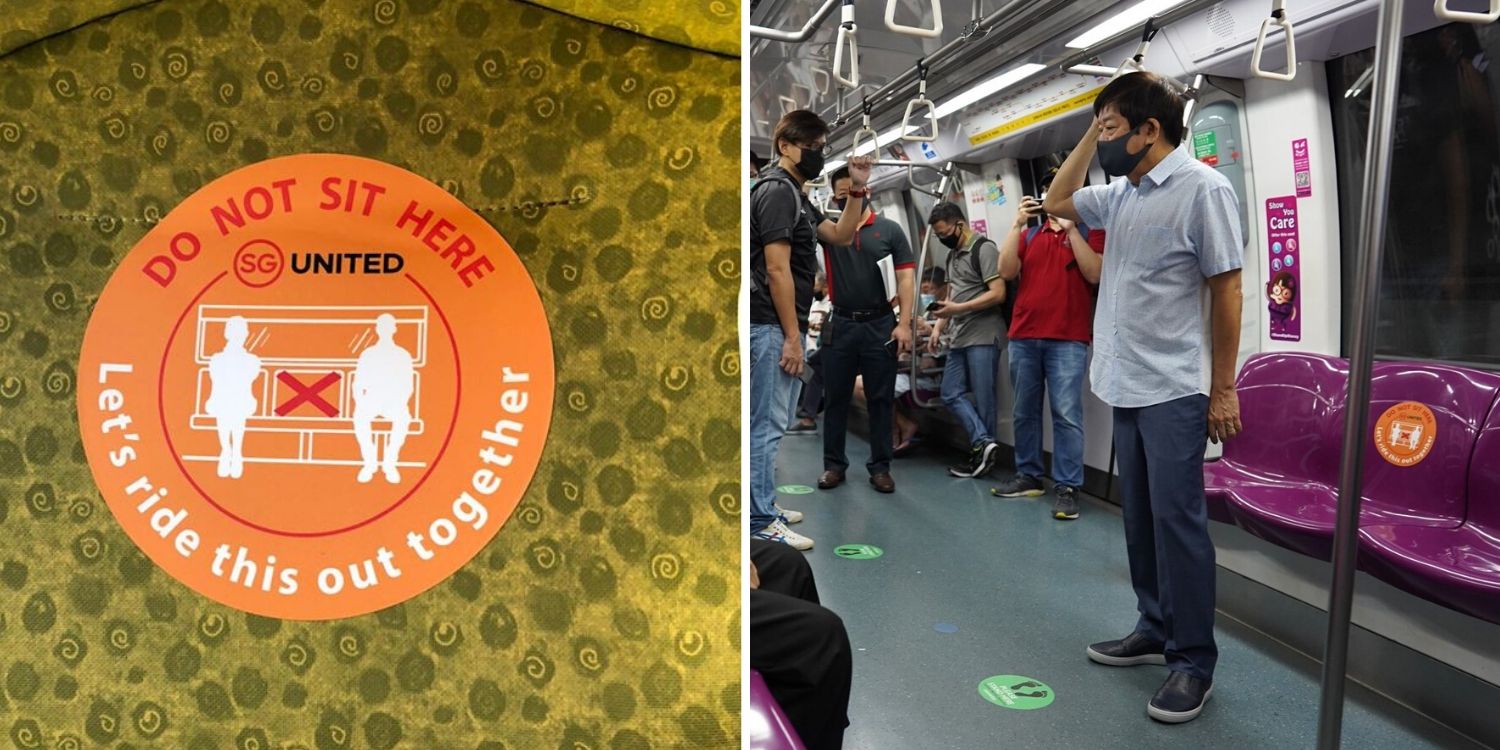 Buses and trains will still run so essential workers can get to work.

As the ‘Circuit Breaker’ measures kick in, many Singaporeans are working from home, with the help of technology.

Most Workplaces To Close By 7 Apr, But Supermarkets, Hospitals, & Banking Remain Open

But those providing essential services or working in key economic sectors still have to report to work in person, and many of them commute to work via public transport.

To protect these commuters, the Land Transport Authority (LTA) announced on Thursday (9 Apr) that it’ll be pasting new safe-distancing stickers on public transport. 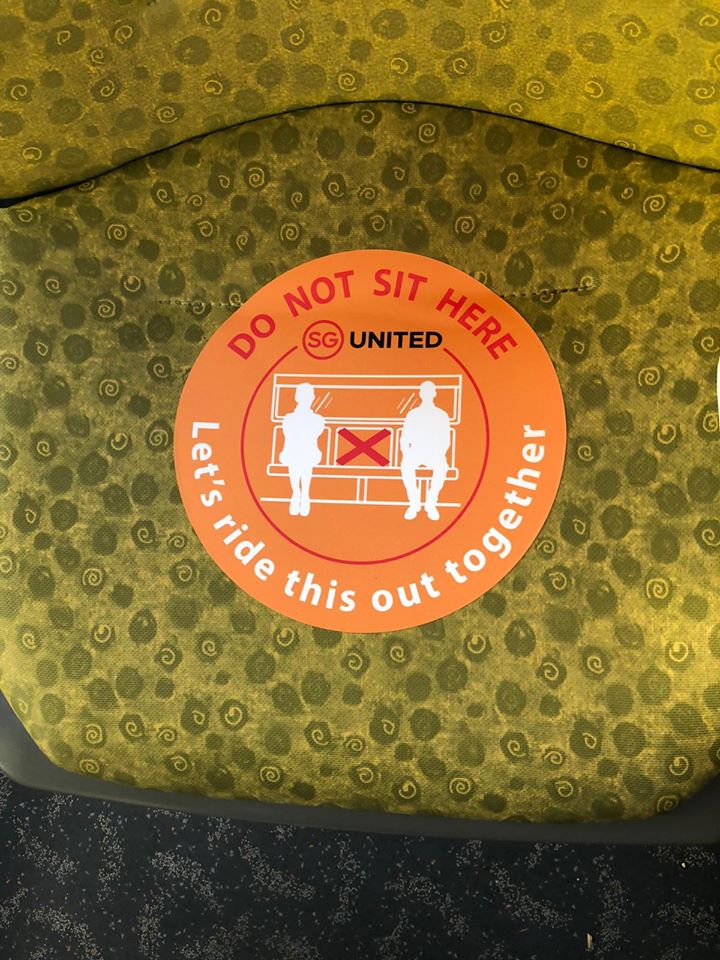 Stickers tell commuters which seats not to sit on

Similar to those seen in eating places before the ban on dining in, and also those seen in Thailand, the stickers will serve as markings to remind commuters which seats are not meant to be occupied. 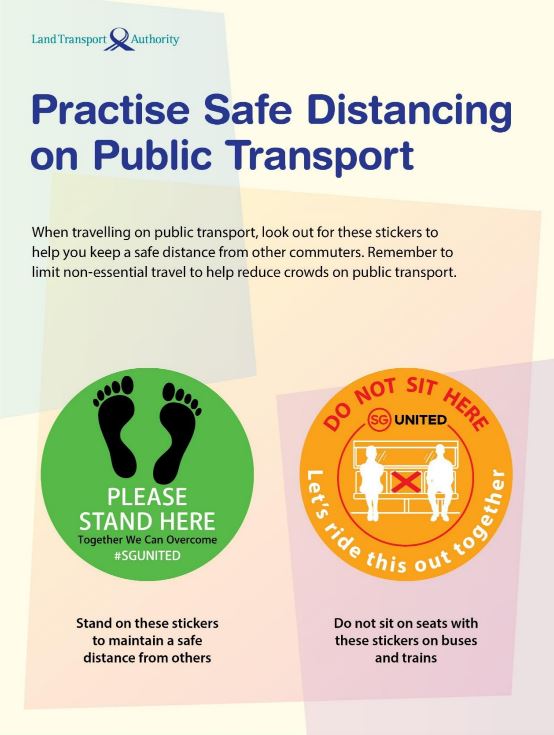 Going by photos on social media, these stickers have been placed on alternate seats so riders do not sit next to each other. 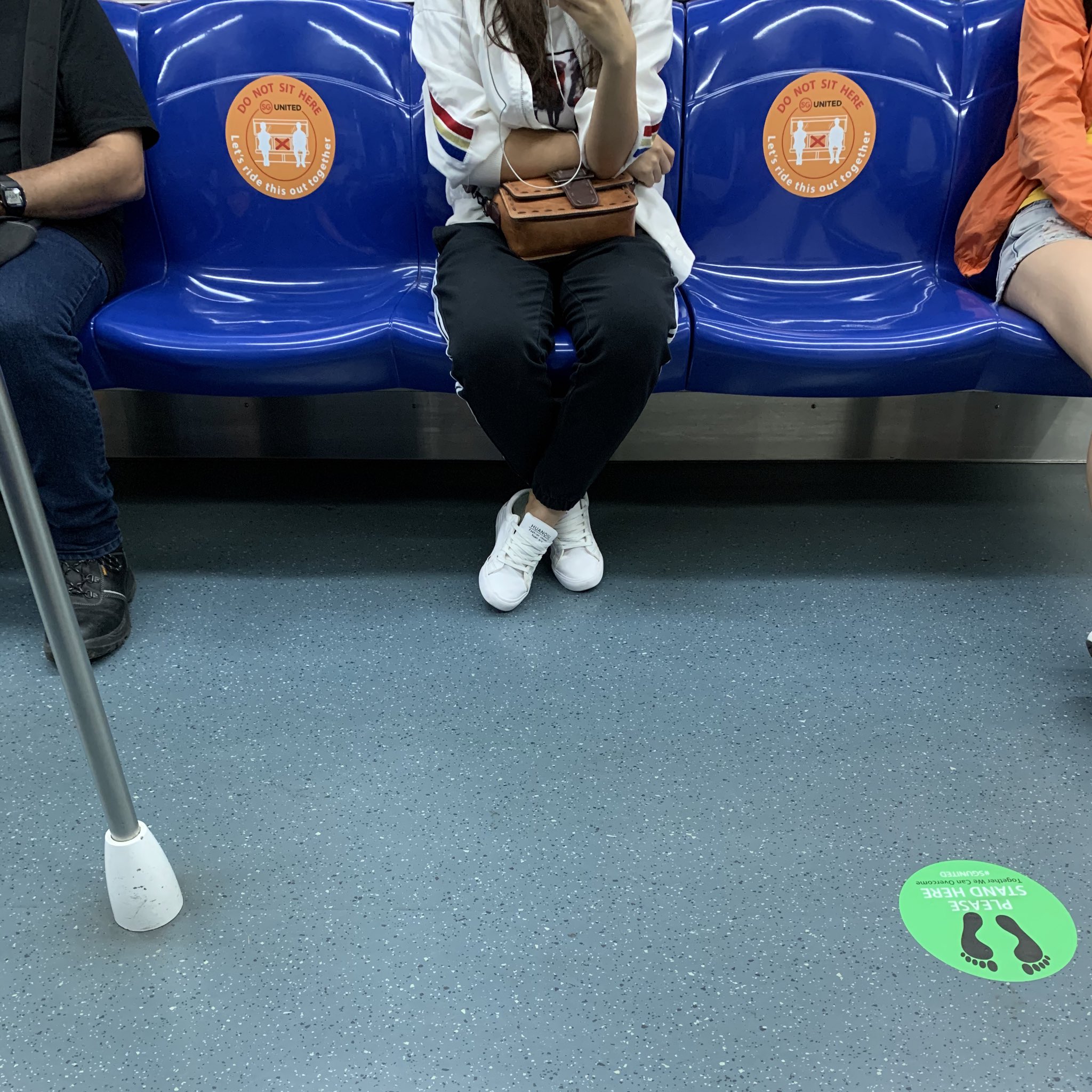 They were also stuck on the floor of MRT trains reminding commuters to stand apart from one another in the cabins. 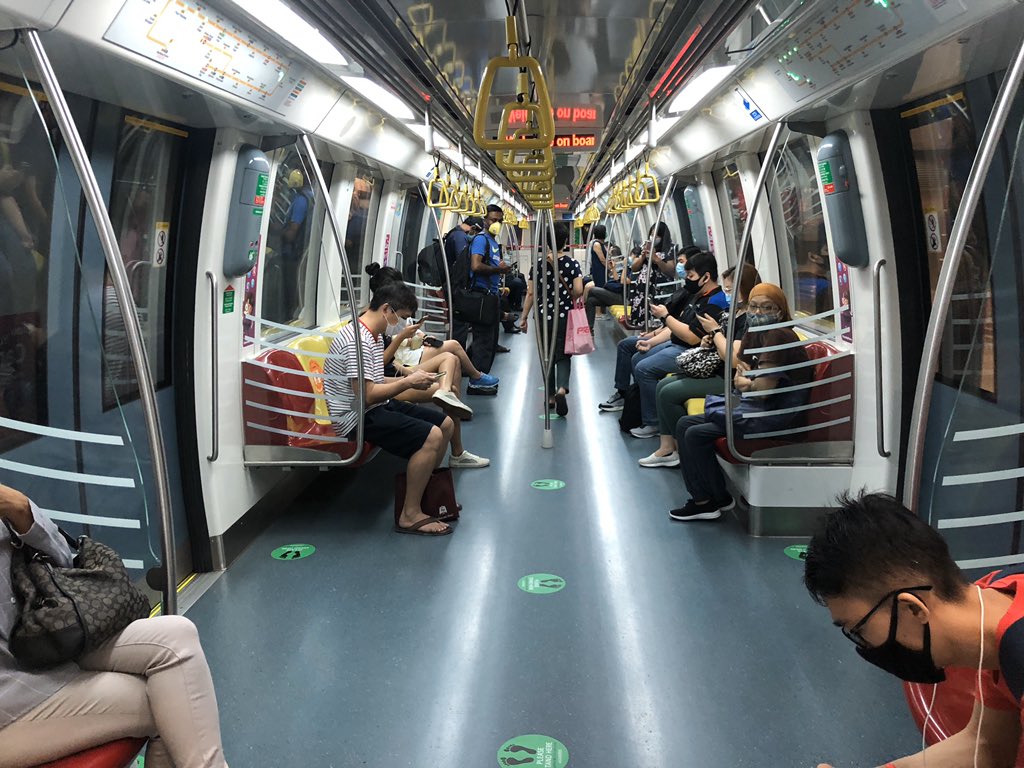 In time to come, all public transport vehicles and infrastructures will be marked with these safe-distancing stickers.

Commuters are advised to adhere to the markings and keep a safe distance from one another. 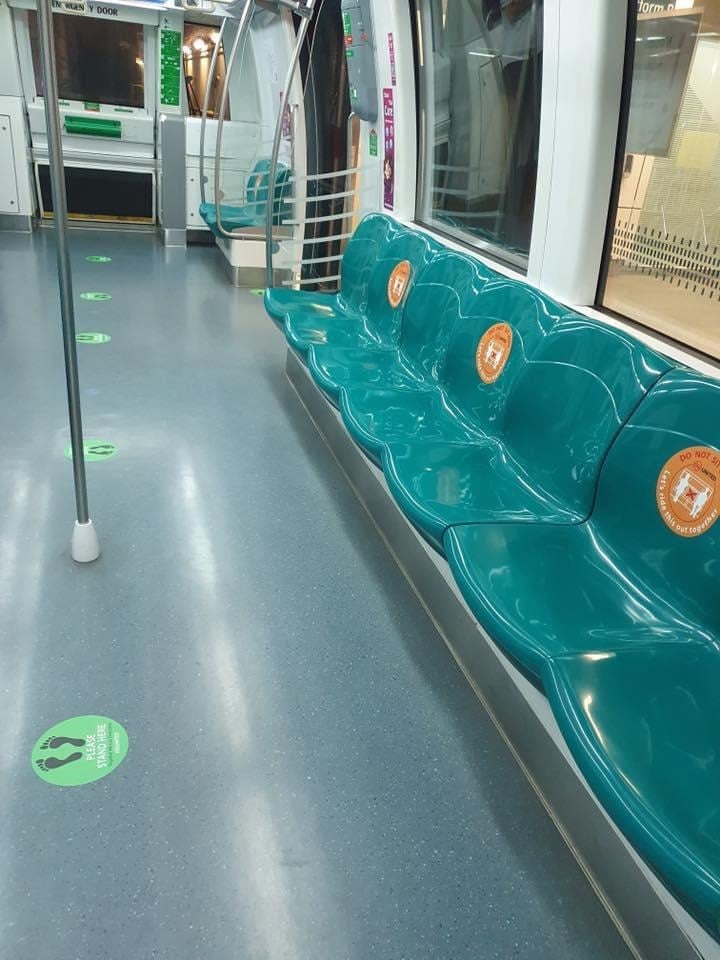 To check on the implementation of the new stickers, Transport Minister Khaw Boon Wan paid a visit to Serangoon MRT station on Thursday (9 Apr). 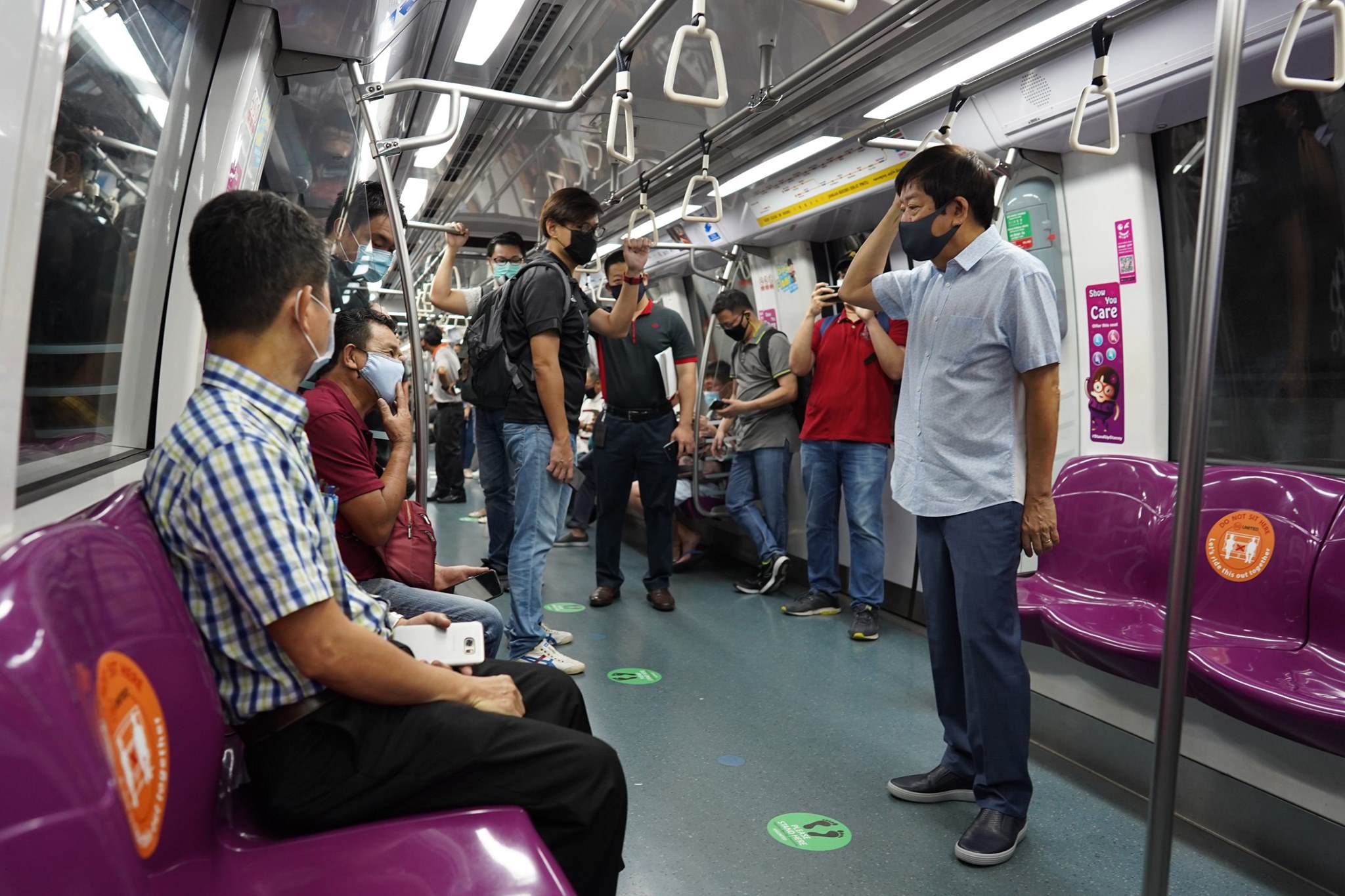 Encouraging people to wear masks on public transport, he said that despite the plunge in ridership as people stay at home, buses and trains will still run so that essential workers can get to work.

However, in order to avoid putting them in danger, the safe distancing rules on public transport must be enforced.

Enforcement officers will go on patrol

Mr Khaw also said that Transport Ambassadors will also be deployed to “regulate the flow of commuters, and to remind them to space out”.

They will help LTA enforcement officers to ensure riders are following the measures.

The number of commuters entering train stations and buses might also be limited to avoid overcrowding.

In addition to the new safe-distancing stickers, thermal scanners will also be installed at selected stations. 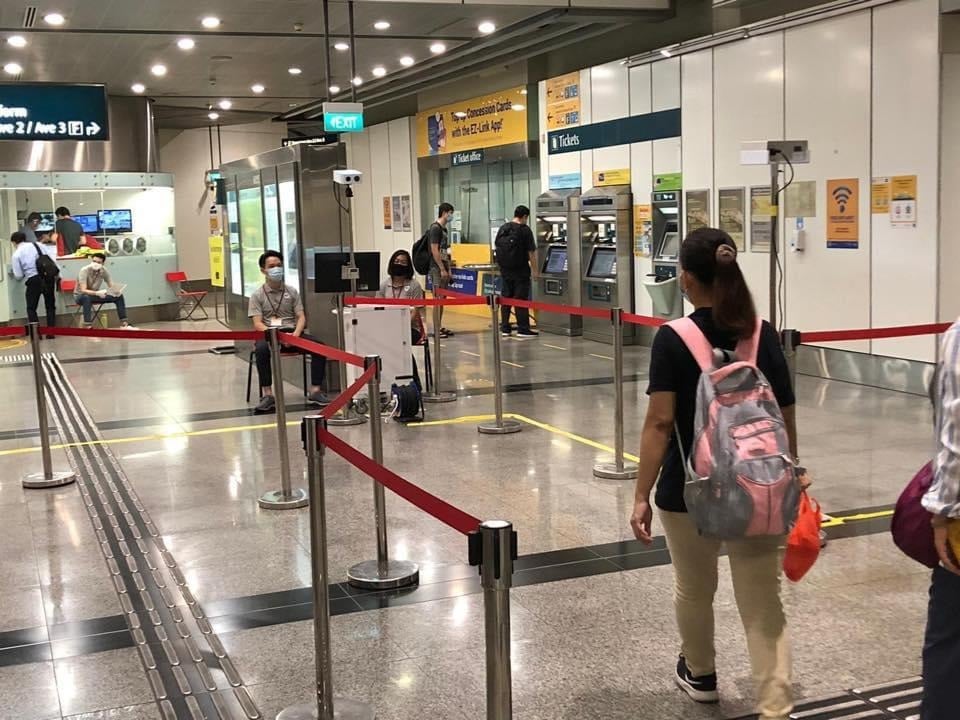 Needless to say, those with a temperature will not be allowed into the stations.

These scanners have already been installed at 2 MRT stations at the time of this article — Serangoon and Tiong Bahru, according to the LTA.

LTA also reminded commuters to be socially responsible during this period and avoid any unnecessary commutes.

But should taking public transport be necessary, riders should protect themselves by wearing a reusable mask and refraining from crowding.

Commuters are also advised to abide by enforcement officers’ instructions in order to keep the public transport system safe for all. 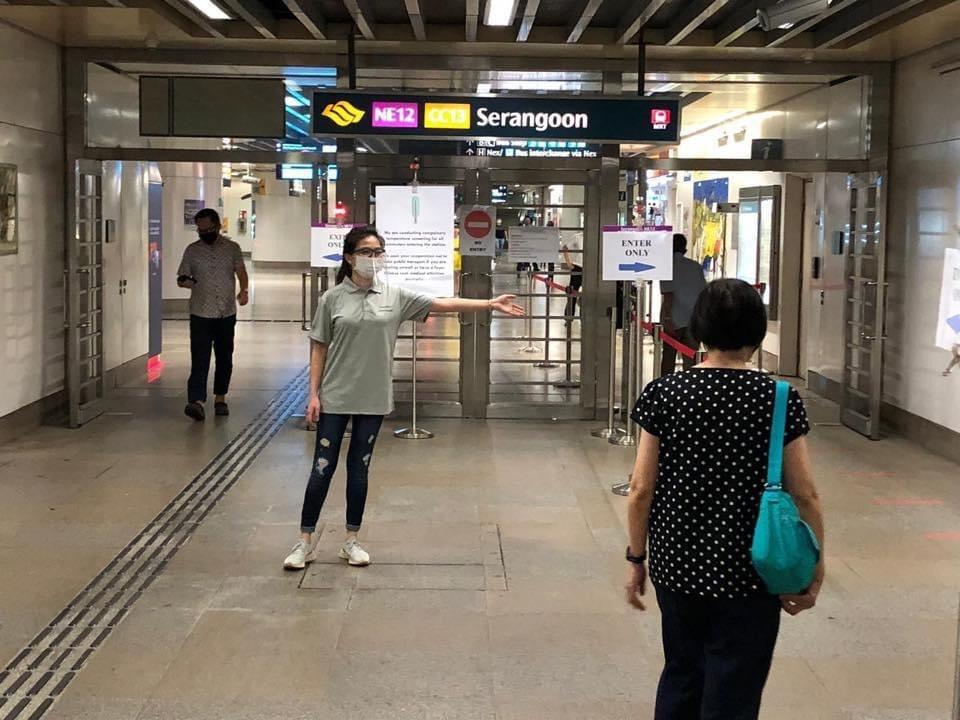 Hope commuters will be understanding of new measures

We are heartened by LTA’s efforts to ensure the safety of public transport commuters during this trying time.

These enhanced set of measures, which could include restricting the number of passengers at any one time on public transport and related infrastructures, might bring about delays and other forms of inconveniences.

However, we are confident that commuters will be understanding and will continue to adhere to them for their own safety and that of fellow Singaporeans.