Najib Razak Arrested By Anti-Corruption Officials, To Be Charged On Wednesday

Najib Razak Arrested At His Home

[UPDATE]: Najib will be charged with 10 counts of criminal breach of trust on Wednesday (3 Jul).

Former Malaysian Prime Minister Najib Razak has been arrested, according to media reports.

He was arrested at his home at around 3pm on Tuesday (3 Jul).

According to The Canberra Times,

A source with knowledge of the inquiry into Najib said that investigators had arranged for the former PM to hand himself into the anti-corruption agency on Tuesday. 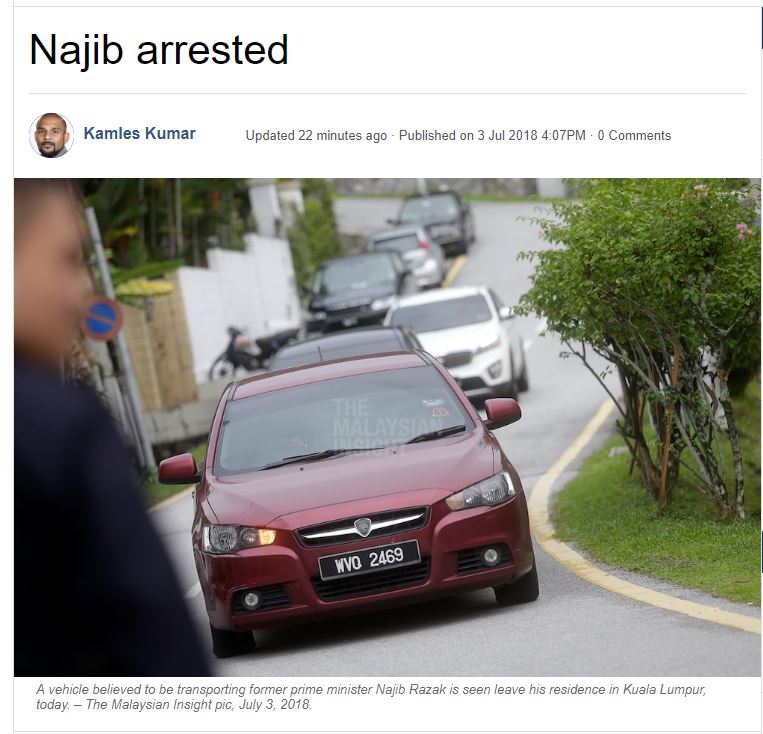 Mr Najib has been under investigation over the past few weeks for alleged corruption.

He is said to have misappropriated funds from 1MDB, a state investment arm he set up in 2010.

Unhappiness with the scandal and rising costs of living are believed to have been major factors for Mr Najib’s electoral loss in May.

His successor Dr Mahathir Mohamad has vowed to get to the bottom of the 1MDB scandal.