Comparing it with the SG50 Parade which cost $40.5 million, we would expect a more significant drop in this year’s NDP expenditure, given the non-jubilee status.

However, there is not much of a difference, and here is why:

Venue costs of Singapore Sports Hub is more than 3 times that of the Padang and MBS floating platform.

SG50 celebrations took place at both the Padang and the Marina Bay floating platform, incurring a cost of $40.5 million.

Meanwhile, the cost of hosting NDP 2016 at the Singapore Sports Hub is almost the same as hosting it at both the Padang and the Marina Bay floating platform, which is insane.

The Straits Times reports that holding the NDP at the Marina Bay Floating Platform costs about between $15.7 million and $17.9 million.

Bigger is better, according to minister Ng Eng Hen

Ng Eng Hen posted an update on his Facebook page with regards to the NDP 2016:

The Singapore Sports Hub is able to house 55,000 ticketed spectators — which is more than double the number of people at previous locations, the Padang or the Floating Platform at Marina Bay.

He added that there will be an upgraded NDP preview but he did not elaborate further.

Of course a larger stadium means more patriotic people living in Singapore will have access to tickets to watch the show live.

According to The Straits Times, the layout of the new stadium also “calls for a different format”, said Dr Ng.

This could mean we are in for a surprise; the new layout could bring about different kind of outstanding performances.

However, since the number of ticketed audience has doubled, imagine the amount of people jamming the area just to get in and get out of the stadium.

Which may be an even worst scene to that of the horrific waiting time at the Singapore Air Show. Who knows, the organiser that day might just ban taxi bookings.

The new layout also means that many of the NDP favourites will not be featured this year. 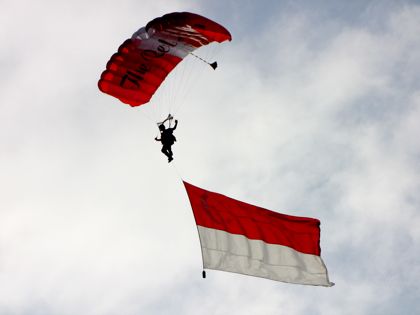 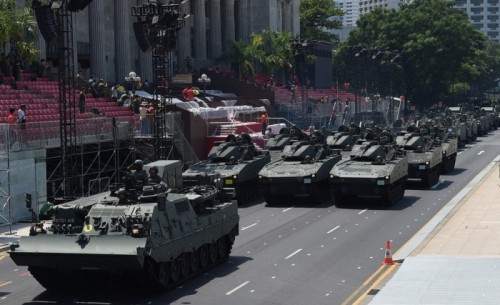 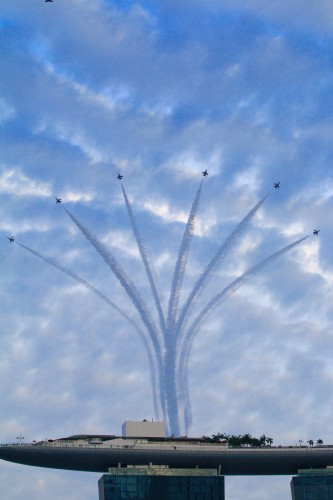 Is this year’s NDP at Singapore Sports Hub worth it?

Well, ten years ago before the new stadium was built, our NDP celebrations used to be at the old stadium.

Perhaps moving back would evoke nostalgia and the new modern stadium would symbolise the progress we have made as a nation.

In the process however, we lose some of our traditions we made during a time span of ten years and whether it is worth it can only be determined on the 9th of August this year.

One thing is for sure: most of us will feel uncomfortable with how expensive the new stadium cost (and the horrific, jostling crowd when that day comes).

Featured image via Justin Ng Photography
With reference to The Straits Times, The Middle Ground Facebook