Netizens Divided Over NTUC Foodfare Lawsuit Against The Independent 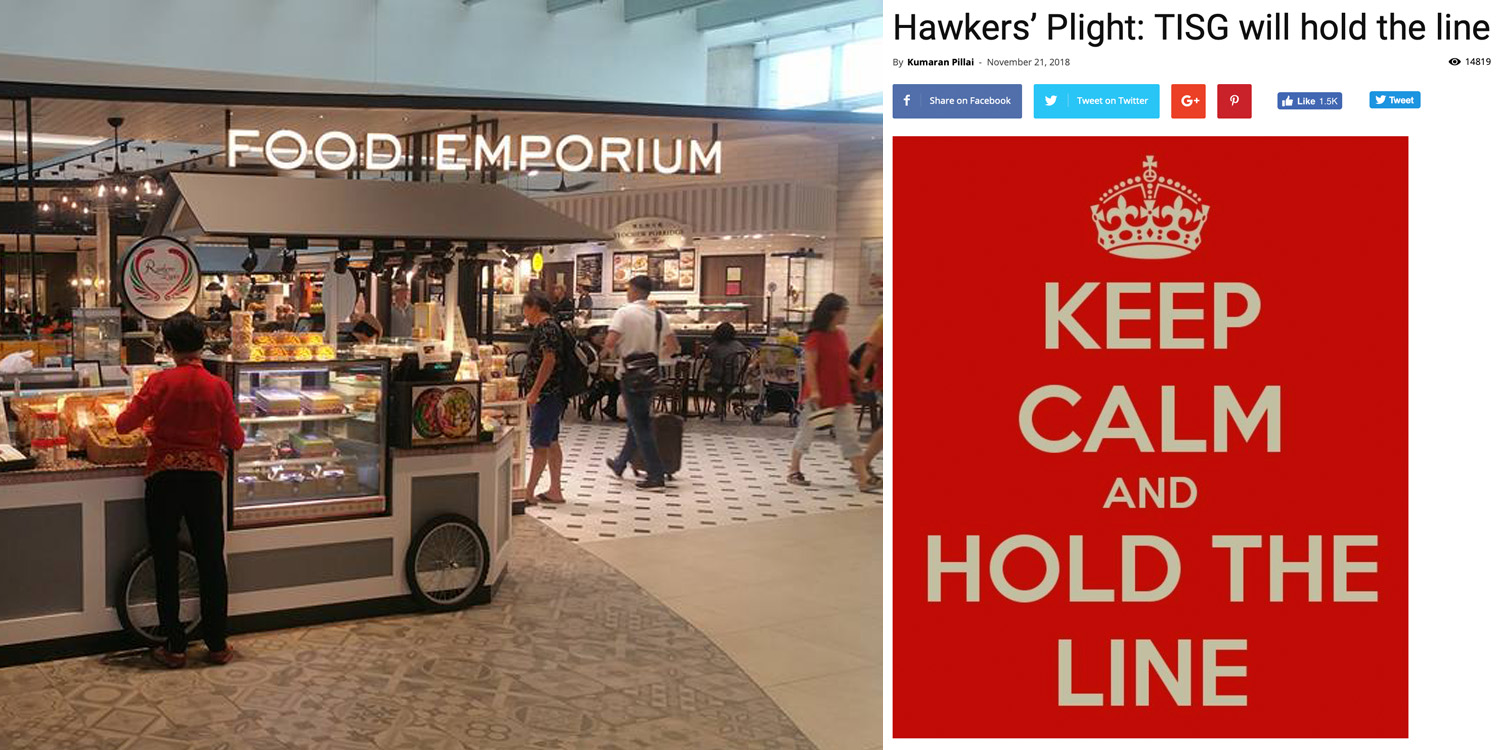 The Independent stands by their decision not to remove the article, despite a looming lawsuit.

On Monday (19 Nov), alternative news site The Independent ran a story about how NTUC Foodfare’s practices led to the death of one hawker and injury of another at Changi Airport Terminal 4’s food court. The article was based on the allegations of an anonymous woman.

NTUC Foodfare responded with statements telling their side of the story and later filed a lawsuit against the publication.

Here’s a tl;dr version of the events.

In a post, The Independent claims that lawyers of NTUC Foodfare sent a letter asking for a public apology and the removal of the articles on Tuesday (20 Nov). 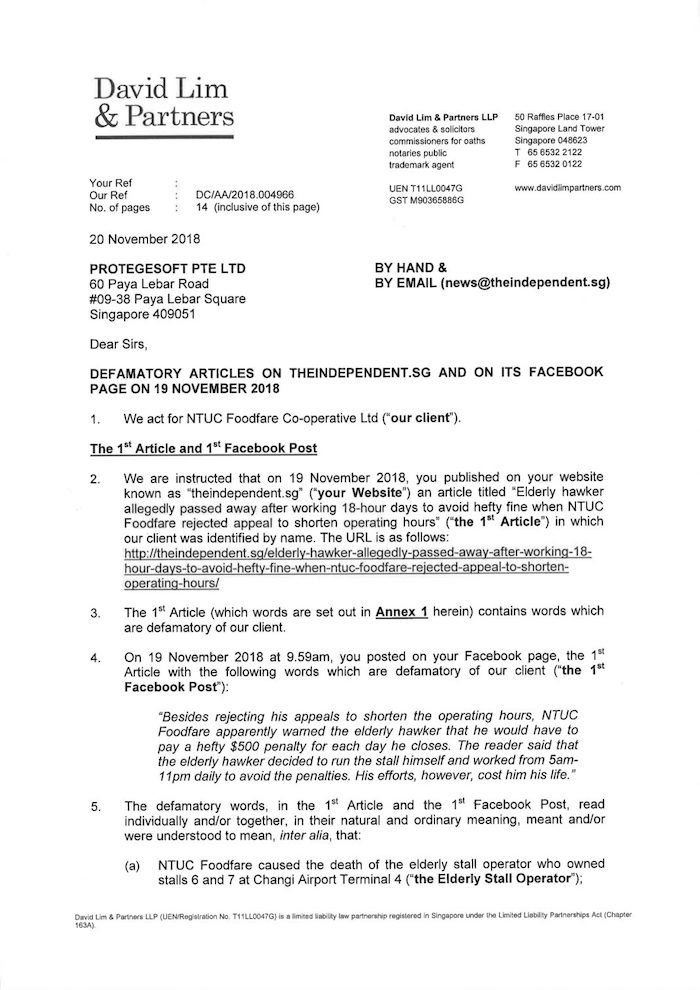 The letter lists the defamatory statements made from the site’s coverage of NTUC Foodfare’s operations. And alleged that multiple requests were sent to The Independent regarding taking down both articles and their respective Facebook posts. 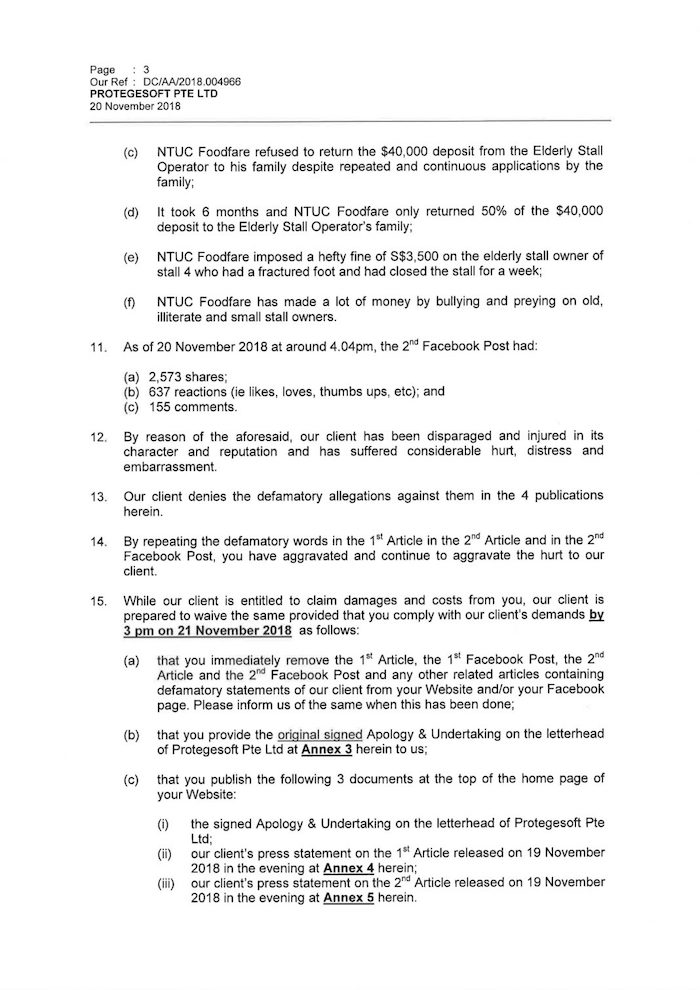 The lawyers asked for the removal of the articles by 3pm on Wednesday (21 Nov), otherwise the online publication would face legal action. 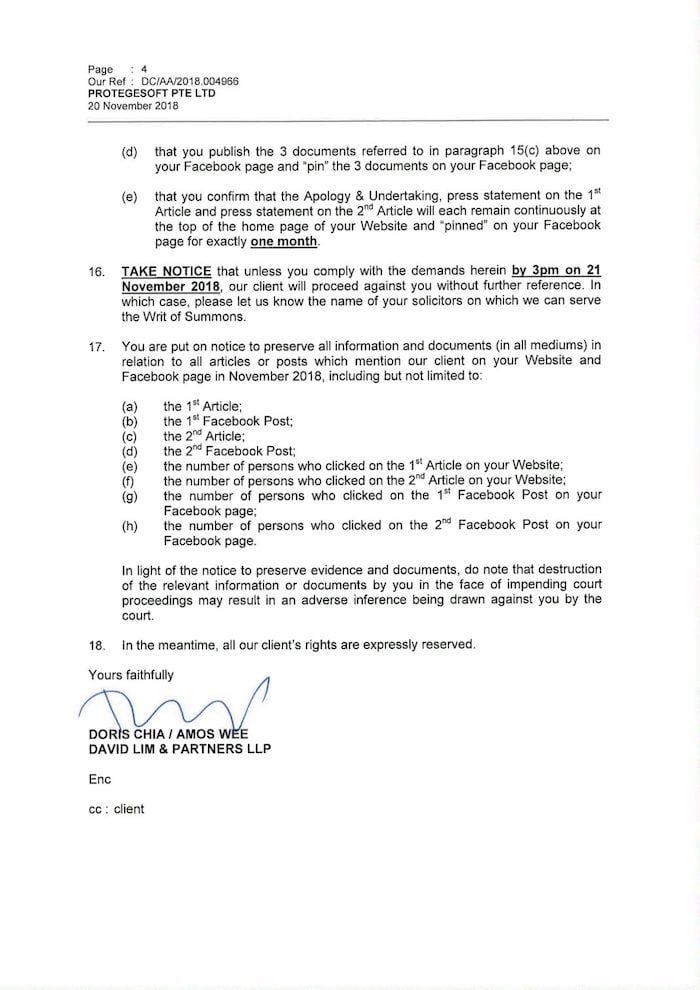 The Independent as the fourth estate?

The Independent refused to comply with the demands in the letter. In a statement, they referred to their publication as the fourth estate, and wrote,

“We are the fourth estate and want to give voice to the man on the street.”

The publication writes that they are “standing up for workers rights” and hope to serve as a “platform for whistleblowers”. They believe that their articles on NTUC Foodfare were factual and had “evidence” to back it up.

They also released a letter in response to NTUC Foodfare’s lawyers from David Lim & Partners. The letter’s contents question the operator’s practices which were based on a tip-off from their reader. 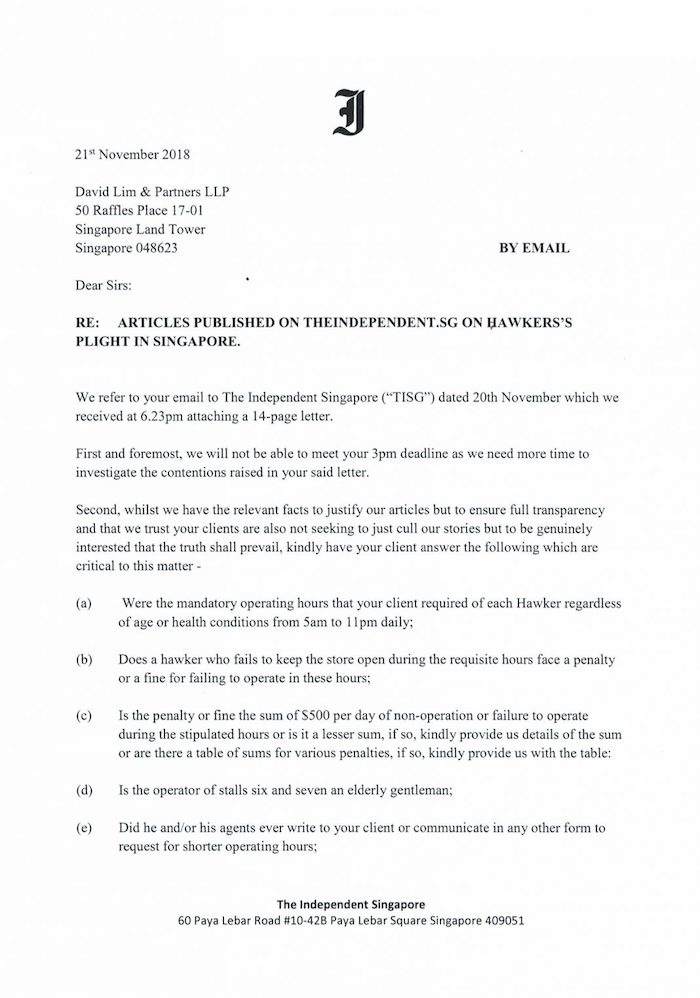 They referred to their publication as “fair and balanced” and clarified that they had a responsible team to investigate their stories. 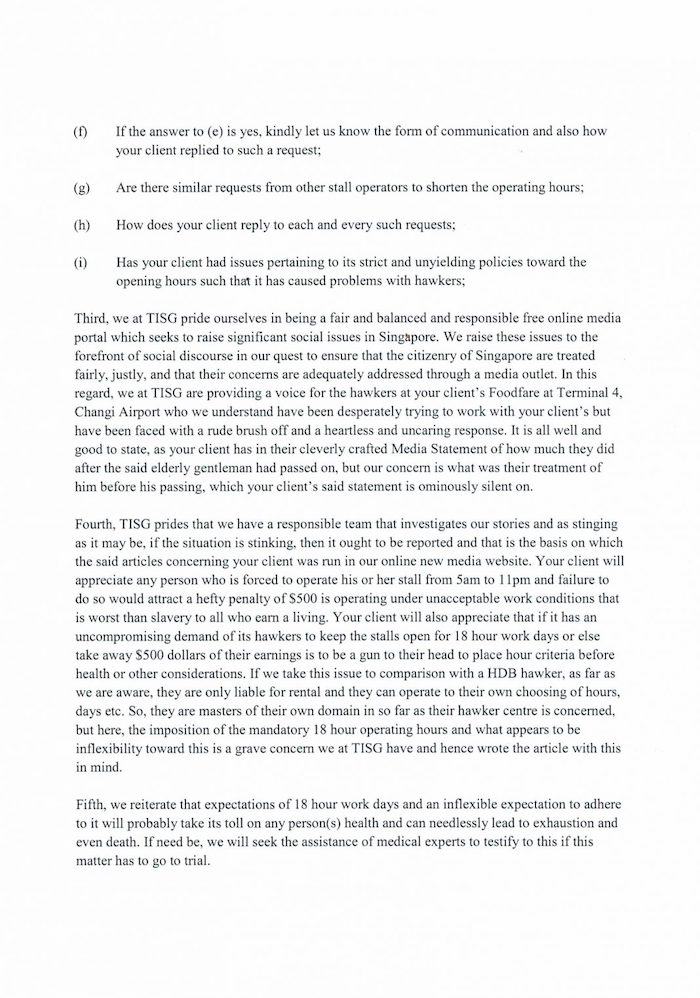 Finally, they stated that they would not take down their articles unless they were “proven to be utterly false, fabricated and baseless”. 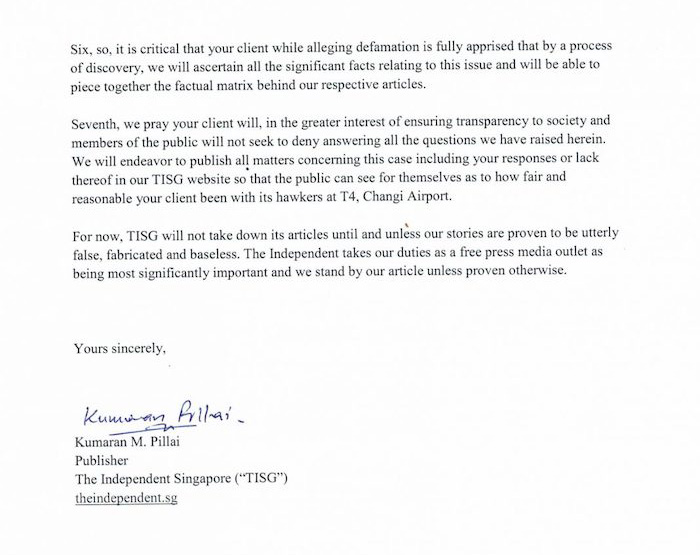 We all have our own opinions about hawkers and the media, but what about The Independent’s coverage of the two hawkers at Changi Airport Terminal 4 food court?

One netizen asked if NTUC Foodfare and other relevant sources were contacted for their side of the story before the publication. The reports on the elderly hawker’s death was based on a tip-off from an anonymous reader and the family of the deceased denied commenting on the issue.

In short, he thought we should consider if attempts were “made to reach the other side”.

Others believe that NTUC Foodfare has the “right to legal recourse” because of the nature of the allegations.

What about The Independent’s role as the 4th estate? Some believe that with great power, comes great responsibility.

Another pointed out that in spite of the misreporting, opening a store “18 hours a day is unreasonable”.

The Independent and NTUC Foodfare’s controversial battle of words will undoubtedly continue in the weeks to come.

To be fair, we haven’t seen all the evidence for the articles on the two elderly hawkers yet. Until they are uncovered, the story will still be based on an anonymous woman’s allegations.

Whichever side you’re on, we hope both parties will come to a peaceful resolution soon, without involving an actual lawsuit.