Man Allegedly Pays $27 For A Full Tank Of Petrol, Pisses Off Cyberspace

He Allegedly Claimed He Only Wanted 1/3 Tank

On Monday (15 Oct), a netizen witnessed a man allegedly paying $27 for $90 worth of petrol at Esso Telok Blangah.

In a Facebook post that has now gone viral, she says that an uncle had a dispute with the petrol cashier. We break it down after the jump. 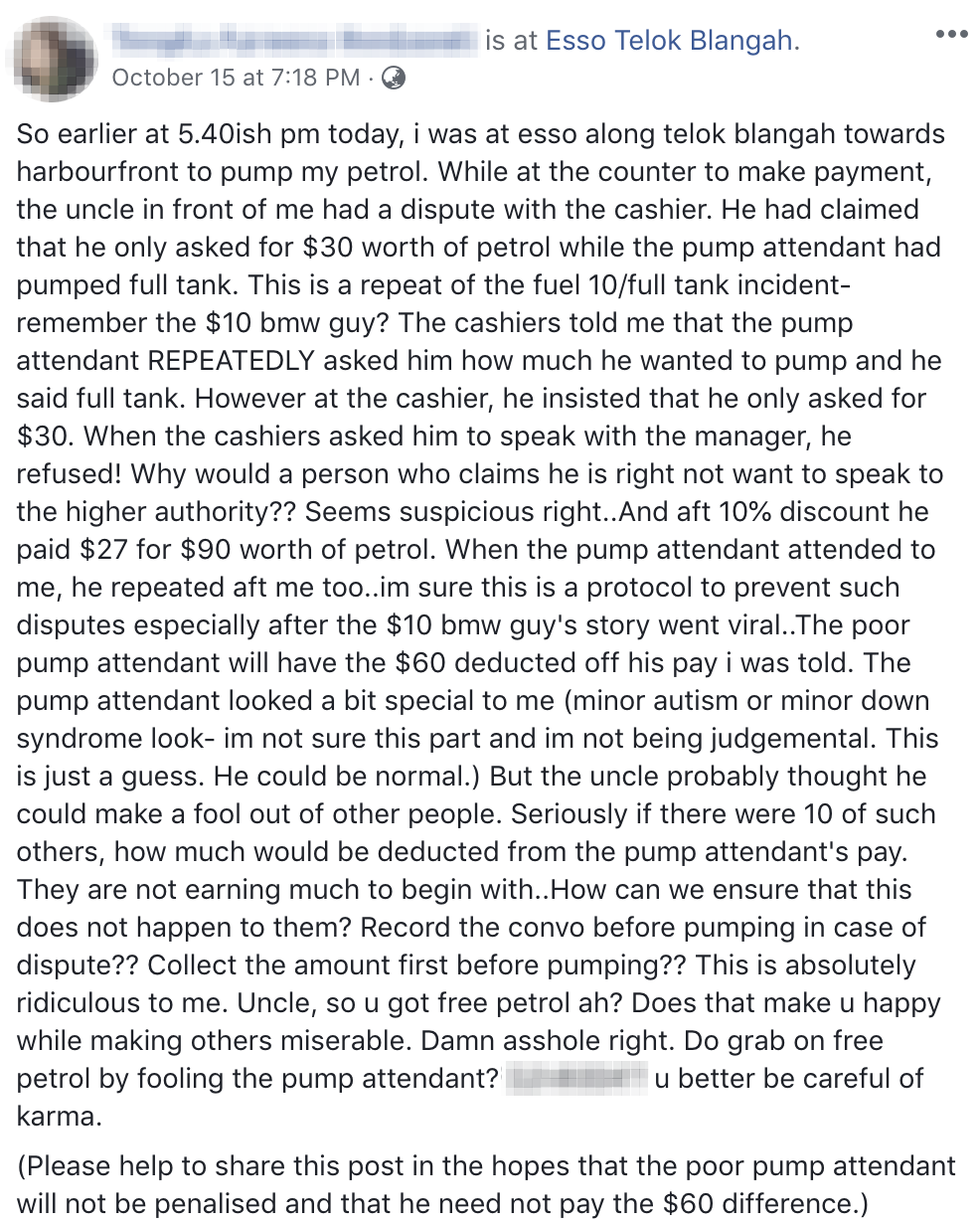 The uncle claimed that he asked for $30 worth of petrol instead of a full tank. But the attendant apparently went ahead to fill the tank completely.

The cashier insisted that the pump attendant had repeatedly asked the uncle how much fuel he wanted. But the uncle denied this flatly.

He even refused to speak to the manager. In the end, he paid $27 for the “mistake” and walked out of Esso Telok Blangah with a full tank.

According to the woman behind the Facebook post, $60 will be deducted from the pump attendant’s pay to make up for the loss.

Netizens being netizens, they had a lot to say about the “cheap” uncle.

And “scamming poor souls” is unfair. 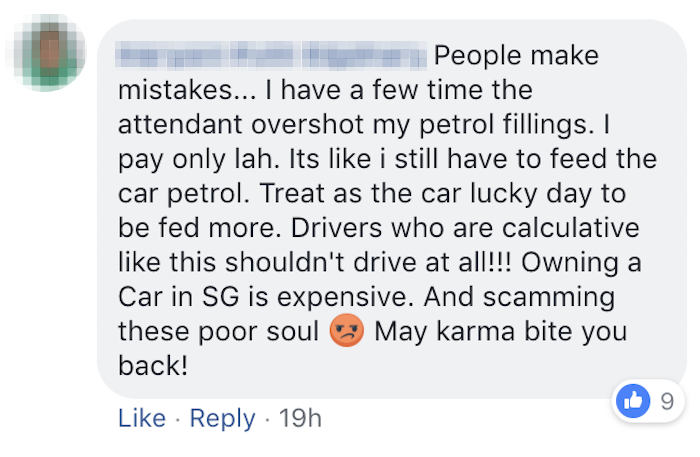 Nevertheless, we can all agree that karma is very real.

Since this isn’t the first petrol scam we’ve seen this year, maybe it’s time to consider how to make sure that petrol scams don’t become a recurring problem.

This netizen believes that Singapore should implement a “pay before you pump” policy. This seems tempting, since the “I asked for half but he pumped full” argument won’t fly anymore.

Some suggested DIY solutions like getting car owners to “key in the amount they require”.

Another quipped that pump attendants should wear body cams.

Or install cameras in pumps. 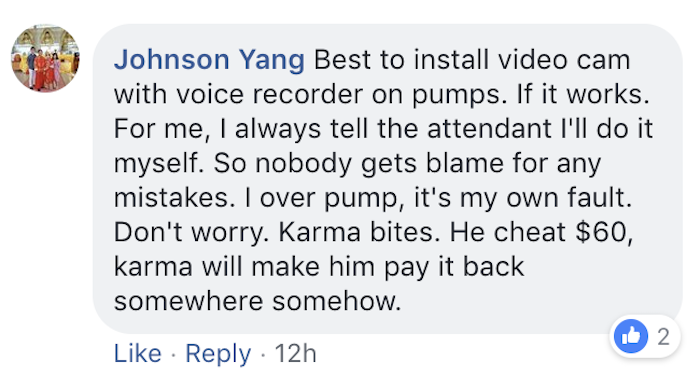 Getting more petrol for less

We can all agree that petrol is expensive, but there are some creative hacks you can try to reduce the load on your wallet.

Like twerking to get more petrol in your car. Fun fact, this took place at Esso Telok Blangah as well.

That said, we all want to get more bang for our buck, but never at the expense of someone else.

Next time, just twerk it till you make it.