Want to get more bang for your buck at a petrol kiosk? Just twerk your way to a full tank like this ingenious man.

This is how he hilariously werked it at a local station, in a viral video uploaded on 5 Sep by District Singapore.

Getting more bang for your buck

The video – filmed from a neighbouring car’s dashboard – begins with a man crouched within the boot of his car.

Clad in a white shirt and blue jeans, the man places his hands on his knees.

And then hilariously proceeds to rock his car with his body weight, using the sheer momentum from twerking his butt up and down.

This goes on for another 20 seconds or so, with a short break in between for good measure.

For the uninitiated, he was simply trying to get more petrol into his tank by rocking the car.

A netizen even praised his moves for being on “another level” altogether.

Others just wanted him to stop because it was “kinda embarrassing and tacky”.

And pointed out that he was just being a cheapskate, and would risk “spoil(ing) the fuel tank”.

Thanks to an iconic Cheers convenience store in the background, we can make an educated guess on which petrol kiosk this is. 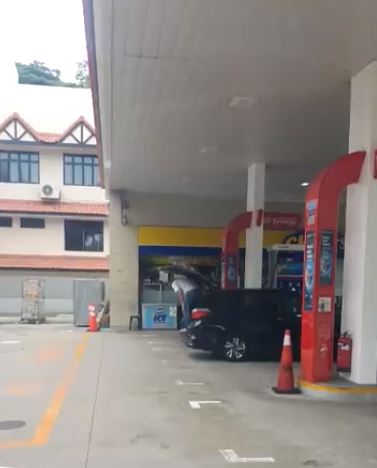 The video also reveals private houses located next to the station.

P.S. If you recognise this place, do drop us the address in the comments below.

Werkin’ it till kingdom come

As far as dance moves go, twerking may be so last season.

But getting your money’s worth of petrol, will forever be a classic maneuver. 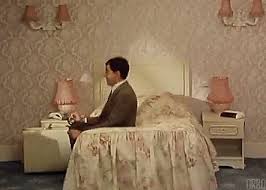 In all seriousness though, unless you’re a highly trained professional like this dude — only try this at home.