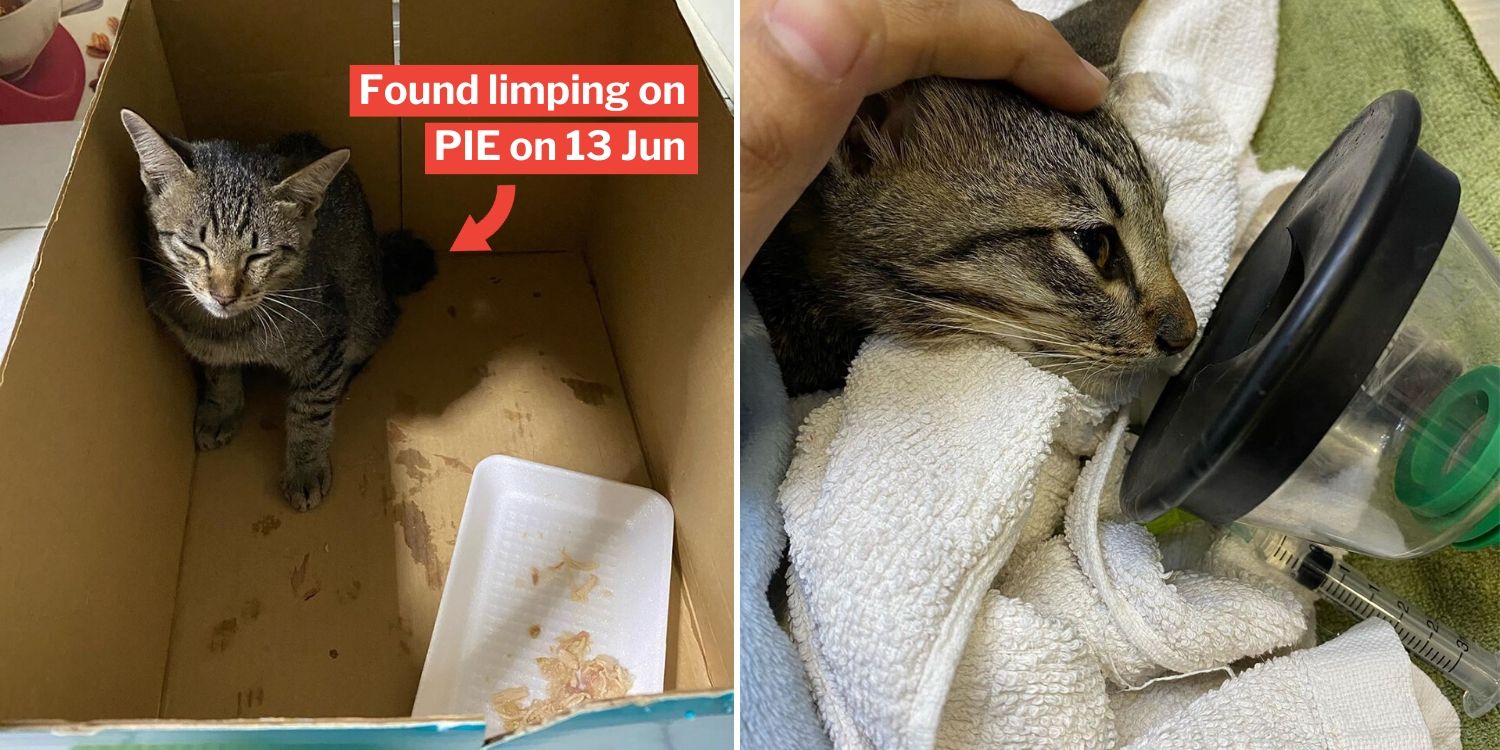 Cat Found On The PIE Dies With Rescuers By Its Side

Reading about abandoned pets in housing areas is heartbreaking enough, so imagine if the cruelty happened on dangerous roads.

A little kitty suffered the misfortune of being left in the middle of the Pan Island Expressway (PIE) on 13 Jun. While it was lucky a kind soul stopped to save it, the kitty couldn’t survive its injuries and died, just 3 days later.

Cat was limping in the middle of the PIE

On 13 Jun, the owner of Instagram account @cookiethemonstaa, was riding pillion on her father’s motorbike along the PIE when she saw a tiny creature limping across the road.

Thankfully, the red car in front of them managed to stop in time, and she quickly got off the bike to pick what turned out to be a small kitten up. 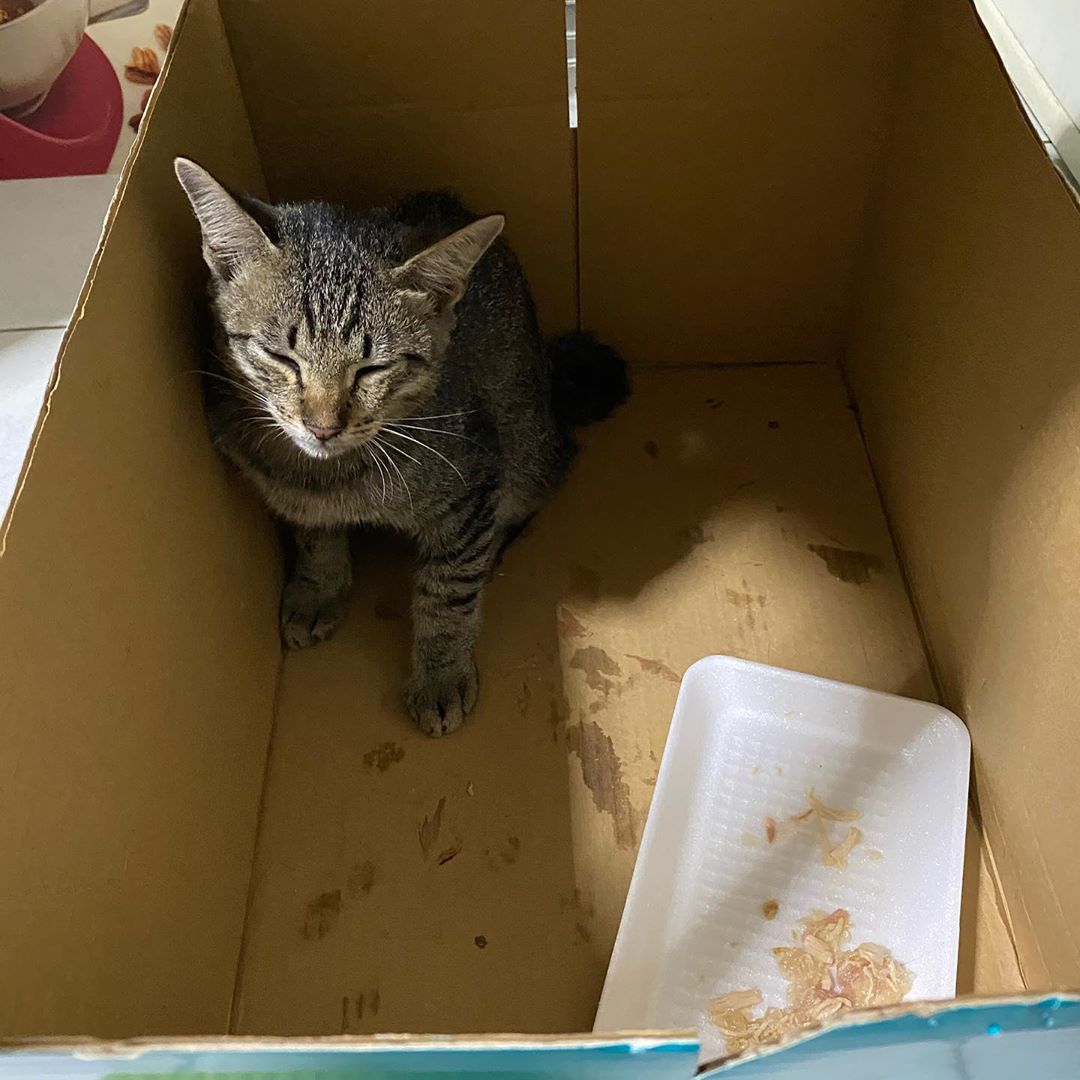 Without hesitation, she rushed it over to the vet, where the doctor declared the 1.36 kg kitten safe, with no internal injuries.

All it had was a “superficial laceration along its left hind leg” which the vet had cleaned and provided medications for.

The rescuer then took the kitten which she named Benny home, and appealed for potential adopters. While waiting for contacts, she nursed Benny and had even planned to get him vaccinated.

The next day, she noticed something amiss when Benny refused to eat, and continued that way till Monday (15 Jun).

She took him to the vet, where a blood test revealed that his kidneys were failing. The vet suggested putting him down, but she decided to get a second opinion.

Anxious, she contacted experienced rescuer Ms Fiona Loh for advice. Ms Loh wasted no time and brought both Benny and his rescuer to another vet with the hopes of giving him a second chance at life. 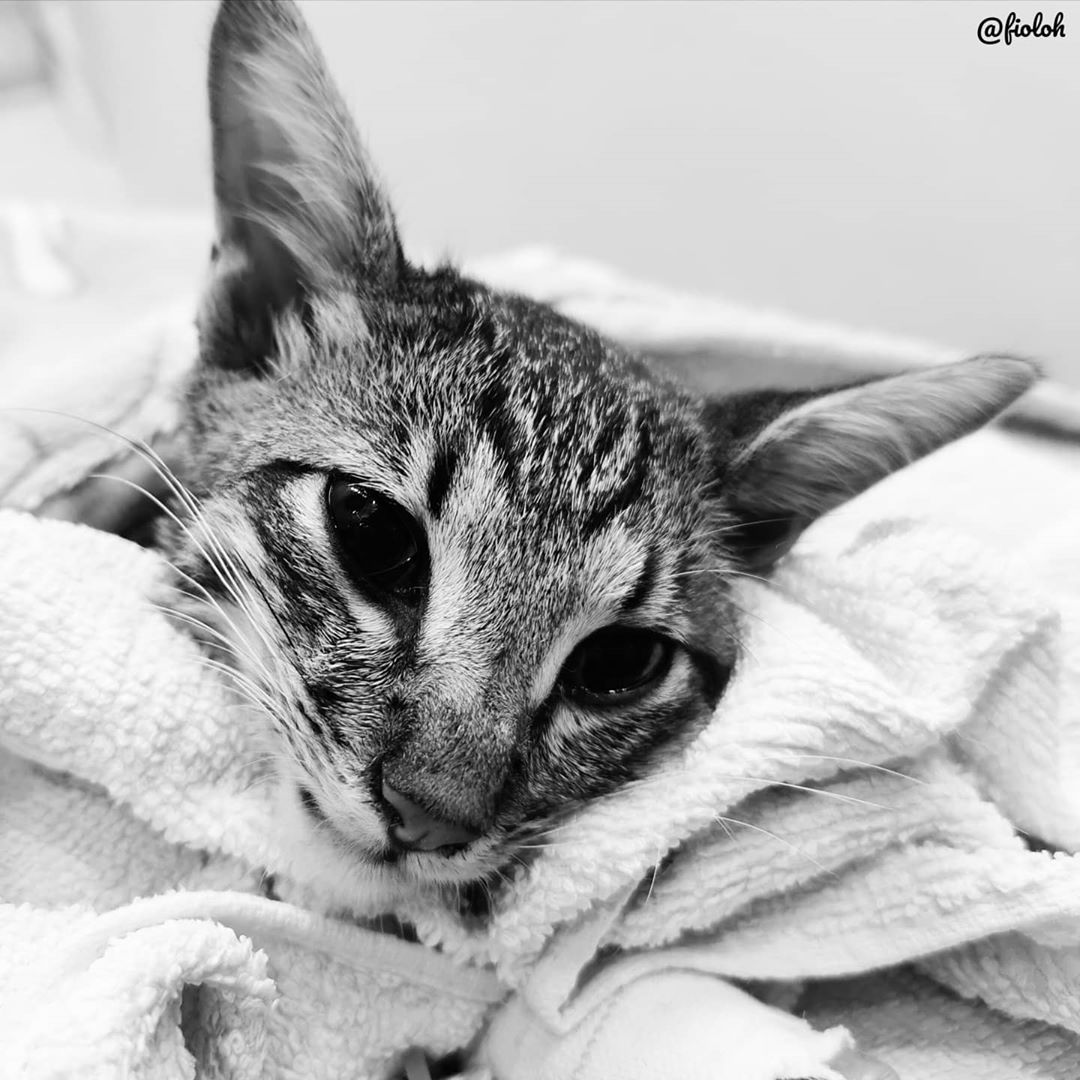 By then, however, it might have been too late. Ms Loh noted how Benny was “shivering”, and had a “critically low” temperature of only 32.4°C.

He didn’t have enough blood for tests. As his organs gradually shut down, and his blood pressure as well as heart rate declined, they gave him painkillers to ease his suffering.

Benny also needed oxygen support to help with breathing in his final moments. In a tragic yet perhaps relieving turn shortly after, Benny passed away on 16 Jun, with both his rescuers by his side, finally free of pain.

The power of kindness didn’t stop there for Benny, as a post regarding his treatment costs saw many others chipping in to help.

Donations from strangers helped Ms Loh cover Benny’s medical treatment, which amounted to a total of $831.06. 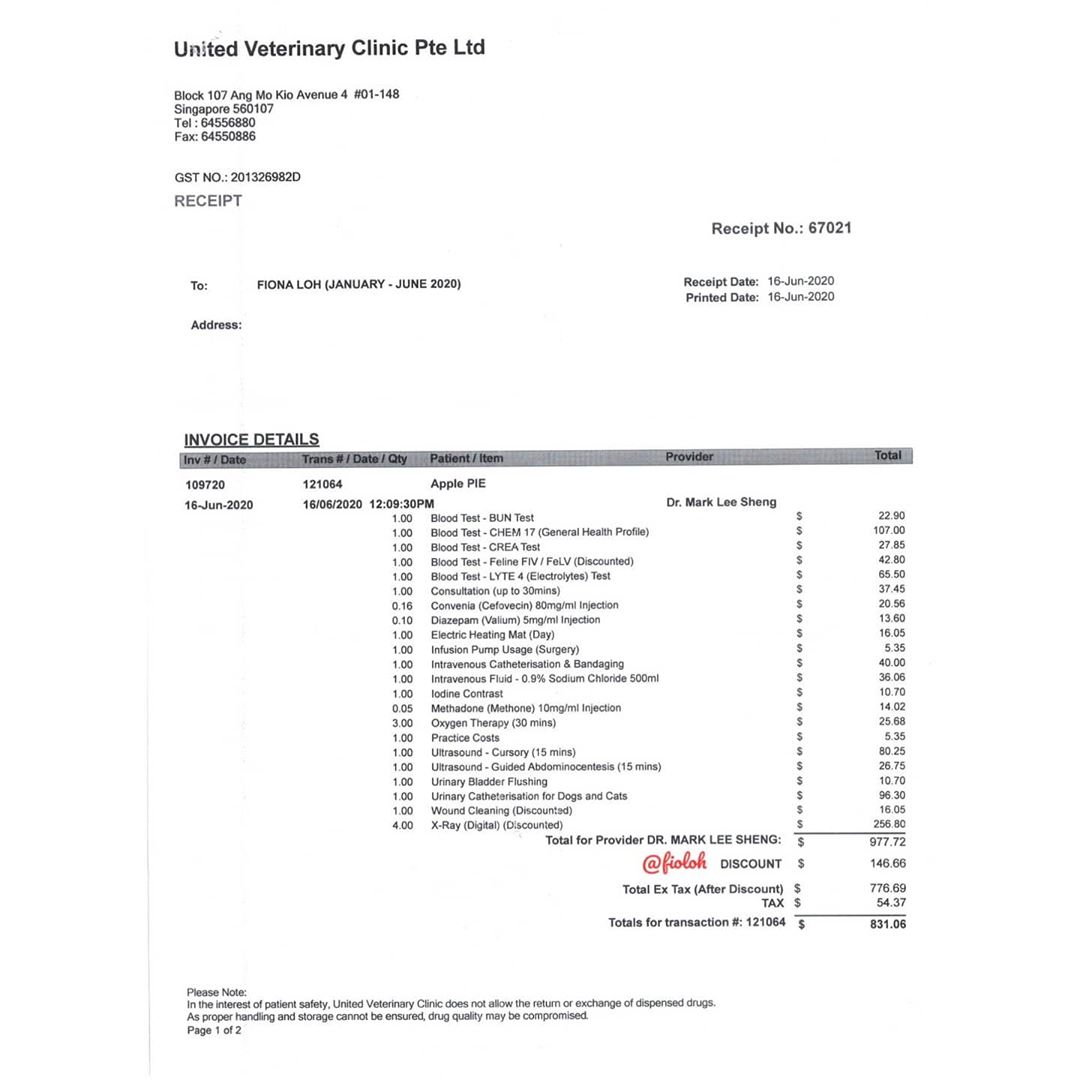 Truly, such compassion from our community is what gives not just us humans, but also animals hope.

Well taken care of in his final moments

Benny’s rescuer recalled how he appeared to have rolled onto the PIE the day she found him, leading her to guess that someone may have thrown him out of a moving vehicle.

Despite that disturbing possibility, we’re glad he had found loving humans to spend his last days with. He even bonded with his rescuer’s cat in his brief time at her home. 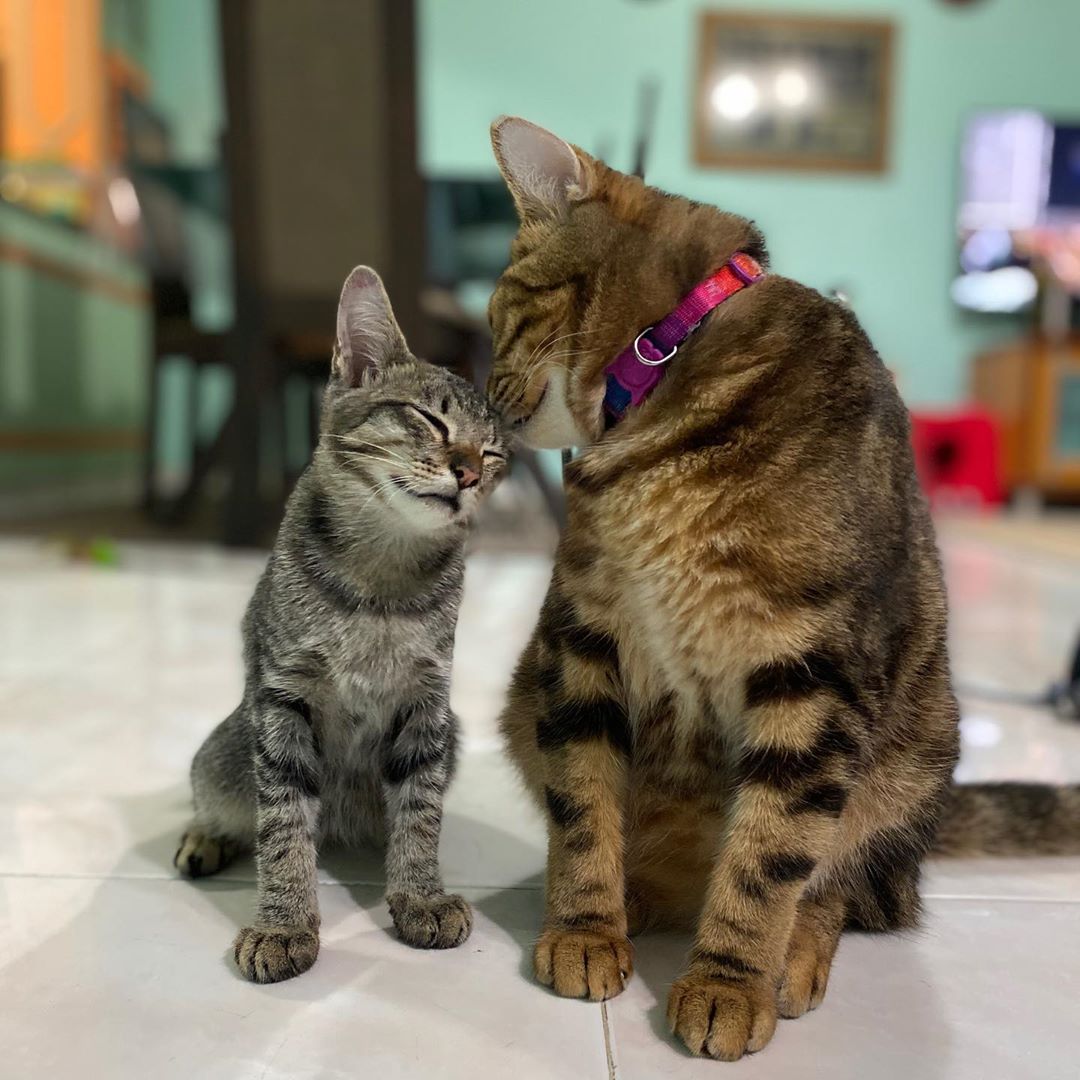 For those who own pets, we hope that you’ll take good care of them, or find someone who will if you can’t afford to anymore.

They deserve love as much as we do, and shouldn’t be treated coldly. To Benny’s rescuers, thank you for your selfless efforts in helping a harmless being.

We’re sure Benny is at peace in kitty heaven. Rest in peace, Apple Benny Pie.