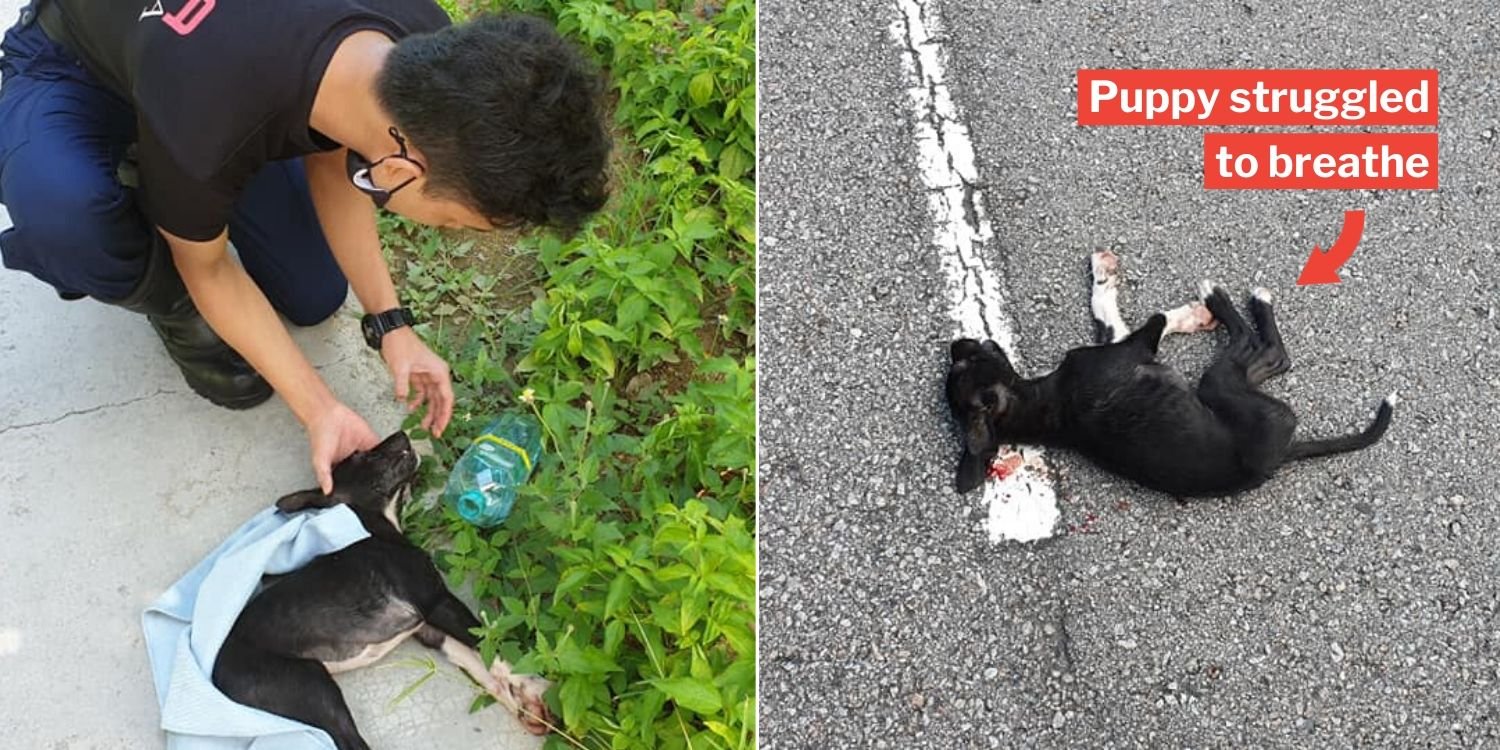 Animals, especially young ones, often have to fend for themselves in this fast-moving world. They may not know the intricacies of surviving among humans, such as crossing a road when it’s safe.

For one puppy in Tampines, it ended up getting hit by a car and was left severely injured and helpless on the road. 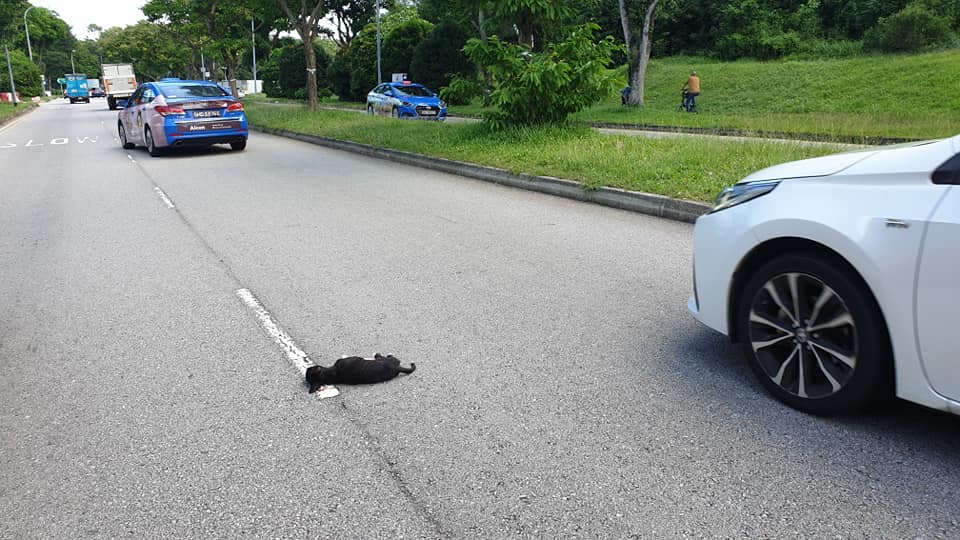 A man found the bleeding puppy abandoned in the middle of the road, as seen in his Facebook post on 9 Jun. The passerby contacted the Society for the Prevention of Cruelty to Animals, and the little one was immediately transported to the vet.

Unfortunately, the puppy had suffered severe brain and spinal cord trauma, and had to be euthanised on humane grounds.

While driving along Tampines Avenue 12 on Tuesday (9 Jun), the man spotted a puppy on the hard tarmac ground. Evidently bleeding, the dog has allegedly been involved in a hit and run incident at around noon.

It laid motionless under the hot sun and was struggling to breathe, according to the post.

Upon realising the situation, the driver immediately carried the puppy to a grass patch nearby. 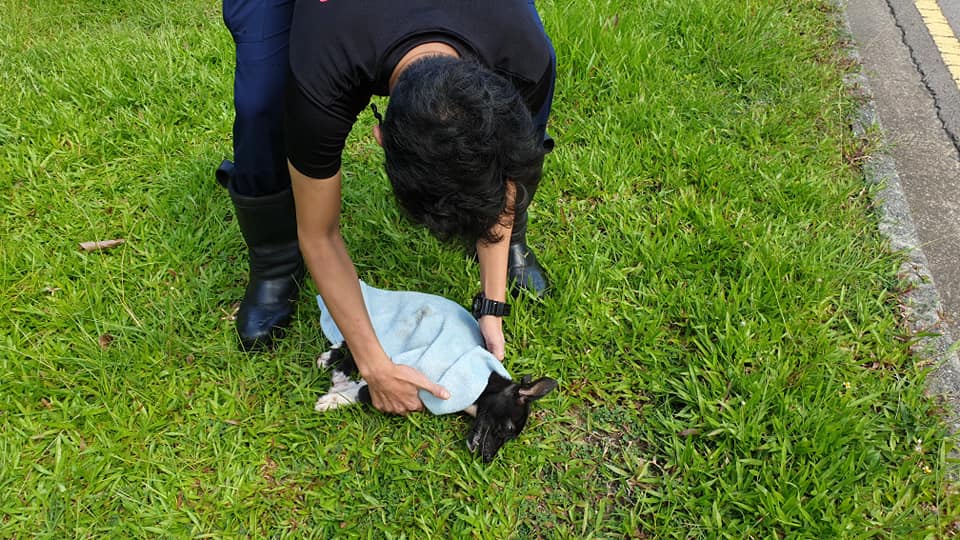 As observed in this video, he tends to the little one carefully, even placing a towel on top to keep it warm.

The driver phoned SPCA immediately and got assistance from a Singapore Civil Defence Force (SCDF) officer who was in the vicinity. 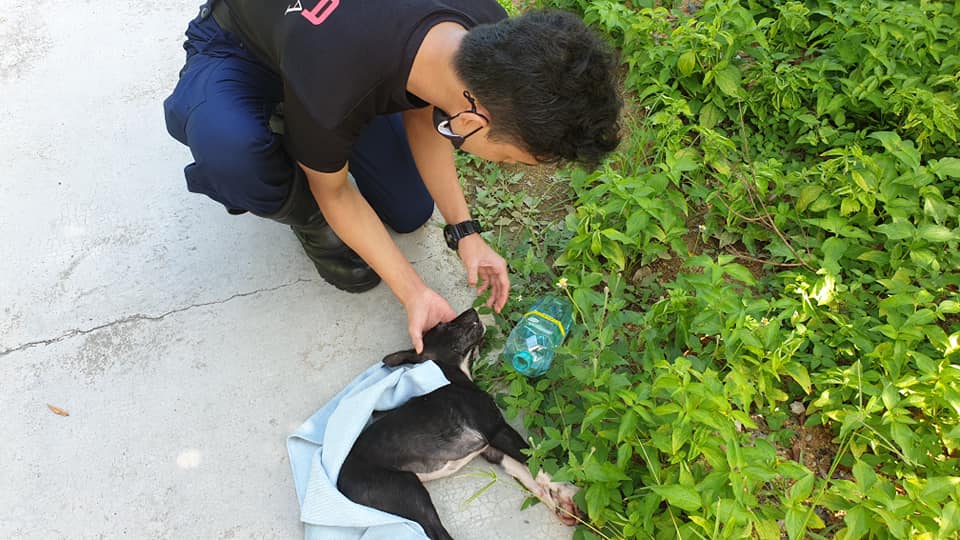 The puppy was still breathing on the way to the vet. 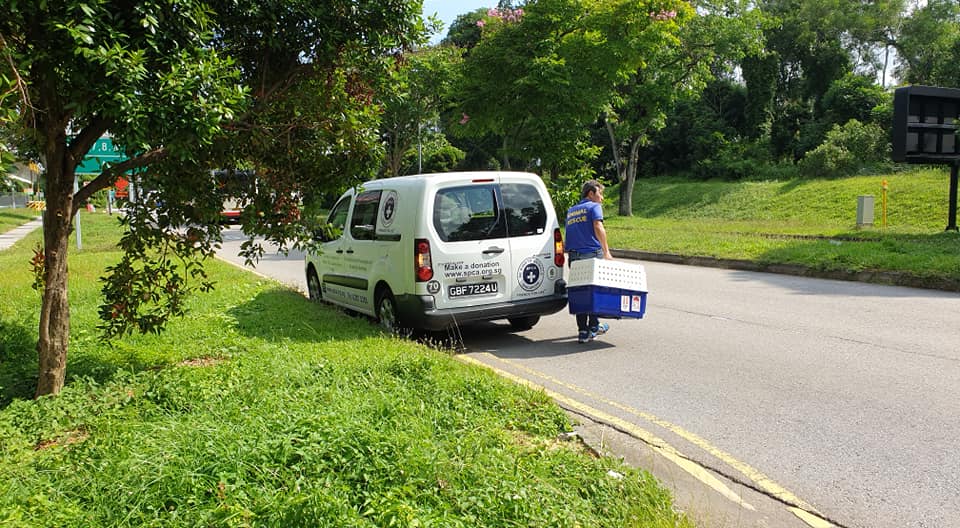 Puppy had to be euthanised

Unfortunately, the puppy could not survive.

The puppy was euthanised on humane grounds.

Dr Jaipal added that on average, SPCA attends to 5 emergency cases a day, and approximately 1 out of 5 are road traffic accidents.

If animals are injured by vehicles, members of the public should call SPCA’s 24/7 emergency hotline at 62875355 ext 9 for assistance.

He also urged those with information on this case to contact them. All information given will be kept in confident.

Be careful while driving

While on the road, it is important to keep a lookout for small animals that might be in your way even if we are an urbanised city.

Although a kind driver did not hesitate to rescue the injured puppy, it is truly tragic that the puppy could not make it due to its serious injuries.

Be it pedestrians or animals, we hope motorists can keep an eye out for them when they’re on the road.