While most of us were enjoying our dinners last night (9 Mar), Singapore Civil Defence Force (SCDF) officers were busy extinguishing an industrial fire at Pioneer. Pictures uploaded on SCDF’s Facebook showed the entire warehouse ‘swallowed’ by the fire, with thick grey smoke billowing from the blaze.

SCDF officers were apparently notified of the fire at around 8.10pm.

However, by the time they got there, the blaze had already engulfed the entire warehouse. A steady stream of grey smoke was also seen emitting from the building.

To put the fire under control, the SCDF deployed 31 emergency vehicles and 80 firefighters. As the operation reached its peak, 3 water jets, 2 monitors, and 2 unmanned firefighting machines were used. 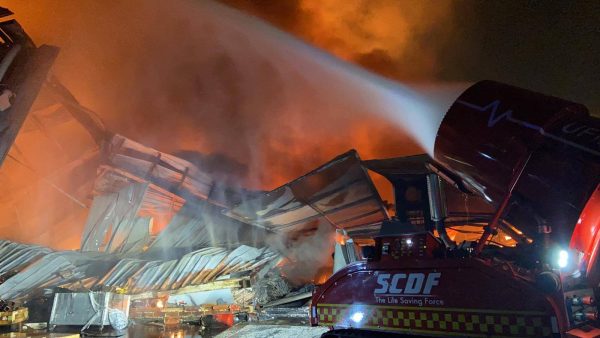 Plywood, household electrical appliances and furniture were reportedly among the objects stored in the warehouse. 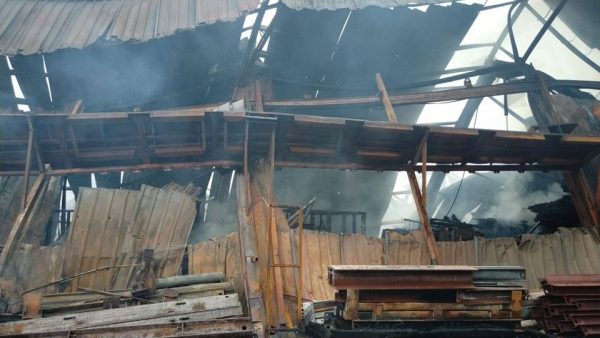 Fire brought under control after 3 hours

The fire was brought under control after 3 hours of firefighting, at around 11.10pm. 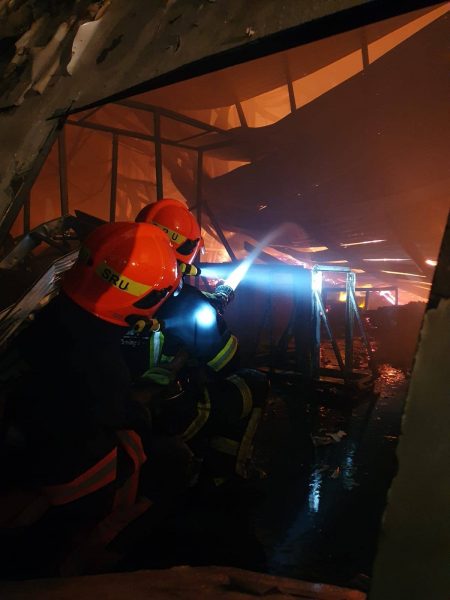 According to the SCDF, the intense heat from the fire caused the zinc roof to collapse completely.

This ‘trapped’ the fire, limiting the firefighters’ access and made it harder for them to reach the body of the fire. 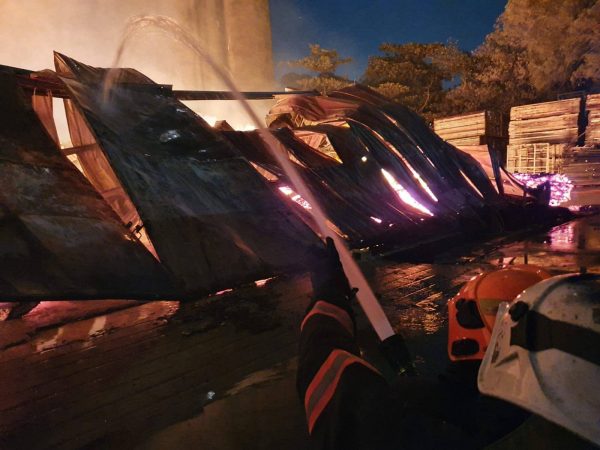 Despite the severity of the fire, there were apparently no reported injuries. 50 occupants of the warehouse had already evacuated by themselves prior to SCDF’s arrival.

As of 1am on Tuesday (10 Mar), SCDF officers were carrying out damping down operations. 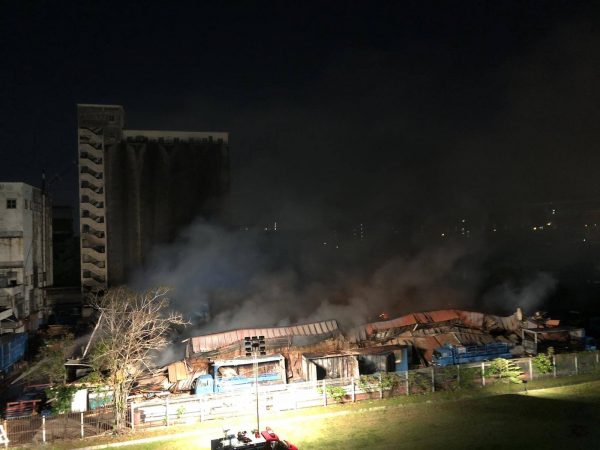 The cause of the fire is unknown at this time, and investigations are ongoing.

Kudos to the firefighters who extinguished the fire

Kudos to the SCDF officers who braved the heat to put the fire under control.

Commiserations to the tenant of the warehouse, who must have suffered significant losses as a result of the blaze.

Thankfully, no one was injured. Otherwise, this incident could have ended up way more tragic.