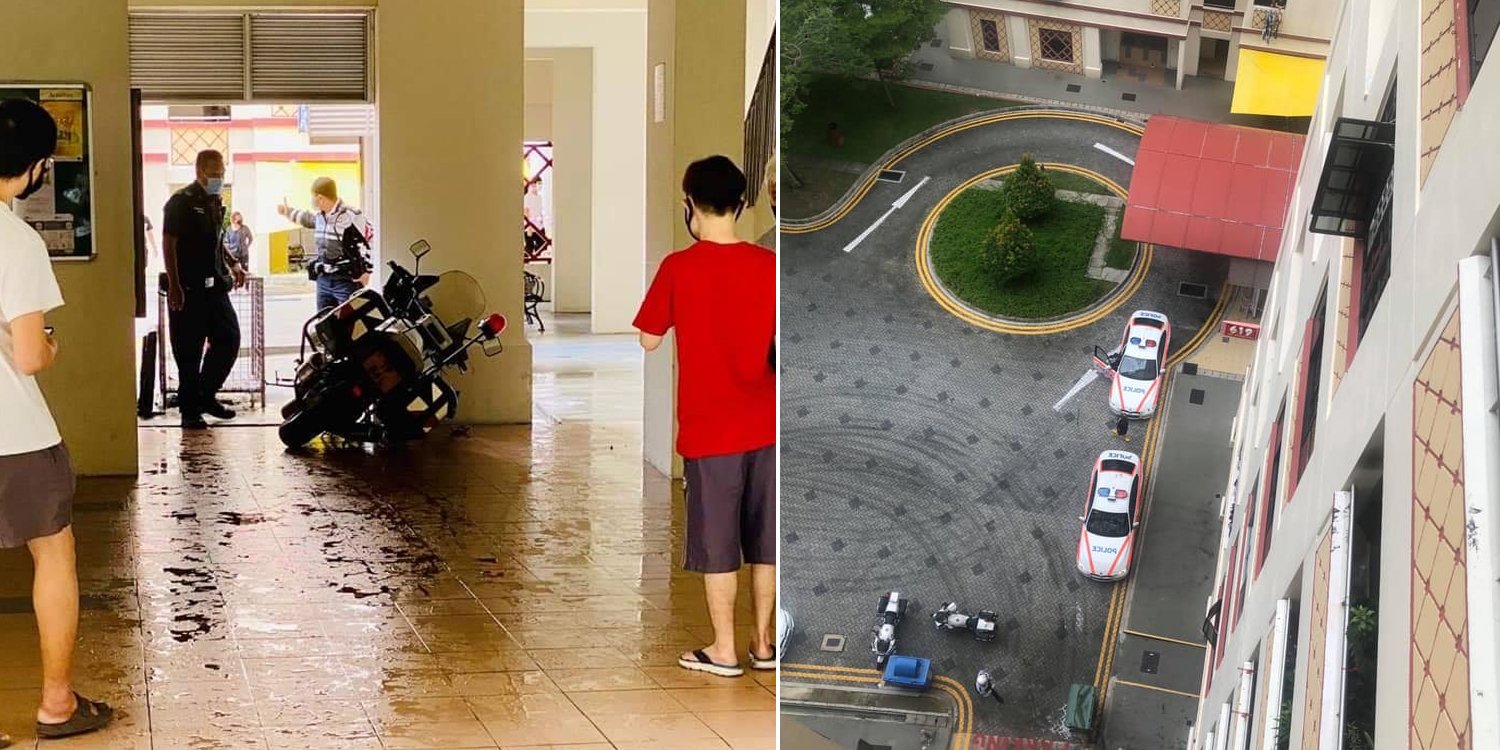 On Wednesday (27 May), however, a traffic police officer was apparently seen at the void deck of an HDB block in what appears to be a rather bizarre incident. While netizens couldn’t help but wonder how he ended up in the predicament, one witness apparently said that the officer had skidded and crashed while chasing after another bike.

Based on the pictures, the incident apparently happened near Block 619 along Ang Mo Kio Ave 4. 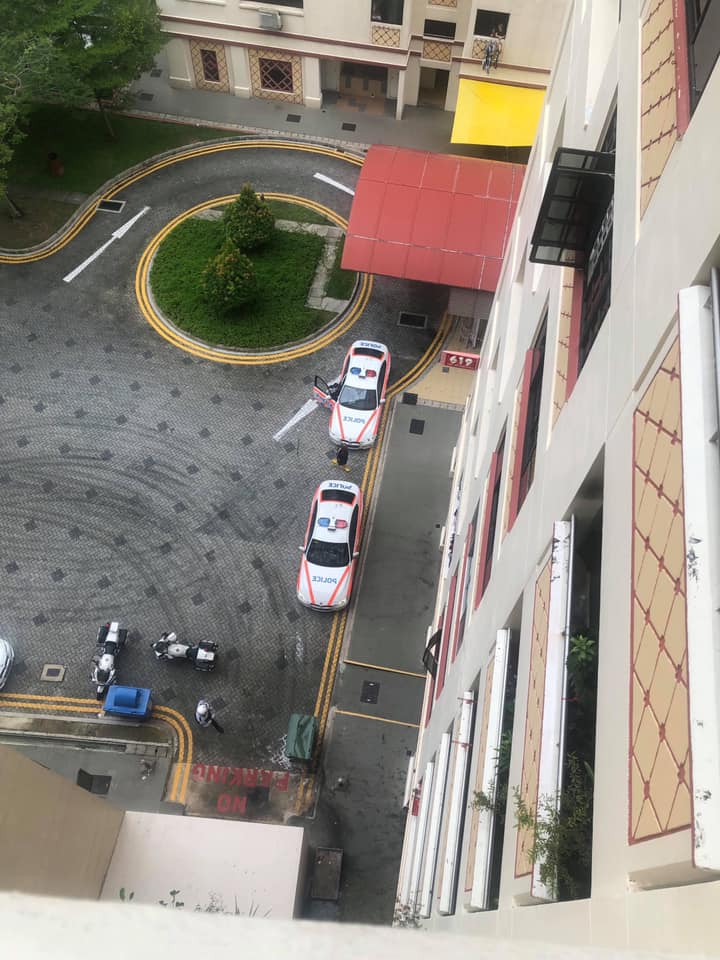 In one of the images uploaded on the SG Road Vigilante Facebook group, a traffic police motorbike was seen toppled over at an HDB void deck.

A man wearing the traffic police attire was seen nearby, appearing to be speaking and gesturing to another person. 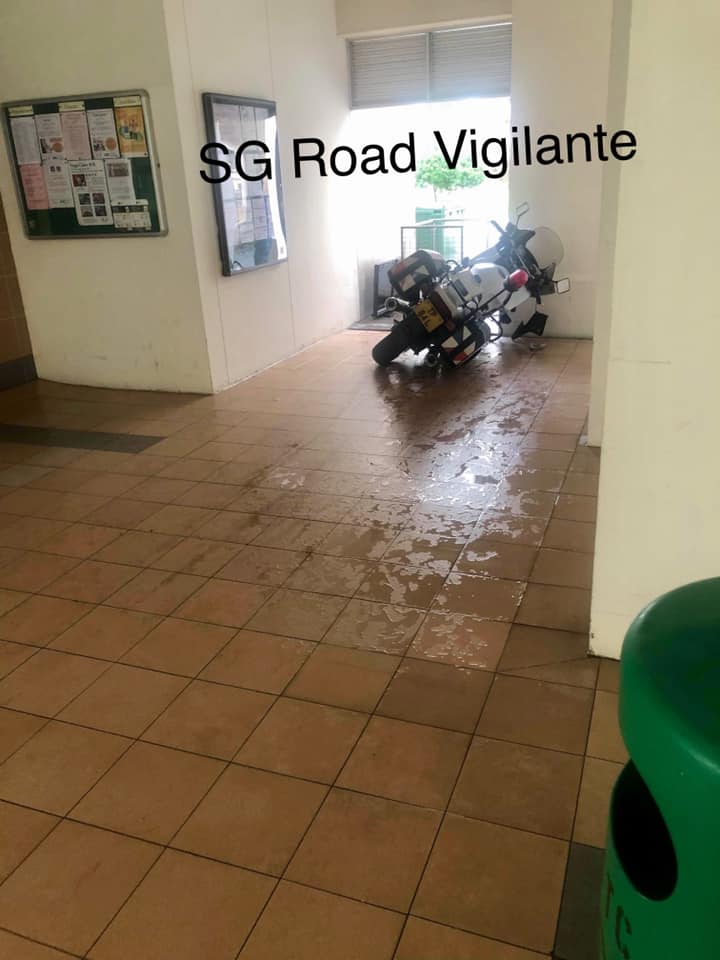 The surroundings were filled with streaks of water, which could’ve contributed to the incident. 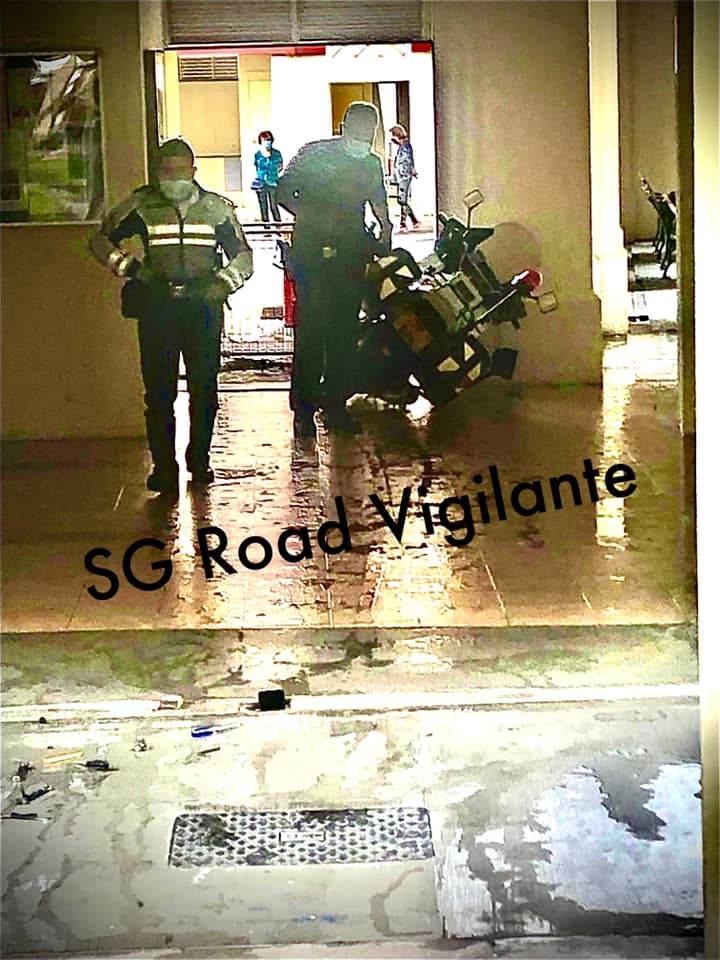 A crowd had also formed at the scene, presumably of people staying around the area.

At least 4 police cars and motorcycles were also seen parked near the HDB block.

A witness who stays near the block told MS News that she heard a “loud acceleration noise” followed by the sound of glass shattering.

According to her, the traffic police officer was chasing after another motorcycle at around 4pm on Wednesday (27 May) when he skidded at the void deck.

She added that the vicinity was wet as there were allegedly cleaning works going on at the time.

Metallic tools like spanners and screwdrivers were also strewn on the ground nearby, according to the witness.

MS News has reached out to the police and will update this article when more information is available.

Regardless of what had happened, we hope the traffic police didn’t suffer any serious injuries.

This goes to show the very real dangers that traffic police officers are putting themselves in whenever they don their uniform for work.

We hope this encourages Singaporeans to be more appreciative of their hard work to keep our streets safe.