Barely a step into parliament, this newbie Minister of Parliament is already making waves.

On 25 Jan, Acting Minister for Education (Higher Education and Skills) Ong Ye Kung gave his maiden speech in Parliament on 3 aspects of governance that need to suit the changing times.

In his 16m 40sec speech, Ong compares the evolution of animals to the way Singapore might evolve to achieve “faster legs, stronger hearts, wiser minds”. 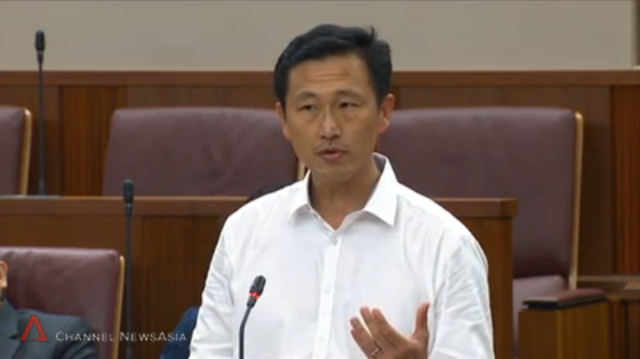 1. Holding on to principles but adapting to the environment

Ong believes Singapore should stay resilient in retaining core values, yet she must also change to keep up with the world.

Some principles – integrity, meritocracy, openness to the world – should be held steadfastly, while other things must evolve to suit new circumstances.

2. Critiquing policies and staying ahead

The Acting Minister of Education believes that Singapore can tap into China’s potential and markets in order to progress in the next 50 years.

In this new era, our post-colonial strategy of attracting [Foreign Direct Investment] remains relevant but it is not enough…

Today China drives the value chain. We must look at China now as a tremendous business and consumer market, and learn to tap into it.

3. Looking abroad for opportunities in the region

The Sembawang MP is encouraging Singapore to shift its focus to the asian region, and to seek for greater opportunities especially from China.

We used to encourage Singaporeans to anchor in Singapore. With a strong anchor planted, it is now necessary to seek our fortunes in the region.

4. Having a robust and unique Singapore Identity

With a stronger heart, we will develop a more distinct national identity, and strengthen the Singapore soul. That will be our monument for the next 50 years.

5. Government should identify the most salient issues

Perhaps Ong is referring to how the government was overly focused on numbers.

Thus, he might be planning to pay attention to other aspects of governance which would matter more than crunching out pure statistics.

What we need is a clear focus on what truly matters – the worth of an individual, the standing of institutions, people and country, which can only be captured in part by numbers.

6. There should be more to governance than just rules in this era

He is implying that the complicated nature of current society requires more flexibility to policies, rather than enforcing rigid rules.

Thus, man should not be stringently bound to follow rules.

This is because the world is now too complex to be reduced to rules. Rules are made for Man, not Man for rules.

7. Numbers are misleading and mean little without exercising judgement

A context specific approach should be used instead of taking numbers at face value.

For example, when assessing if a person need help, “wiser minds” are required to come to a conclusion, as compared to taking numbers and blindly categorizing them into income groups.

Who is to say a person earning $2,500 but supporting two handicapped parents is less deserving of help than someone living alone earning $1,500.

8. We need judgement to access a range of merits, and a single unit is not enough to access people

Ong means that people are complicated beings and cannot be simplified to a single attribute, and neither should government qualify them solely based on a number.

Thus, judgement is required to pick out these attributes and weigh them against each other.

Judgement is most needed when it concerns people. I have spoken of a need for a broader definition of merit. All the qualities, attributes, interests, achievements and moral grounding of a person cannot be expressed in one metric.

Is that a slur taken against the overly-academic assessment used in the Education system?

9. A fine-tuned exercise of judgement should resonate within the entire system

Perhaps to some people, judgement and discretion might appear suspicious.

To this issue, Ong addressed the fears of judgement by adding that without the “law by law” approach, “there is no comfort in numbers, there is fear that the system is not transparent and therefore unfair”.

This means that people are afraid that by giving government the prerogative, and not stringently following rules, the government can take advantage of the situation leading to an unjust system.

“But relying on one number to make decisions when life is so complex cannot be fair, cannot be just. A well-calibrated, greater exercise of judgement must permeate throughout our system over time”

Therefore, he means that fine-tuned judgement can mitigate the unfairness and injustice of using a single number to make decisions.

10. How should government exercise judgement?

Ong has thought how to practice good judgement carefully.

Basically, the Sembawang MP is saying that “wiser minds” and years of practice and experience, and taking up responsibility are required to exercise good judgement.

He also implies that his method of using judgement instead of blindly following rule and numbers can make a huge positive difference to the system.

“Exercising human judgment does not mean we simply use our gut, or to bend rules willy-nilly. Good judgement is exercised through training, years of experience, and assumption of responsibility. This is far more difficult – but far superior – than simply sticking to rules and numbers”

Newbie MP is not so bad after all

Ong Ye Kung has made several interesting and salient points in his maiden speech.

He has also questioned the existing system and shown his passion about improving this system.

Kudos to his foresight and intelligence showing his “wise mind”.

But we still can’t believe he became the deputy director at the Ministry of Communications when he was just 24 years old.