Zuck meets the PM, gives him a block of wood

Prime Minister Lee Hsien Loong is spending a week in San Francisco, spending some time with tech CEOs and doing what it is that tech people do.

He also dropped by Facebook’s headquarters in California, and hung out with FB founder Mark Zuckerberg.

And Mark, ever the gracious host, presented a gift to the birthday boy PM Lee, who celebrated his 64th birthday on 10 Feb.

That’s not just a box — that’s an art piece engraved with PM Lee’s own code for a Sudoku solver.

Mark even praised PM Lee for being one of the “only leaders in the world who knows how to code”.

That might explain the Zuck’s excitedness at meeting a fellow geek who happens to be a world leader.

In contrast, when Mark met Malaysian PM Najib, in 2013, he looked utterly nonchalant. 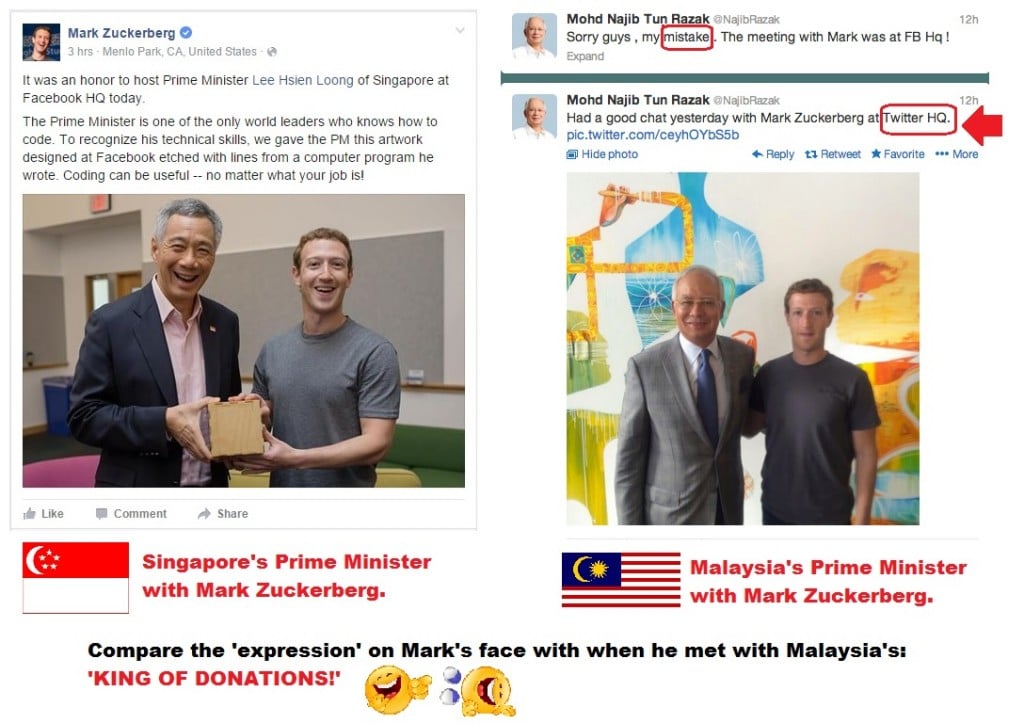 The Malaysian PM then hastily corrected himself saying that it was “FB HQ”.

Who else did PM Lee visit? 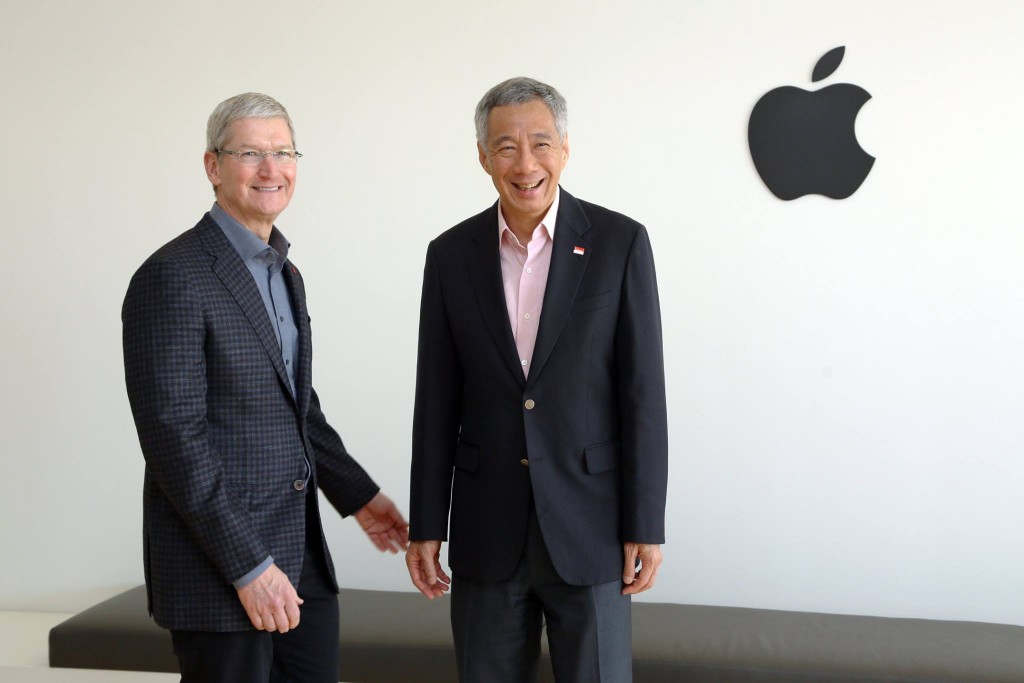 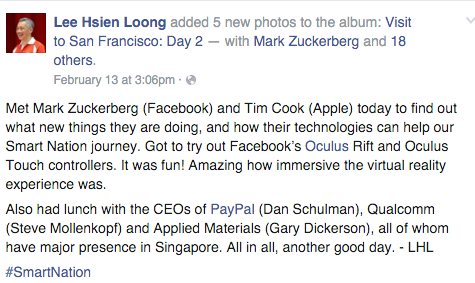 The Singaporean PM also met Eric Schmidt, Alphabet executive chairman and Sundar Pichai, Chief Executive at Google Inc who presented him with a small gift of a winning doodle from the Singapore Doodle 4 Google Competition.

Although PM Lee was busy meeting important people, he also hung out with fellow Singaporeans working in Facebook’s offices.

He also met up with Singaporeans living and working in San Francisco in a roundtable session.

Looks like PM Lee really cares about Singaporeans — despite them working from home.

What did PM Lee do?

While at Silicon Valley, the just-turned-64-year-old PM got into a self-driving Google car and seemed to enjoy every moment of it.

Our PM also got a tour of the Tesla factory.

Although he didn’t seem as impressed — perhaps it was because the “car” he was on resembled a children’s attraction? PM Lee also had a taste of virtual reality with Facebook’s Oculus Rift — and he seemed extremely engrossed during the demo.

Turning 64 in a foreign country

PM Lee had to celebrate his 64th birthday in the United States.

However, looks like his birthday was fun-filled and exciting, and he got to meet leaders in technology — and find out about their admiration towards him.

It must have been a worthwhile trip after all.