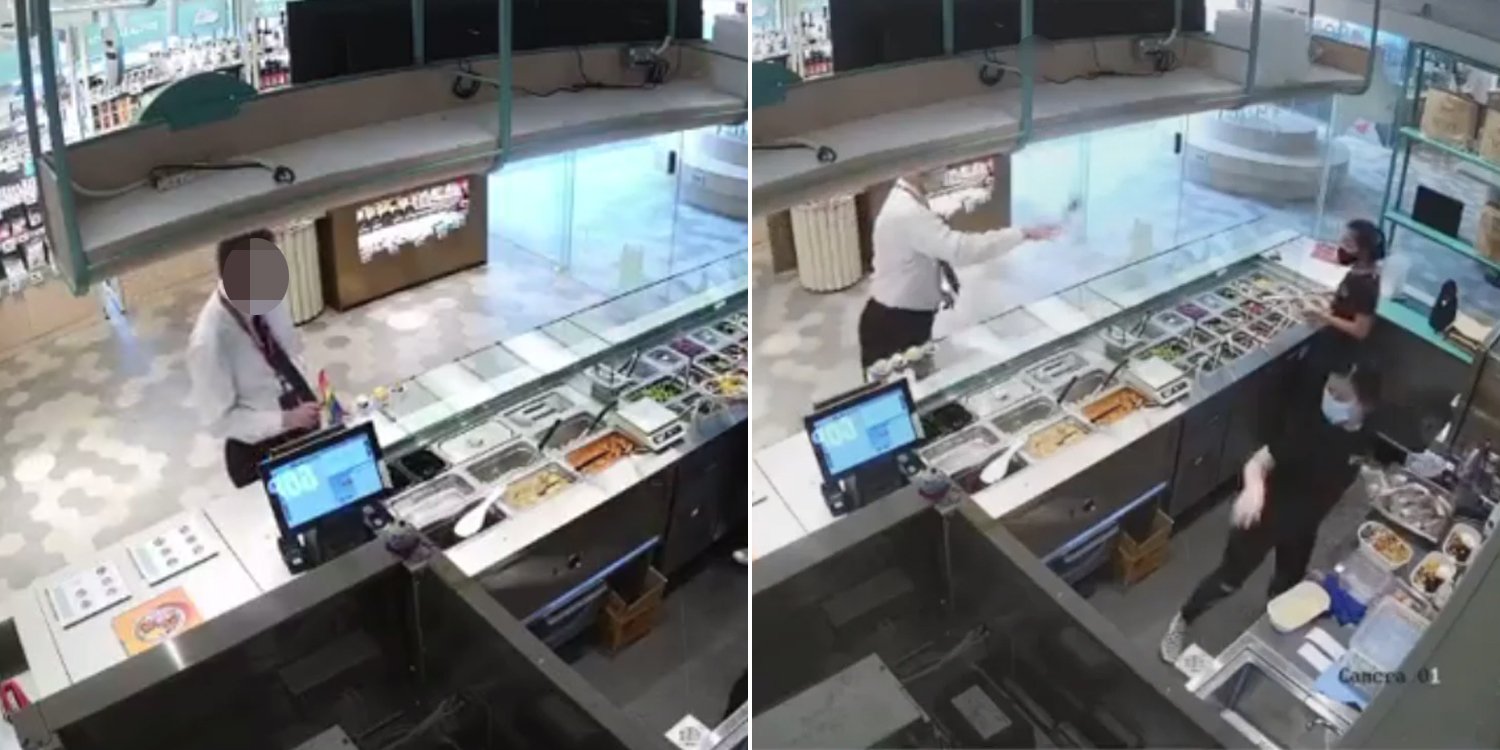 Singapore has managed to progress as a country while being home to a diverse society comprising people of different faiths, ethnicities, and even sexual orientations.

Though there are inherent differences between each of us, most people in Singapore have no issues agreeing to disagree on these matters.

While such conclusions are usually silently acknowledged, a man decided to express his views openy while visiting an eatery at Lau Pa Sat.

Footage of the incident was shared on SMOL Singapore’s Facebook page.

On Monday (18 Jan), a middle-aged man allegedly questioned the owner of SMOL – an eatery at Lau Pa Sat – about a rainbow pride flag displayed on the counter.

In response, the owner said it’s to show support for the LGBT+ community. 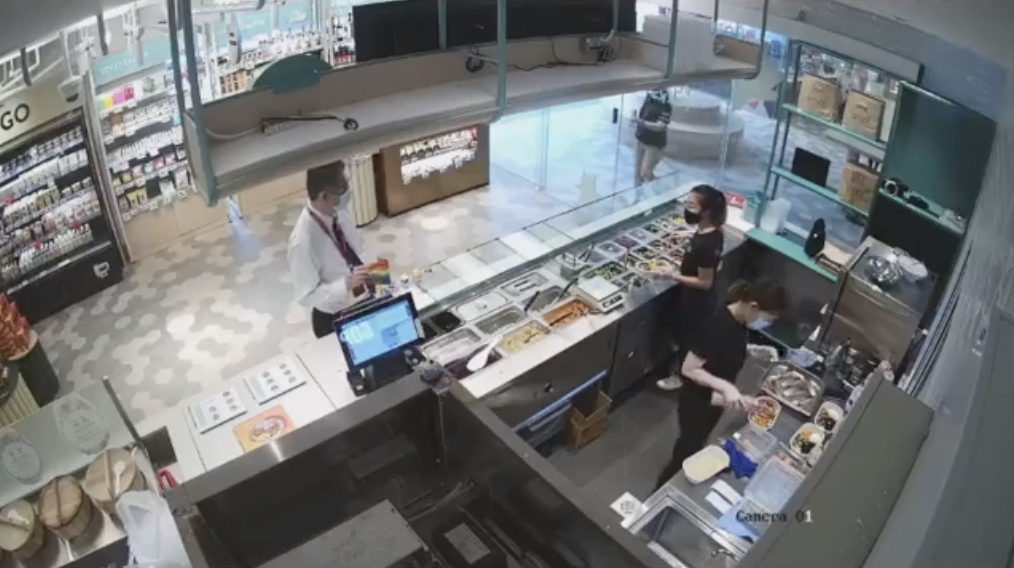 The man walked away, showing his disapproval, but comes back a while later allegedly saying that Lau Pa Sat is a public food court and that not all of its patrons are LGBT supporters. 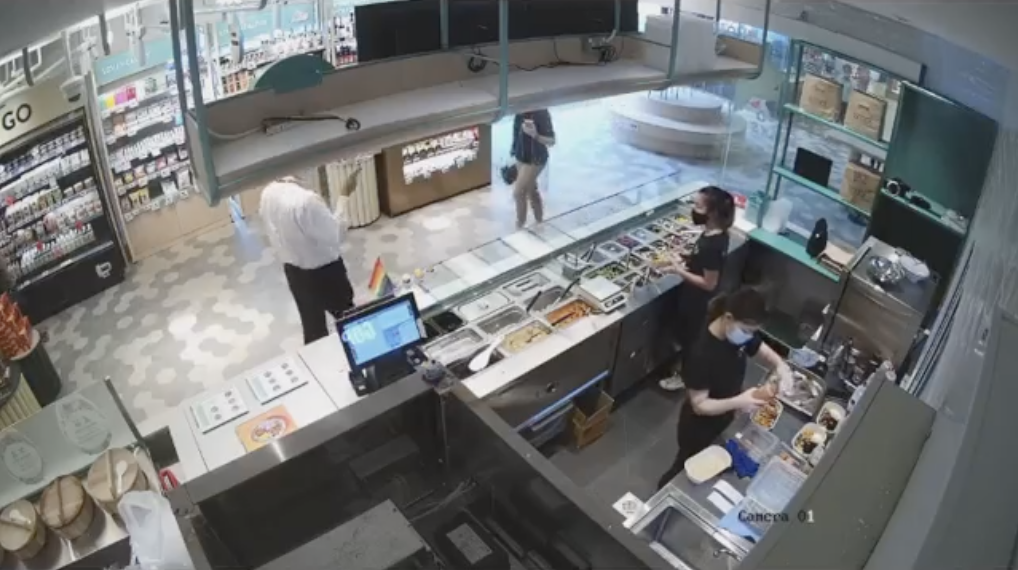 Hence, he claims that the flag shouldn’t be displayed openly.

Without warning, the man walks towards the counter, rips the pride flag, and throwing it forcefully at a staff member.

He then allegedly said that people such as SMOL’s staff are “destroying Singapore”. 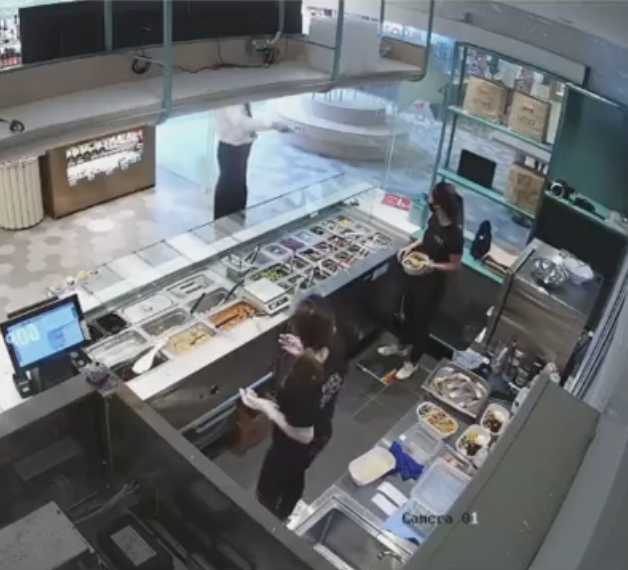 In the post, SMOL’s owner says she believes in using her business to amplify the voices of the marginalised, adding that the small pride flag on their countertop shows solidarity while acting as a conversation starter.

She said while the incident was unfortunate and didn’t have to involve the use of force, it’s also a reminder that discrimination in Singapore still exists.

While the owner is concerned about her staff’s safety, she said SMOL will continue to display the pride flags at their outlets to support the LGBTQ community.

No need for violence

It is saddening that some are willing to forcefully show their displeasure towards a group in our country.

However, it’s also heartening that businesses such as SMOL remain steadfast in their support towards a marginalised community.

Let’s hope that Singaporeans will be able to settle disputes without having to hurl anything, be it objects or vulgarities.

Have news you must share? Get in touch with us via email athello@mustsharenews.com.