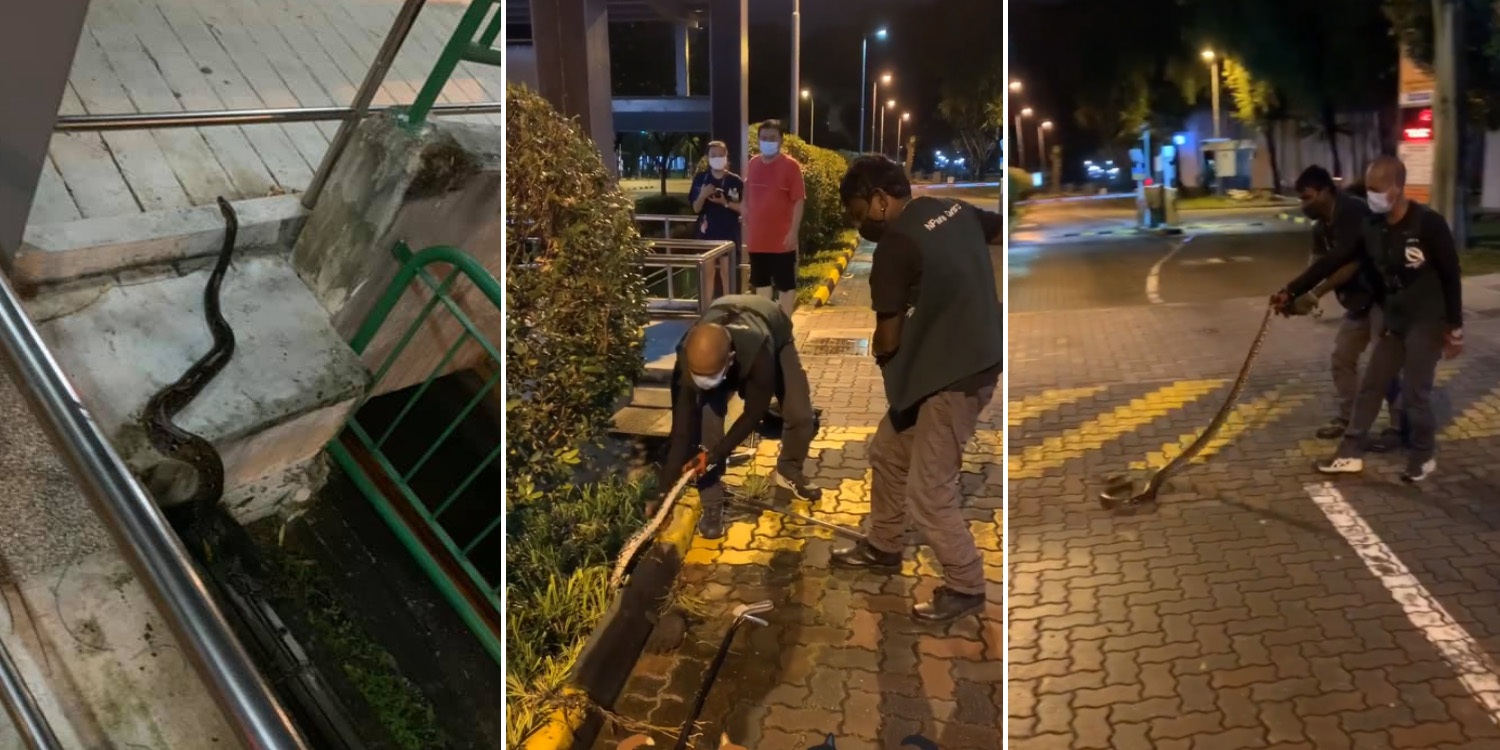 There have been several python sightings of late, some were tragic encounters that saw cats end up being meals of these slithering creatures.

In Jurong West, someone spotted another python lurking around a HDB flat on Sunday (13 Sep) night. He immediately called National Parks Board (NParks) for help. 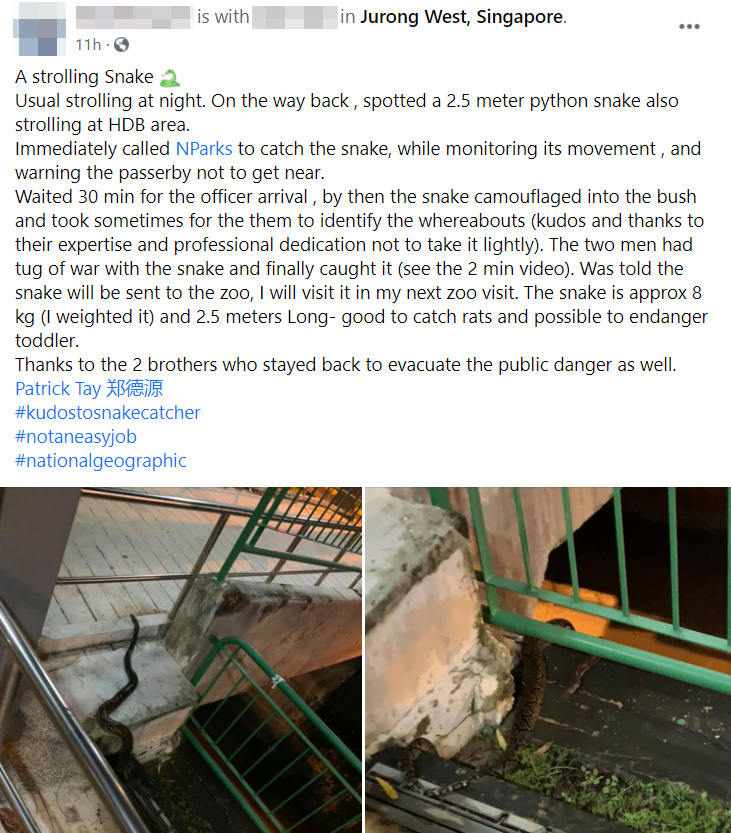 After a brief ‘tug of war’ between NParks personnel and the python, they successfully caught the 2.5-metre creature.

Spotted python while out on a stroll near Jurong West HDB

According to the Facebook post, the OP was out for his usual night stroll, when he spotted the python that probably had the same activity in mind for the night. 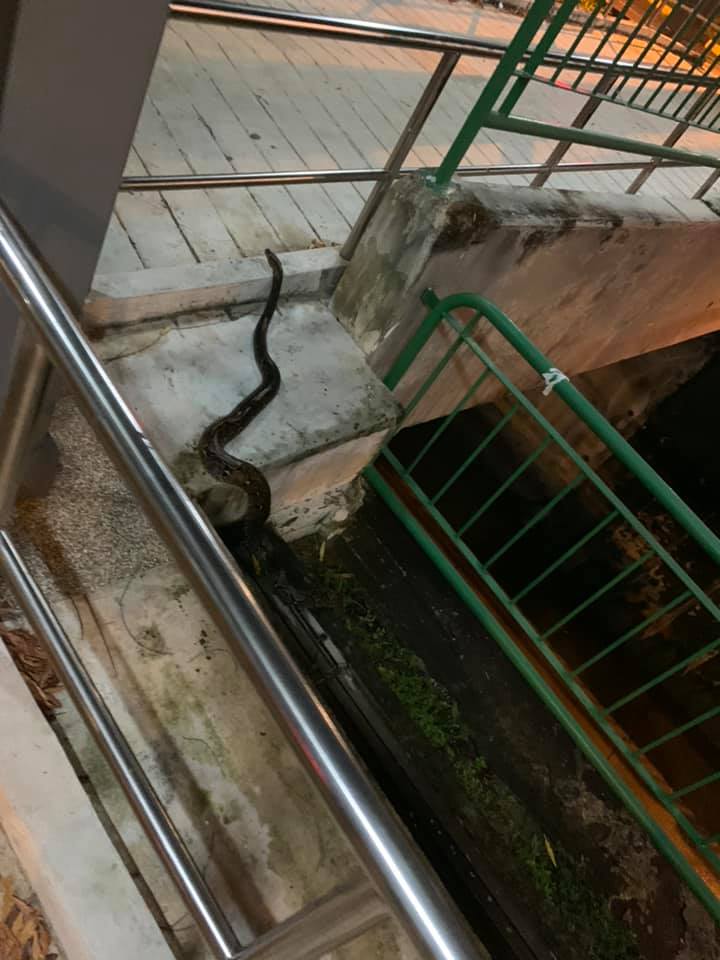 He immediately alerted NParks to the python’s presence. 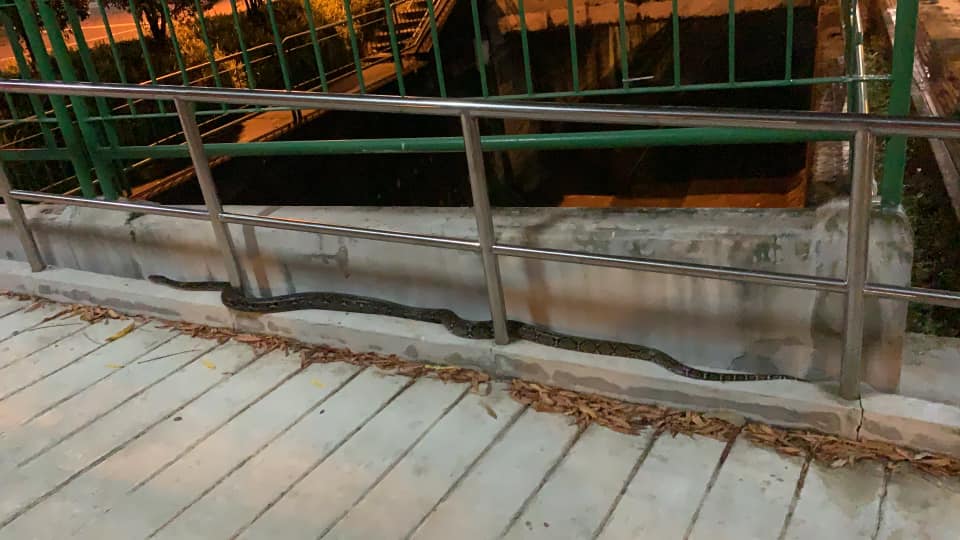 After that, he stayed to monitor its movements and warned passers-by not to come close.

NParks caught the snake after ‘tug of war’

NParks officers arrived after 30 minutes. By then, the OP shared that the snake had camouflaged into the bush. 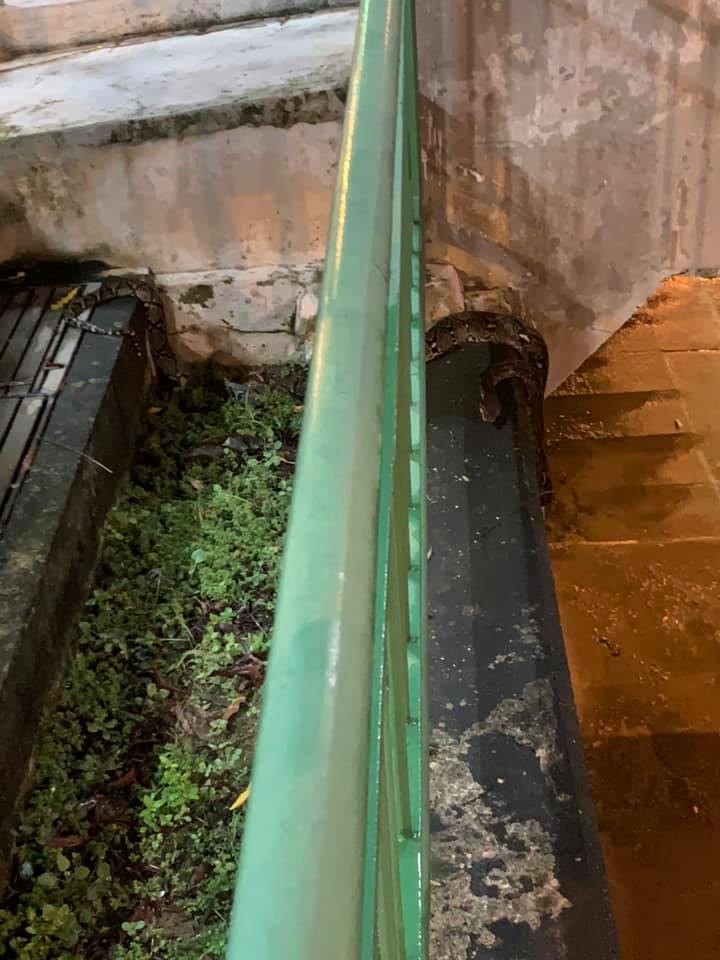 The officers took some time to identify the reptile’s whereabouts. 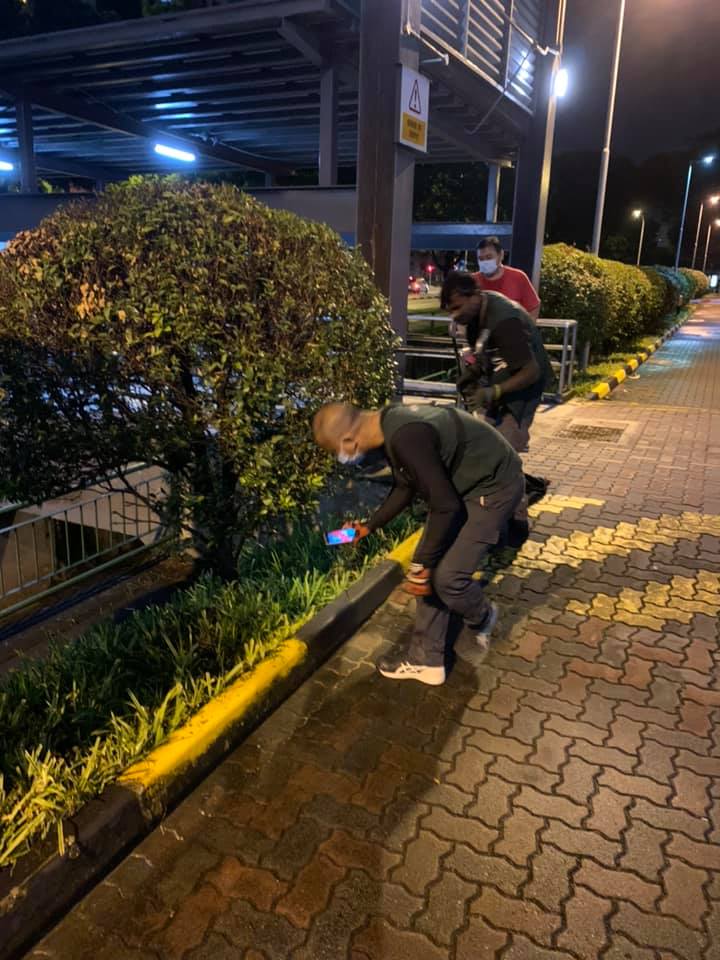 Upon being detected, the reptile wasn’t about to give up without a good fight. Officers were having a hard time trying to pull it out of the bushes.

After a 2-min ‘tug of war’ with it, the officers successfully extracted the 8kg creature from the drain. The OP learns that the python will be sent to the zoo, and he hopes that he’ll get to see it during his next visit to the place.

It was found to be in good health and will be relocated to a forested area.

He added that the reticulated python is native to Singapore and is occasionally encountered in urban areas. Pythons help regulate the ecosystem by keeping the population of pests, such as rodents, low.

Keep calm & call NParks if you see a snake

If you encounter a snake in Singapore, do remain calm. You shouldn’t even think about handling the reptile yourself, unless you’re an expert.

In our urban jungle, it’s not uncommon to see wildlife trying to survive among humans. Unfortunately for reptiles like this one, they could end up endangering the public.

Hopefully, the python will be able to rest and thrive well in its newly relocated habitat.