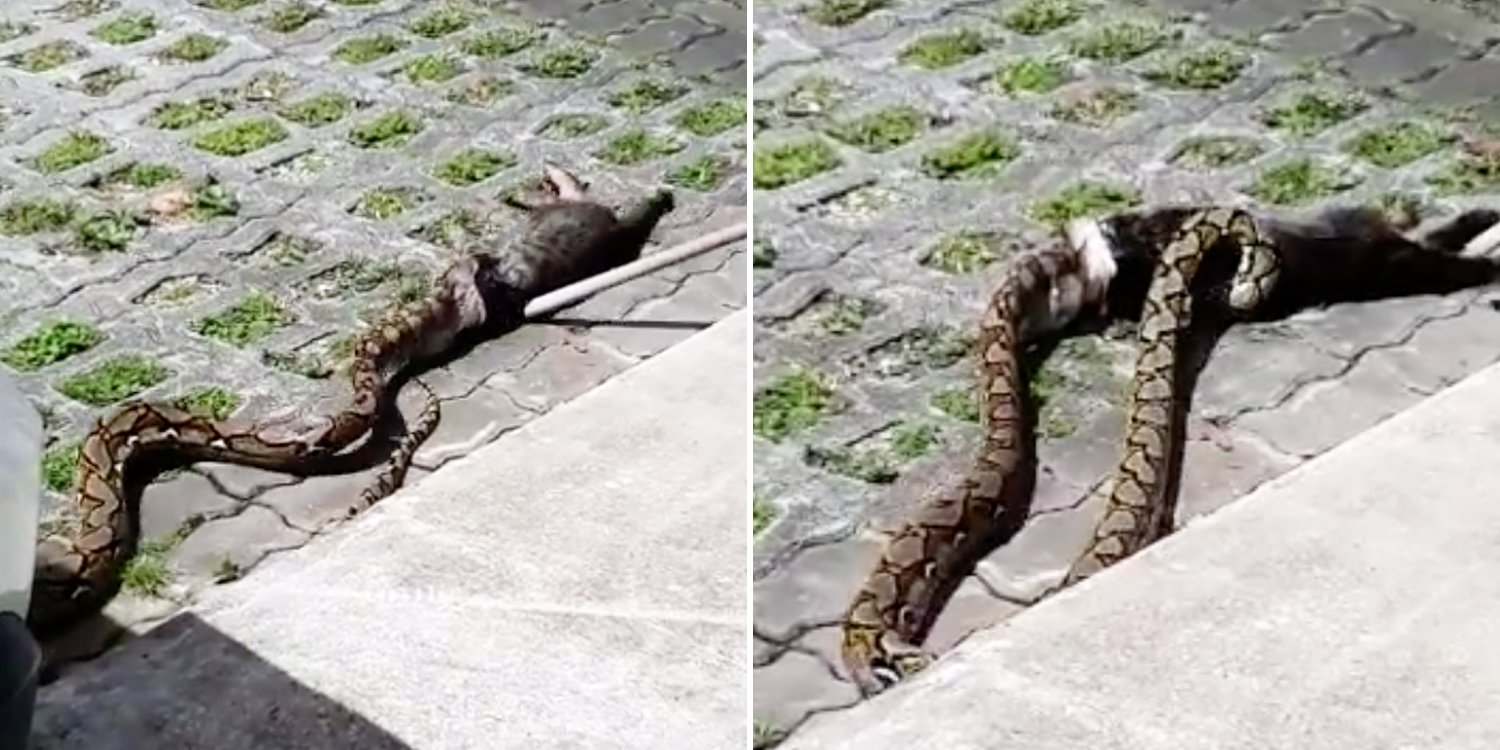 There’s something mesmerising about watching nature shows, where one animal preys on another.

But to see predator-prey action unfold in real life may be more terrifying.

A netizen shared just one of such National Geographic-worthy videos on Facebook recently, starring a python eating a community cat in Singapore. 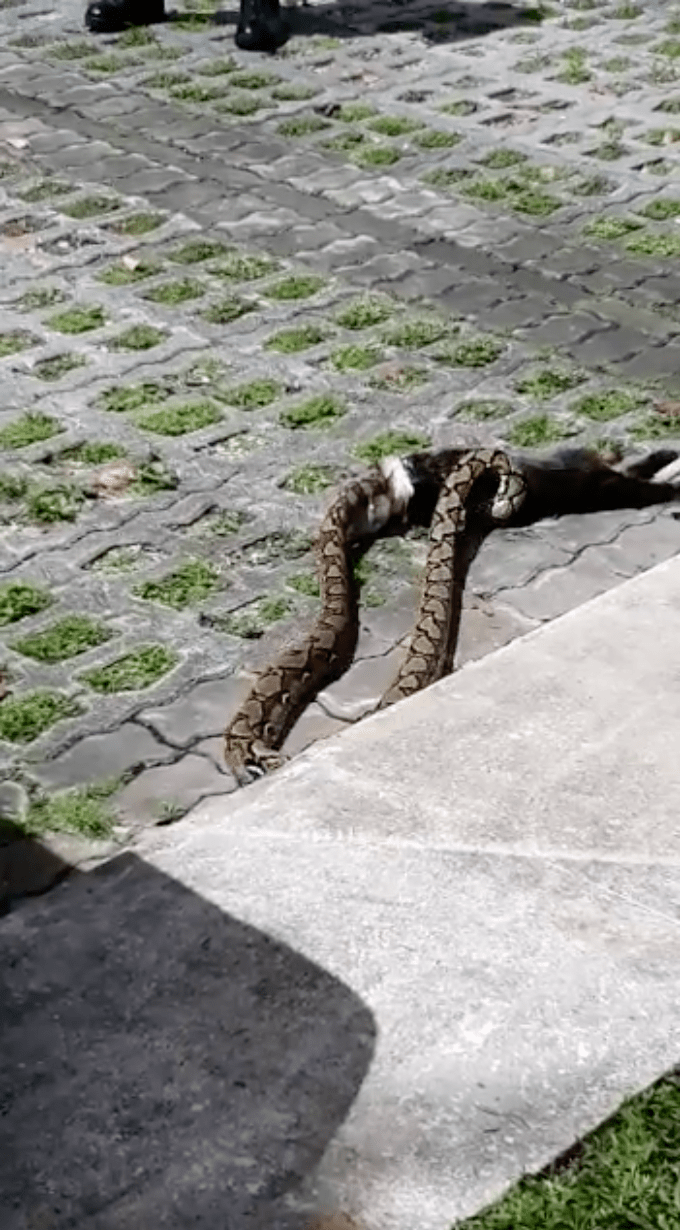 While snake handlers rudely interrupted its meal, some netizens thought that the python should have been allowed to finish its meal.

If you’re faint of heart, you may be advised not to watch this video:

In the video posted on Sunday (30 Aug), the python can be seen enjoying a furry meal at a carpark, constricting and slithering around a motionless cat.

As it unfurled, it’s apparent that its jaw was firmly locked on the cat’s head, open wide enough to swallow the animal whole.

Thus, the python appeared to be primed and ready to indulge in his meal. 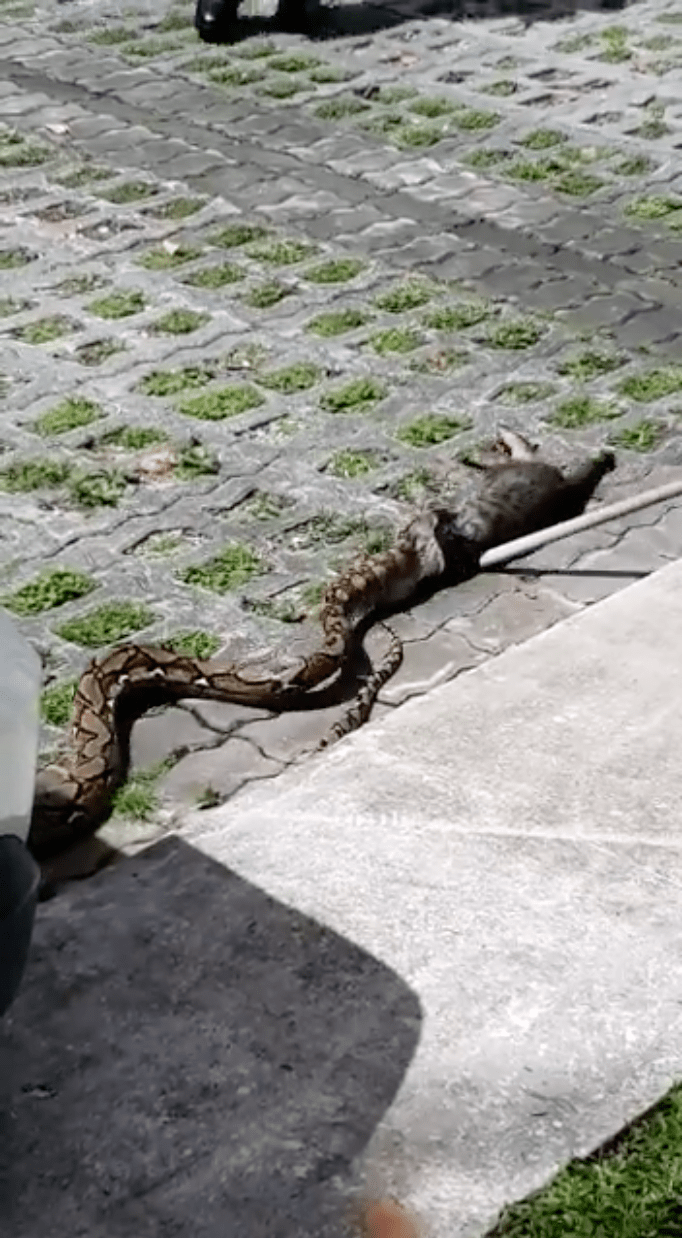 However, some people just can’t leave a snake alone to enjoy his meal.

Soon, handlers in the area poked at it with a rod, ostensibly trying to catch it.

Rudely interrupted in the middle of its meal, the python retreated near a car, dragging the cat’s body with it.

He clearly didn’t like his meal time being disrupted.

The whole time, however, his grip on the cat never faltered.

Netizens say snake should be allowed to finish

Many netizens were saddened by the death of the cat.

But the original poster was of the opinion that the python should have been allowed to finish his meal before being captured.

Others seemed to agree, though it’s unclear whether they said that in jest.

Typically, snake are usually caught and released into the wild later.

So if it wasn’t allowed to finish his meal this time, he might just have to hunt for another soon, and kill another poor animal.

Pythons are common in S’pore

Although pythons are thankfully not an everyday sight in Singapore, they’re actually the most common type of snakes here, according to the Animal Concerns Research and Education Society (Acres).

Thus, they’ve been seen eating small animals before — earlier this month, another beloved community cat was eaten by a python in Redhill.

Acres advises the public to leave pythons alone when seen. But if they’re found within the built environment, like a carpark, do contact the Acres’ wildlife rescue hotline at 9783-7782.

East Village Café Delivers Ramly Burgers To Your Doorstep, No Need To Wait For Pasar Malams