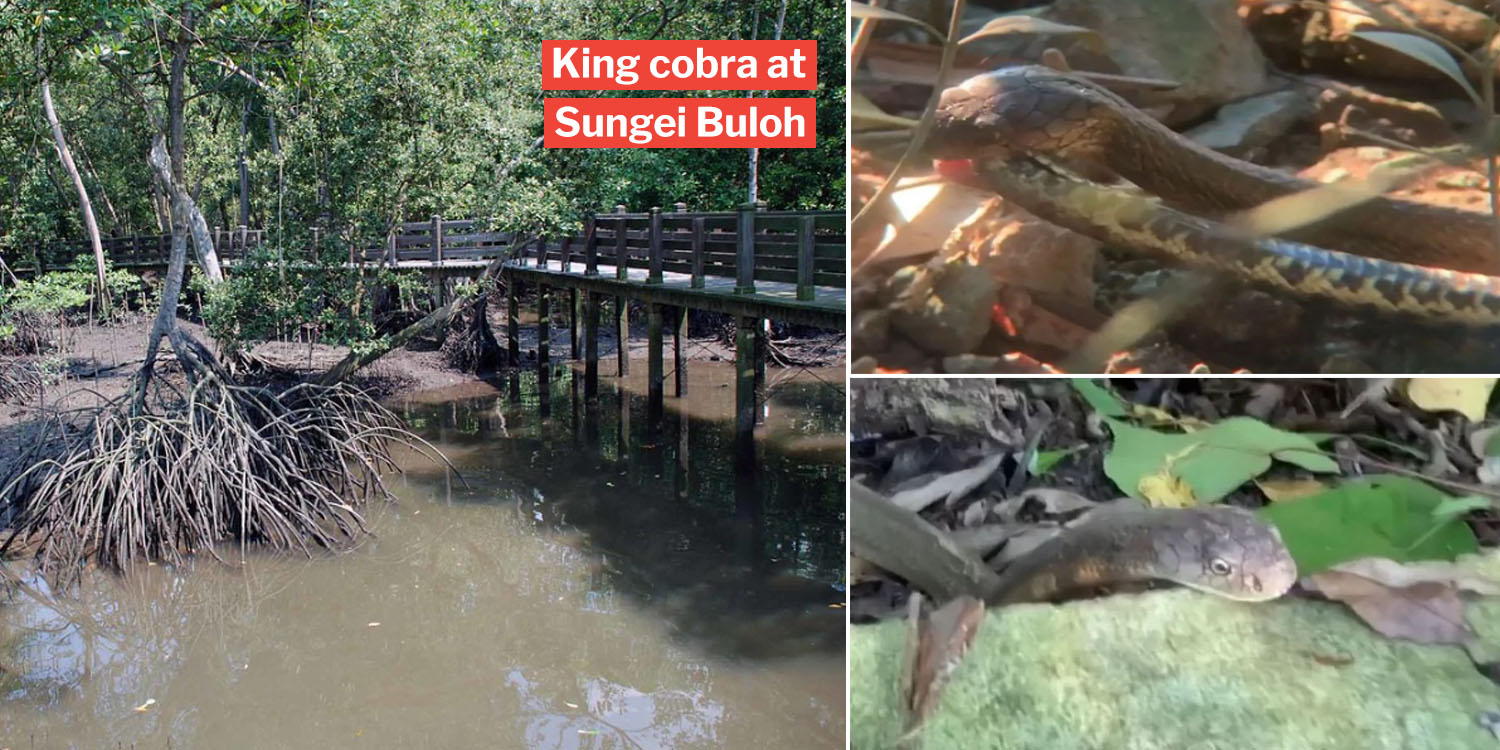 Encounters with infamous slippery reptiles may leave some of us with the heebie jeebies, but this recent tale might surprise you. 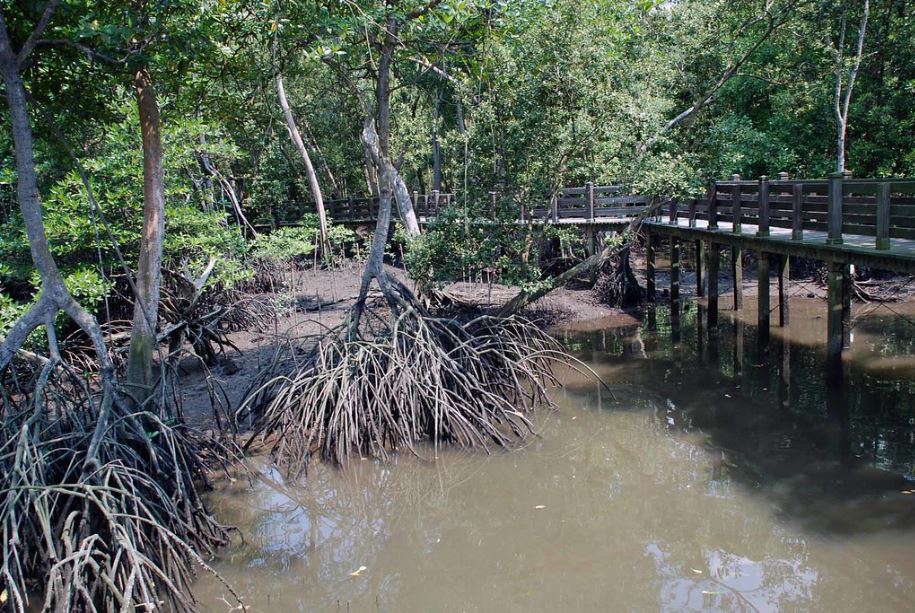 On Friday (17 Jul), a netizen – with the Instagram handle @g33k5p34 – shared a video of a king cobra dragging a dead water snake along the wetlands of Sungei Buloh Reserve. The find coincidentally happened a day after World Snake Day which is celebrated every 16 Jul. You can watch the National Geographic documentary-worthy video in full here. We summarise the action below.

The netizen shared that he dropped by Sungei Buloh Reserve for a short evening walk when he unexpectedly bumped into what he identified as a king cobra. 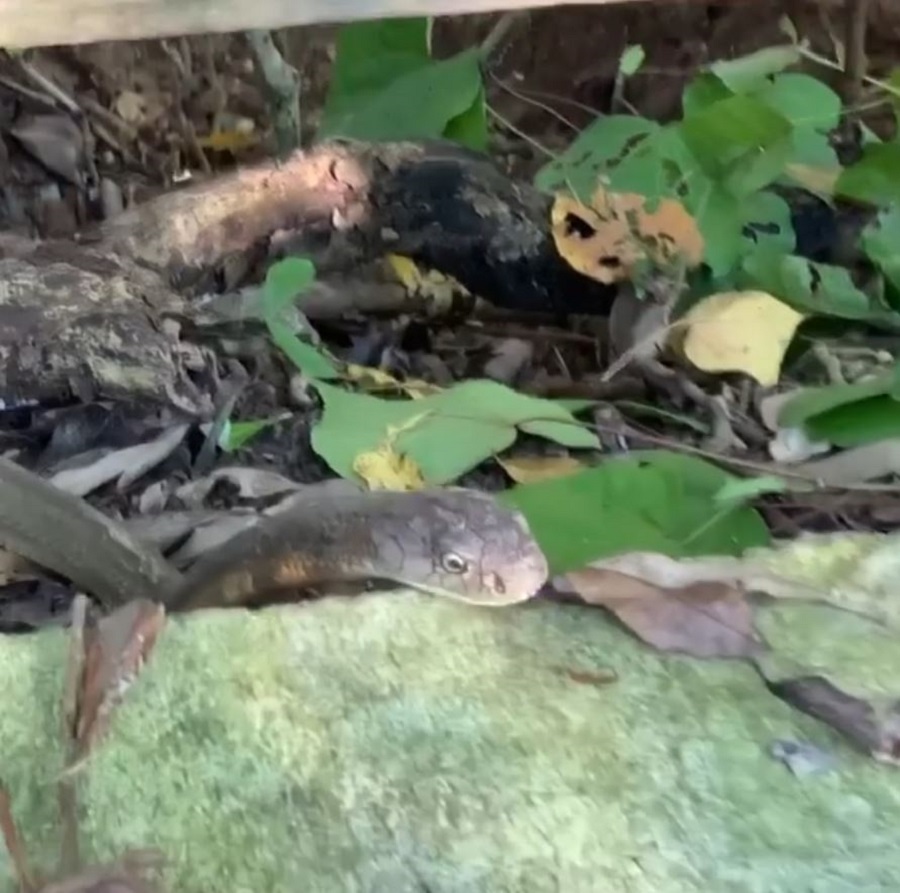 Just like any wildlife enthusiast, he didn’t miss the opportunity to film the rare sighting from a safe distance. 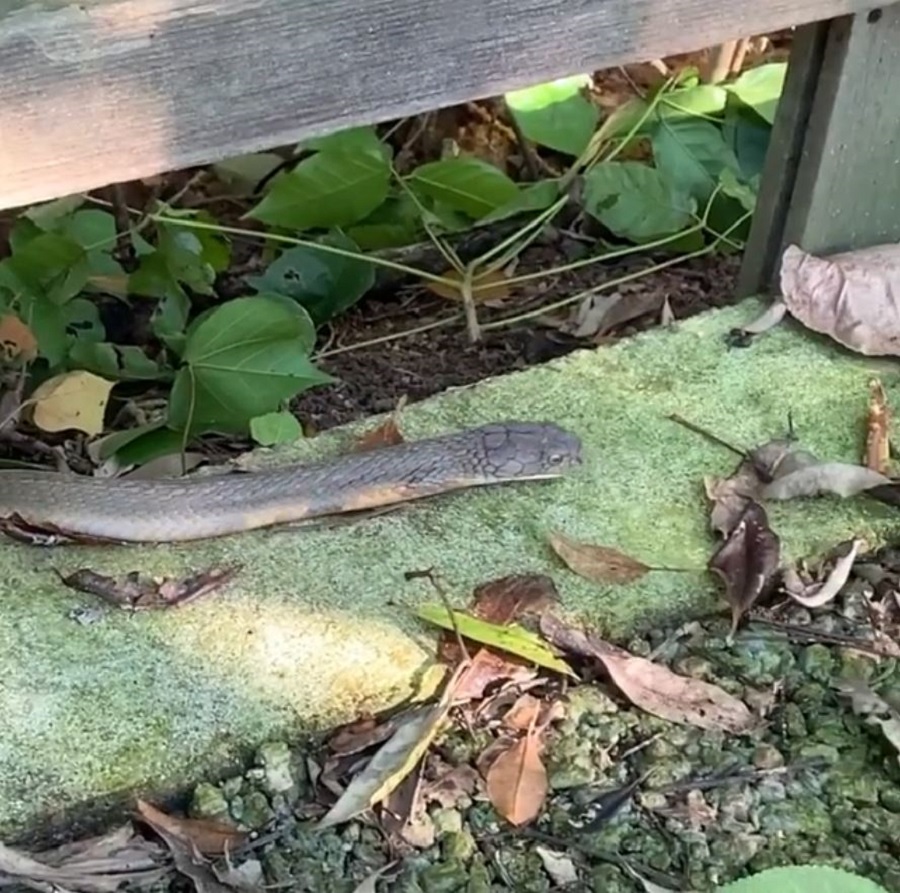 He even followed the snake as it slithered across the wetlands. 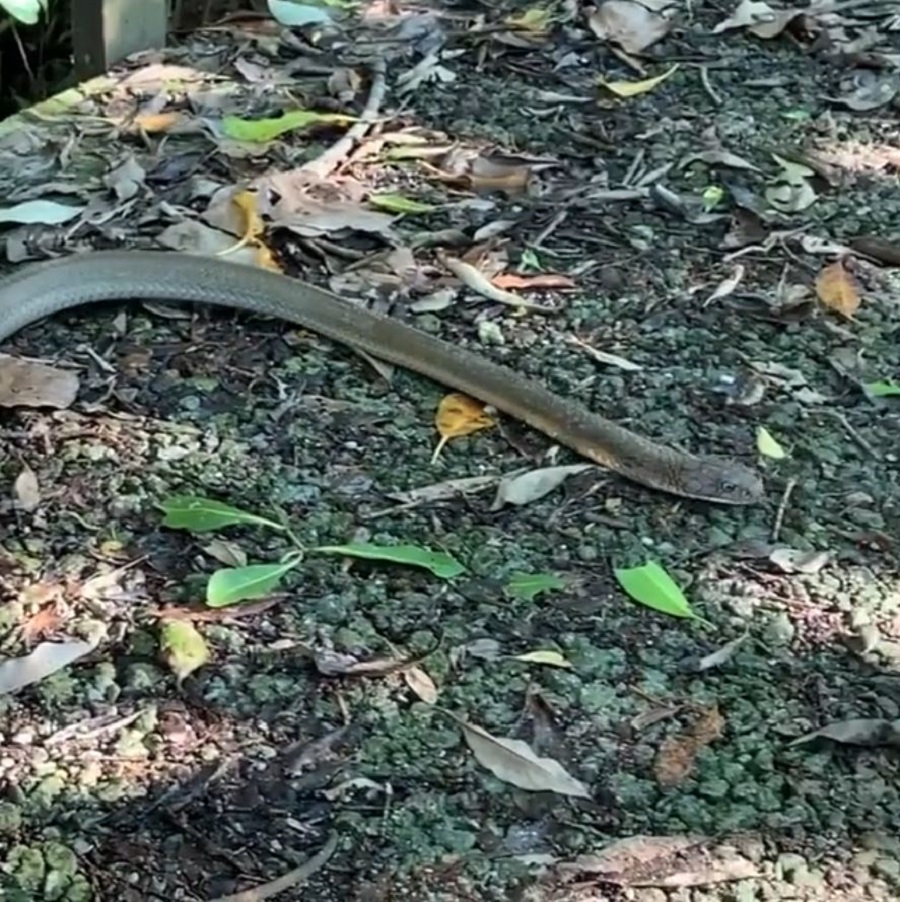 King cobra sightings, though rare in Singapore, have been reported at Sungei Buloh before. But that’s not the end of this surprising tale.

Snake sightings often feature them hunting on natural terrain for smaller prey like rats or other woodland creatures.

That’s probably why the sight of this “king cobra” in action came as a surprise to the netizen. 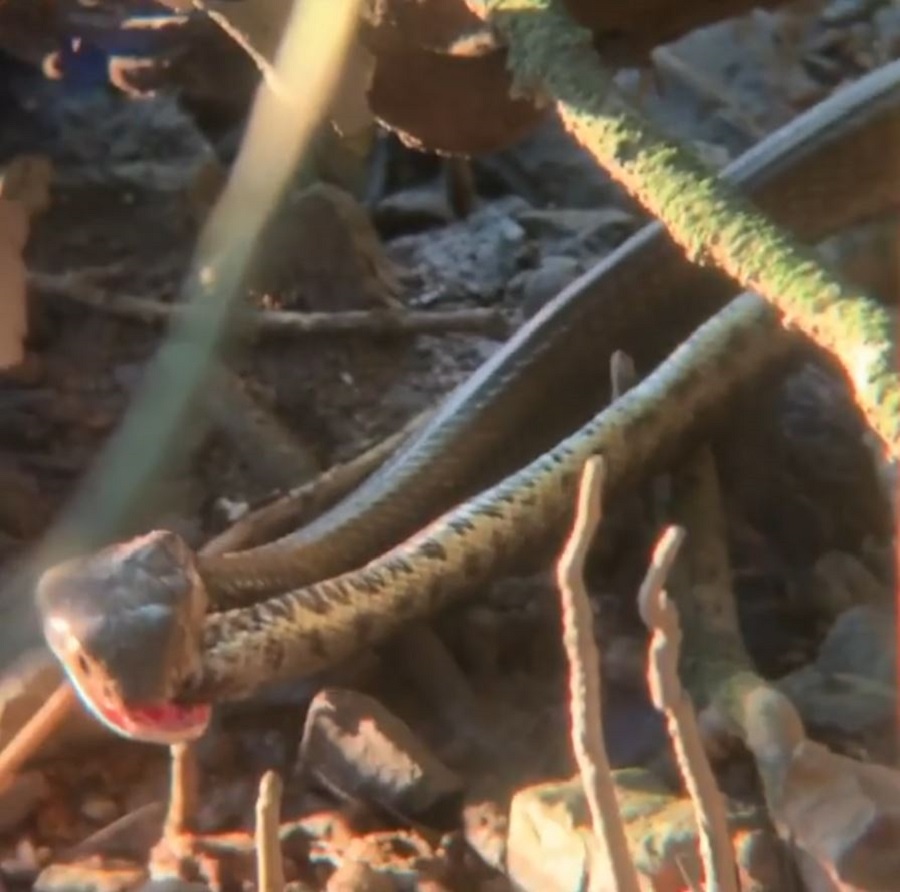 The King Cobra wriggled its way into a mud burrow and emerged with a dead water snake in its mouth.

As it turns out, King Cobras are known for being ‘snake-eating snakes’ so the practice of attacking and consuming its brethren is nothing new. Nature continues to bear numerous surprises, even in the wet marshes of Sungei Buloh.

So we’d definitely recommend more frequent strolls in our parks to fully enjoy the splendor of what Mother Earth has to offer.

Snakes may have a bad rep for slithering into homes and public spaces, but they do play an important role in maintaining ecological balance. Without snakes, many predators would grow in number and proliferate unchecked.

We bet eagle-eyed Singaporeans can spot diverse species in our wildlife reserves. It’s easy to be fascinated by animals but always maintain a safe distance and remember the do’s and don’ts when visiting.

Have you ever had a close encounter with a snake? Share your stories in the comments.