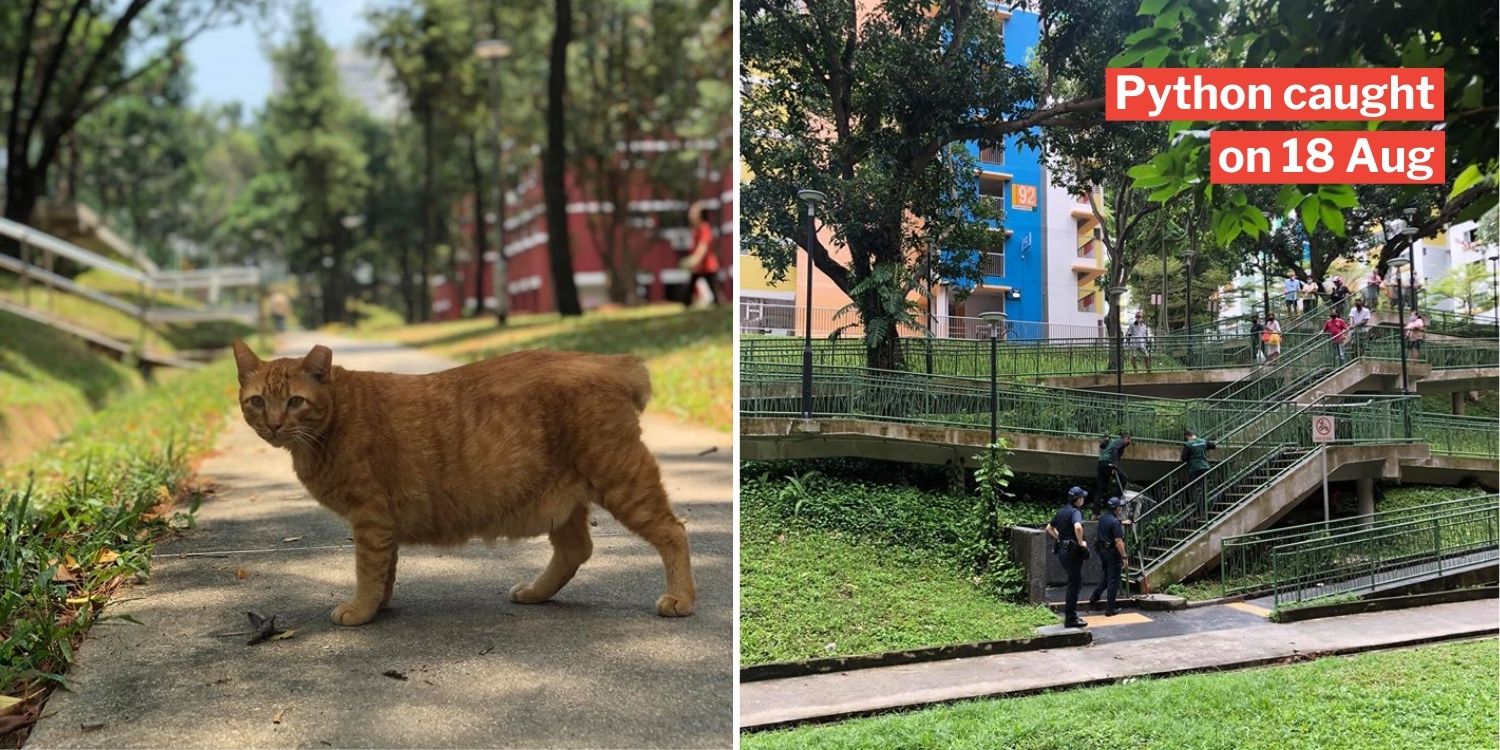 Whether you love cats or not, there’s a certain charm about community cats that endears them to many people.

For the residents of Redhill, that particular cat is a chonky ginger tabby they call Garfield, who became a significant part of some of their lives. 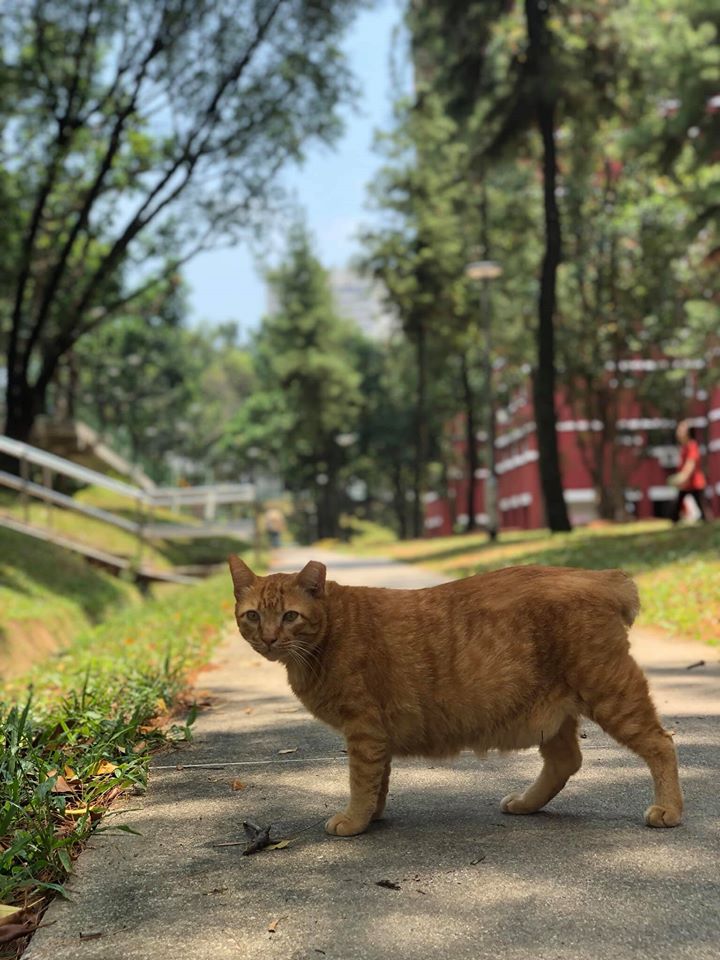 Sadly, he didn’t live long enough for many others to get to know him, after an unfortunate incident with a python yesterday (18 Aug).

Perhaps on his regular morning roam, poor Garfield didn’t know that it was going to be his last.

A python that had been lurking in the greenery nearby probably saw the chonk and went right for him, ending his life.

Facebook group Cats of Redhill shared a photo of what looked like NParks contractors catching the snake, as the police looked on. 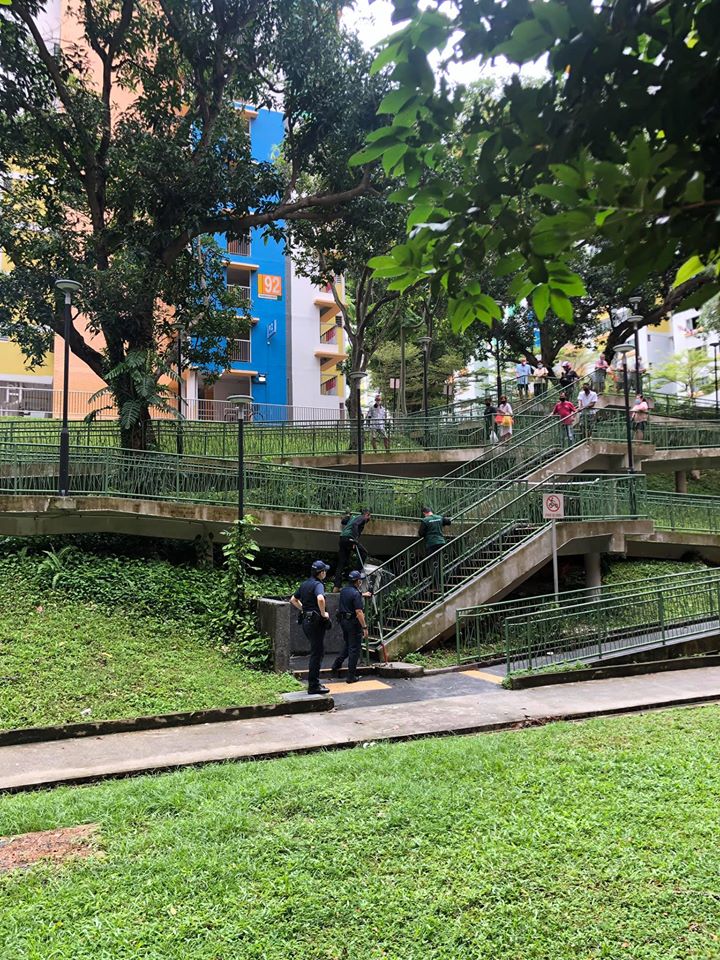 A netizen commented that the pest control officers had caught the python and taken it some distance away.

MS News has reached out to NParks for clarification and will update once we’ve received any information.

Affection for a community cat can range across a spectrum — one can be indifferent after casually seeing it around, or grow to love a cat once it starts nuzzling up to you asking for a pat or rub.

Garfield had no trouble winning the hearts of residents, and this was evident in the Facebook post’s comments section.

Those who had captured videos of him shared what may be the only glimpses of his life the rest of us can get. 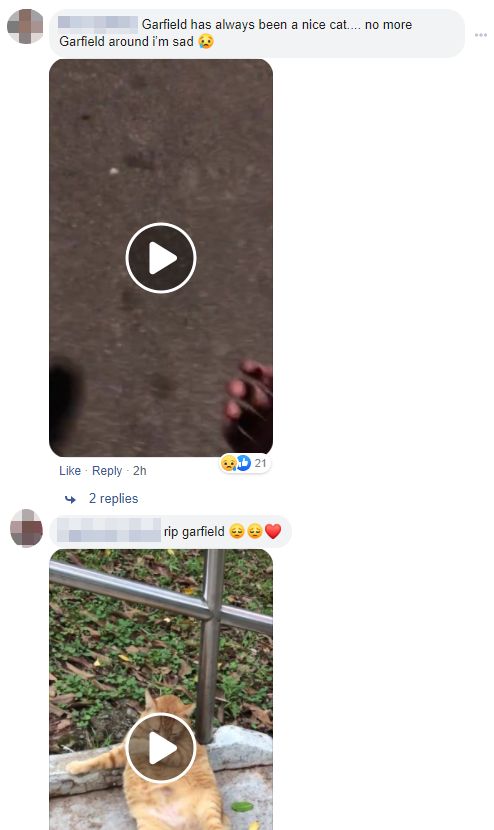 Even those who didn’t know Garfield by name recognised him as “the fat orange cat” and were heartbroken by the news.

One netizen shared a photo of Garfield snoozing soundly on a bed of dried leaves with the caption,

So sad for you baby. RIP & run free over the Rainbow Bridge baby & like how you always sleep like a baby. 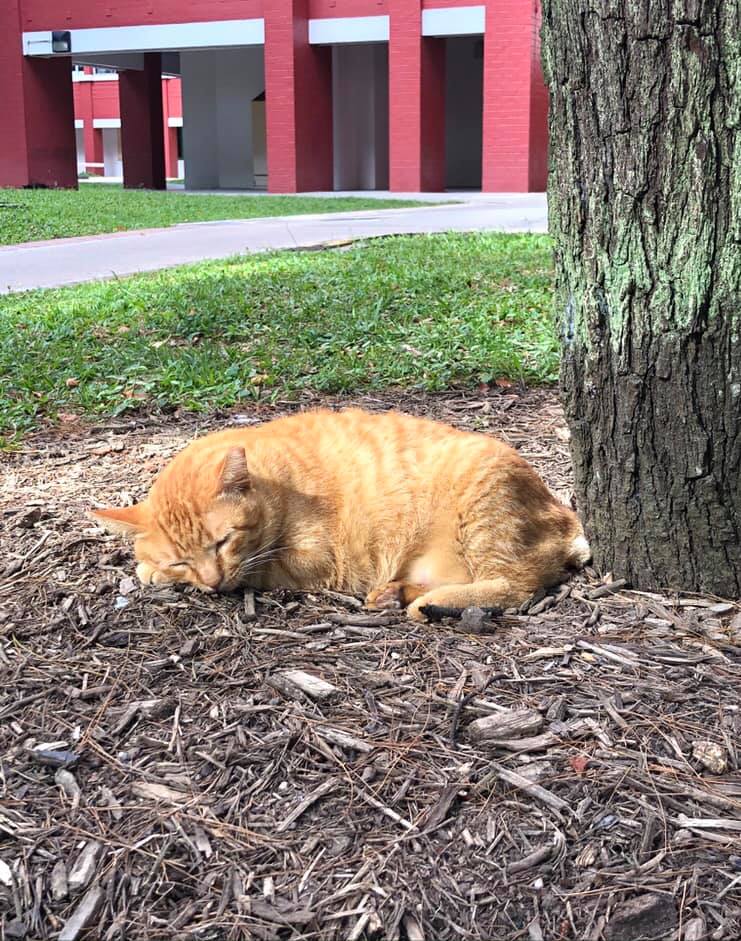 Though his passing was tragic, we can at least take comfort in the fact that Garfield was loved by so many.

Let’s hope that the python is indeed far away, so that nobody else will be in danger.

To the residents who always looked out for Garfield and other community cats, thank you.

As for Garfield, we’re glad that he received lots of love while he was alive. Rest in peace, Garfield.