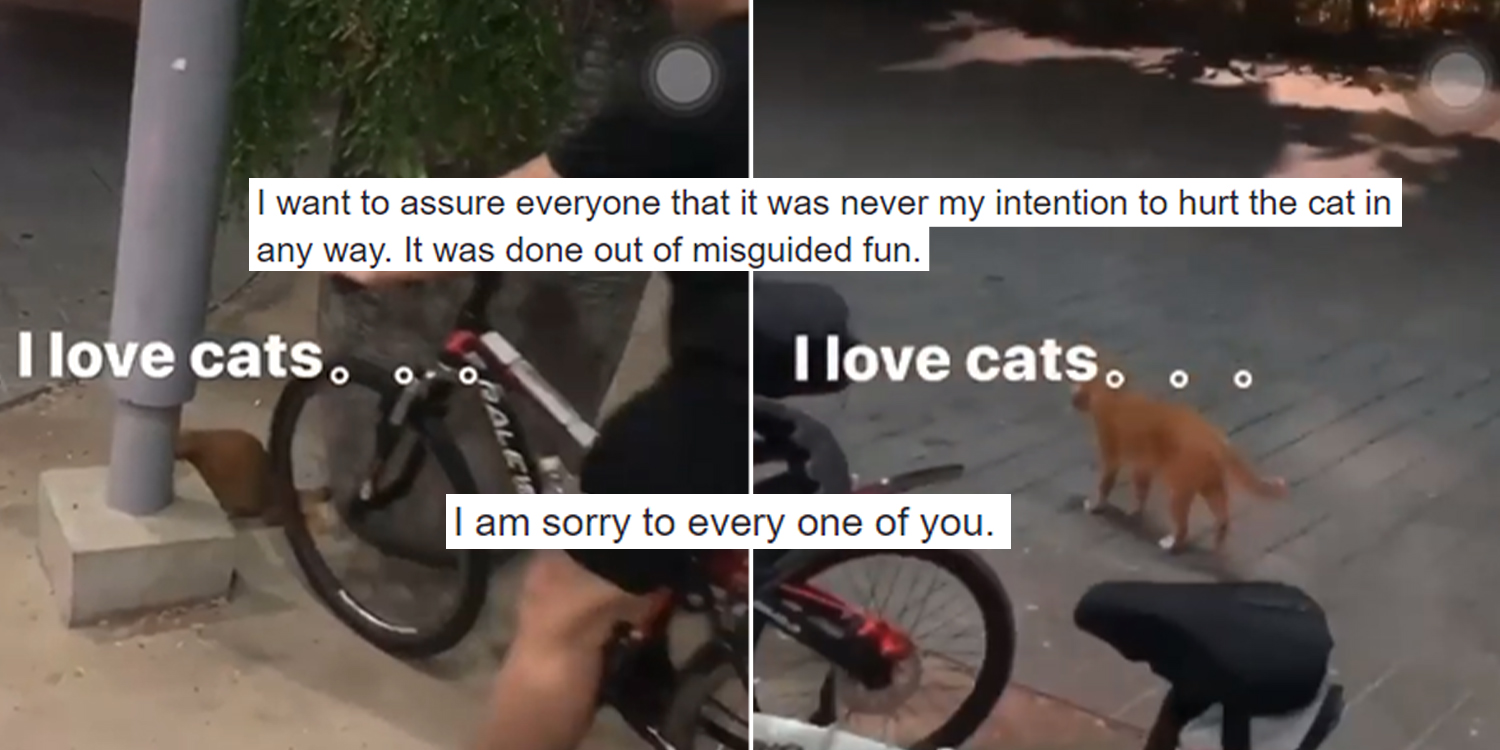 Animals are not our playthings, to toy with at our whims and discard when we get bored.

A Singaporean was seen in an Instagram story startling a cat on his bike, while the cat runs away in fear.

Following a Facebook post where an acquaintance of his called out the act, he has since apologised for his actions and promises that there won’t be a repeat. 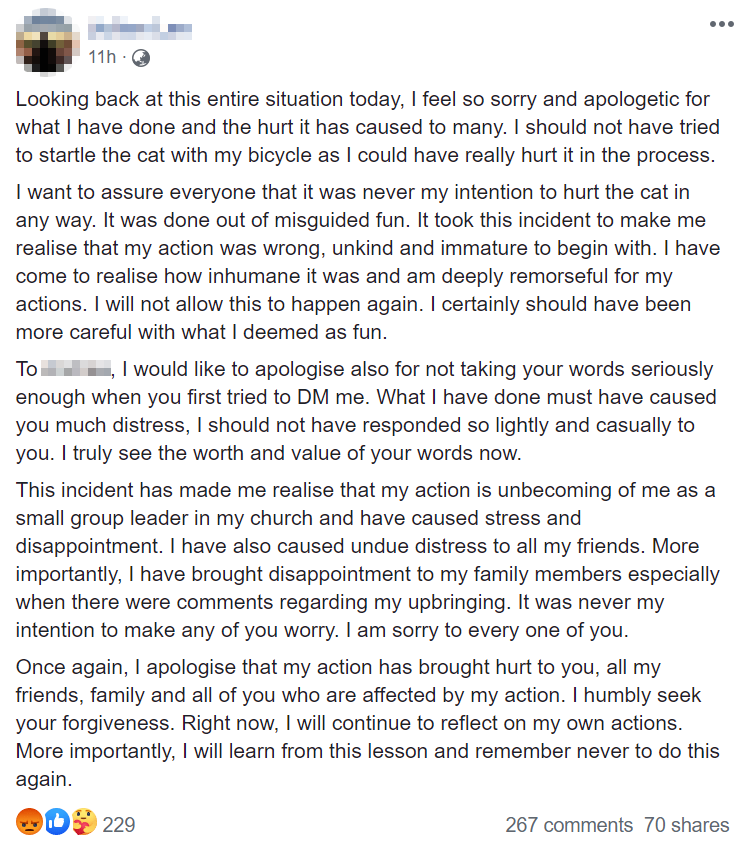 A Singaporean netizen initially shared a video of the cyclist on Facebook.

The video, taken from an Instagram story, depicts the cyclist about to run into a cat on his bike before stopping right before impact. The cat runs away in fear, while laughter is heard.

Disturbingly, some people can be heard egging the man on.

Upon seeing the video, the OP messaged the cyclist asking why he had to do that. 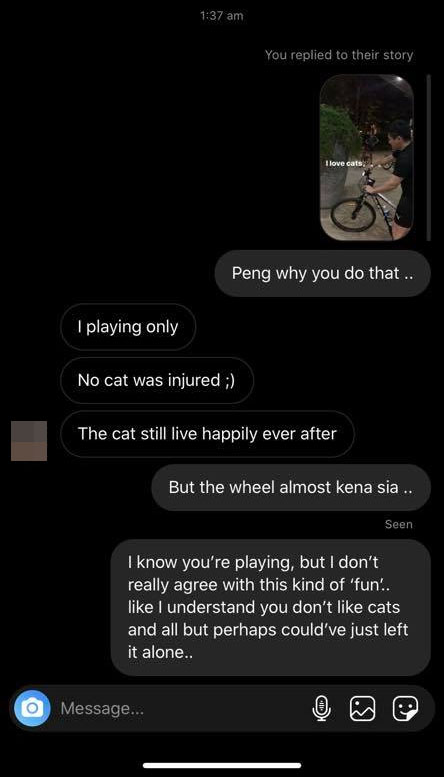 Instead of admitting that there was wrongdoing, he apparently brushed off the incident as just playing.

She felt that his attitude wasn’t something she could resonate with — calling the act tantamount to animal abuse.

She also says that he could have just left them alone if he didn’t like cats.

The original post blew up on social media, as many people shared them to pets and animal groups online.

It resulted in the cyclist penning an apology on Facebook yesterday (17 Aug).

He assures that there was no intention to harm the cat, and also apologised to the netizen for not taking her words seriously when she contacted him.

Besides that, he also apologised to his friends and family for causing them distress due to his actions.

The apology ends off with the promise to reflect, having seemingly learned his lesson.

Since the original post was shared on Facebook, authorities have gotten in touch with the OP to update them on the situation.

The Animal & Veterinary Service (AVS) said that they’d be able to give more serious warnings or issue a fine if the matter was handed over to them.

However, it’s unclear whether AVS will take further action against the man.

The OP wanted to stress that the organisation he comes from shouldn’t be a target of netizens’ derision.

She purely intended for the post to be a PSA.

That said, although mistakes were made, we hope that the man has learned his lesson.

Animals have emotions — they can get frightened, scared, anxious. And many of these negative emotions can be triggered by humans.

Even if some of us may dislike animals, there’s no need to bother them in such a manner.