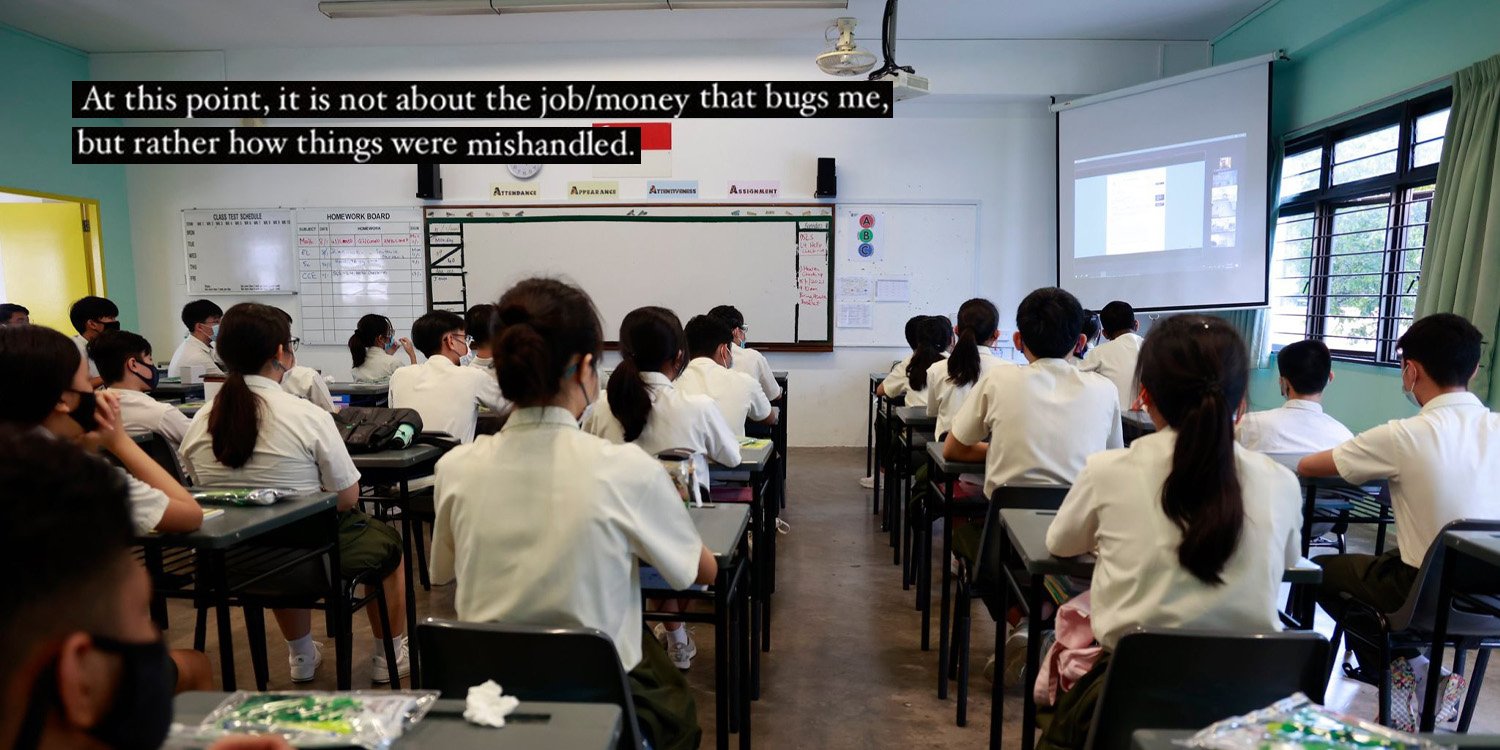 She was dismissed over a phone call.

Teachers often wear multiple hats, including that of a disciplinarian for students at school. And while this heavy responsibility falls on full-time teachers, the same is often expected of relief teachers. 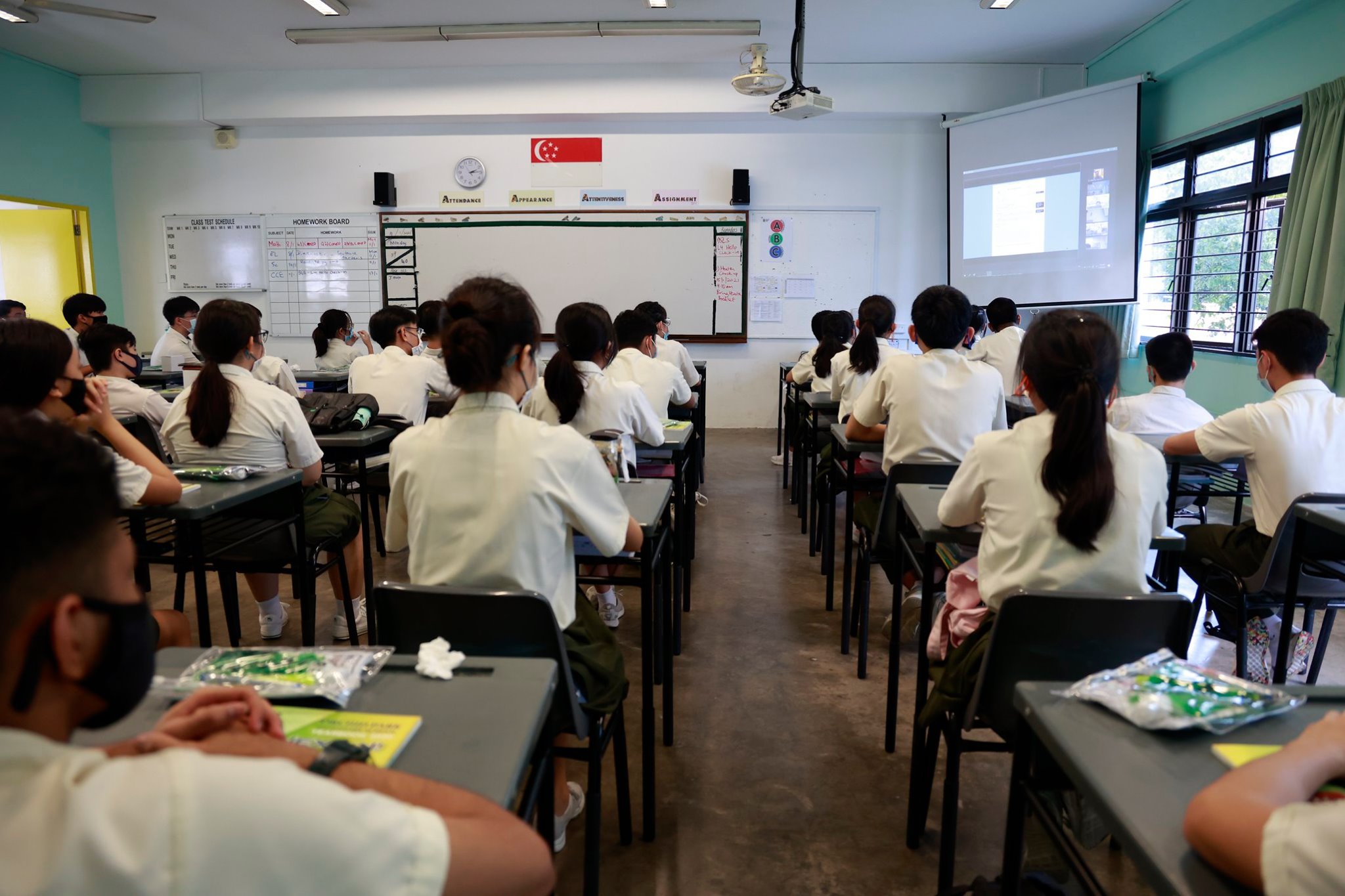 Source: Ministry of Education on Facebook. For illustration purposes only.

Recently, Celine – a relief teacher – shared that a minor fight had happened in the class she was teaching, at an undisclosed secondary school in the West of Singapore.

The next day, she reportedly got a call from the school’s discipline mistress who said her response to the fight was “unprofessional” as she was not being “proactive”.

Celine was then informed that the school had decided to terminate her contract.

She later took to Instagram to share about the incident, hoping that the school would have greater respect for relief teachers like her and will better handle such situations.

In an Instagram post shared on Saturday (3 Oct), Celine shared that she has been relief teaching Math and Science at the particular school for a year.

Things were apparently smooth-sailing until 21 Sep when a “minor fight” broke out at a secondary 1 class she was teaching. 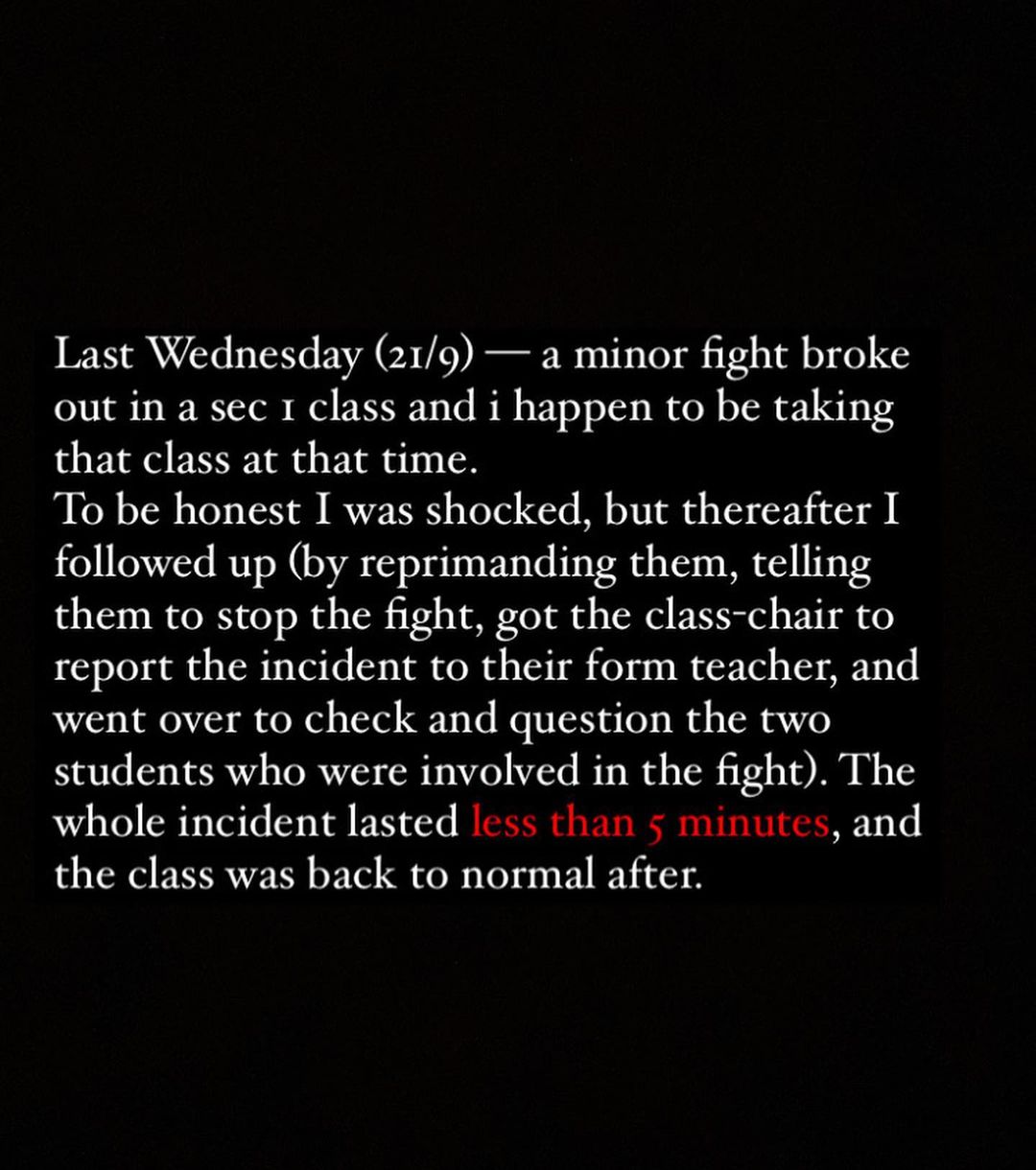 Celine shared that she reprimanded the students and told them to stop the fight. When the students broke apart, she went over to check and question them about the scuffle.

She also told the class chairperson to inform their form teacher about the incident. In total, the entire incident started and ended within less than five minutes.

After Celine recounted the incident, Ms A responded by saying that she did not take action, based on what was seen on the CCTV footage.

Celine pointed out that she was seated when the fight broke out and that the CCTV did not capture sound.

Ms A further claimed that Celine was “unprofessional” and not “proactive”. Hence, the “school leaders” decided to terminate her contract.

“It is also hard for them to explain to the parents”, she said.

Request for in-person meeting not granted

The school said that the reason for Celine’s dismissal was due to her response to the situation.

Celine shared that she had apologised on her end for not handling the situation in the best possible way. Nonetheless, Celine felt that the school was mishandling things, especially for dismissing her via a phone call without hearing her out in person.

After the call, Celine requested a meeting to iron things out. But even after a week, her request has yet to be granted.

On the other hand, the school followed up with the affected students’ parents within less than a day.

To date, the school has not gotten back to her and she was removed from the school chat without notice on 30 Sep.

Celine felt the school was being disrespectful of their temporary staff.

She implied that it was ironic for the school to punish her for her supposed “unprofessionalism” while dismissing her without a legitimate reason over a phone call.

On the other hand, Celine felt that if the same had happened with the class’ form teacher,  it would be unlikely for the school to have dismissed them.

Taking an objective view of things, Celine said the school seemed to be taking the “easy way out” by using her as a scapegoat.

She also felt that it was unfair for the blame to be put on her for something that was beyond her control. Furthermore, she added that she had ensured that the incident was reported to the school.

Ending the post, Celine said that she’s sharing the incident not because of her dismissal, but over how she felt the incident was mishandled. 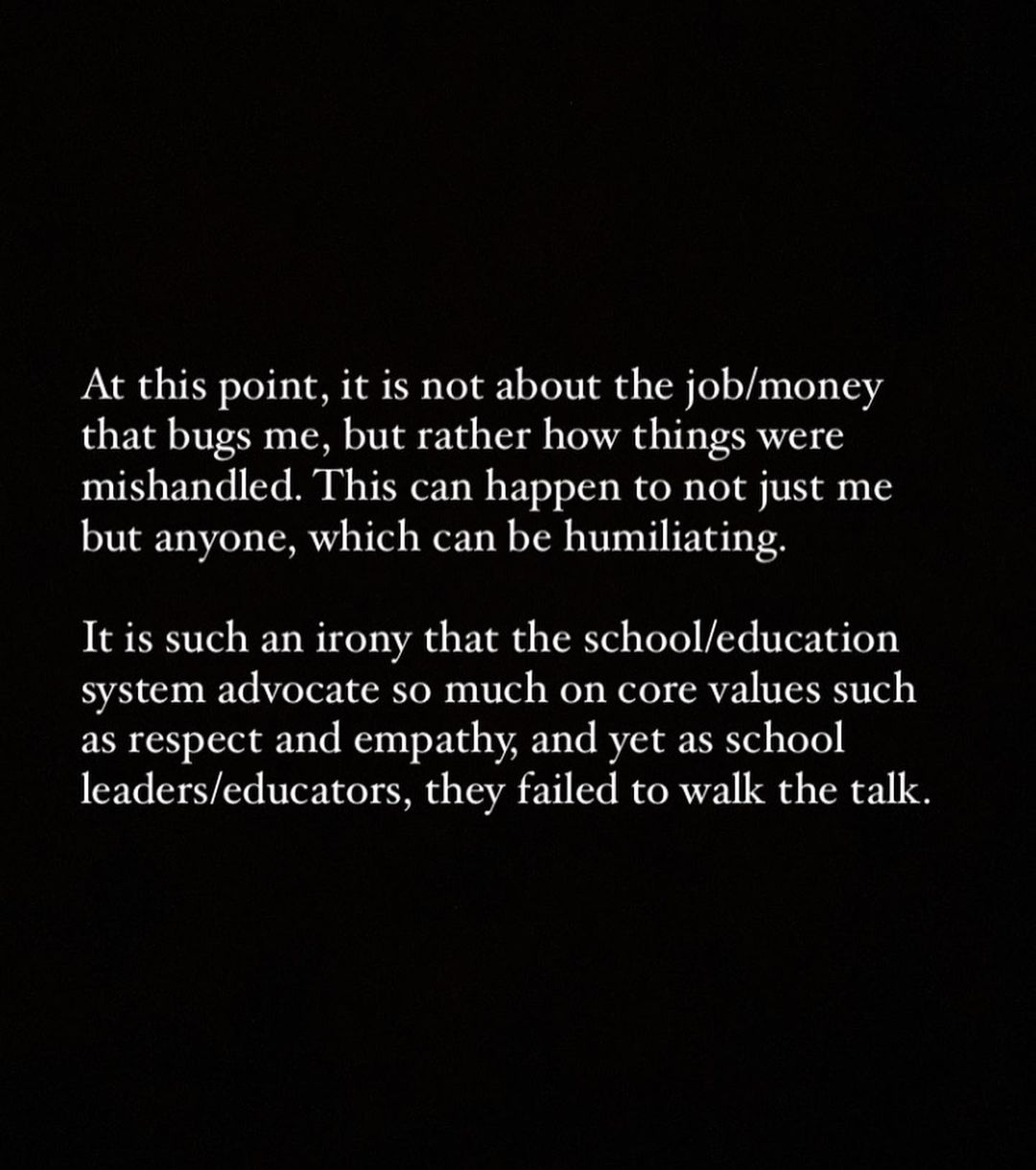 As a school and as educators that advocate for values like respect and empathy, she said that they “failed to walk the talk”.