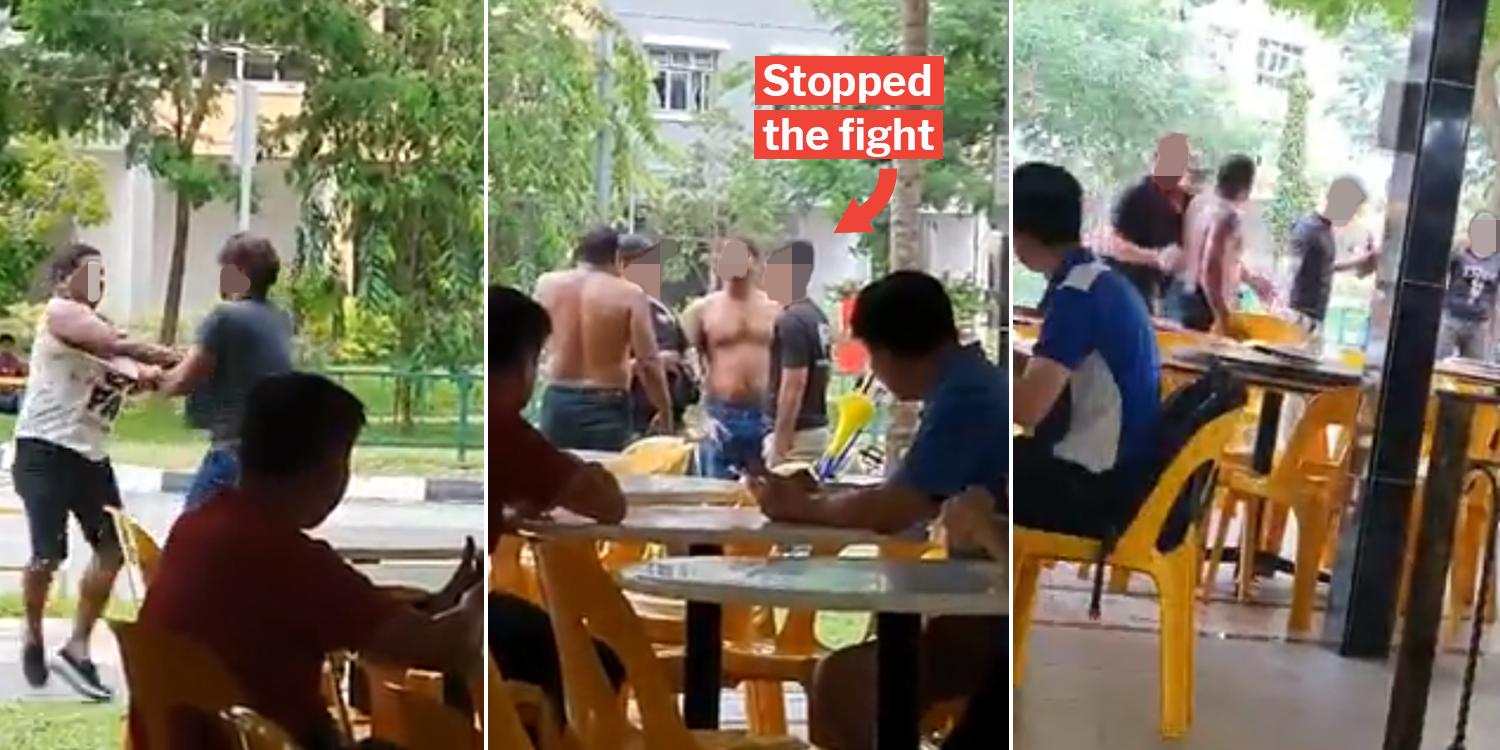 What should have been a nice meal at a kopitiam in Sembawang turned into something else for these 2 men.

A disagreement may have led to a confrontation, but being considerate citizens and not wishing to cause a mess, they took their differences to the footpath outside.

Facebook page All Singapore Stuff shared a video clip of the fight today(3 Nov). You can view the full video here.

Fight breaks out at Sembawang kopitiam

The fight erupts when a man in white T-shirt sought to assert dominance by talking rudely to and pushing another man in a black T-shirt. 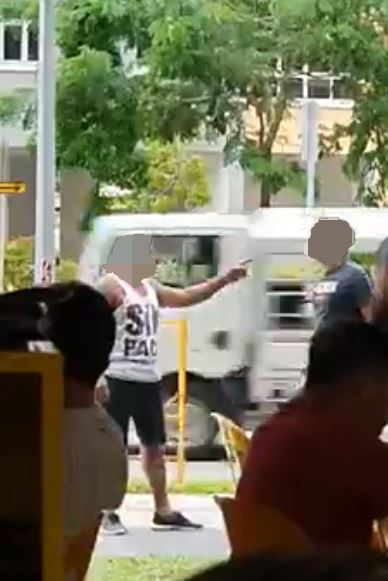 The man in black just wouldn’t have it and launched a counter-offensive by propelling a clenched fist into the instigator’s face. 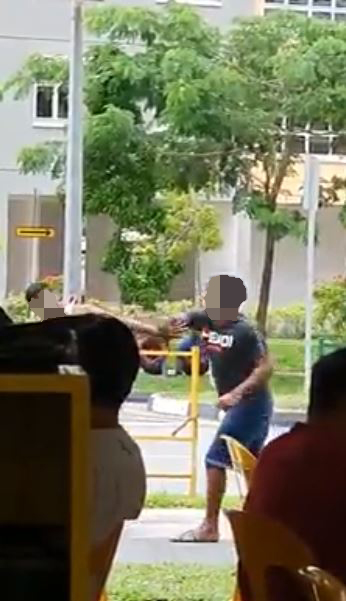 White T-shirt guy took it pretty good, and the two proceeded to grab each other’s hands and do the merry-go-round. 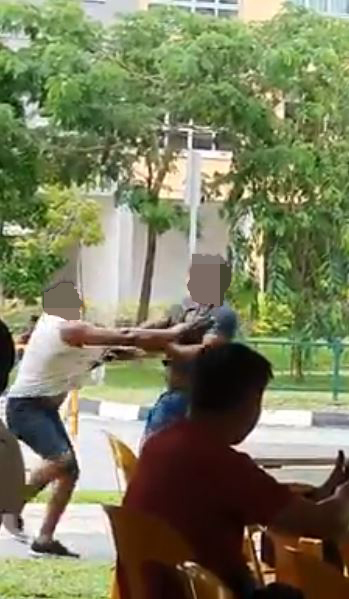 Pushing boogers up someone else’s nose is criminal by any standard. Which was possibly what made 2 bystanders step in. 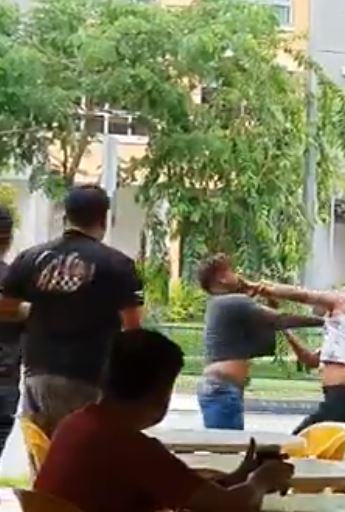 For a while, the 4 of them couldn’t decided what to do and so spun together in a 4-man funfair. 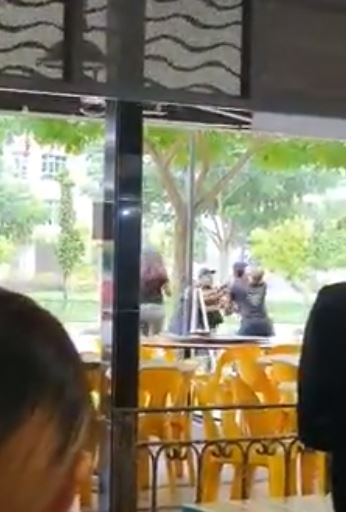 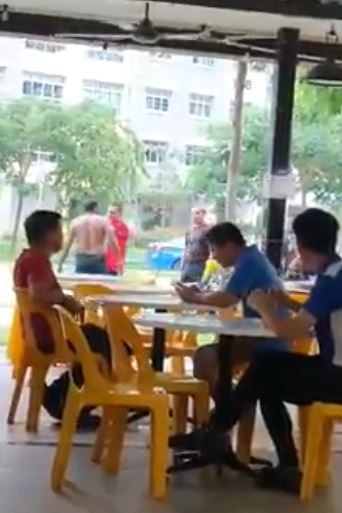 The 2 men continued to bicker from a distance, knowing that if they charged at each other, they would end up in that fatal 4-way again. 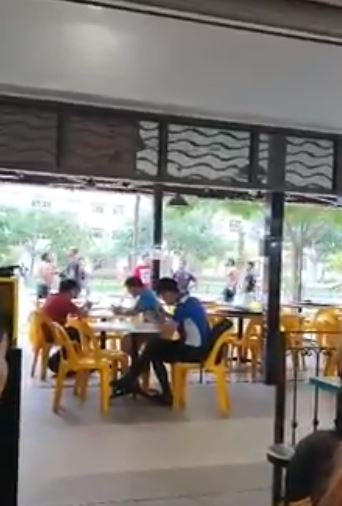 At one point, white T-shirt must have wanted to jump back into the fray, for the bystander quickly held him in an arm lock. 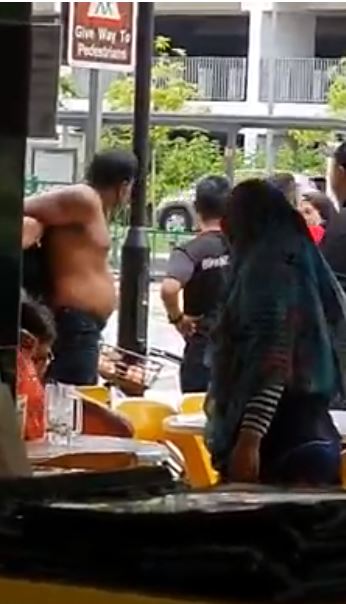 The video ends around then. Nothing much transpires. Maybe the camera guy got bored. Or maybe his boss called him back to work.

Kudos to the bystanders for stepping in

We don’t know how the fight started or how it eventually resolved, but one thing is for sure — those bystanders who stepped in deserve a pat on their backs. Kudos to them indeed!

Notwithstanding this case, you should, as a rule, avoid trying to separate violent fights lest you get injured. If the fight escalates, just call the police. They’re really good at breaking up fights.