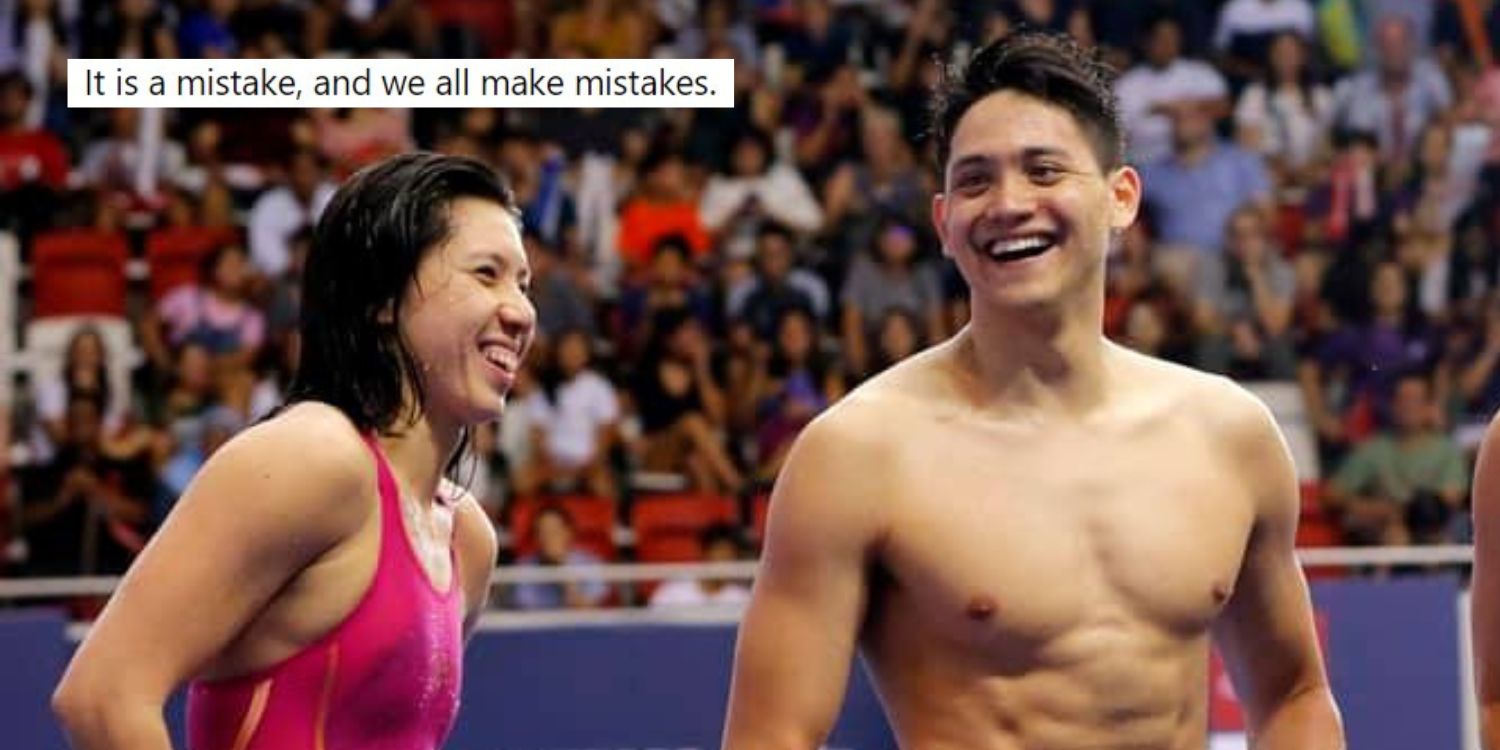 Since news broke of national swimmers Joseph Schooling and Amanda Lim admitting to consuming cannabis, many have taken to social media to voice their opinions on the matter. National runner Soh Rui Yong was one of them, penning a Facebook post defending Schooling and calling on politicians to speak up in support of the swimmer as well.

Several of them have since done just that, including Law and Home Affairs Minister K Shanmugam, as well as Culture, Community and Youth Minister Edwin Tong.

On Wednesday (31 Aug) night, Mr Shanmugam penned a Facebook post urging Singaporeans to give Schooling and Lim their support.

The minister said that both athletes have “worked hard” and “given much” to bring glory to the country.

Schooling got a special mention, with Mr Shanmugam pointing out that the swimmer has scaled heights he never imagined by winning an Olympic gold medal.

Mr Shanmugam added that both Schooling and Lim were not accorded any special treatment when their scandals came to light. They were “treated in the same way how others have been treated”.

Ending his statement, he expressed confidence that Singaporeans will be “gracious” towards them.

He also asked the public to remember the wonderful things the young athletes have done and to continue giving them support.

Mr Tong also took to Facebook later that night, calling the swimmers’ actions a “serious error of judgement” that should not be taken lightly. He shared that they knew, as role models, that they let Singaporeans down and disappointed many in the sports community.

That said, Mr Tong acknowledged that they owned up to their mistakes, are remorseful, took responsibility, and apologised.

At the end of the day, Mr Tong said that they made a mistake, and facing up to them is the first step towards proper rehabilitation.

SportSG is now looking into the matter and will determine the appropriate action to take.

Mr Tong noted that, as athletes, Schooling and Lim have given a lot to Singapore. This includes making countless sacrifices and enduring difficult training sessions to bring glory to the country — glory we have all enjoyed.

Now, in turn, they deserve everyone’s empathy and understanding as they seek to bounce back from this challenging time.

Lastly, Mr Tong reiterated that we cannot be “fairweather fans”, only supporting our athletes when things are going well. He concluded,

Let’s get behind our swimmers, and back them to now make it right.