Must Share News – Independent News For Singaporeans
Home Current Affairs Health S’pore Will Win Covid-19 Battle Just Like How We Overcame SARS As... 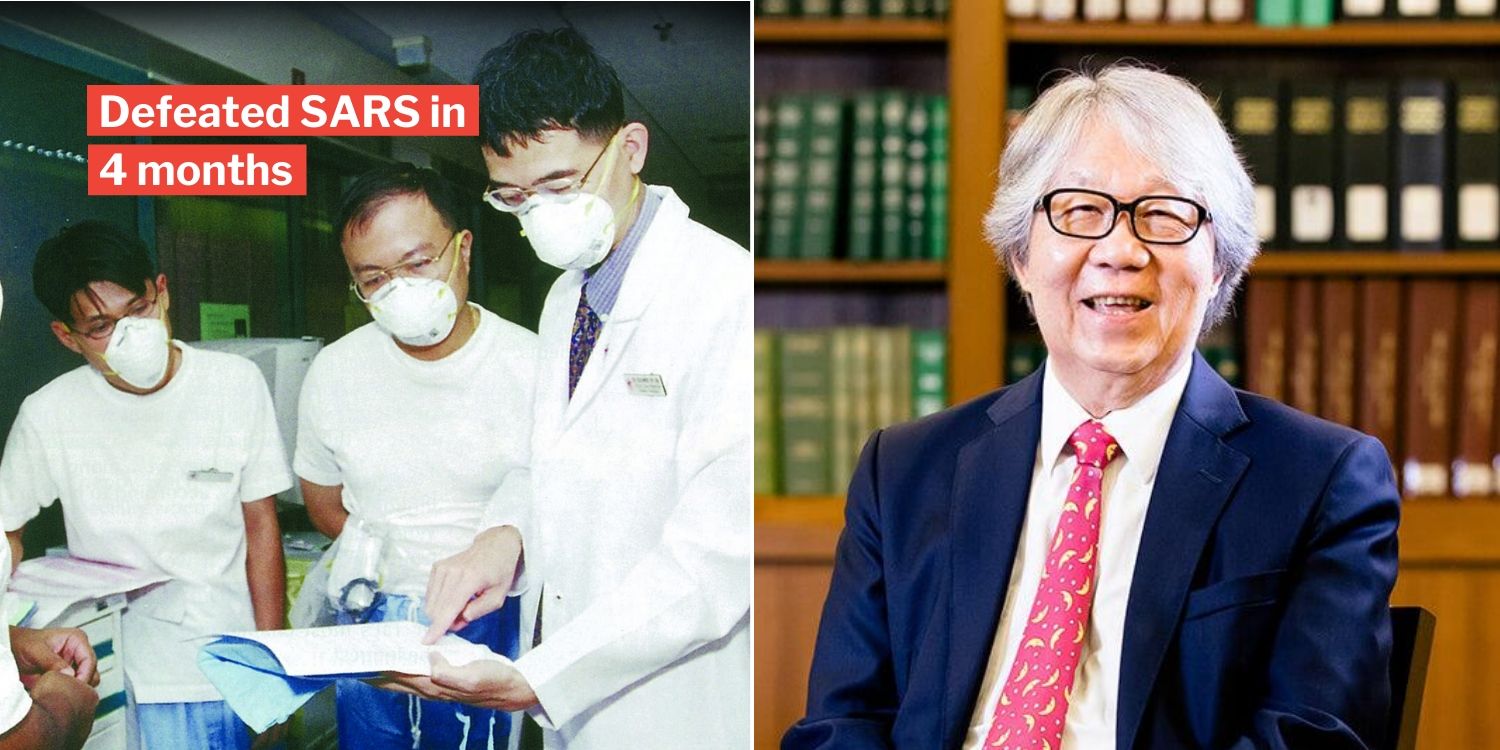 The spread of Covid-19, previously referred to as the coronavirus, has left many panicking in its wake. It revealed the best and worst of Singaporeans as well. There were Singaporeans who panic-bought every non-perishable good in sight. On the contrary, people also raised funds to give healthcare workers a treat.

In light of this, Professor Tommy Koh, Singapore’s former representative to the United Nations, wrote a letter posted in The Straits Times (ST) to encourage everyone. He shared that Singapore has conquered worse challenges and will triumph over the current crisis too. 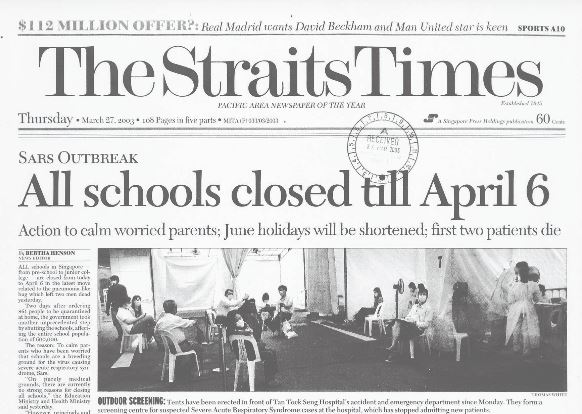 The virus first reached our shores in March after 3 Singaporean women came back from Hong Kong.

Everyone in Singapore did what they could to fight against the virus. The government designated Tan Tock Seng Hospital as a “dedicated SARS hospital”. 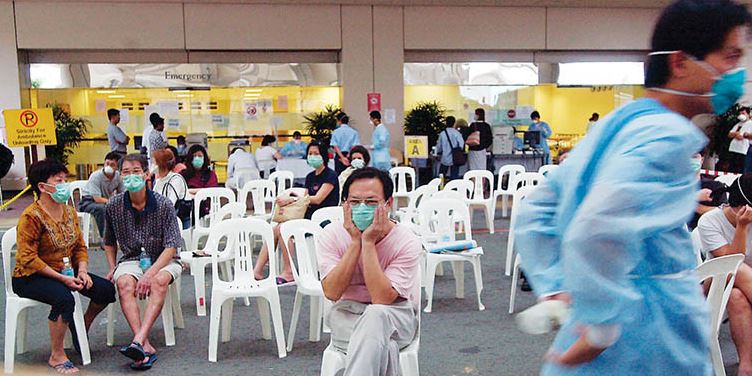 Prof Koh wrote in the article that,

The battle lasted for 4 months only — SARS was eradicated in Singapore in July, reported ST. However, the World Health Organisation (WHO) took Singapore off its list of SARS-affected countries by May, according to Singapore Infopedia.

Here in Singapore, it took 33 lives. WHO said the way we dealt with the crisis was “exemplary”.

Prof Koh pointed to 2 factors that contributed to our triumph.

When reflecting on the crisis, Prof Koh recalled the “admirable manner” Singaporeans had.

There was no panic. The people were calm and went about their daily activities.

In addition, those who were quarantined followed orders closely as well. 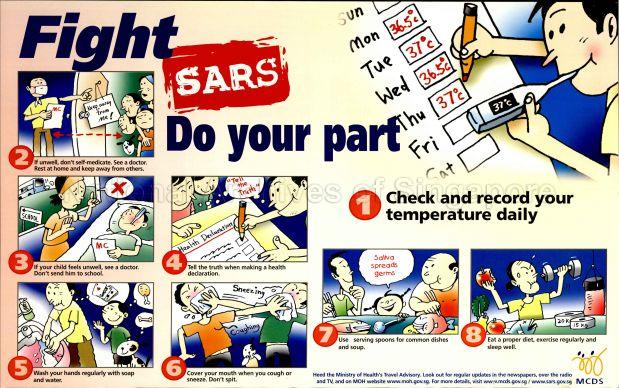 The crisis evoked the Kampong Spirit amongst many Singaporeans, who showed a “remarkable degree of solidarity”.

Neighbours helped other neighbours who were unable to help themselves.

Prof Koh cited the example of individuals who volunteered their time to record temperatures or go door-to-door in HDB estates to share accurate information on the virus.

This was in an age when fake news wasn’t easily clarified with the press of a button.

Heroic healthcare workers on the frontlines

Prof Koh lauded the bravery of our healthcare workers who tackled the challenge head on without hesitation.

Doctors and nurses offered to work despite the grave risk they faced. Dr Alexandre Chao was one of them. He voluntarily cut his leave short in the US to fight the virus, and gave up spending time with his wife and 2 young daughters. Unfortunately, he succumbed to SARS on 22 Apr 2003. 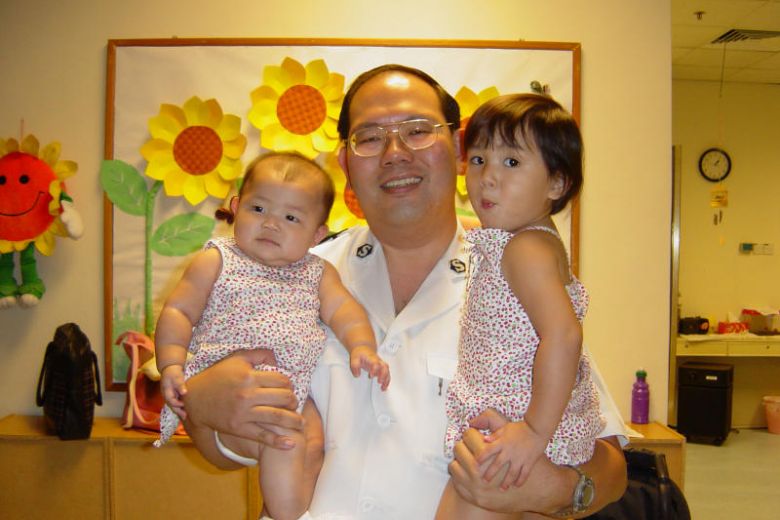 Dr Chao with his daughters
Source

Several other healthcare workers passed away from SARS, including 1 hospital attendant, 2 nurses and 1 doctor.

Although they had their own families and loved ones to care for as well, they thought of others before themselves.

Singaporeans must unite to fight Covid-19

Prof Koh summarises his letter with this truth — Singapore has faced such trials before.

Each time, we never let fear take over us and fought to get through the crisis together.

Each time, the people of Singapore rose to the occasion and survived the crisis. We should do the same in facing the current crisis.

What matters now is that we stay united as one, be brave and care for our fellow man.

Perhaps if we stay united, there’s a better chance we will overcome the Covid-19 crisis soon.