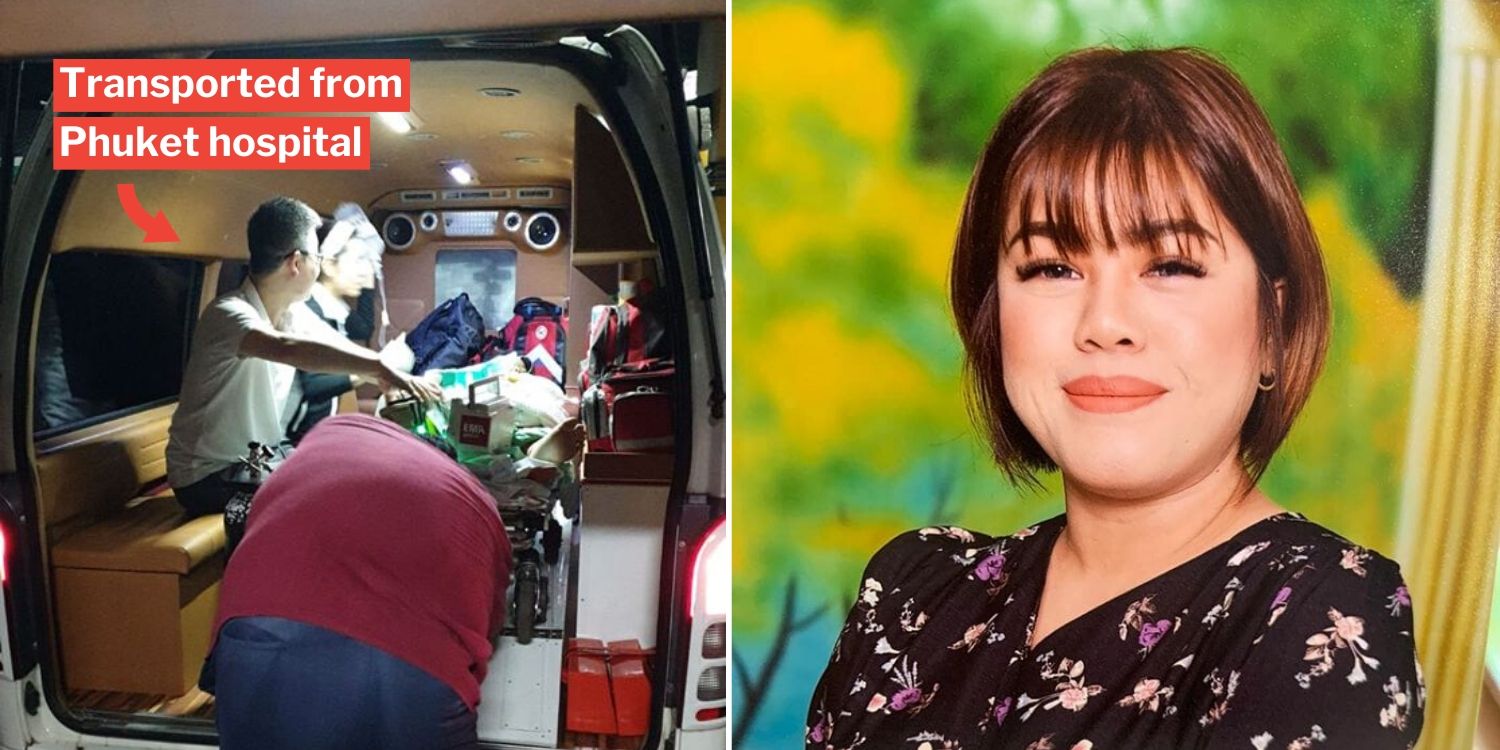 28-year-old Singaporean Elyna Azman was on vacation in Phuket with her fiancé and two other friends when tragedy struck on Thursday (9 Jan).

What should’ve been a good start to the new year went downhill after she got into an accident there.

Now back in Singapore, Elyna is fighting for her life in National University Hospital’s (NUH) Intensive Care Unit (ICU).

According to Berita Mediacorp, Elyna and her group had departed for Phuket, Thailand, on Thursday (9 Jan) morning.

All was well until her family received a call from her fiancé between 10pm and 11pm that same night, informing them that Elyna had gotten into an accident.

A van had collided into the motorcycle she was riding on, leaving her with serious head injuries. Her sister also told Berita Mediacorp that her right eye had swelled severely.

Paramedics rushed Elyna to Vachira Phuket Hospital, where staff had to tie her down as she was apparently convulsing.

Had no travel insurance

Her entire family, along with two cousins and an aunt, booked a flight to Phuket as soon as they received the news.

Since Elyna reportedly had no travel insurance for the trip, making medical arrangements was difficult. Her family had to seek help from the Singaporean Embassy in Thailand, as well as the Ministry of Foreign Affairs (MFA).

They intended to bring her back to Singapore for treatment, but transportation would cost them roughly $30,000 to $40,000.

By 5pm on Friday (10 Jan), her family had only managed to pool roughly $22,000 in loans and donations from friends, reported Berita Mediacorp.

However, a new report yesterday (11 Jan) confirmed that Elyna made it back to Singapore yesterday morning, and is now in the ICU at NUH.

Her family refused to disclose the amount of money they had collected, only crediting the “overwhelming love and support” from friends and kind strangers.

A friend’s Facebook update stated that Elyna’s condition was stable as of yesterday evening, and she didn’t need any urgent brain surgery.

Elyna’s sister had previously posted an appeal for donations on Facebook, which she also updated with news of Elyna’s safe return.

When contacted by Berita Mediacorp, MFA confirmed the accident and assured that they will offer consular assistance to the family.

Elyna’s family and friends are grateful for people’s generosity and EMA Global for helping to bring her home.

They still worry about her condition, but now have some relief that she’s back in Singapore.

We wish Elyna a speedy recovery, and hope her family stays strong through this difficult period.