Before this, Mr Aliff was charged with “voluntarily causing grievous hurt”, but got his charge upgraded as the baby succumbed to his injuries.

He faces the death penalty if found guilty.

Babies are precious creatures that require caretakers to be delicate and extra careful.

One man’s recent actions, however, were the complete opposite of that.

On Thursday (7 Nov), a 27-year-old man reportedly slammed a baby’s head against the floorboard of a van. 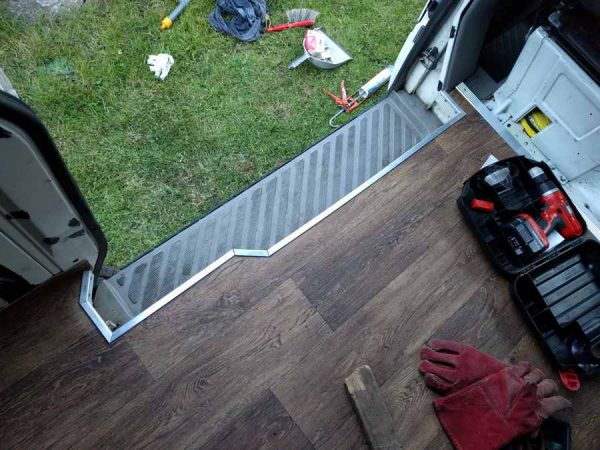 The baby was just 9 months old. He passed away a day later.

According to The Straits Times, the accident happened between 10pm Thursday (7 Nov) and 12.15pm Friday (8 Nov) at a multistorey carpark along Yishun Street 81.

Mohamed Aliff Mohamed Yusoff, who works in the renovation industry, had slammed the 9-month-old baby’s head against the floorboard of a van, causing “serious injuries”.

To make things worse, the baby reportedly did not share any blood ties with the man. Shinmin Daily reports that the infant was the child of the suspect’s girlfriend.

According to Facebook posts by family members, the baby passed away on Friday (8 Nov) and was buried on Sunday (10 Nov).

The 27-year-old man has been charged with “voluntarily causing grievous hurt” to the young infant.

If found guilty, the man could be jailed for up to 10 years, and fined or caned.

Ms Saufiah Wahib – presumably a family member of the baby who passed away – penned several heartfelt posts on Facebook mourning the infant’s death.

In a post on 9 Nov, Ms Saufiah referred to him as a “little angel” whose “endless smiles” will forever be remembered. 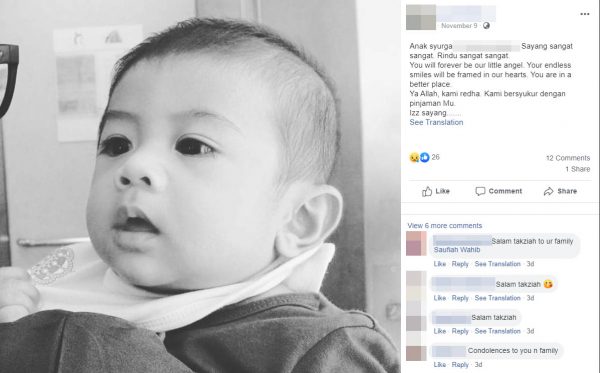 She also wrote in a post 1 day later that she has no ideas how anyone would bear to “cause grievances hurt to this little angel”, but is confident that “justice will prevail”, 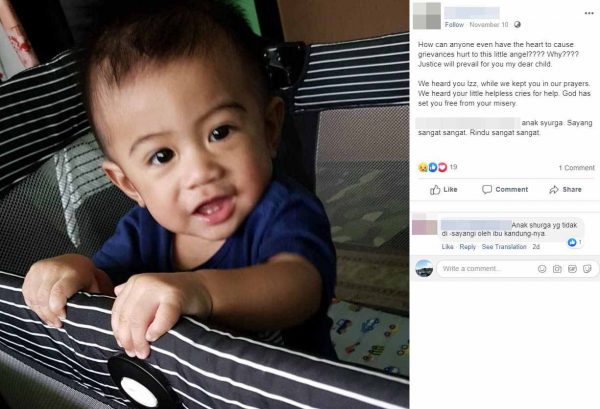 Rest in peace, young one

Our heartfelt condolences go out to the family members of the infant, who tragically passed away.

While the events leading to the tragic accidents remain undisclosed to the public, we are certain that justice will be served to those responsible in the courts. 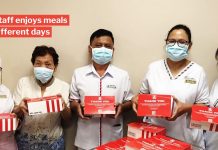