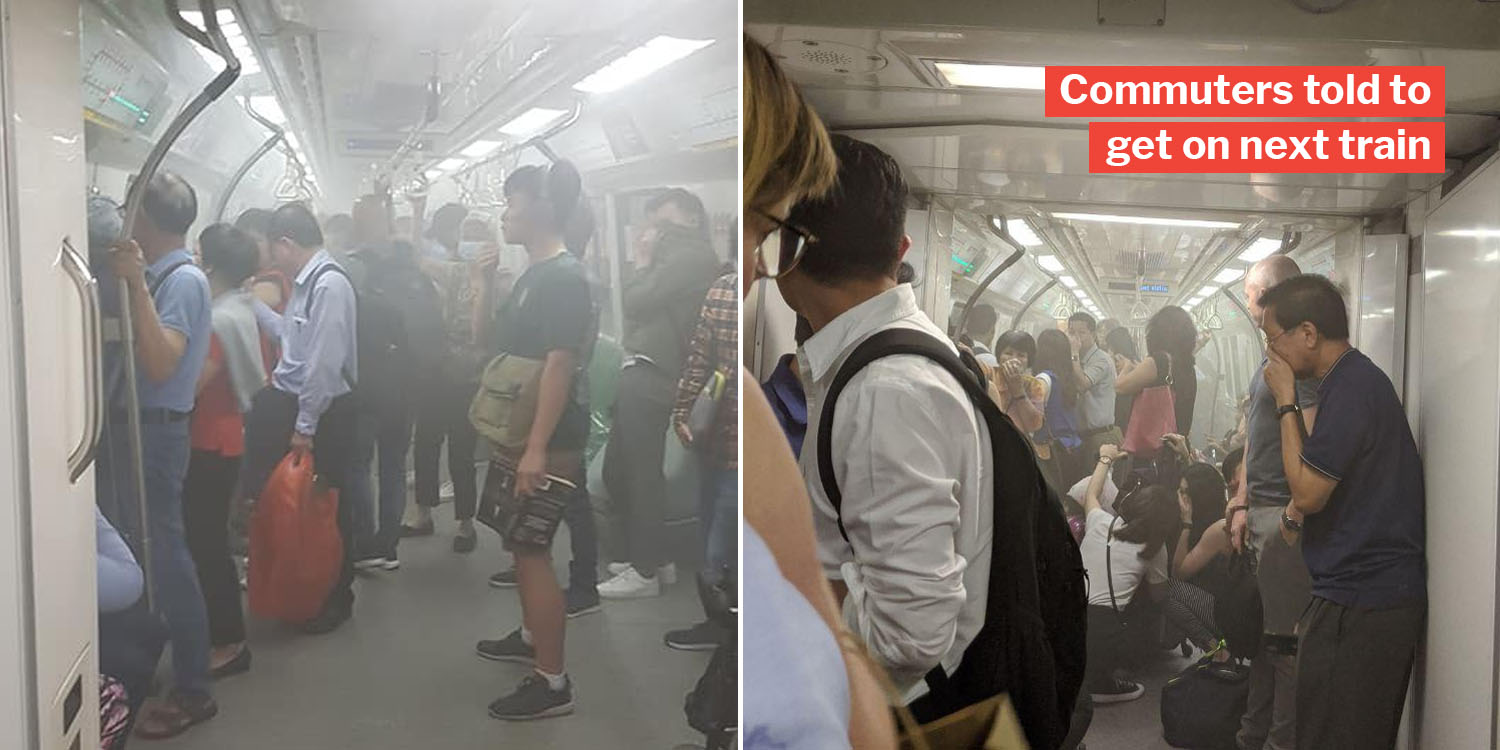 On Friday (10 Jan), commuters travelling on an east-bound MRT train were shook when they stopped at Raffles Place MRT station.

Without warning, white smoke that allegedly smelt like “fumigation fumes” filled the cabin. 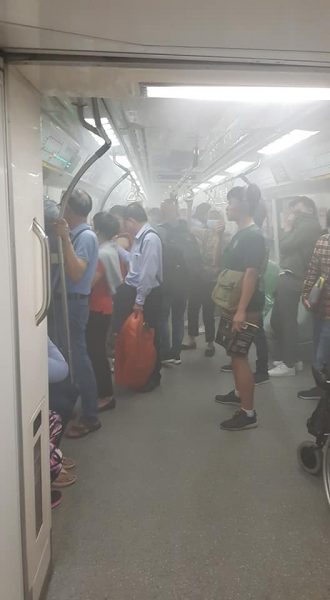 A picture uploaded on Twitter showed commuters covering their mouths, while others squatted, seemingly in distress. 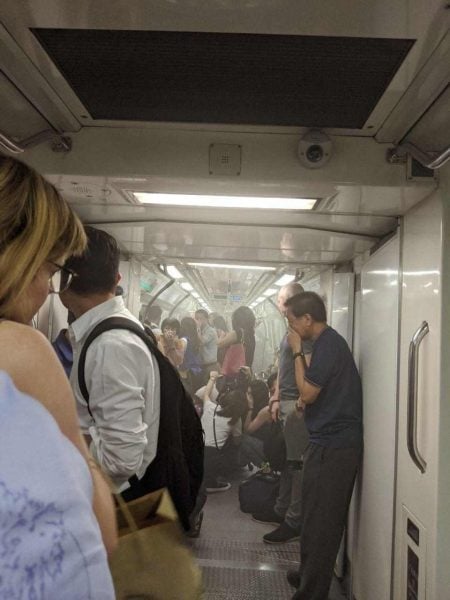 According to Channel NewsAsia (CNA), the incident happened at around 12.45pm at the east-bound platform of Raffles Place MRT station.

The white smoke in the cabin was allegedly caused by a leaking air-con compressor, which emitted Freon gas.

The gas is commonly used as refrigerants and air-cons and is “stable” and of “low toxicity”.

For precautionary reasons, all passengers were asked to get off the affected train and board the subsequent one.

The train was then “withdrawn from service” and sent for further checks.

Passengers onboard the train apparently complaint of a “pretty strong” smell akin to fumigation fumes. 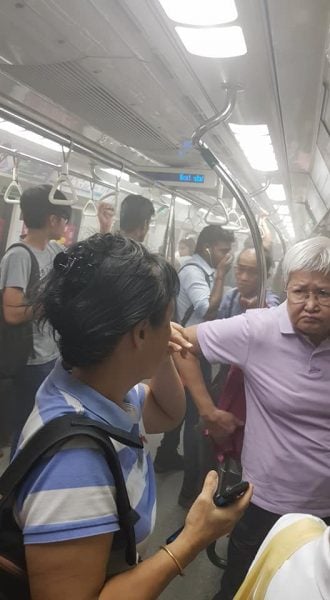 The white smoke reportedly caused a minor commotion, and some commuters allegedly took out masks and wore them.

This isn’t the first time that such an incident had happened. 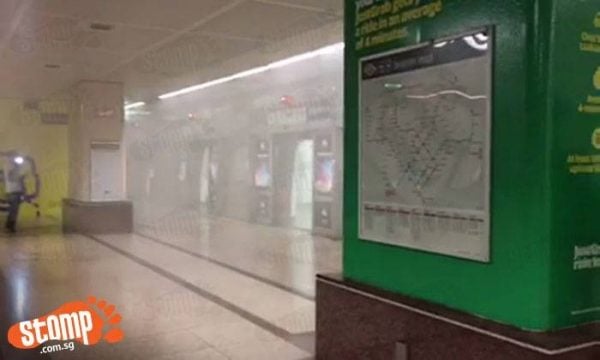 None of the affected commuters appeared to have suffered major complications as a result of the leaked gas.

We hope nobody was seriously affected by the incident

Let’s hope nobody was seriously affected by this latest incident.

Given that similar incidents had happened on the East-West line at around the same locations, perhaps this likely more than just a coincidence.

We hope the relevant authorities will launch an investigation to avoid similar states of panic in the future.