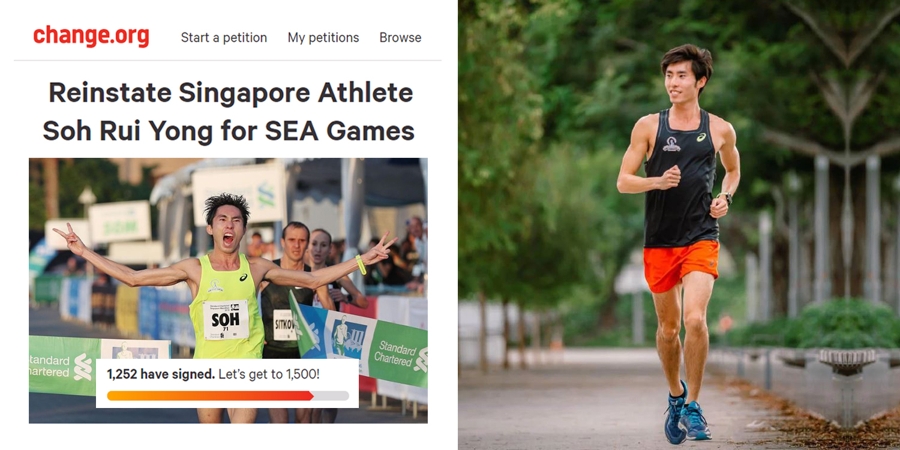 They hope he can bring home the gold for the third time.

A shocking announcement just a day ago, changed the fate of a local marathon national runner forever, in the lead up to SEA Games 2019. 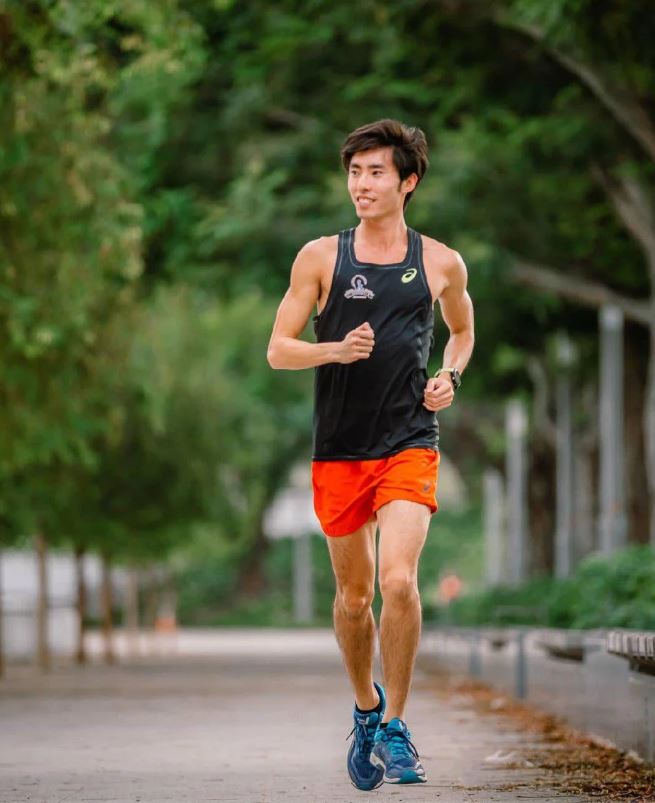 Soh Rui Yong, 2-time SEA Games Gold Medallist will not be representing Singapore at the next games, due to an ongoing dispute with the Singapore National Olympics Council (SNOC).

His name was omitted from a list of candidates who will be representing our country in their bids to take home the gold for Singapore.

Citizens who were in disbelief at the decision quickly created a viral petition on Change.Org to support his bid for the games. 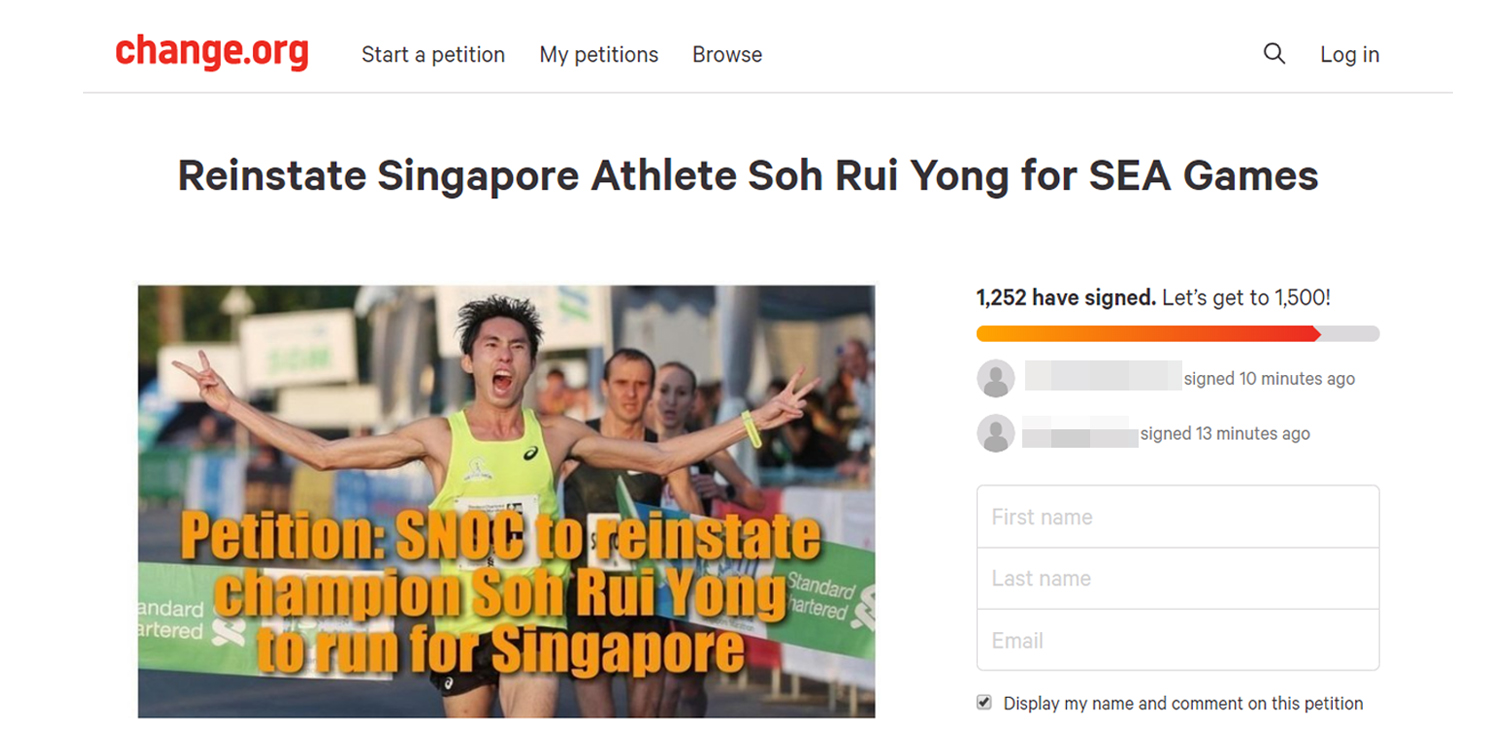 A netizen named KM Chia created the petition in the hopes that Soh will be “reinstated for the SEA Games” and have a chance to represent Singapore.

The petition already has 1,252 signatures and counting at the time of writing. You can sign it here if you support his cause.

So why is Singapore not sending Soh Rui Yong, our best shot at taking home a marathon gold medal, to the SEA Games?

The athlete is currently embroiled in a $120,000 defamation lawsuit filed by fellow runner Ashley Liew over “false” statements regarding an act of sportsmanship back in 2015.

What is SNOC’s official reason for not selecting Soh?

SNOC quickly issued a statement to pacify confused fans of Soh, explaining the rationale behind their decision.

They claim that since the 2017 SEA Games, there have been “numerous instances” where Soh displayed conduct that falls short of the “standards of attitude and behaviour” that the SNOC expects from its athletes.

It’s important to note that since this is an ongoing lawsuit, either side’s version of the truth still hasn’t been verified. This begs the question of why Soh can no longer participate in the SEA Games, before a final judgement is passed.

The goal is to bring home the gold

In a meritocratic society, it’s important to remember what’s at stake if we don’t send our top talents to take home the gold for Singapore.

Our country has long invested in grooming sporting talents, so we think it’s a pity that an internal matter is affecting our chances at achieving the results we’ve pinned our hopes on.

Furthermore, it seems almost silly to be letting disputes take the fore, when our toughest battles in the sporting arena will take place beyond our shores.

Disunity is how we lose the race, before we even begin.