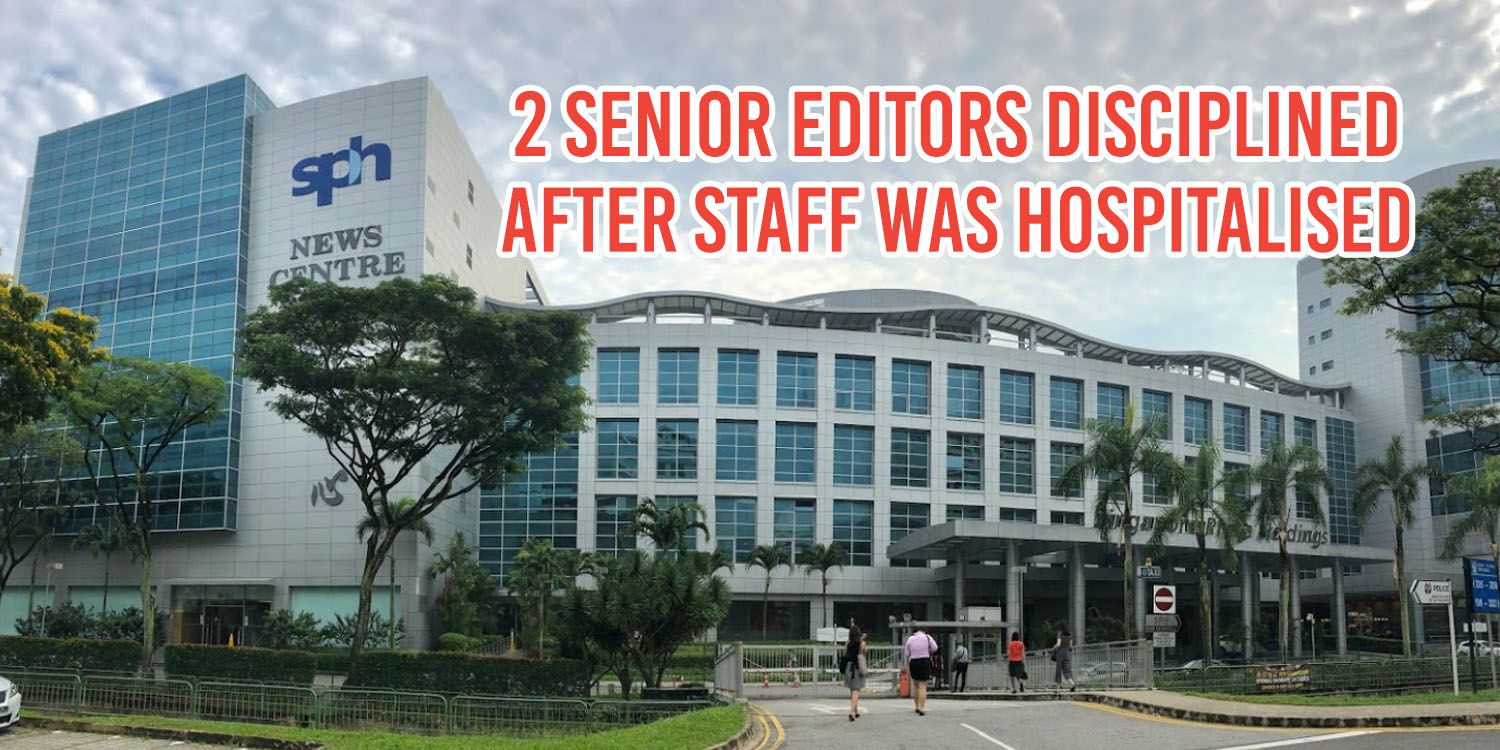 1 Straits Times Editor Will Be Demoted & The Other Will Be Redeployed: SPH

A truly shocking announcement was made by Singapore Press Holdings (SPH) on Wed (3 Oct) via The Straits Times.

Two senior editors have been ‘disciplined’ as a result of an internal inquiry regarding allegations of “improper relations” with a “subordinate member of staff”.

These allegedly happened on “two separate instances” and the victim – who worked in The Straits Times newsroom – was hospitalised last week for undisclosed reasons.

Currently, the staff member is “recovering at home”, and SPH added that,

Our top priority is to ensure she receives all medical attention and assistance she needs as well as to provide help to her family at this difficult time.

According to Yahoo News Singapore, these two editors allegedly had relationships with “an SPH scholar in her 20s” who worked directly under these two men in “separate departments”.

ST Editor confirms police are “not investigating the matter”

SPH has not commented on the reason for alleged victim’s hospitalisation or if a police report has been made.

However, ST Editor Warren Fernandez clarified in an urgent town hall meeting that the police are “not investigating the matter”, and the misconduct was related to “supervisors using their positions to get into relationships”.

He added that an “immediate termination” was not going to be dished out to the 2 editors, “largely because of the good work they’ve done”.

There’s definitely reason to believe that the allegations of “improper relations” were serious enough to warrant disciplinary action against the 2 senior staff members, whose identities have yet to be officially revealed.

The Online Citizen, however, has identified one of the editors as Marc Lim — a 42-year-old married man with two children who has been “demoted two levels”. The current allegation is that he had “an affair” with his subordinate.

TOC also revealed that the “subordinate” in question was an intern who had “attempted suicide” after her boyfriend found out about the affair.

It’s important to note that these details have not been denied nor confirmed by SPH at the time of writing.

The Straits Times also reported that they “found sufficient grounds” to conclude that the two editors singled out had “breached SPH’s code of conduct”.

As such, they will be facing the following penalties:

Finally, SPH clarified that they take a “serious view of any transgressions of its code of conduct” and will not hesitate to take appropriate measures after the inquiry process is complete.

Our hearts go out to the hospitalised staff member in this difficult time.

We hope that the disciplinary action taken against those involved will at least offer her some semblance of peace.

It’s currently unknown if this case will warrant a criminal investigation, but the public are reminded not to speculate about the case until further details are released.