Lewd pictures of women were being shared in the group with over 40,000 members. As a result, 4 people were arrested for sharing obscene materials.

While that group has since been taken down, similar groups have emerged on the messaging platform under different monikers.

This week, numerous netizens have written posts about 2 new Telegram platforms on which pictures of girls in Singapore have been circulating. One such post can be found here: 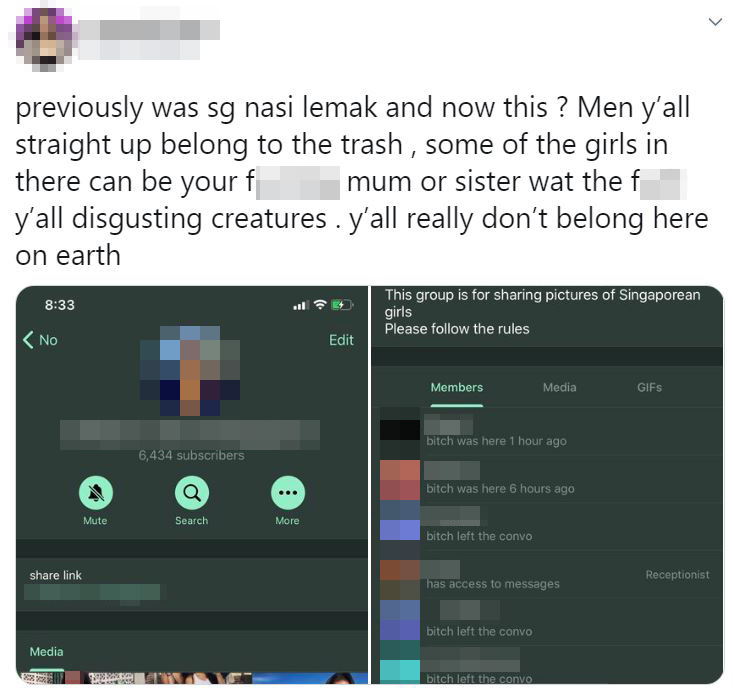 Telegram channel of girls’ images has over 6,000 subscribers

According to the tweet, the new platforms include a Telegram messaging channel with over 6,000 subscribers and another group with a following of nearly 4,500 members.

At the time of this article, nearly 5,000 photos and 40 videos have been shared in the group, mostly of young girls. 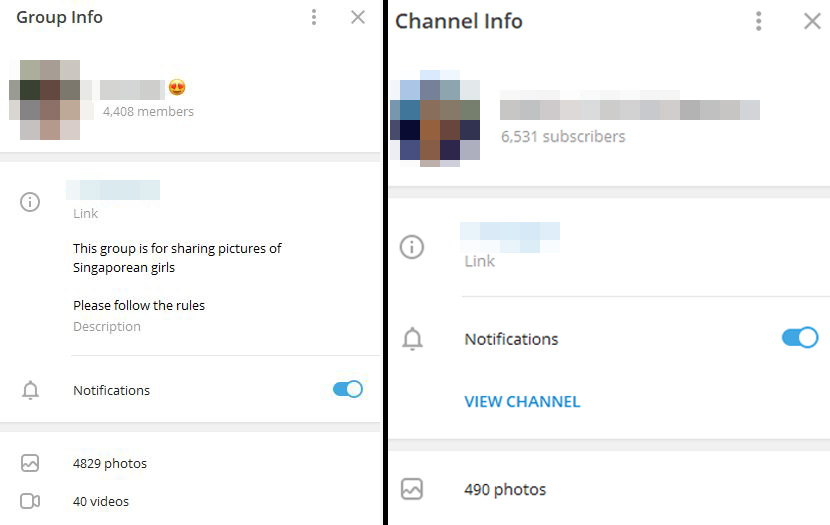 The purpose of the Telegram group was stated clearly in its description, which wrote that the group “is for sharing pictures of Singaporean girls”. 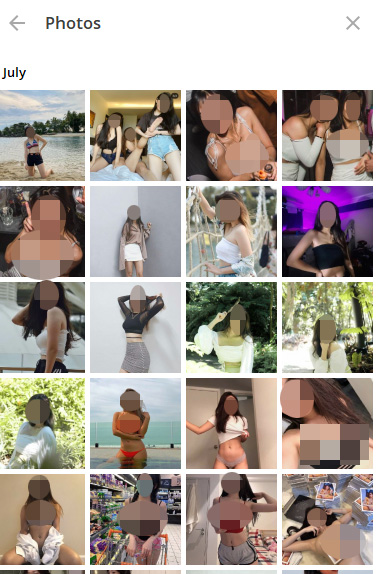 MS News has reached out to the police for a statement and will update this article when more information is available.

A number of Twitter users have publicly condemned the 2 new Telegram platforms, comparing it to the likes of SG Nasi Lemak.

One netizen has also created a document with instruction on how to report such groups.

The same user has apparently lodged a police report too.

Hope action will be taken soon

We hope swift action will be taken against those responsible for disseminating the obscene content.

Every human being deserves to be treated with dignity and respect, we can’t imagehow distressing it may be to find out photos of yourself are being circulated without consent.

Hopefully, the authorities will crack down on such channels as soon as possible, and take swift action against those responsible.