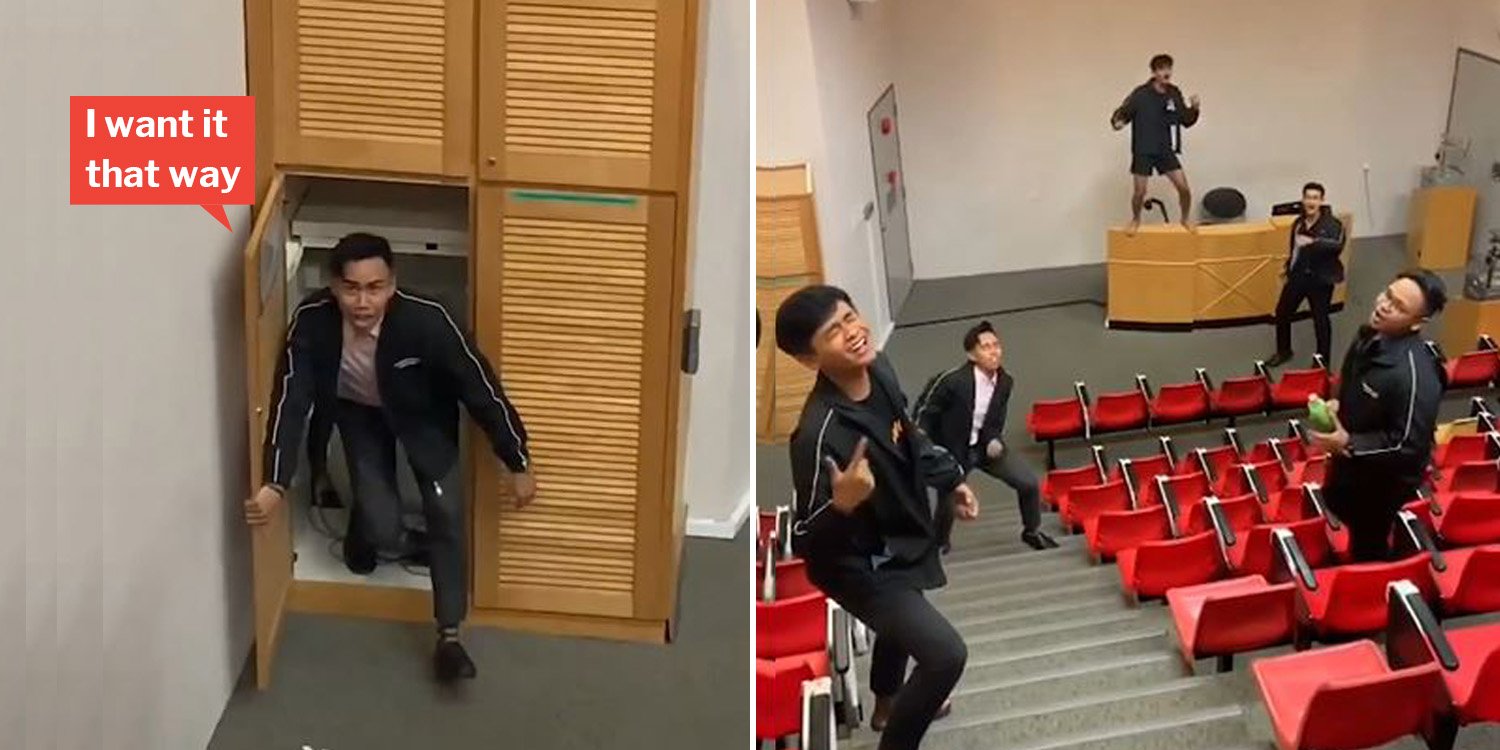 Whether you’ve graduated or not, we’re sure all students are familiar with that awkward moment of waiting for a teacher who’s late.

Most of the time, we would either do some light reading, catch up on social media news, or take a nap.

In this case, a group of students from Temasek Polytechnic took it to a whole new level by creating a cover video to “I Want It That Way”, by the old-school boy band, Backstreet Boys.

They even subtitled the video.

Sang their hearts out inside a lecture theatre

If you’re not familiar with the song, here’s the original music video.

Unlike typical cover videos where most people are seated, this group of students took the extra effort to hide at various corners of the lecture theatre (LT) and only appearing for their individual parts.

The video started with a student emerging from the seats of the LT, followed by another student appearing from the back of the teacher’s desk. 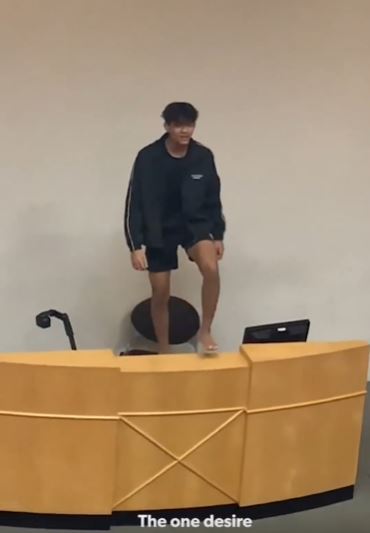 One student even decided to hide in the cupboard which was supposed to be locked.

After which, another student makes a dramatic entrance by slamming the door, which led to the entire choir singing in unison.

Here’s the link to the full video.

The creative music video garnered over 300 shares at the time of writing and received a slew of comments from netizens.

Most netizens reacted positively to the cover video. One even said that Backstreet Boys “would be very proud of them.”

Another netizen says the students’ antics are an accurate representation of what they do in university.

If you thought the guy coming out of the closet is without doubt the highlight of the video, you clearly aren’t alone.

It’s okay to have fun sometimes

It’s refreshing to see how these students found a way to have a good laugh amidst the stress from studying.

After all, could you imagine how mundane school would be like without funny, spontaneous classmates to lighten up the mood?

What are some funny experiences you’ve had in school? Let us know in the comments below.