Must Share News – Independent News For Singaporeans
Home Inspiration This Rainbow Bird In China Is Like A Fluffball Made Of Paddle... We’ve seen some beautiful Paddle Pop skies during sunset and sunrise over the past weeks. In the midst of a global pandemic, these are the simple joys we need.

However, what if we told you that this rainbow joy can be found in a little bird too?

Let us introduce you the the white-browed tit-warbler that looks like it was splashed with a vibrant mix of Paddle Pop colours. 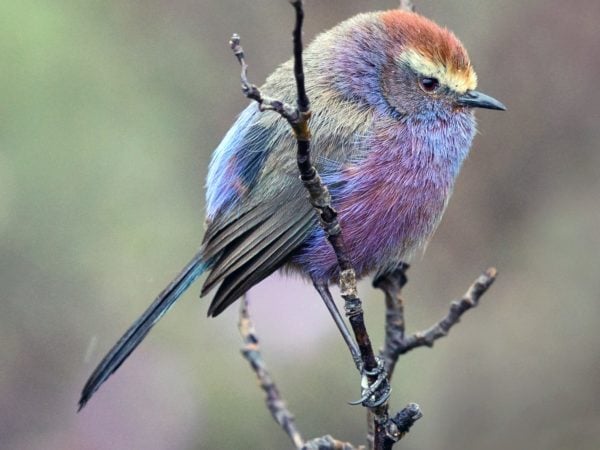 A tiny bird with a bold appearance

Measuring around 8.5-10cm long, and weighing about 6-8g, the white-browed tit-warbler may seem easy to miss. However, its appearance is anything but inconspicuous. 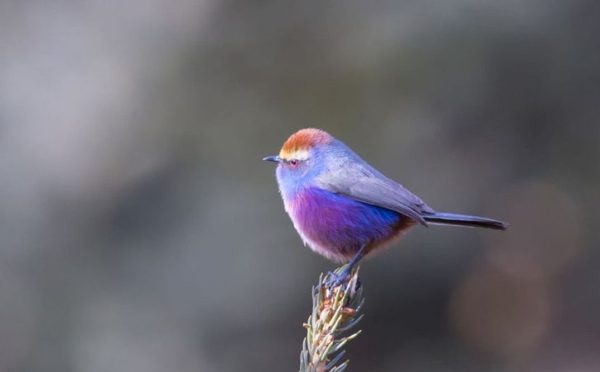 Residing in the vast mountainous shrublands from The Himalayas to Northwest China, the rainbow iridescence of the warbler’s plumage stands out greatly.

Its overall appearance is that of purplish-blue, and it has a soft pink tummy. 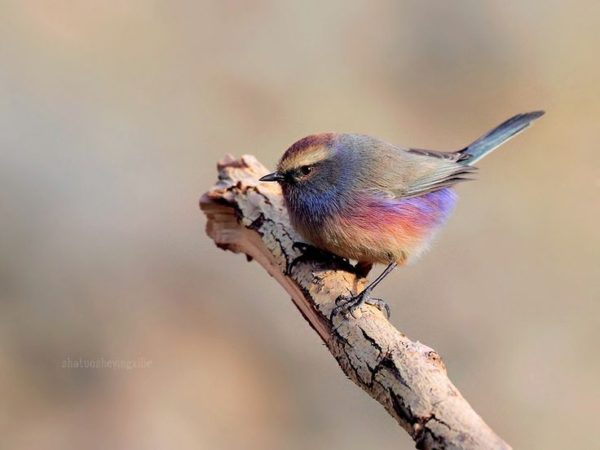 Aside from it’s multicoloured eleganza, the warbler also has a few other endearing features.

As mentioned in it’s name, the cute lil’ birb has 2 white streaks right above its eyes, making it look like it has white eyebrows. It’s almost like a slightly angry little old man. 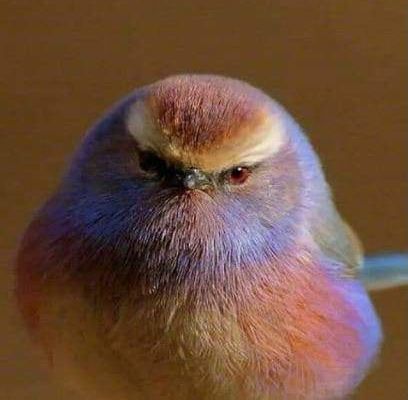 The warbler also has a chestnut cap on it’s head, which is adorable to say the least.

Living in a colder habitat is also what gives the warbler the fluff. If anything, it kinda looks like a walking tie-dyed cotton ball — and we’re living for it. 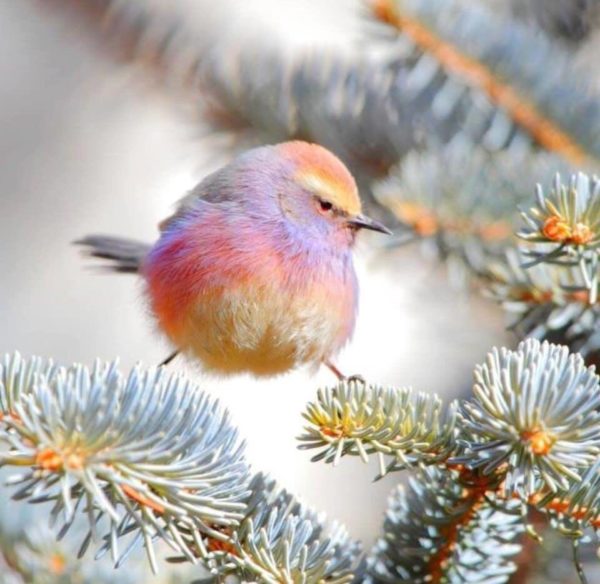 As with many other birds in the animal kingdom, the males usually have to up their game to get the ladies.

Contrary to humans, the females tend to be more dull-coloured, while the males are more colourful to attract the attention of potential mates. 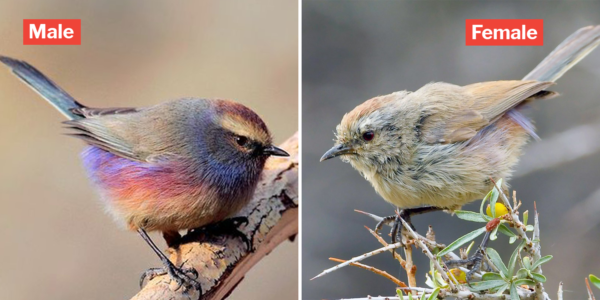 The same is seen here in the white-browed tit-warbler. The females still have slightly coloured hues, but definitely less vibrant than the males.

After all, male birds are the ones who need colourful plumage to win the hearts of females.

Needless to say, we are absolutely floored by the beauty of the male tit-warbler.

Though we can’t see it IRL quite yet, at least we have these photos to bring us a little joy.

There’s some pretty magnificent wildlife out there we know little of, perhaps we could use this time of isolation to explore more amazing things Mother Nature has to offer.