British singer Tony Hadley’s name has been trending in Singapore for the past week.

Why is this innocuously random trend significant? The case involving BBC, a $10,000 cash prize, and a Singaporean radio show’s contest has enthralled netizens since the story first went viral.

Here’s how all’s well that ends well, in an inspiring tale of how a singer came to the rescue of a regular Singaporean — though they were miles apart from each other.

Mr Shalehan, a loyal fan had participated in a game show on radio station Gold 905 on Tuesday (21 Apr). 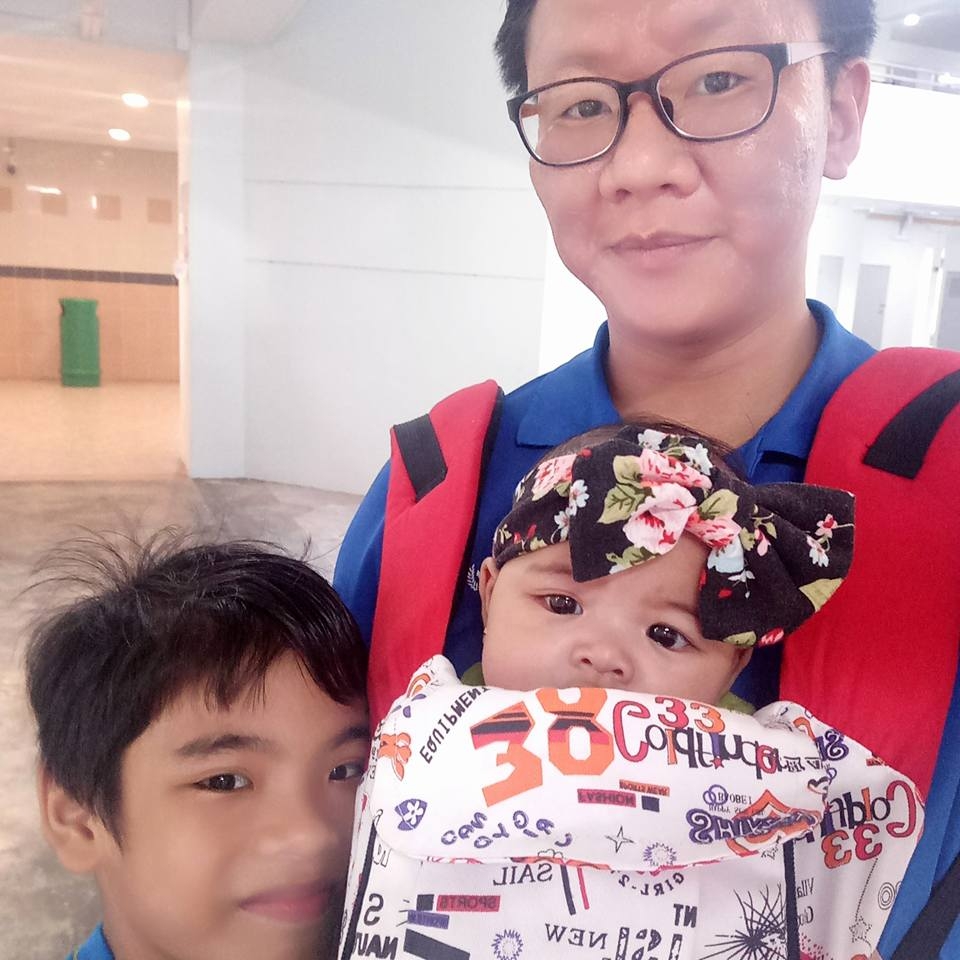 His entry was rejected on the basis that he had “mispronounced” singer Tony Hadley’s last name — as ‘Head-ly’ rather than ‘Had-ly’.

The $10,000 cash prize was awarded instead to a later entry, with the ‘right’ pronunciation.

Undeterred by the ruling, Mr Shalehan reached out to ask Mr Tony Hadley – the singer in question – if he saw any issues with how his name was mentioned.

The British singer uploaded a sincere video to share that Mr Shalehan had pronounced his name “absolutely correctly”.

However, Gold 905 uploaded a video with Mr Sharlehan’s version of saying Tony Hadley’s name, and stood by their judgement in spite of Mr Hadley’s clarification. 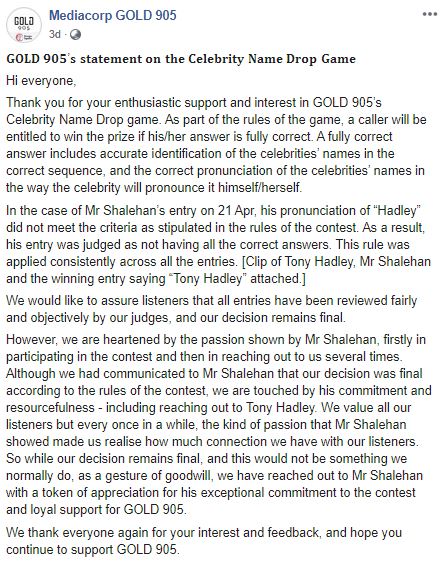 After the story went viral, the peak in global interest finally resulted in Gold 905 backtracking on their previous ruling within a day.

They had initially offered Mr Sharlehan a “token of appreciation” for his “exceptional commitment”. 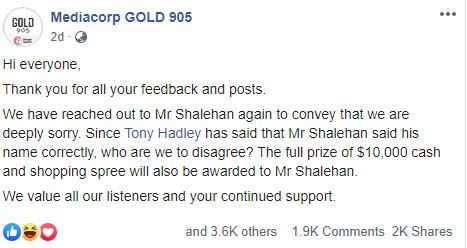 But later backtracked on the ruling, awarding the full prize of $10,000 to both winners.

Since Tony Hadley has said that Mr Shalehan said his name correctly, who are we to disagree?

This was probably in response to netizens who had fervently jumped to Mr Sharlehan’s defense on Gold 905’s Facebook page.

As a sweet ending to the close of this episode, singer Tony Hadley has extended an invitation to both fans who had identified his voice.

Calling the ruling “fair” and “honourable”, Mr Hadley shared that he was excited to see them during his October visit to Singapore.

What’s in a name?

As Shakespeare has famously questioned, what’s in a name? In this case, a ‘mispronounced’ name coming full circle with the duo possibly reuniting in Singapore this October.

This story is a wonderful tale in how our pop culture heroes can come to the aid of regular fans even if they’re miles apart.

That is the real triumph here for Mr Sharlehan & we hope that he puts the prize money to good use.

We have no doubt that Mr Tony Hadley – Headley – or otherwise, would be pleased that his music and what he stands for has brought joy to the lives of regular Singaporeans, halfway across the world.