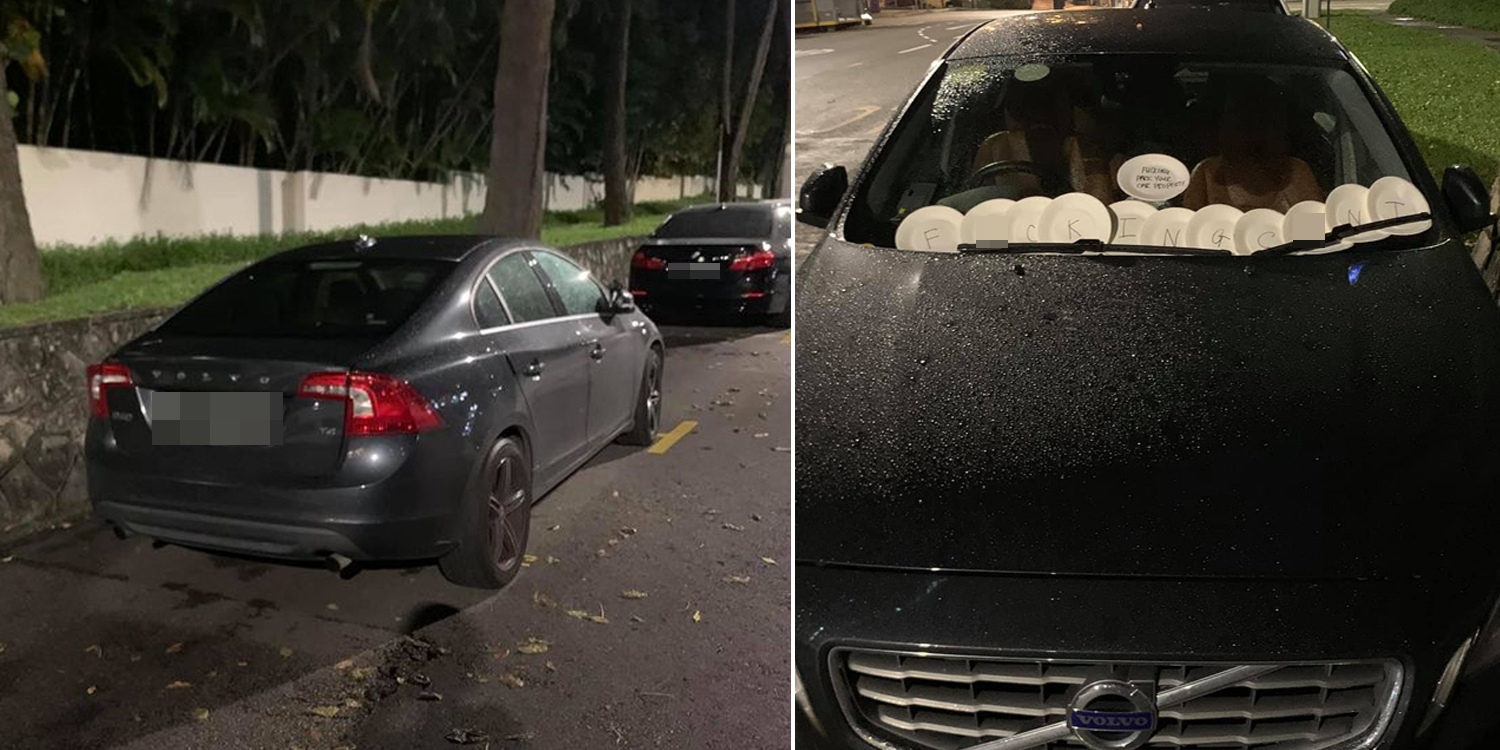 Parallel parking is one of the biggest obstacles that many drivers face.

But as difficult as it is, many of us still manage to get our vehicles within the space. It just takes a little time to manoeuvre your way around it. 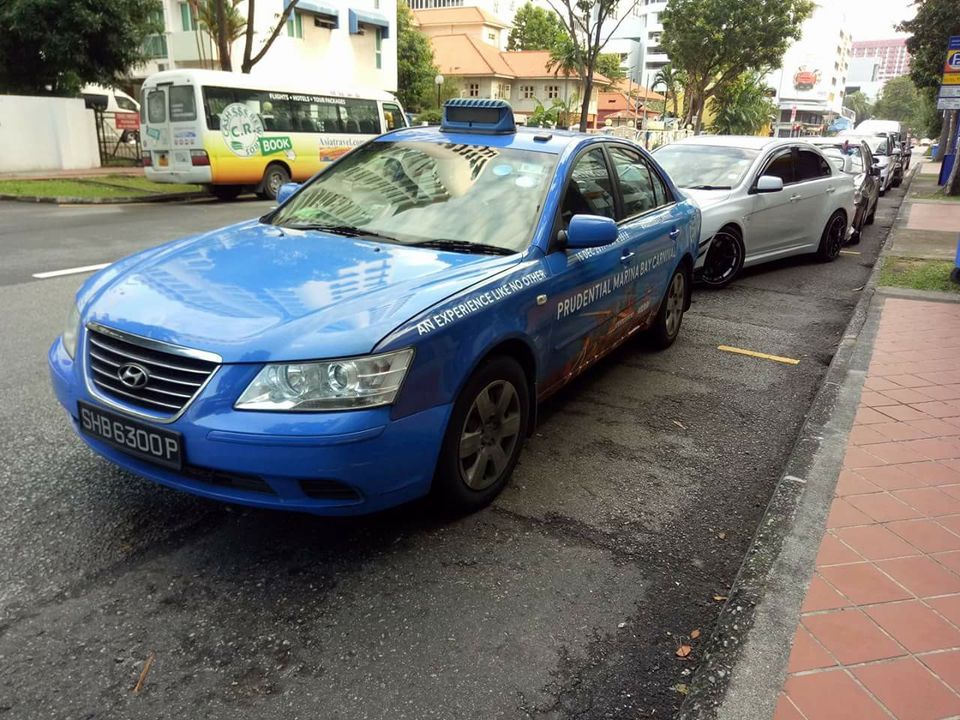 One Volvo driver, however, parked his car in the middle of 2 parallel parking lots along Claymore Hill. 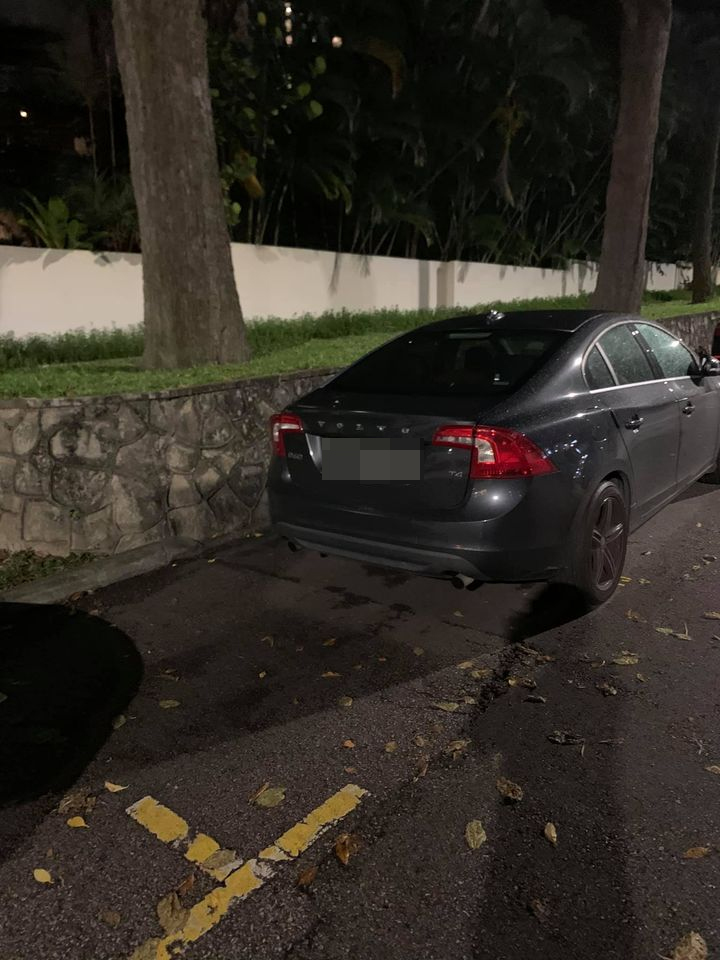 Presumably irritated by the driver’s inconsiderate parking, someone left an explicit message on the Volvo’s windscreen using 12 disposable plates.

Pictures of the peculiar incident were shared on the SG Road Vigilante Facebook group on Wednesday (26 Aug). 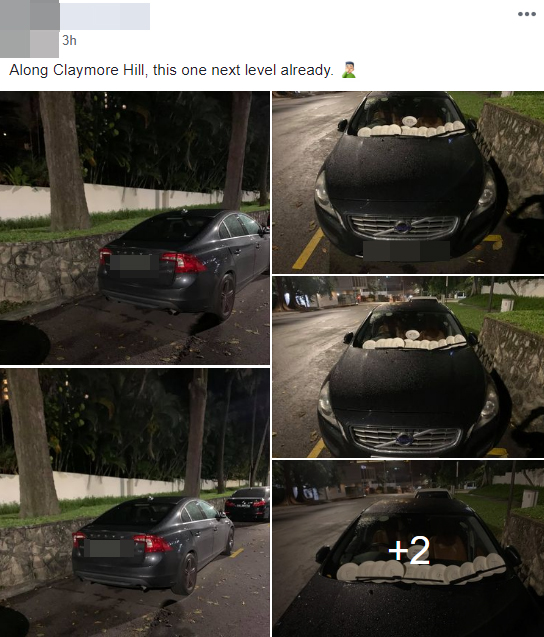 In the pictures, a black Volvo sedan was parked in the middle of 2 parallel parking spots, with ample space behind and ahead of it. 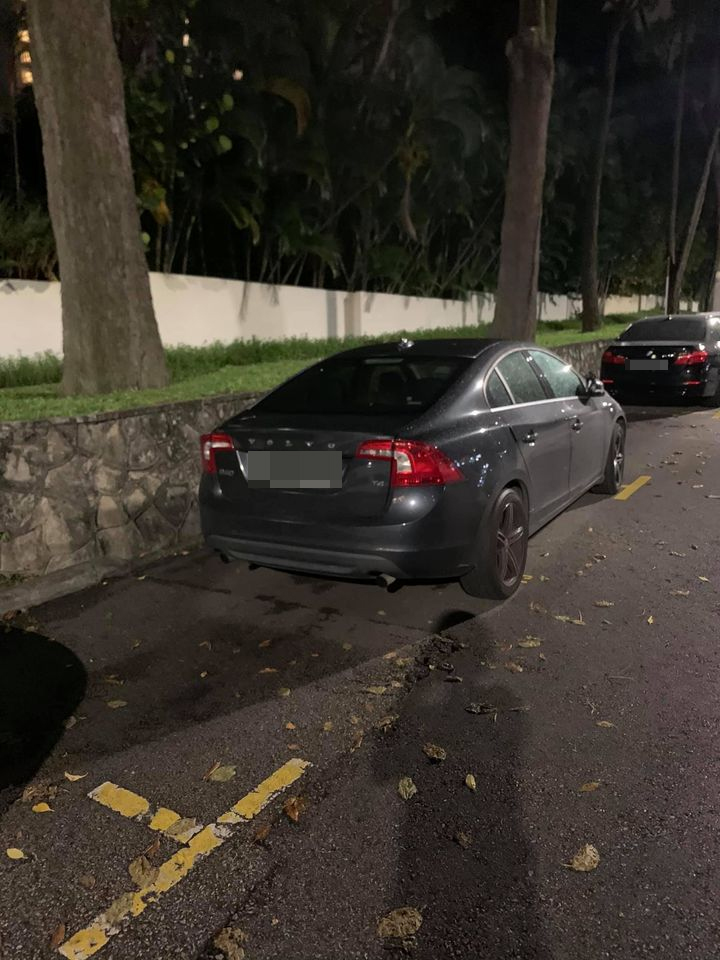 For anyone who’s unsure, there are 2 sensible things to do in this situation if you’re a driver:

The Volvo’s driver, however, did neither of the above. Instead, he thought it’d be nice for him to have the best of both options.

With its front bonnet occupying a portion of the front lot, while the rest of the vehicle sits in the back lot, other drivers were unable to park properly too. 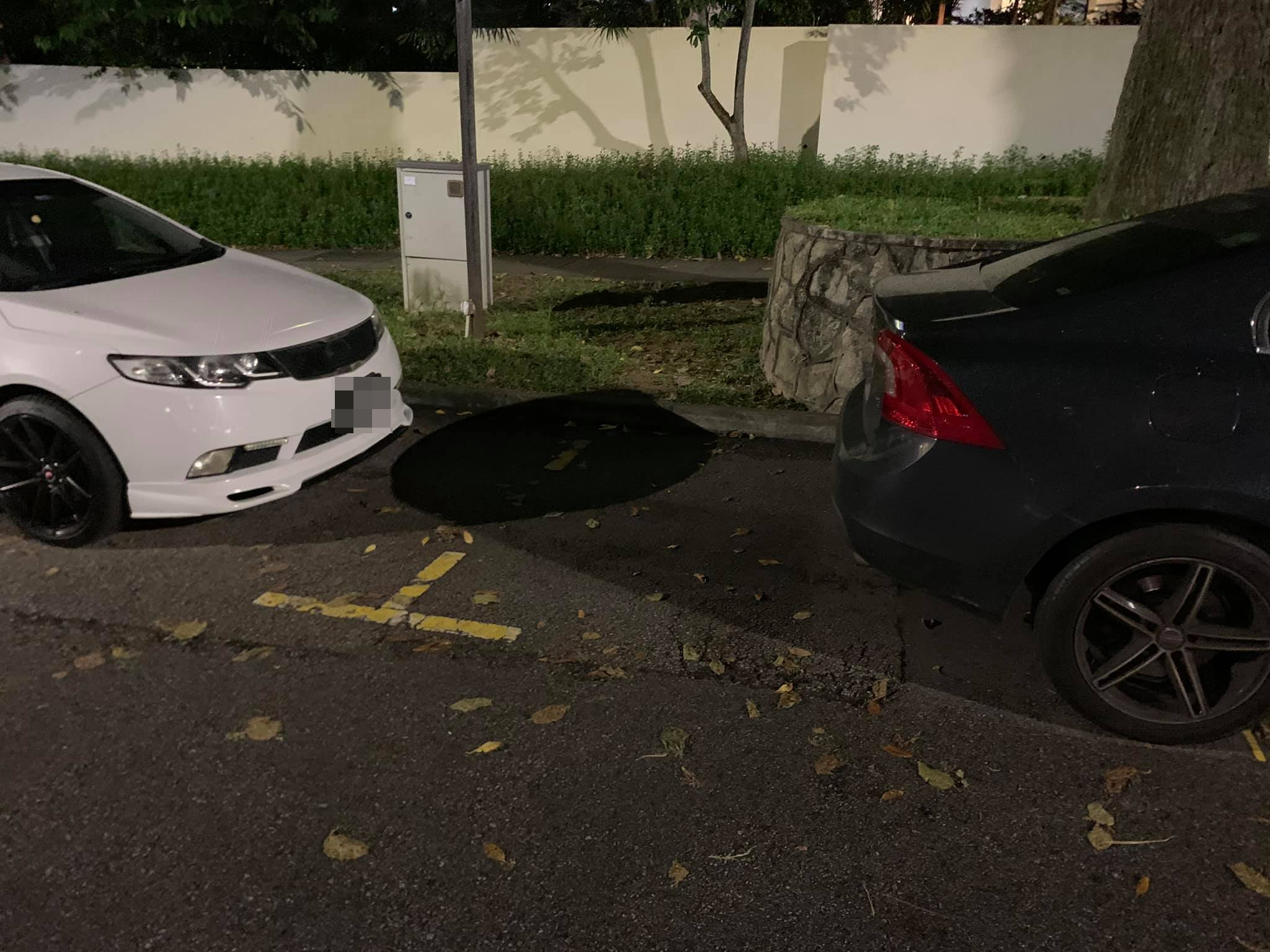 Witnessing the inconsiderate parking ethics, someone decided to give the Volvo driver a piece of his mind.

While that would normally entail a message written on a piece of paper, the person decided to make it a memorable one by using 11 disposable plates to spell out the words “F***ING C*NT”. Be a considerate driver

No matter how challenging parallel parking is, stopping one’s car in the middle of 2 parking spaces remains extremely inconsiderate.

We hope the Volvo driver learns his or her lesson from the incident not to park in such a manner moving forward.