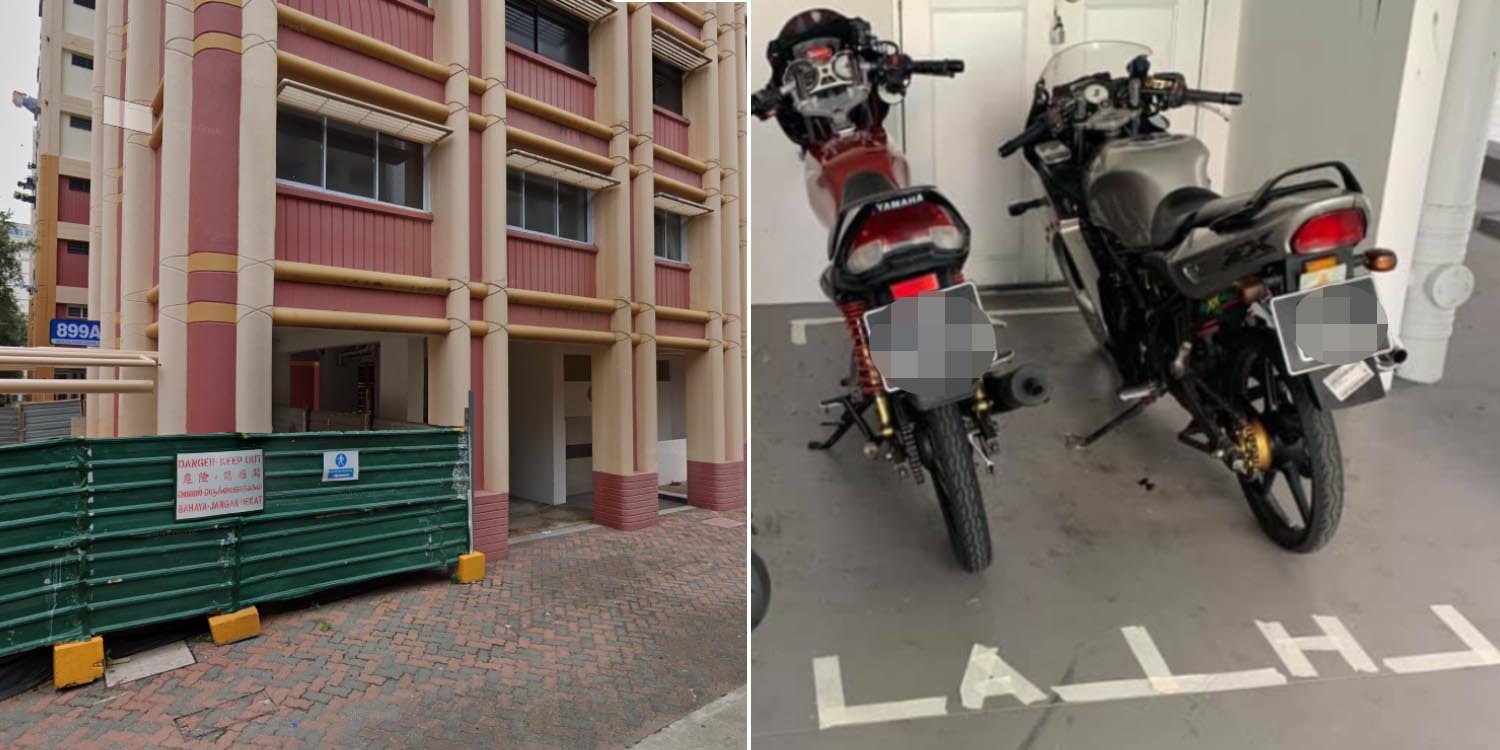 Every motorist would be familiar with the agony of not being able to find a carpark space.

While most of us would simply wait for a lot to be vacated, or seek alternatives elsewhere, a bunch of motorcyclists apparently decided to DIY their own parking spaces.

On Tuesday (25 Aug), a series of pictures were uploaded on the SG Road Vigilante Facebook group, showing the “DIY” demarcated lots in the void deck of an HDB block in Woodlands. 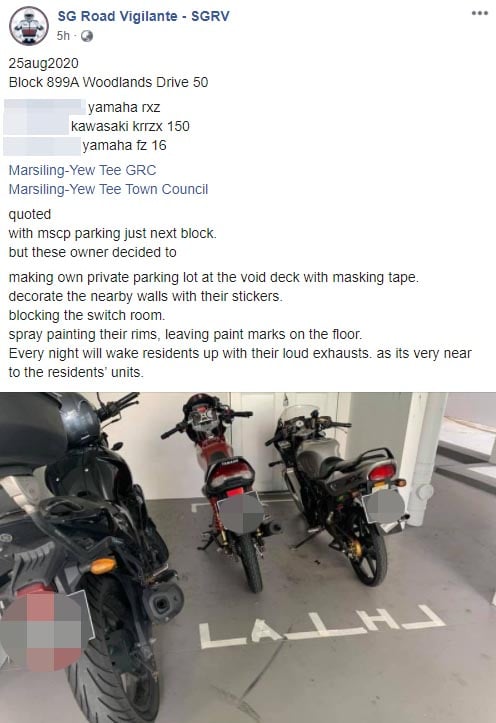 According to the post, the handmade lots were found at the void deck of Block 899A, Woodlands Drive 50. 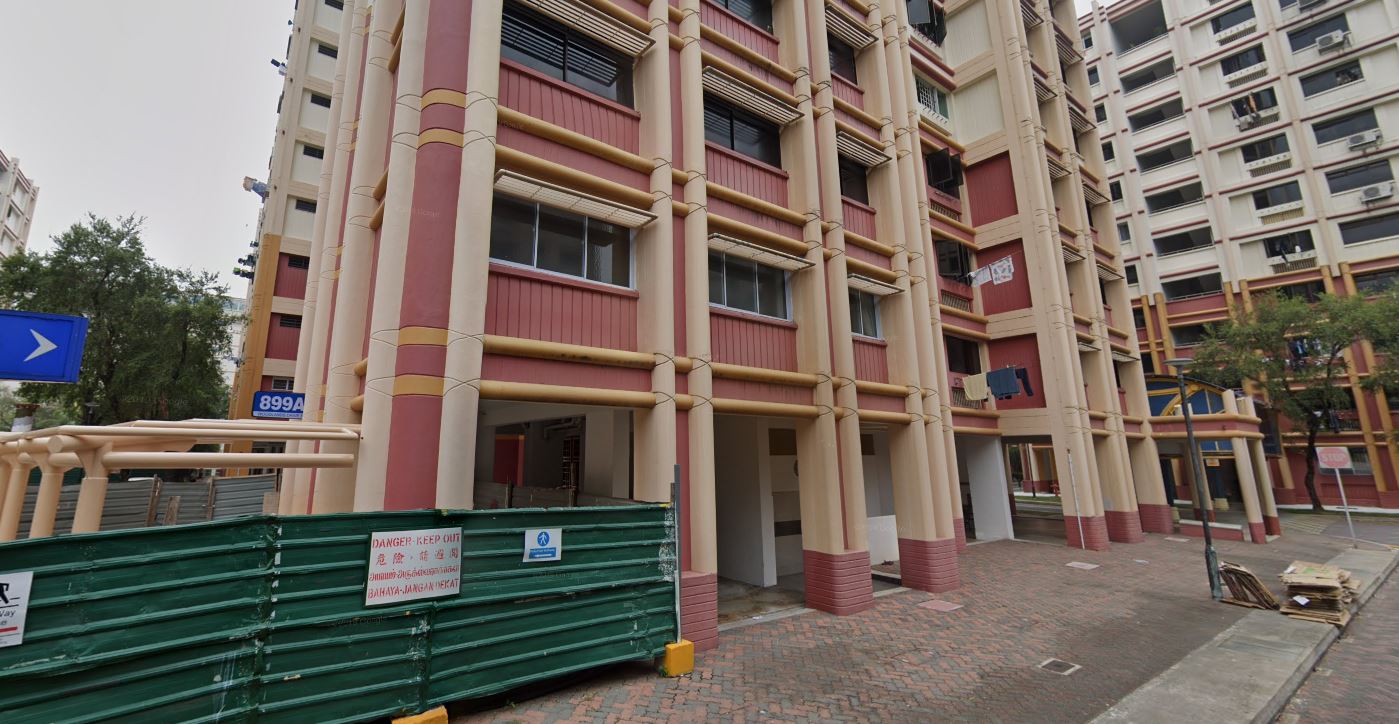 The makeshift lots appear to be marked by pieces of masking tape.

2 motorbikes were seen parked inside these DIY lots, while another was parked outside the perimeter. 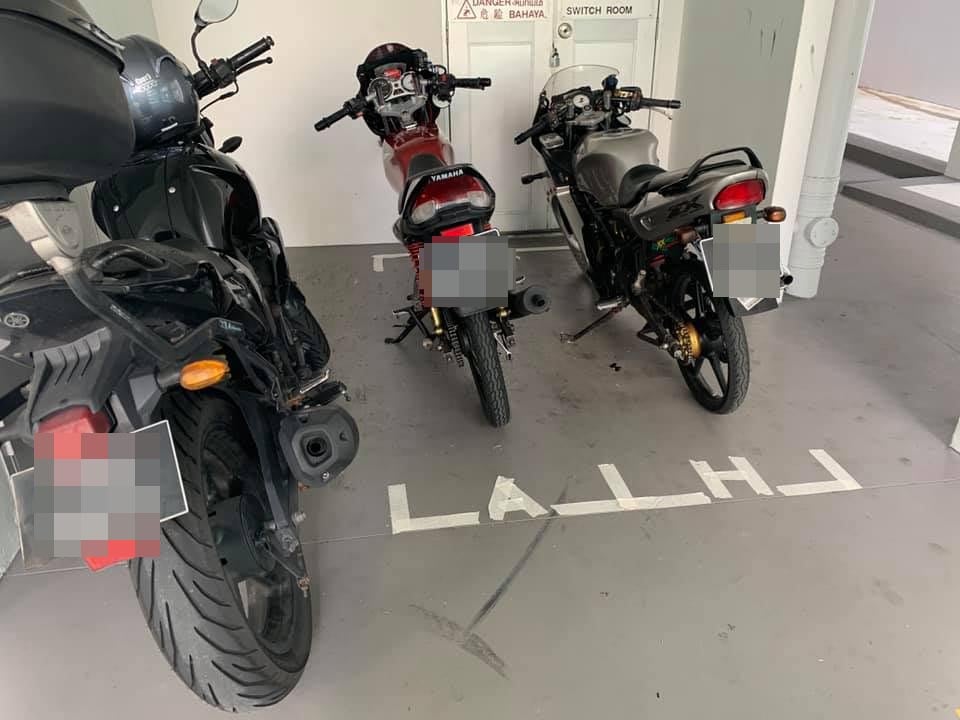 The space on the left is also labelled with an “A”, while the one on the right has a “H”. It’s uncertain what the letters stand for.

Allegedly the work of biking group

One might be tempted to think that they were the pranks of children, but apparently, they were the work of a bunch of motorcyclists.

The contributor managed to capture a picture of a group gathering at the void deck.

They were allegedly decorating the walls and switch room nearby. The contributor also claimed that the riders would spray-paint their rims at the area, and leave behind unsightly marks on the floor. 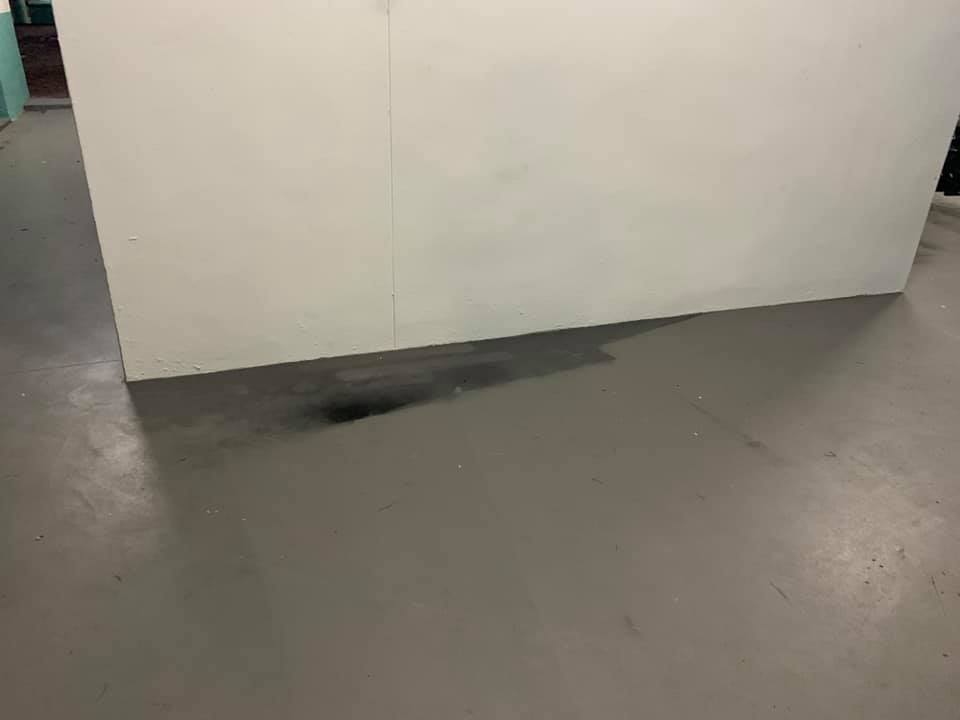 The motorcycles’ exhausts are also extremely loud, and would disturb residents living nearby. 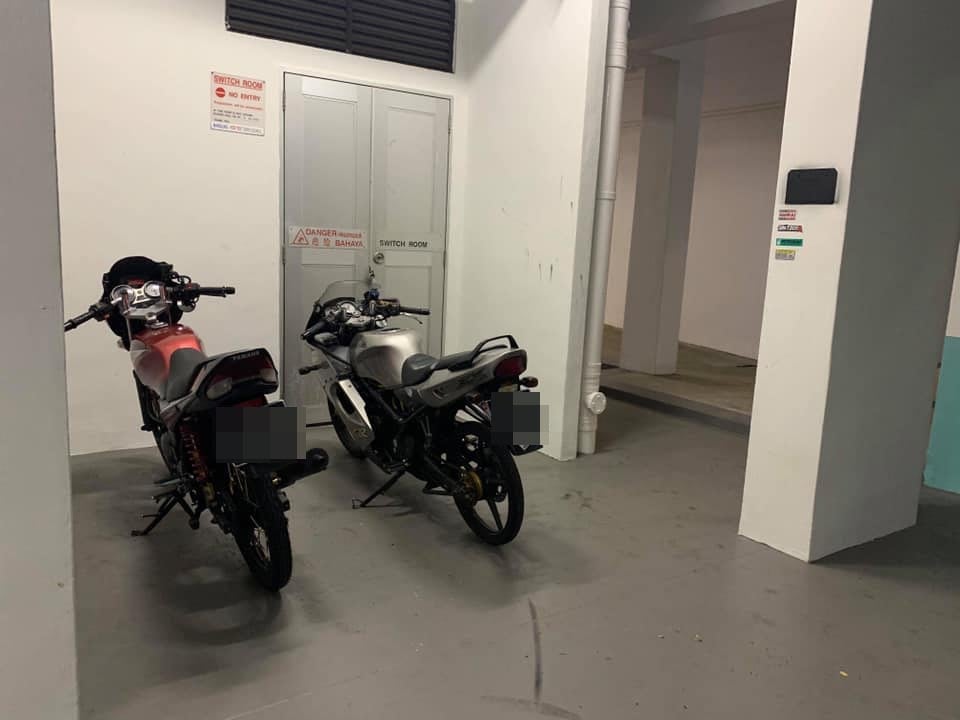 However, when queried by MS News, the Marsiling-Yew Tee Town Council shared that its officers had visited the location earlier on Tuesday (25 Aug), but did not spot any white tapes on the floor.

They will continue to monitor the situation and take appropriate enforcement measures if deemed necessary, it said.

From a search on Google Maps by MS News, we found out that there’s a multi-storey carpark just next to the block.

It’s thus unclear why anyone would want to create DIY parking spaces nearby.

Think, not park outside the box

While thinking outside the box would be, under most circumstances, something praiseworthy, taking it literally and flouting parking rules blantantly is clearly something that’s not acceptable.

Not only is it inconsiderate to residents, it’s also a safety hazard.

If a bunch of people are indeed doing so, we hope the relevant authorities would take action ASAP to put a stop to it. 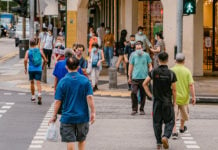