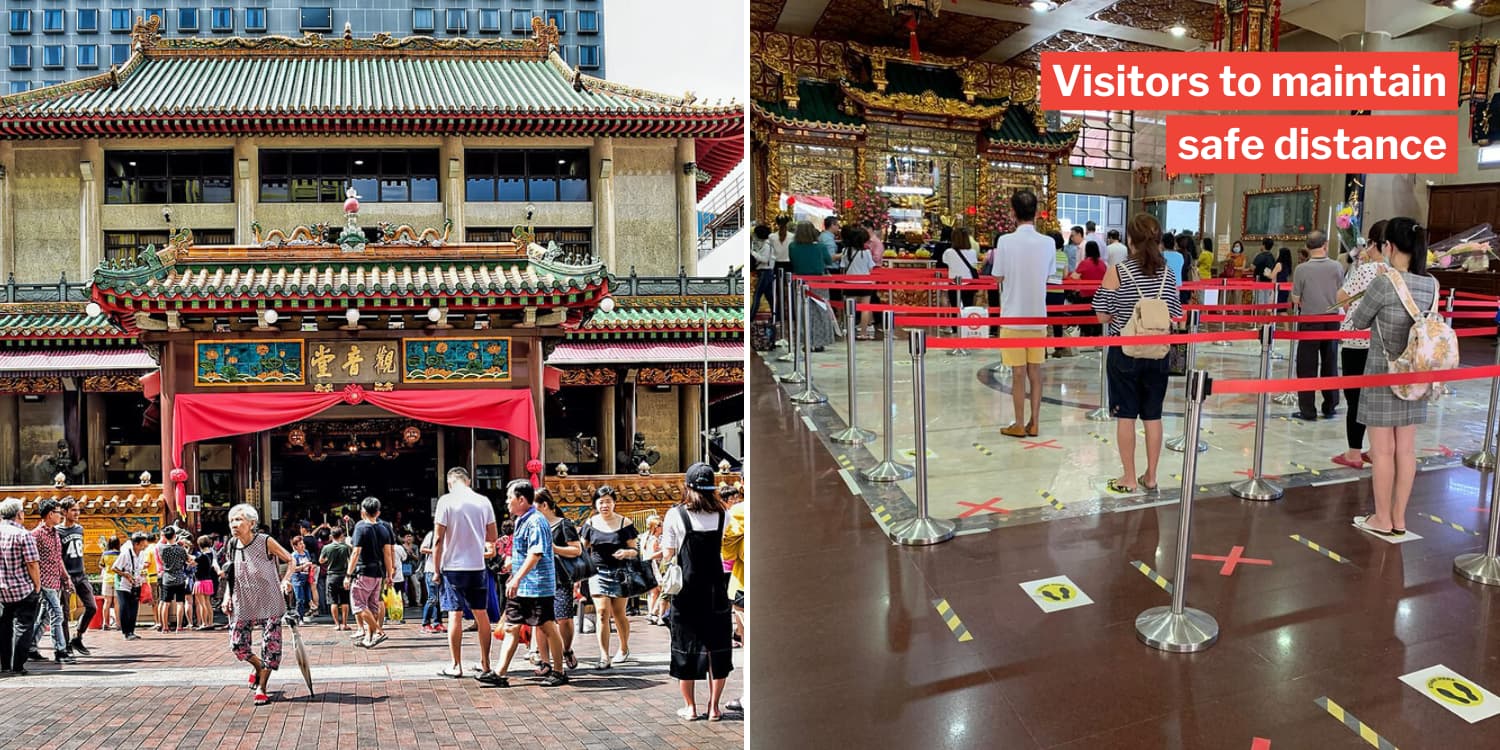 Whenever we walk past Waterloo Street, the famous Kwan Im Thong Hood Cho Temple is always bustling with Singaporeans and tourists. While that may not be true any more during the Covid-19 outbreak, the temple is still instilling new measures to prevent the possible spread of the virus.

Besides implementing social distancing in queues, visitors are also not allowed to use bamboo lots.

Such precautions enable the temple to better protect temple-goers.

Typically, huge crowds are seen within the main hall, and visitors can also make use of the mats to pay their respects. Additionally, some opt to use the qian — which are bamboo lots available for free at the counter. Bamboo lots no longer given out, mats removed, visitors stand in line

However, the temple has introduced monumental changes.

For example, they no longer give out bamboo lots, simply because it is shared by different people, and it’s hard to facilitate a disinfection procedure for the item after each use. This is the first time the service is unavailable in over 100 years.

They also removed the mats, and visitors are now required to stand in line within the hall in positions marked out to allow social distancing. On Saturday (21 Mar), the Ministry of Health (MOH) announced that Singaporeans should practice social distancing to curb the spread of Covid-19.

As seen in an image by Lianhe Zaobao, the Ministry of Culture, Community and Youth has also ordered all religious organisations to take similar precautions. 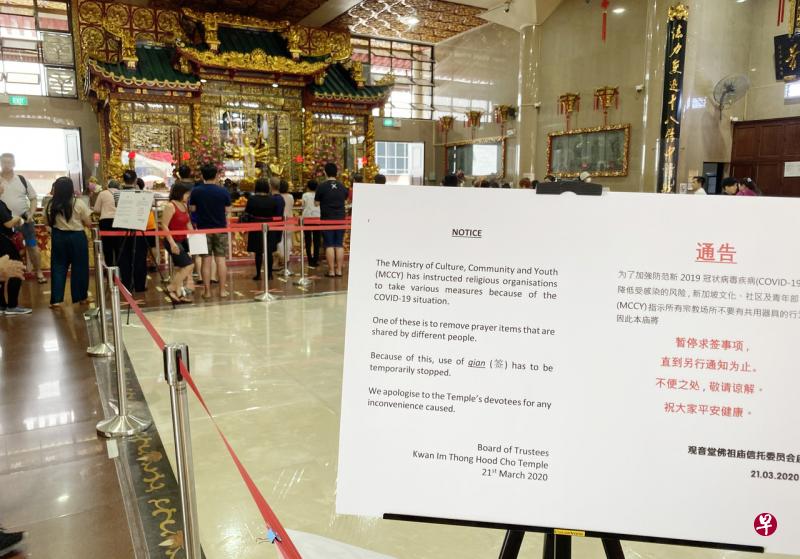 As such, the temple is reportedly limiting the number of people in the temple at one time.

Visitors also have to follow closely to markings made by the temple when in line, reported Lianhe Zaobao. 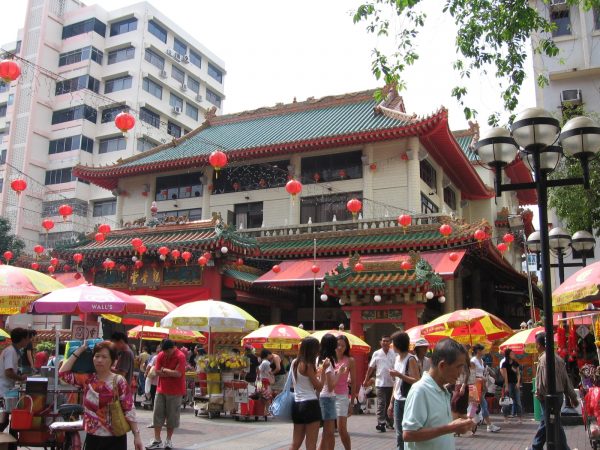 According to Lianhe Zaobao, the temple will be having a major event soon.

Despite so, they are going to continue these stringent measures to ensure the safety of visitors.

One of which is a “one person in, one person out” concept that will minimise social interaction between visitors.

They will also be giving out alcohol wipes, the paper said.

We hope that more organisations will continue to follow government guidelines, which in turn encourage Singaporeans to put on good public behaviour amid the growing pandemic.

On our part, we can try to avoid crowded places and practice social distancing when in public.