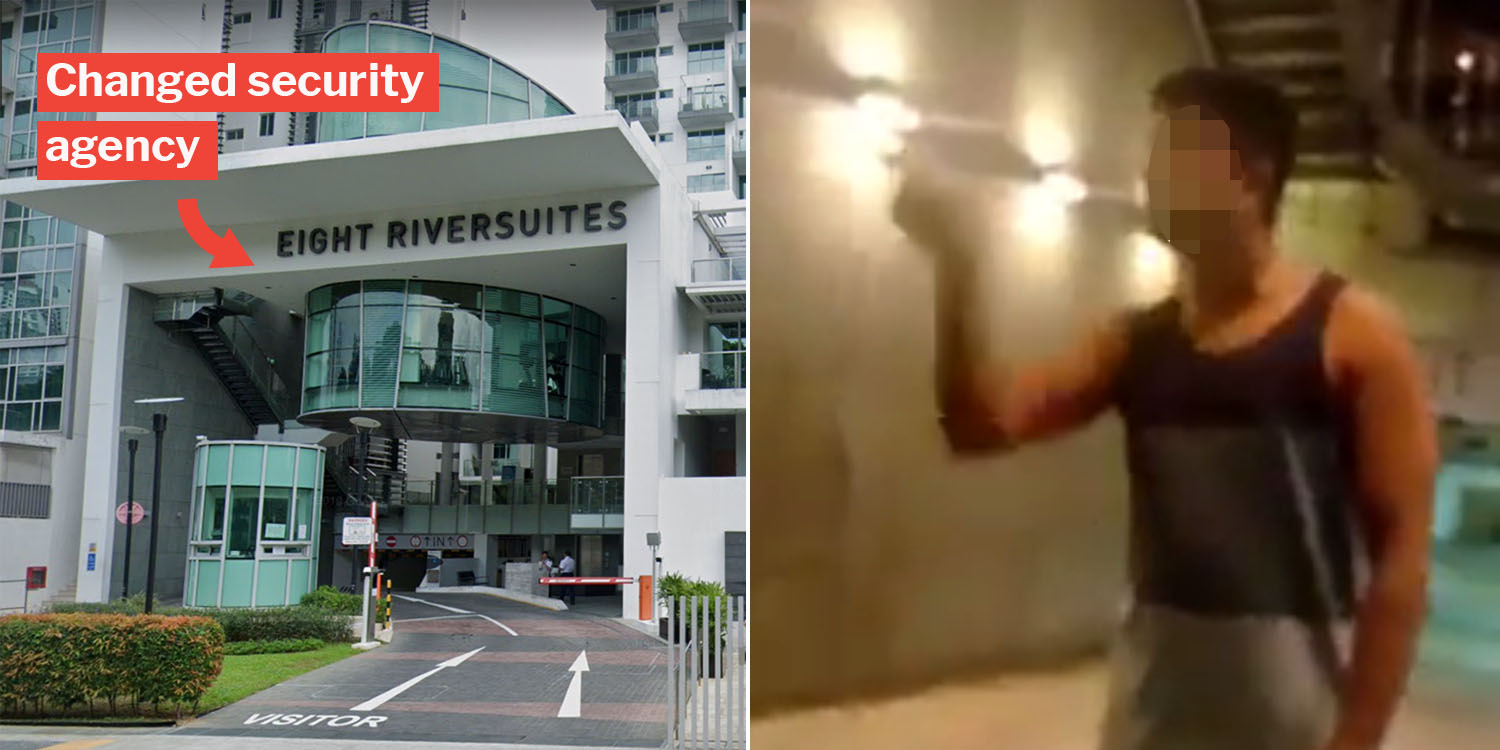 Whampoa Condo Changes Did Not Comment On Security Agency Change

On Wednesday (30 Oct), the Association of Certified Security Agencies released a Facebook post stating that Mr Ramesh Erramalli – a resident of Eight Riversuites Condominimun – has apologised to Mr Steven Heng, the security guard at whom he shouted at in a viral clip.

However, a strange series of events have unfolded since then.

The Straits Times reporters, who visited the condominium on Friday (1 Nov) found that K H Security Agency, which was previously engaged by the condo, has been terminated.

Alpine Security is reportedly the new agency providing security services at the condo.

Officers from K H Security Agency wear a different set of uniform from the officers from Alpine Security, which made this change noticeable.

When approached by The Straits Times for comments on the alleged change in security agencies, the condominium’s managing agent “declined to comment”.

Residents claim termination has nothing to do with recent spat

However, some residents reportedly told TODAY that the change has nothing to do with the recent verbal spat.

Instead, residents claim that the team from K H security were quite old, and may have problems moving around, given the large number of stairs at the condo.

The change has, according to them, “been a month in the works”

The team of security guards that were engaged at Eight Riversuites have reportedly been “redeployed to another site”.

MS News has reached out to both security companies for comments.

This is a breaking story, we will update this article once more information is made known.