Must Share News – Independent News For Singaporeans
Home Lifestyle Branded Content Woman Played In Flood Water When She Was 6, Sees Herself In... 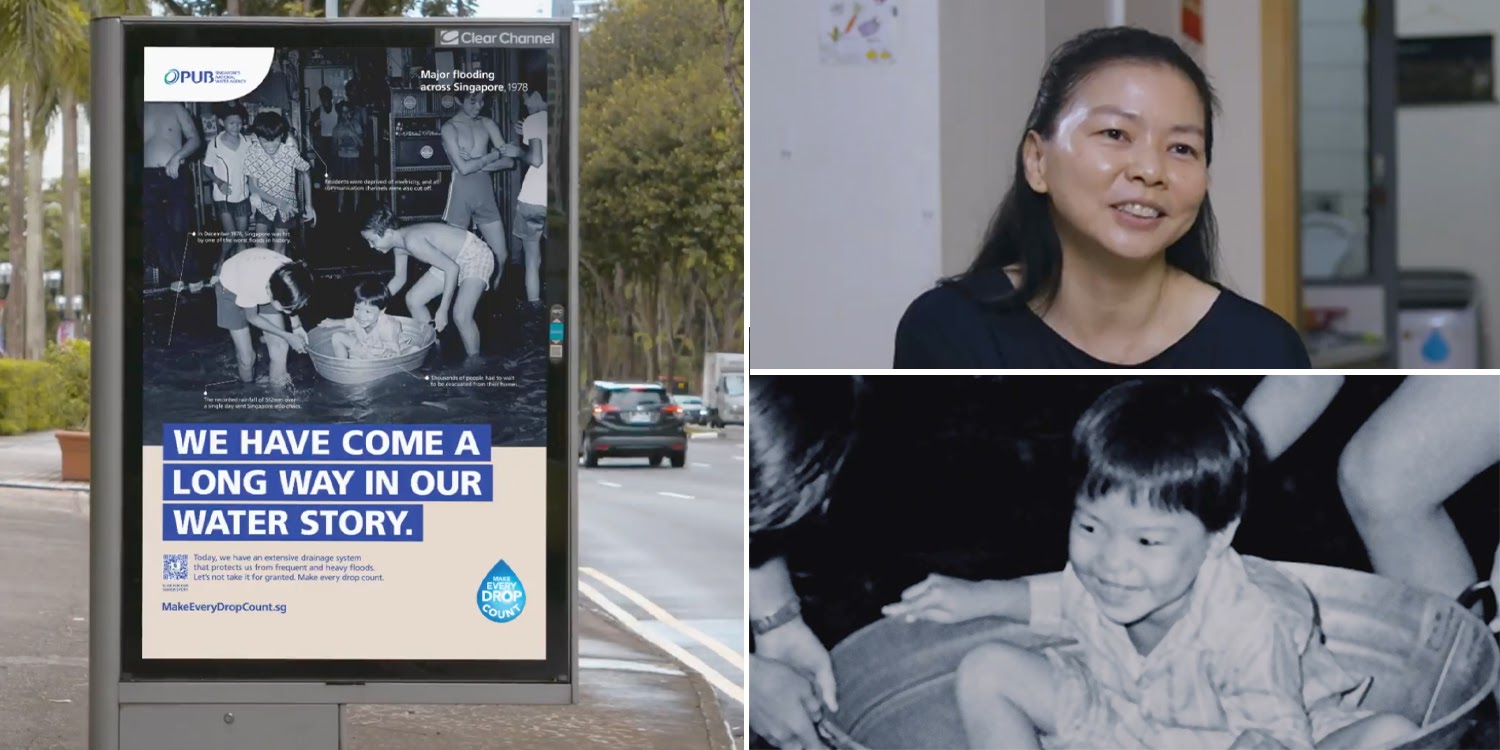 While busy checking our apps for bus arrival times, we may not always pause to scrutinise bus stop ads.

A decision to pay attention to a nostalgic ad by PUB, however, took a man by surprise, when he recognised a cherubic girl in it. 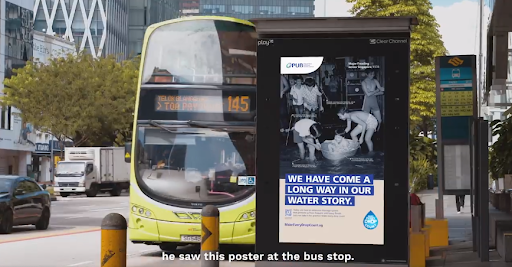 Old neighbours reconnected, old memories returned, and the young girl who is now a grown woman reached out to PUB to share her story.

Reliving her years growing up in Singapore in the 1970s, Ms Elaine Teo recounted the heartwarming tales behind the 40-year-old photo in a PUB video.

Woman contacts PUB after finding herself in ad

A regular bus stop ad became an unexpected blast to the past one day when a man took notice of the people featured in it. Recognising the smiling little girl in a tub floating on water as his neighbour from decades ago, he took a snapshot of the poster and sent it to her brother, who then forwarded it to her. 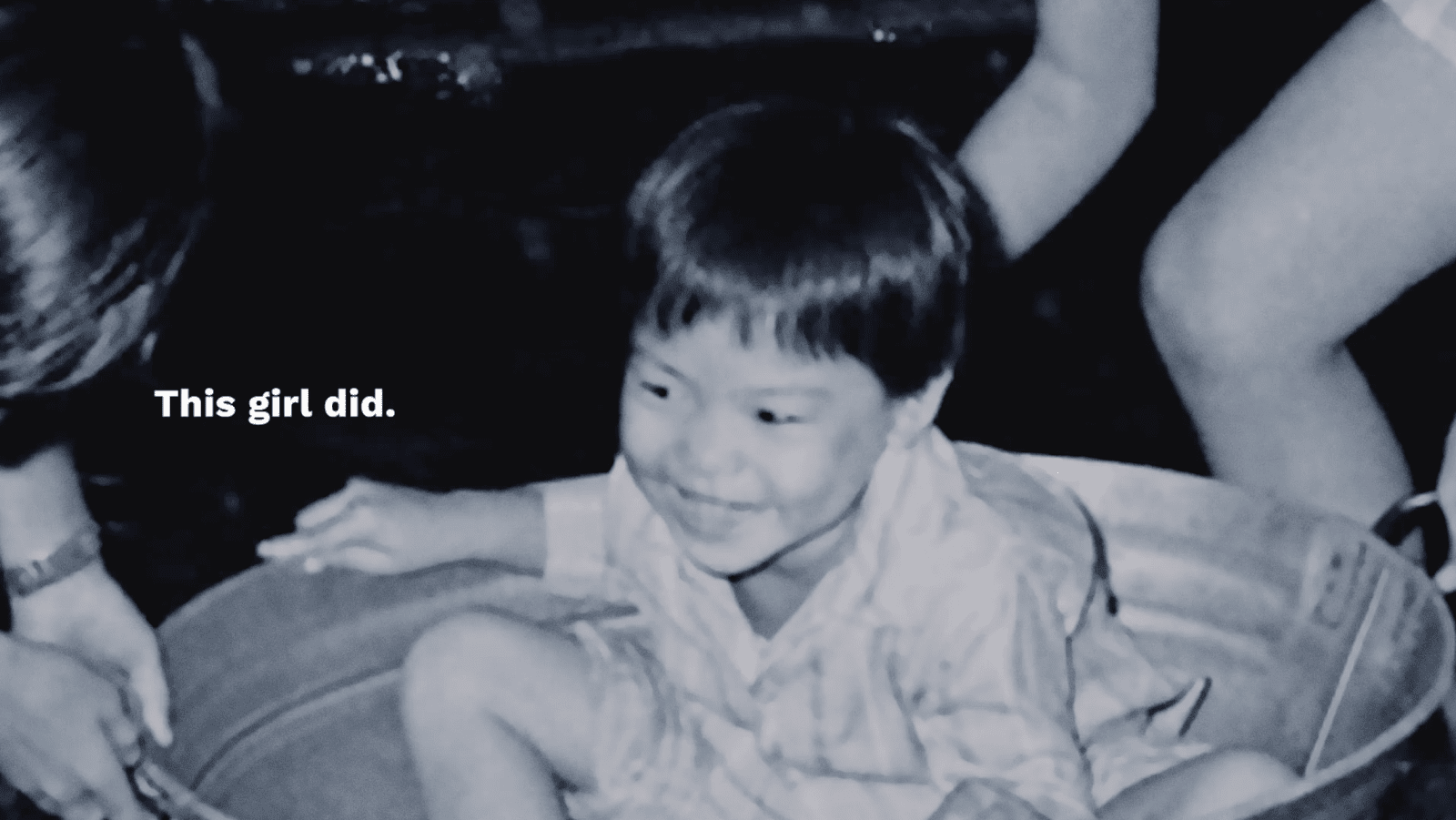 Surprised to see such an old photo of herself in public, Ms Teo contacted PUB to let them know that the little girl was her.

Little did she expect what would come next.

Keen on hearing more of her story, PUB arranged an interview with Ms Teo, along with her brother Mr Kelvin Teo. 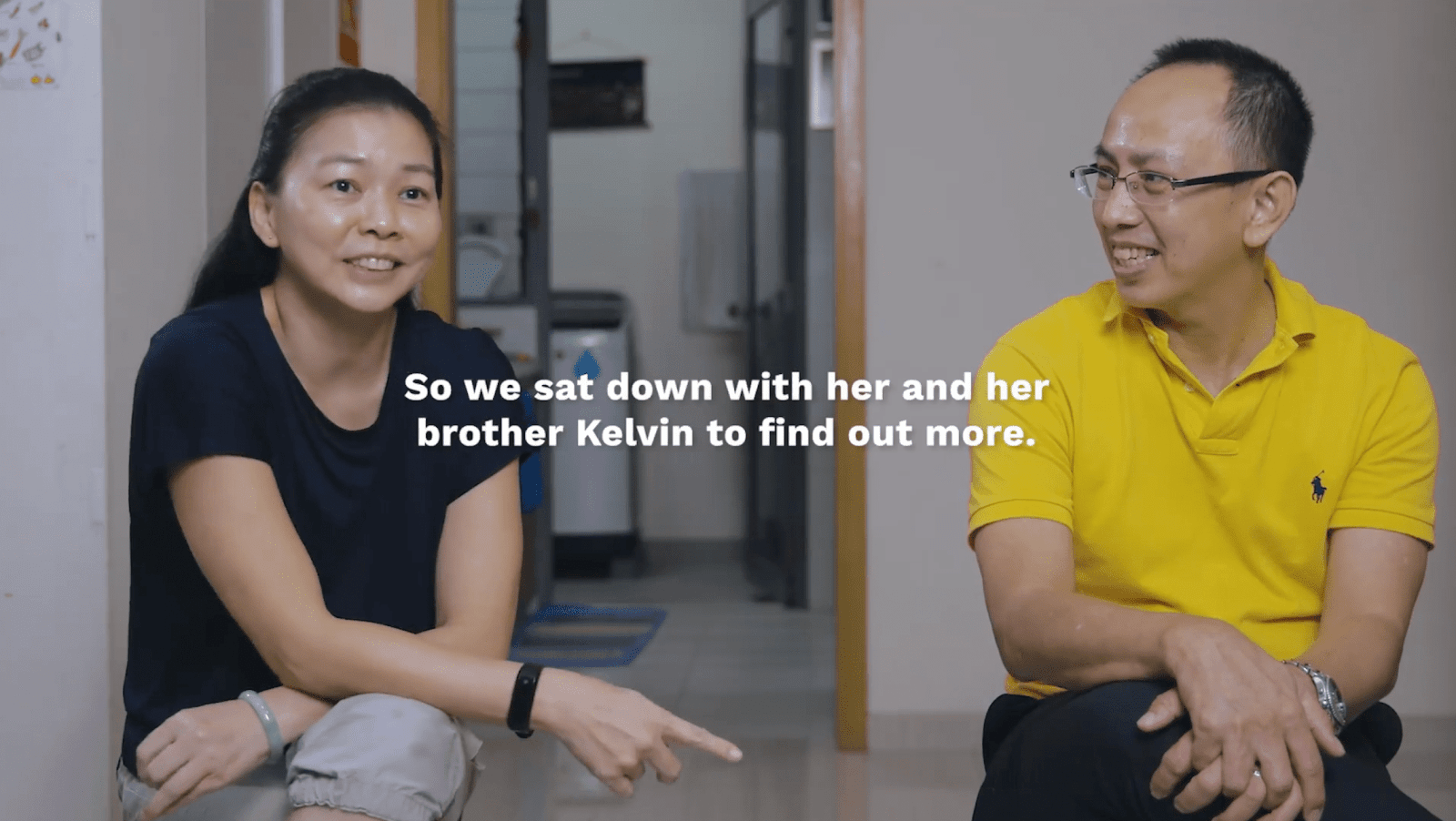 With twinkles in their eyes, they sat down with PUB and recollected fond memories of living in their father’s provision store, which doubled up as their home.

Heavy rain spells which caused flooding would often send the family scrambling to save all their goods. But for the then 6-year-old Ms Teo, all she knew was to have fun in the flood water. 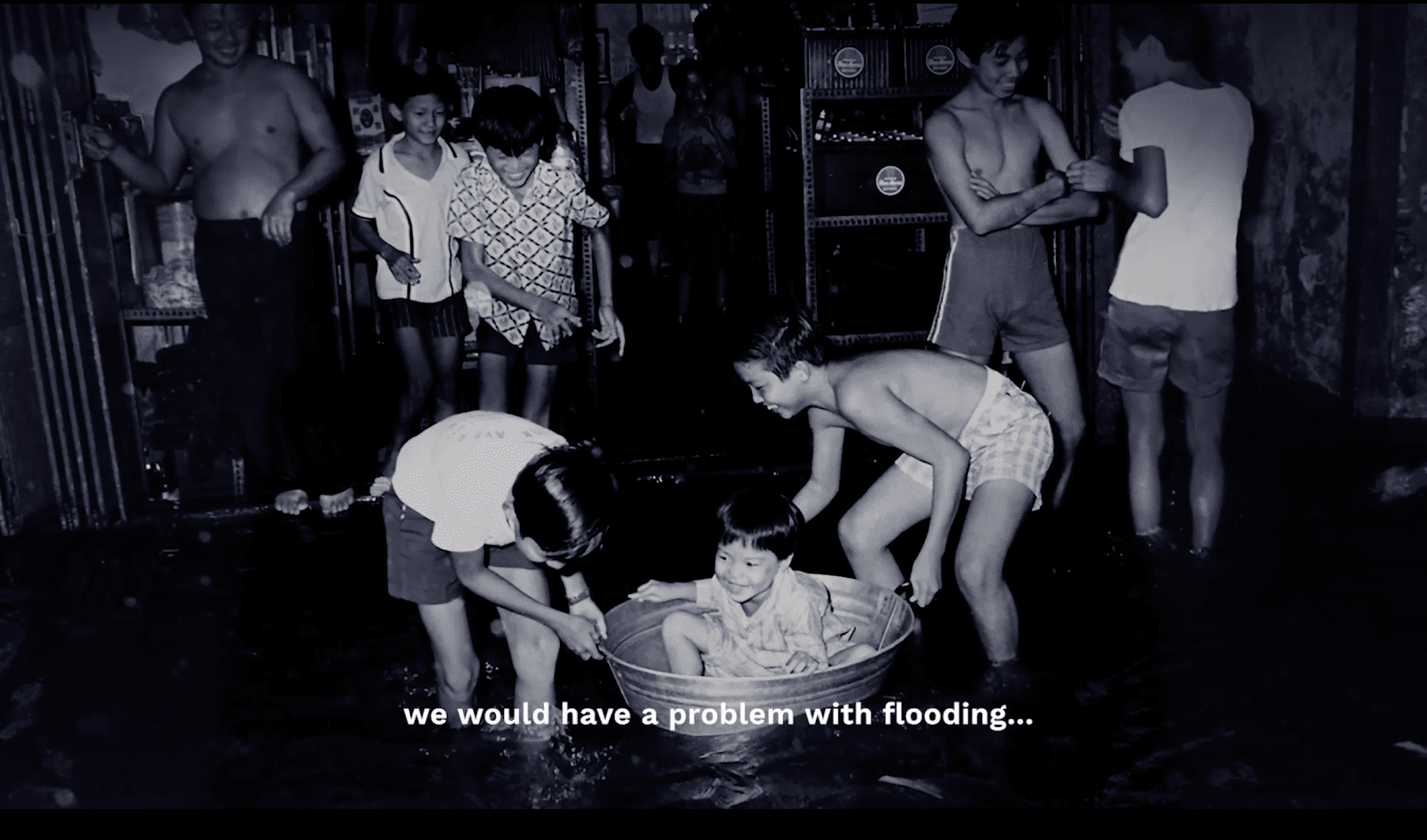 Splashing about and having her cousin and neighbour push her around in a big bucket which acted like a boat, were some of the more precious memories.

Even their mother scolding them for playing in unclean water couldn’t wipe the wide smiles off their faces.

For Ms Teo, the moment captured in the photo was a vague one, considering how young she was when it was taken.

She was thus pleasantly surprised when PUB handed her a framed copy of the poster as a gift, which both she and her brother marvelled at. 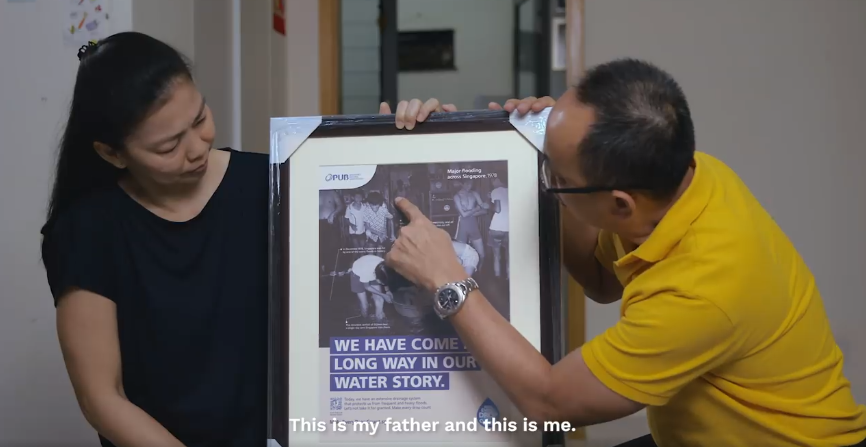 Recounting the past, they remarked on how lucky Singaporeans born after their generation are. For that, the siblings thanked PUB, which has helped to significantly reduce flooding, and improve our water supply.

Ms Teo’s heartwarming story resonated with many netizens who felt compelled to share their own joys and pains of the past.

This netizen remembers back when floods were commonplace. On one occasion, the flood was so heavy their electricity got cut off.

Another netizen recalls when water still had to be rationed.

Her family used homemade containers and a cart to collect water. However, sometimes after all the effort, they had to return home empty-handed.

If you have similar or even more unique tales like these to share, PUB wants to hear your stories about:

Whether it’s your parents’, grandparents’, or even your own experiences, share them with PUB in the comments section of Ms Teo’s video here.

Ms Teo has proven that revisiting a more difficult time in Singapore’s history may actually bring some comforting memories.

Beyond reminiscing the past, it also encourages us to appreciate what we have now and count our blessings.

Singapore has truly come a long way to become the modern metropolis she is now, and we all have our own precious memories seeing the nation grow along with us.

This post was brought to you in collaboration with PUB, Singapore’s National Water Agency.

SAF Regular Passes Away After Training At Kranji Camp, Had Heart Attack En Route To Hospital