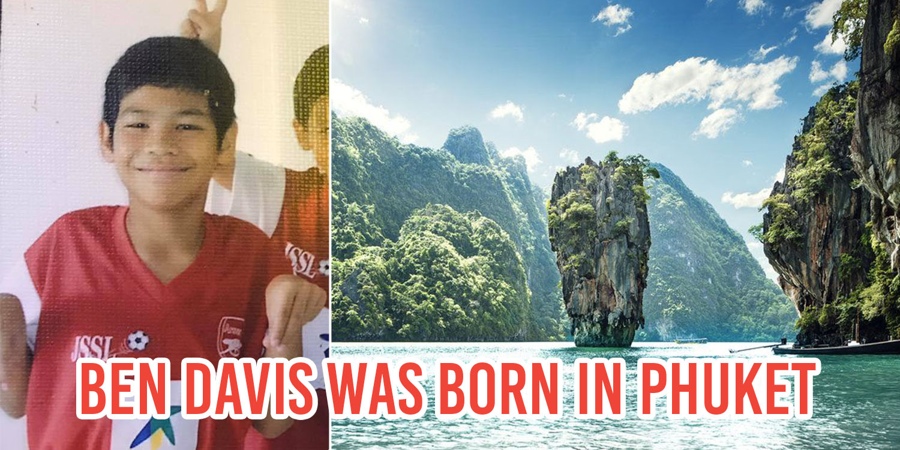 Benjamin Davis, fondly dubbed Ben Davis, has found himself in a swirling centre of controversy over his National Service obligations.

But the 17-year-old is surely more than the sum of his aggregate appeals to MINDEF.

Here are 9 facts about the talented youngster that make him Singapore’s millennial version of Fandi Ahmad.

British-Thai Ben Davis was born in Phuket, Thailand to loving parents – his dad, Harvey Davis and his mom Supee Davis. 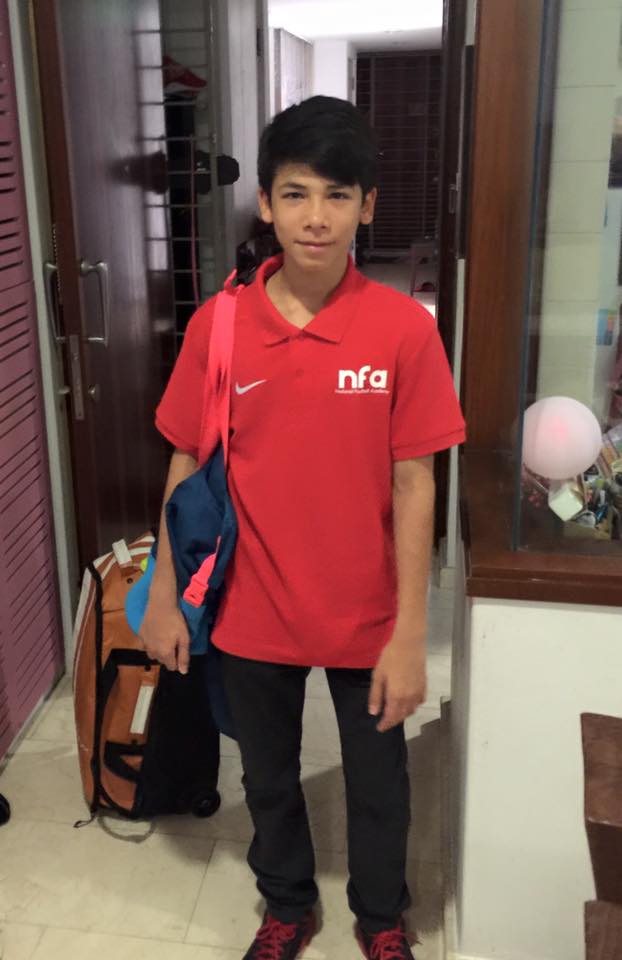 This makes him eligible to play for Thailand & Britain by ancestry in the FIFA rulebook, besides reppin’ Singapore.

We’re also sure that the pristine shores of Phuket’s beaches made for a carefree place to practice beach soccer with his dad in his early years.

At the tender age of 5, Ben Davis moved with his family to Singapore. 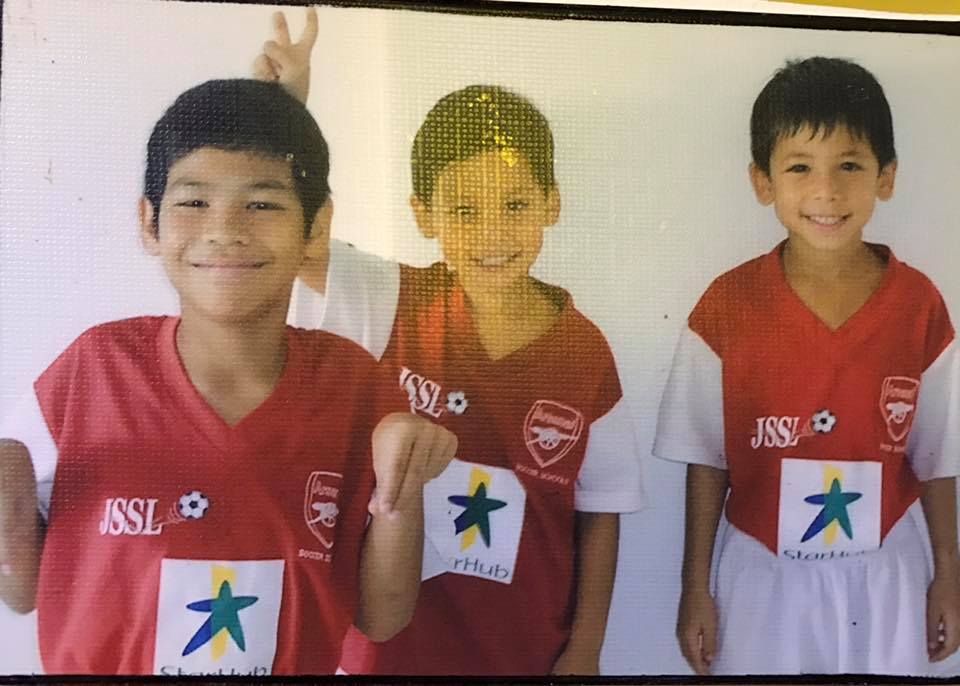 He has 3 other siblings, an older brother who’s served NS, a younger brother and an adorable younger sister.

Ben Davis received his Singaporean citizenship in 2009, at the age of 9. 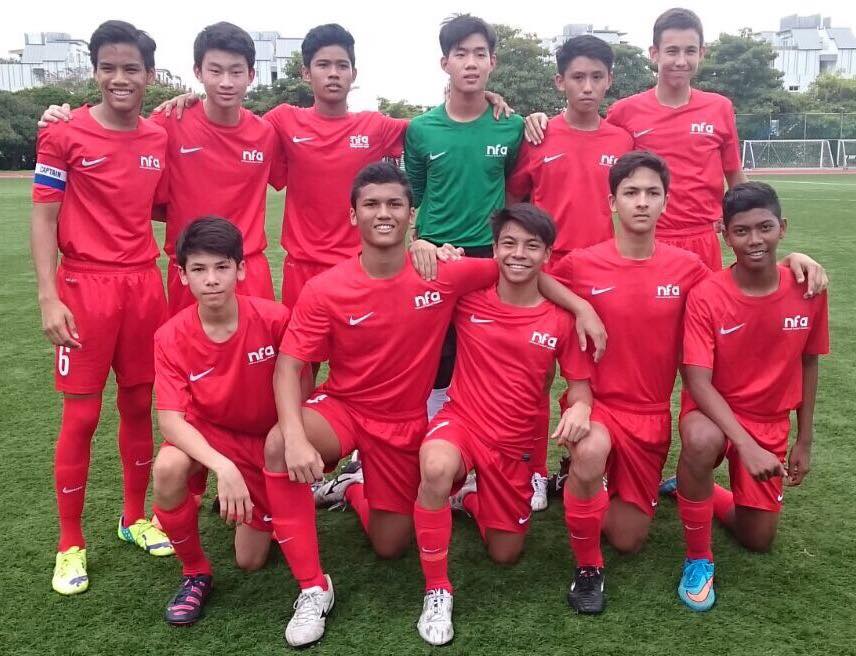 He celebrates his birthday in the later part of the year, on 24 Nov — which means, he’s actually younger than most of his peers on the same playing field.

4. Soccer runs in his blood

Benjamin Davis’ sporting journey began in a local soccer academy opened by his father — a British national who took up Singaporean citizenship.

Ben went on to enroll in Singapore Sports School from 2013 to 2015, before relocating to London’s Harrow High School, in 2016.

6. On a 2-year Fulham Academy scholarship

Ben spotted on a scouting mission at one of Singapore’s international football tournaments. 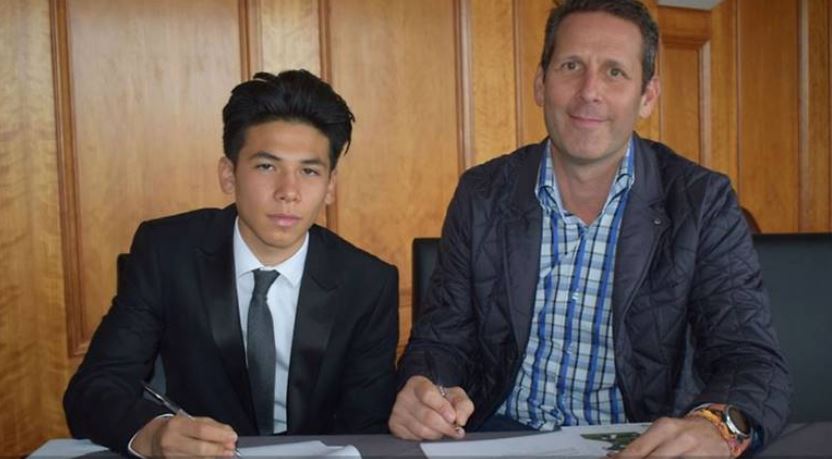 And in July 2017, Fulham Football Club (FC) signed him on a two-year scholarship.

He impressed the team so much that they offered him a pro-contract on 29 Jun 2018, with the Under-18s and U-23s after just one year of playing with Fulham.

This makes him the first Singaporean to sign on with an English Premier League football team.

If Ben Davis attains his NS deferment, he could potentially train with Fulham’s first team and don the Cottagers’ jersey in the EPL once he proves his mettle.

65% of 18-year-olds from top tier academies like Fulham got offered pro-contracts in 2017, which vastly increases Ben’s odds of making it.

But Ben’s path to making a famous football club’s first team will still be fraught with uncertainty, as it’s dependent on his U-23s performance.

Ben Davis is featured on Fulham FC’s page, and he’s made 10 midfield appearances for the Young Whites, during his first season with Fulham. He’s also scored a “storming header away at West Ham United” before, putting his team “briefly ahead”.

An attacking midfielder or striker, Ben has represented Singapore at most age-group levels in various national youth squads. Ben Davis has repped Singapore before in football in these teams:

Most recently, he was summoned to the senior national team early-2018, but did not play in matches.

Must return by Christmas if he has to serve NS

Now based in Harrow, London, Ben Davis will have to return to Singapore one month after he turns 18 (24 Dec 2018) if his NS deferment appeal is unsuccessful.

Regardless of how that plays out, we’d just like to congratulate Ben for the many achievements and firsts he’s already amassed.

Even without the scrutiny of the world, we’re certain he has a bright future ahead of him.

All the best Ben Davis, Singapore is rooting for you! 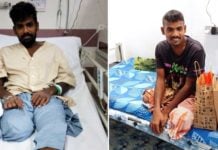 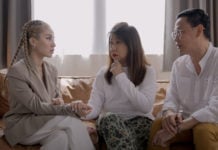