Ben Davis, who recently signed a 2-year contract with the Premier League Fulham Football Club, might have to reconsider his career move.

This comes after the Ministry of Defence (MINDEF) rejected his National Service (NS) deferment application.

Although Ben Davis has not seen success with his application, other Singaporeans have made the cut over the years.

However, it’s key to note that deferment requirements are now stricter as compared to the 90s, with only 3 deferments granted in the past 15 years.

Here’s a list of 7 notable Singaporeans who successfully deferred or disrupted their NS commitments.

More famously known as the son of ex-president Dr Tony Tan, Dr Patrick Tan was granted disruption for 12 years from NS in 1988. 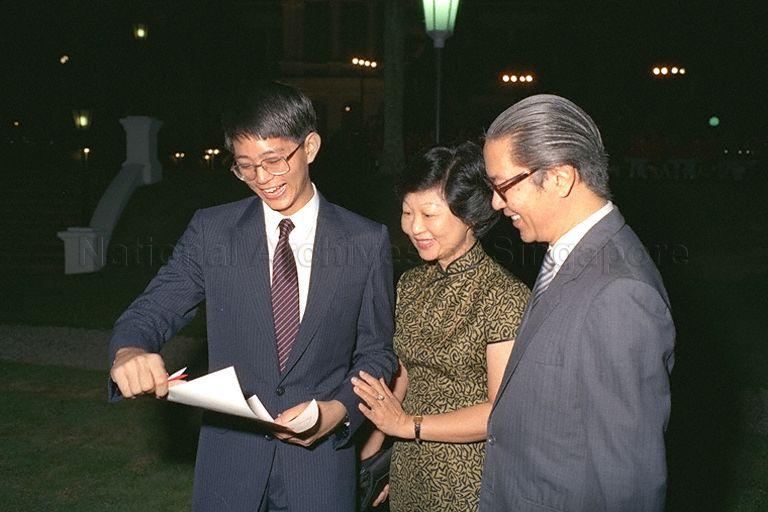 Prior to his disruption, Dr Patrick Tan completed his Basic Military Training and Officer Cadet Course (Junior Term) with the rest of his cohort.

A President’s Scholar, Dr Patrick Tan’s NS Service was subsequently put on hold for 4 years, so he could study for a pre-medical degree in Harvard University.

He then went on to complete his combined MD/PhD Medical Scientist Training Programme in Stanford University.

Dr Patrick Tan served his remaining NS term as a Defence Medical Scientist when he returned to Singapore in 2000 — while his father served as Minister for Defence.

During the 2011 presidential elections, Dr Tony Tan faced accusations of according preferential treatment to his son.

The allegations prompted a statement on Facebook from Dr Patrick Tan,  labeling the rumors as “false”, with intentions to “hurt his father”.

A recipient of the prestigious Public Service Commission’s Overseas Merit Scholarship, Samuel Lim had his NS disrupted in 2010 to pursue public policy at the University of Pennsylvania.

After 3 years, he returned to Singapore in 2013 to resume his NS.

He commissioned as a Signals Officer and was awarded the Sword of Honor for being the top trainee in his formation. 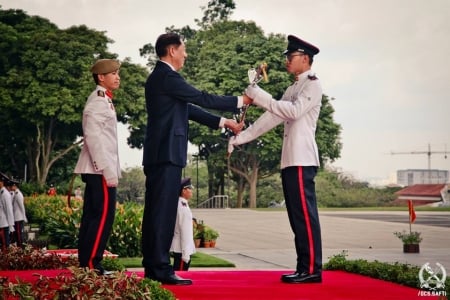 Samuel Lim said that his time in university equipped him with perspective that made his NS experience more meaningful.

Jeremy Teng was initially scheduled to enlist in Aug 2014.

He was the winner of the Singapore auditions for the popular Chinese singing competition, The Voice of China. After having his earlier deferment application rejected, Jeremy later succeeded in delaying his enlistment till the “last available intake within the year“.

This allowed him to take part in the singing competition in Shanghai.

Jeremy’s appeal was made on the basis that he was representing Singapore in the singing competition.

Unfortunately, his time on the singing competition was cut short after he failed the blind auditions in the first round.

He eventually came back to Singapore and served the entirety of his NS.

However, it’s unclear which intake he joined, as there were no further updates on the matter.

MINDEF requires that artists “convincingly” prove that deferment is required to practice full-time, and that they have the potential to do well in international competitions.

Recipient of the 2006 Young Artist Award, pianist Lim Yan was one such artist. 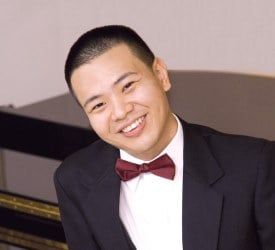 Born into a family of musicians, Lim Yan picked up the piano at the tender age of 5.

He is known for both his musicality and his technical ability to play insanely fast passages.

Lim Yan returned to Singapore in 2003, to resume his NS duties.

Previously a faculty member of the School of The Arts, Lim Yan now teaches at the Nanyang Academy of Fine Arts and the Yong Siew Toh Music Conservatory. There on a full scholarship, he obtained both his Bachelor and Masters degrees before returning to serve his NS.

He furthered his studies at Yale University after his term and was handpicked as a founding member of Orquesta de la Comunitat Valenciana, based in Valencia, Spain.

Lim Chun has since relocated back to Singapore in 2014.

A household name to all Singaporeans, Joseph Schooling was granted deferment for his NS obligations on two separate occasions — 2013 and 2016. Schooling was first granted deferment in 2013 until 31 Aug 2016 in view of his outstanding achievements in previous international competitions, as well as to allow him to prepare for the 2016 Rio Olympic Games.

After clinching Singapore’s first Olympic Gold in Rio, Schooling’s deferment was extended to 2020, so he could focus on the 2020 Tokyo Olympic Games.

Schooling has described his latest deferment as being a “weight off his shoulders” and hoped that fellow athletes will be encouraged to follow in his footsteps. 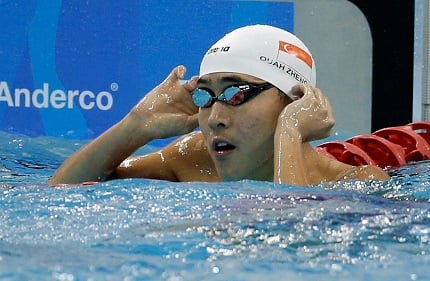 Quah was originally due to enlist for NS in July 2015 but was granted deferment until 31 Aug 16 — after taking into consideration his performance at the Rio Olympics.

Despite only making the 200m butterfly semi-finals, Quah’s NS obligation was also pushed back till after the Tokyo Olympics in 2020.

National sailor, Maximilian Soh, was given a one-year deferment from 2007 to 2008. Soh, who achieved stellar results in the 2005 SEA games and the 2006 Doha Asian Games, was seen as a potential medal winner in the 2008 Beijing Olympics.

Unfortunately, he fell short of making the podium during the 2008 Olympics.

He eventually fulfilled his NS obligations after the one-year deferment.

Amos Yee wasn’t granted any form of deferment or disruption, but he still managed to excuse himself from NS.

Jailed twice in 2015 and 2016 for wounding religious feelings on his social media channels, Amos Yee flew to the U.S. in Dec 2016 seeking political asylum.

Just one day before he was due to report for a pre-enlistment medical examination.

His asylum request was approved on 26 Sep 2017 — after spending 293 days behind bars at 3 different detention facilities.

Needless to say, he’s unlikely to return to our sunny shores any time soon.

What about Ben Davis?

According to MINDEF, deferments are only granted to individual athletes who:

In the past 15 years, only 3 athletes have been granted deferment based on MINDEF’s new requirements.

Football, however, is a team sport by nature. No individual player, regardless of how good they are, can lead a team to victory single-handedly.

If that’s the case, won’t elite players be at the mercy of their fellow teammates, when it comes to their deferment applications?

Do you think this a fair way of judging a footballer’s talent? Sound out in the comments below.

P.S. A petition has been created to call for MINDEF to grant Ben Davis’ deferment. You can consider signing it here.