How National Service Impacted The Careers Of Notable Singaporean Athletes

Netizens criticised the Ministry of Defence (MINDEF)’s decision, saying that the 2 years lost to NS are crucial for a promising athlete’s long-term development.

Nowhere is this more obvious than at the recent FIFA World Cup, where 19-year-old Kylian Mbappe lifted the trophy for France. His sensational performance during the tournament also won him the FIFA Young Player Award.

While Davis may not be lifting the World Cup anytime soon, his achievement is impressive: the 17-year-old is the first Singaporean to sign a professional contract with a top-tier English football club.

Unfortunately, MINDEF’s decision has placed him in quite the predicament: duty to nation or career? Davis’ father says that if push comes to shove, his son may very well renounce his Singapore citizenship to pursue his football dream.

But does NS necessarily stand in the way of one’s career? We dig into the archives to find out more. 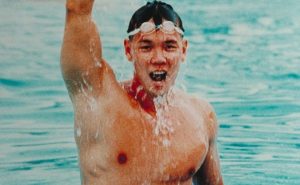 In 1982, the then-20-year-old Ang took part in the United States National Championships and won gold in the 50m freestyle event.

In the years leading up to his enlistment, Ang competed in various other events, including the 1984 Olympics and the World Swimming Championships in 1986.

He was drafted into NS in late 1986, just as he was reaching the peak of his career.

Basic Military Training (BMT) was a tough period for him, despite him being in top physical shape.

Ang reportedly had to do 200 push-ups when other recruits only had to do 50. He later suffered from heat exhaustion during his 8km route march, as a result of the tough training that he had to go through.

After completing his BMT, Ang went on to train as an officer with the Navy. During this training, he fainted from pneumonia and was hospitalised.

After the incident, Ang appealed for a MINDEF deferment to allow him to train for the 1988 Olympics. These Games were especially significant as they were the first to feature the 50m freestyle event – Ang’s best event.

MINDEF eventually granted him a 6-month deferment to take part in the Games. Unfortunately, Ang missed the 50m freestyle finals after finishing 9th in the heats. 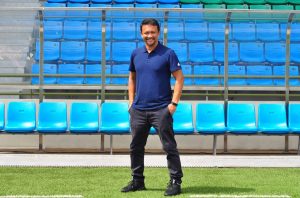 Fandi Ahmad’s interest for football showed early in his school years. In 1977, the then-15-year-old featured regularly in the Singapore Malay Team and was eventually appointed vice-captain of the Singapore U-16 national team.

He made his national debut in the Malaysia Cup in 1979 and scored his first goal against Trengganu.

A year later, Ahmad reportedly enlisted for NS and was given light duties. He continued to play football during that time and was allegedly discharged from NS after a shoulder operation.

Ahmad continued playing professional football in Singapore and abroad till his retirement in 1997. Ahmad then starting working as a coach and has since managed clubs both domestically and overseas.

He is currently interim coach of Singapore National Team.

A triathlete and marathon runner, Mok Ying Ren spent 3 months in BMT and another 3 in Officer Cadet School. 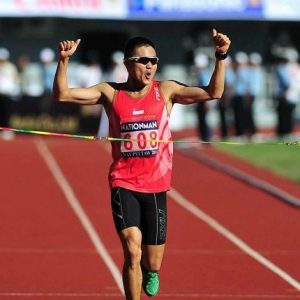 He then disrupted his NS in 2007 to pursue medicine at the National University of Singapore (NUS). Mok graduated from NUS five years later and carried out several stints at various hospitals before re-enlisting into the army in 2014.

During the second phase of his NS, Mok served as a Staff Medical Officer. He worked office hours, and had to serve overnight duty once a week.

But that didn’t stop Mok from running, since according to him, it can be done “anytime and anywhere“.

When asked about his 2.4km timing, he replied “7 minutes and 20 seconds” and even had a certificate that said “first in 2.4km“.

Mok has since left the Singapore Armed Forces and is a doctor at the National University Hospital.

Derek Wong was a promising school shuttler, training with the Singapore Badminton Association full-time after his O-Levels.

But what could have been a promising career was apparently cut short when MINDEF rejected Wong’s application for deferment in the mid-2000s. 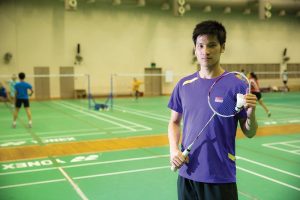 But that setback didn’t stop Wong from pursuing his shuttling dreams. Wong eventually launched a successful professional career in badminton and was dubbed “Singapore’s top male shuttler“. During his years on the court, he racked up more than 200 career wins.

Reports say that he has since traded the court for the boardroom, securing a job at Deloitte’s auditing arm. 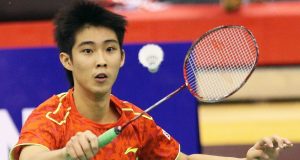 As a result of his NS commitments, Loh was unable to train full time with the badminton team and missed out on the 2018 Commonwealth Games.

Despite not making the trip, Loh features in the ongoing 2018 Singapore Open from 17 – 22 July. 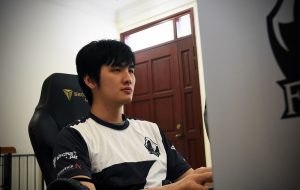 Before embarking on his DOTA 2 career, Koh started out playing games like League of Legends and Starcraft 2 competitively, but had to give them up due to his military service commitments.

In 2011, Koh, along with 4 other Singaporeans, took part in The International, the most prestigious DOTA 2 competition, with a total prize pool of US$ 1.6 million (S$2.2 million).

Team Singapore came in 3rd place and took home US$150,000 in cash. Unfortunately, the team disbanded after the tournament.

But that was just the start of Daryl’s illustrious career. He later teamed up with other players from the region to compete in DOTA 2 tournaments across the world.

Koh is currently the top-earning e-sports player in SEA, amassing almost US$1.3 million across 79 tournaments.

Will MINDEF’s rejection spell the end of Davis’s football dream?

While some continue to achieve success in their careers while having served NS, others feel NS was an obstacle on their road to success.

Will granting NS deferment for Ben Davis benefit his career in the long run? Let us know in the comments below.

Featured image from Ministry of Health.