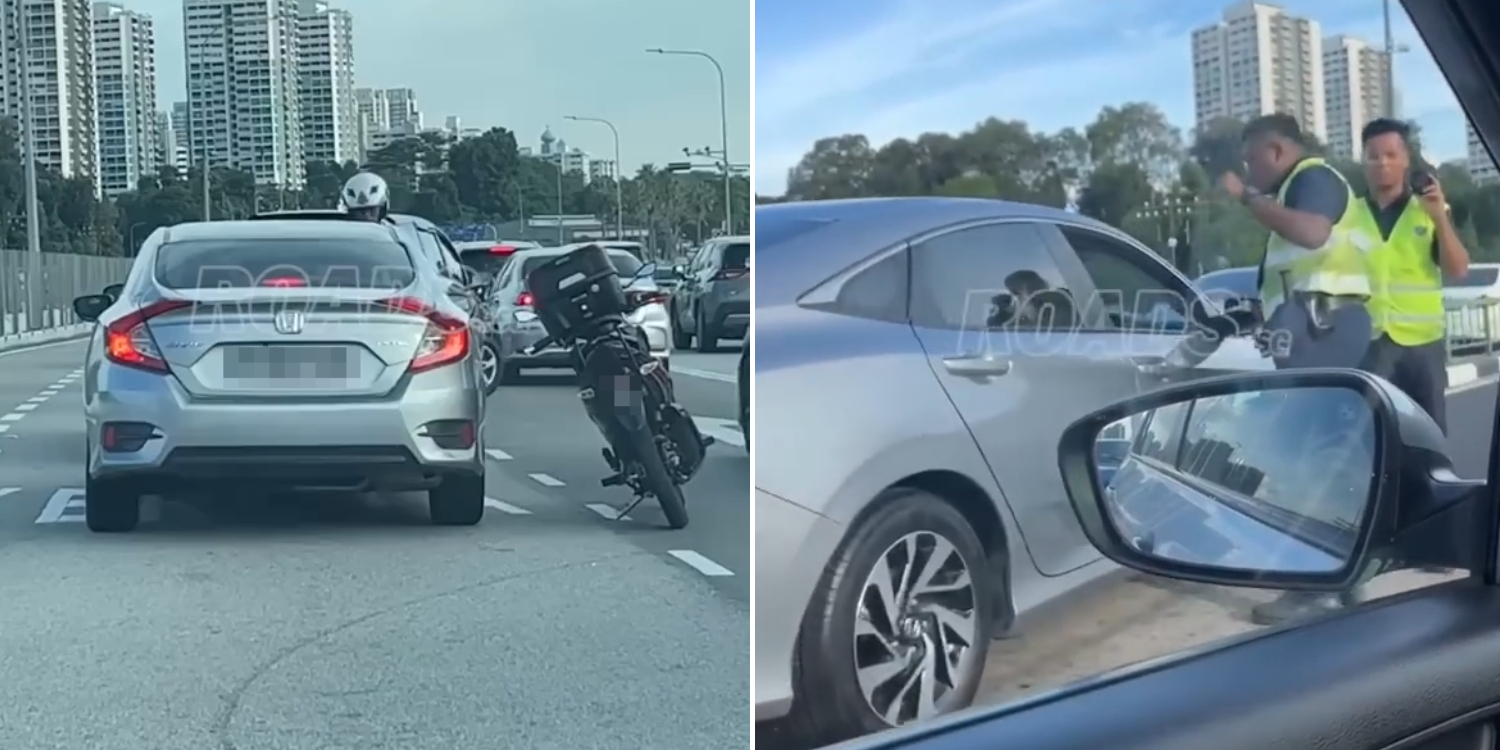 The traffic police officer wasn't pleased with what the driver did.

A Singapore-registered Honda car was stopped by traffic police after it was seen driving in the bus lane along the Causeway toward Woodlands Checkpoint.

According to ROADS.sg, the car was travelling from Johor Bahru (JB) to Singapore.

Even though traffic police officers were in front of the car, the driver continued travelling in the same lane.

The incident reportedly took place at around 5.20pm on Friday (23 Sep).

A clip shared on ROADS.sg showed a traffic police officer talking to the driver of the Honda Civic. 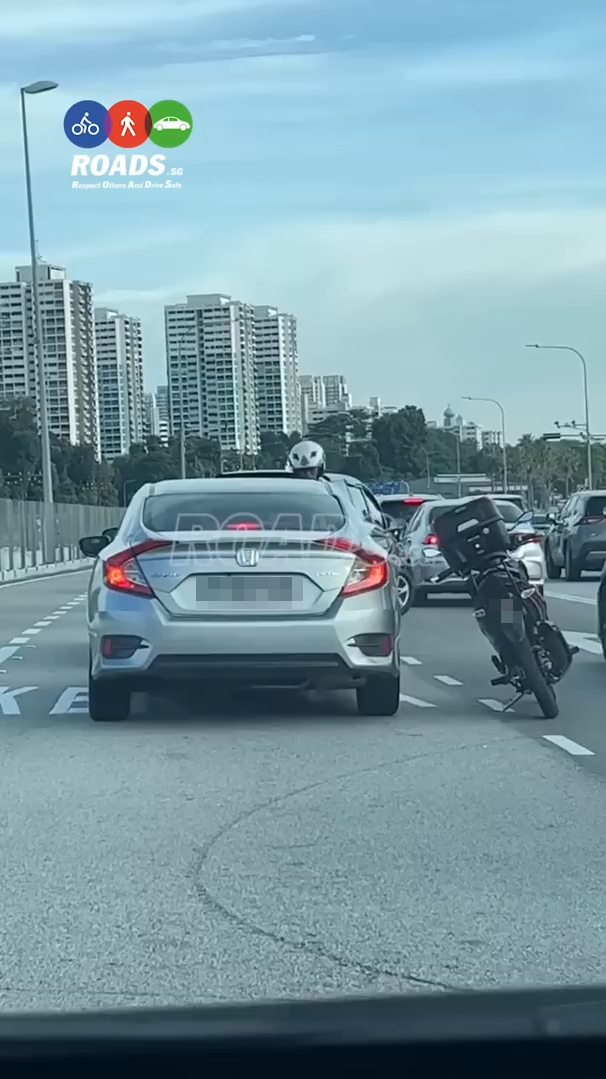 While stationary at first, the car began to inch forward, which seemed to peeve the traffic police officer.

The officer then moves to stop the car and prevent it from driving again. It seems that the officer wanted the car to turn back to JB and use the proper car lane.

This is followed by an exchange of words, while the officer moves to the front of the car. However, it’s unclear what happened next.

Later, the Honda Civic is stopped by immigration police from Woodlands Checkpoint, after having continued on its way on the bus lane. 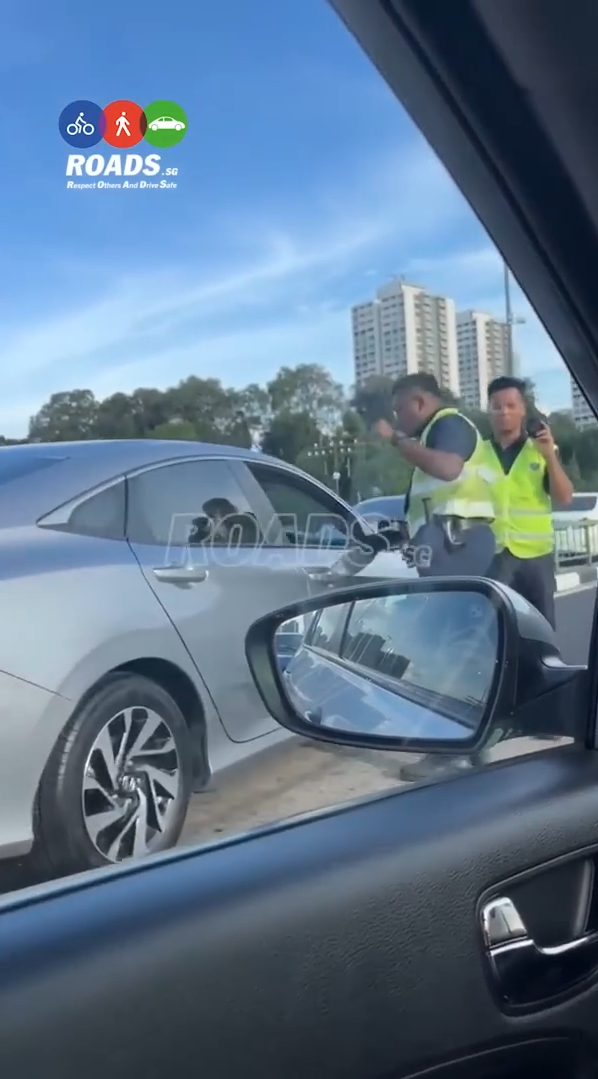 Bus lane not for cars

The Causeway is definitely crowded and driving to and from Malaysia can result in a long wait, sometimes lasting hours.

However, this is no reason to use the bus lane, especially if the purpose is to cut the line.

Ignoring traffic officers is also a no-no, so we do not advise doing what the Honda Civic driver did.

Let’s abide by the rules and show fellow road users respect, to ensure everyone’s safety as well as a smooth journey for all.