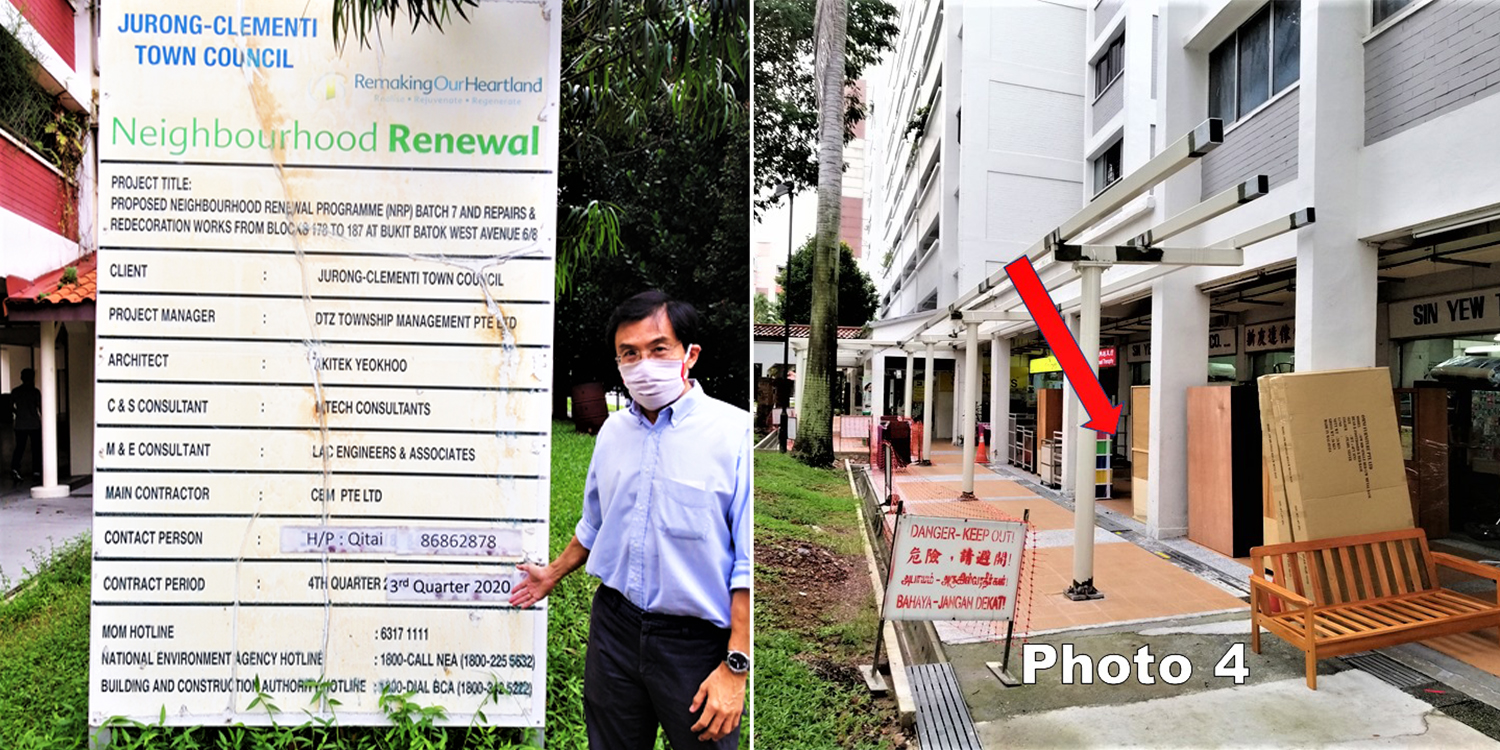 Singapore Democratic Party (SDP) leader Chee Soon Juan has been busy in Bukit Batok for a while, and as GE2020 approaches he has more questions to ask of the incumbent MP there.

The opposition party leader took several pictures of various ongoing Neighbourhood Renewal Programme notices, with projects that appear to have been delayed for a while. 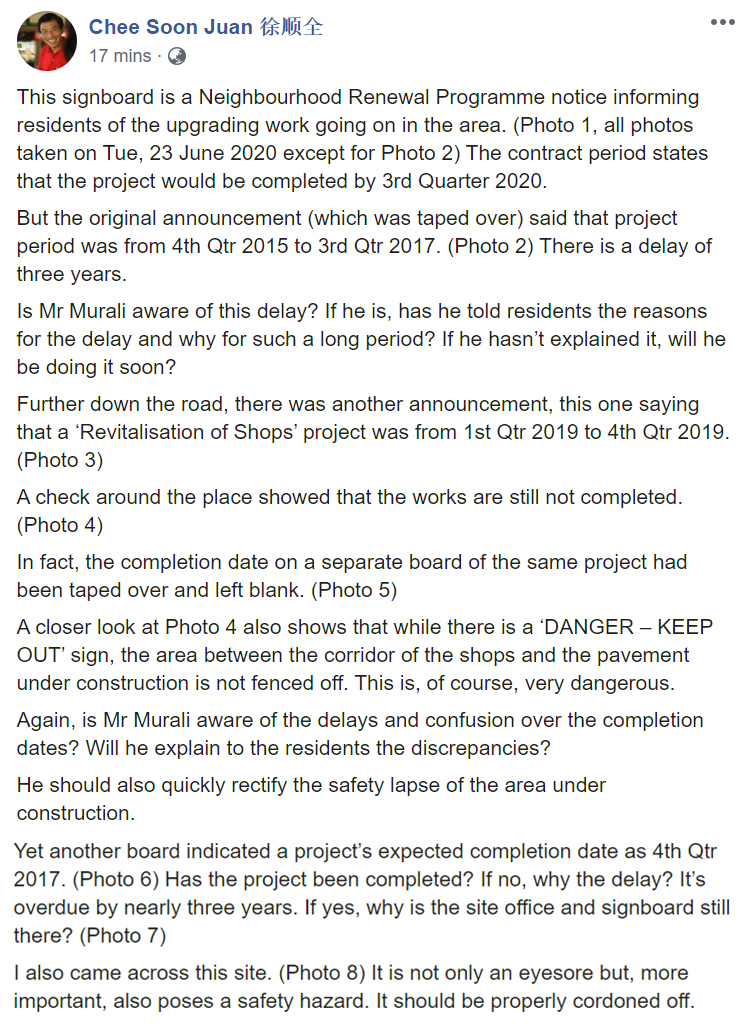 Of course, Mr Chee has signaled his intention to contest in Bukit Batok SMC, where he lost in a 2016 by-election.

Mr Chee points out that a particular upgrading work would be completed by the 3rd quarter of 2020. However, there’d been some delays to that project and it should have been finished 3 years ago.

He’s also helpfully taken pictures of each of the boards. 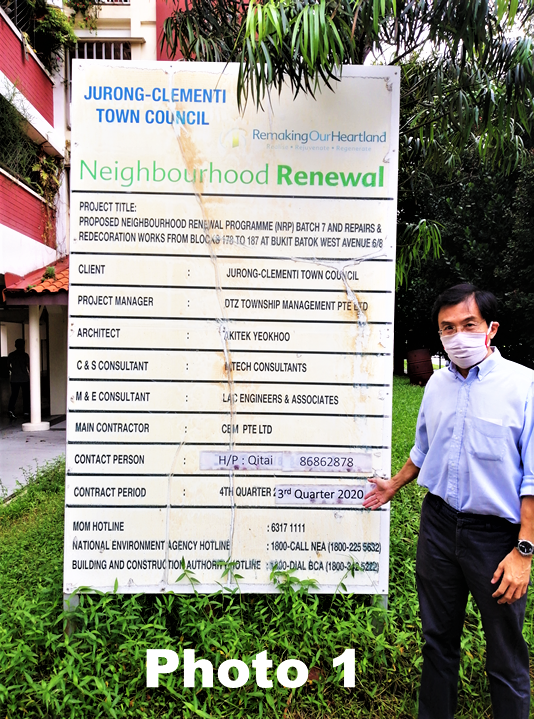 And here’s a picture of the original board. Mr Chee then asks if Mr Murali Pillai, the incumbent MP, is aware of this delay, and if residents were told.

There were other announcements for various projects, which Mr Chee also claims have been delayed far past their original dates of completion. 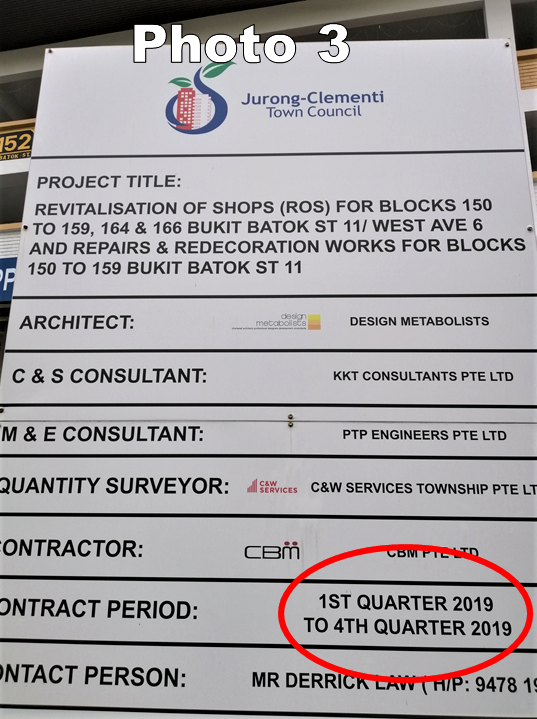 In fact, these works are apparently still incomplete, as seen in a picture. 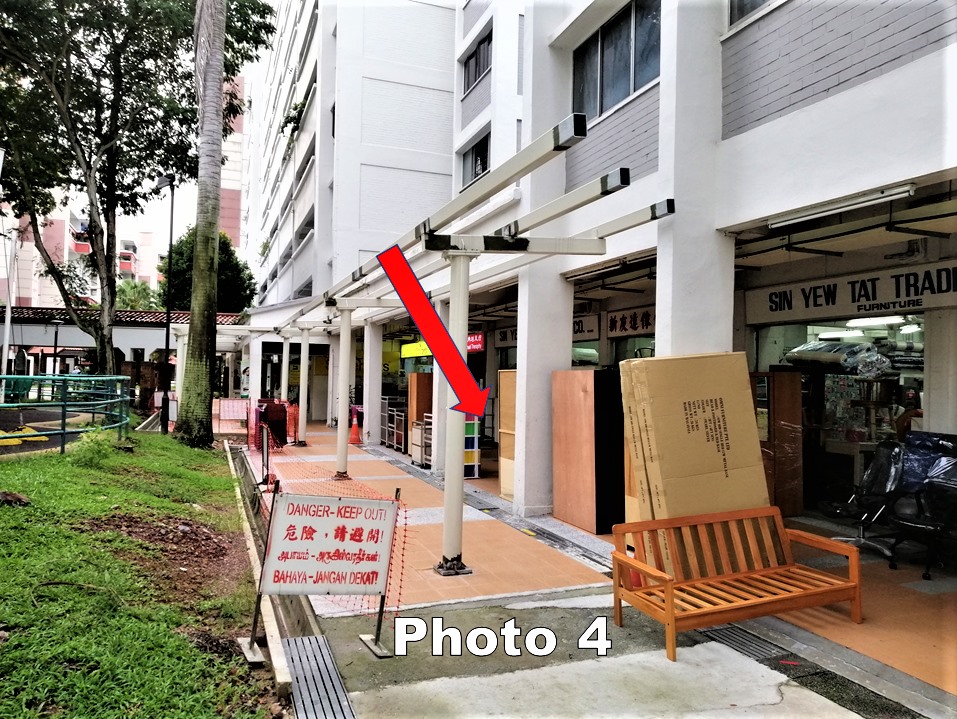 Board of project left for 3 years

Another board shows a project’s completion date as being the 4th quarter of 2017. However, the board remains there as of Tuesday (23 Jun) 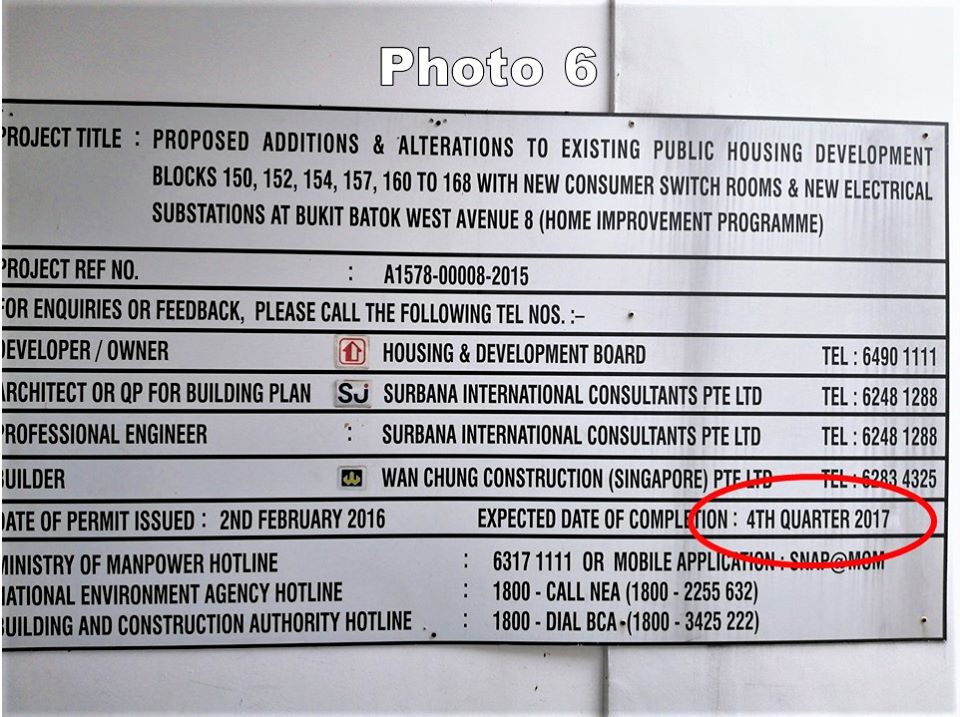 Mr Chee is unsure as to whether the project has been completed, and so asks if it is — and if so, why the board remains there. 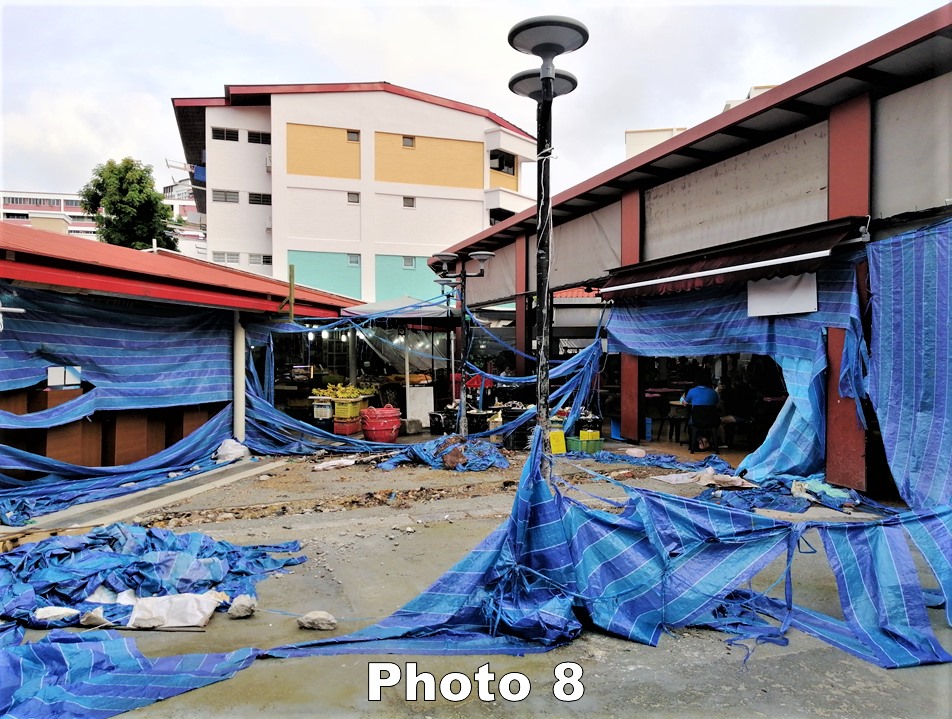 But that wasn’t the end of the story by a long shot, as Mr Chee has continued to not only walk the ground but also ask questions of the incumbent numerous times after.

Such as when a fire rescue was apparently hindered by a faulty fire hose.

Or when a club dinner was held on 7 Mar, in the midst of the Covid-19 pandemic. 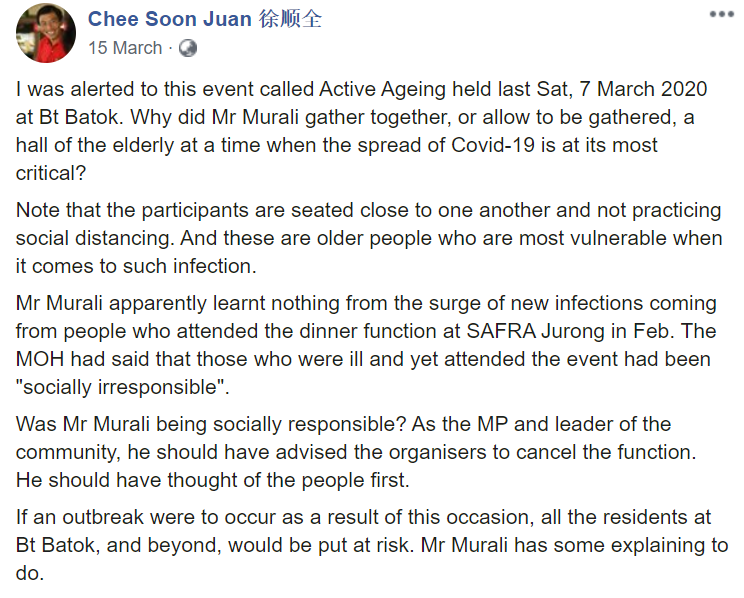 Mr Murali responded on both occasions, which means there’s a good chance that he’ll reply this time too.

If nothing else, competition seems to bring out the best for the residents, as they have both the PAP and SDP taking care of their needs.