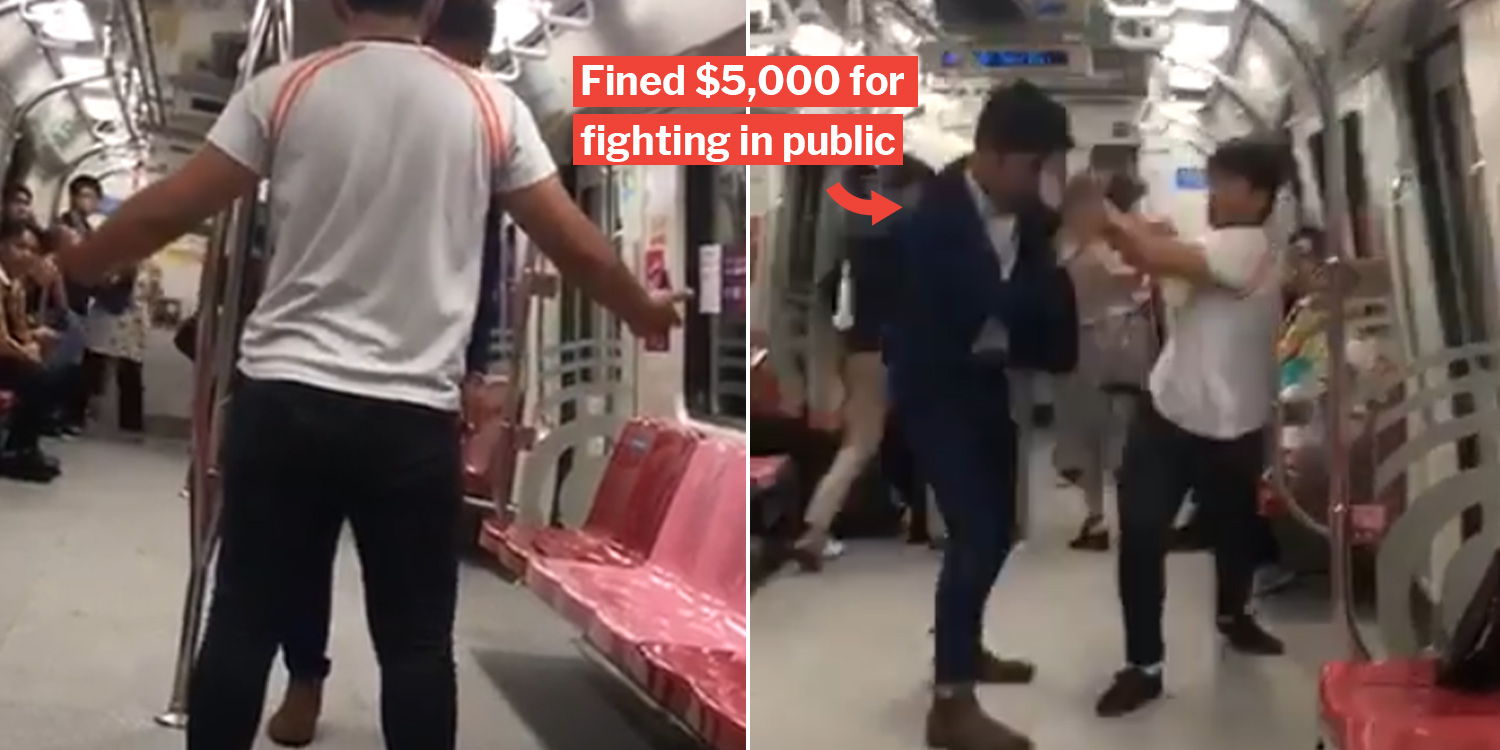 Train Fight-Starter In Viral Video Gets Fined $5000, But He’s Unable To Pay

Singapore is renowned for its high levels of safety, but perhaps life here is a little too safe for some, resulting in them looking for trouble.

There is a saying for people like them: “eat already nothing better to do”, so it goes in local vernacular.

This trouble so happens to take place on board an MRT train at Raffles Place, the ensuing scuffle sending nearby passengers alternatively scurrying away or chewing on metaphorical popcorn.

Because on train cannot eat food.

One brave citizen, in the true spirit of journalism, braved potential reprisal by filming the event, which ended up on Facebook page SBS – Sure Boh Singapore.

Thanks to this person, we are able to witness the fight in full glory. Who said citizen journalism was a bad thing?

The incident does not end well for either man. Channel NewsAsia (CNA) reported that the older (depicted in formal attire), Muhammad Farid Jalil, was fined $5000, the maximum punishment, for disturbing the peace, while the younger, Irfan Akid Kamis, got 15 months’ probation.

Fight on East-West Line train started due to “staring”

The story begins with the hero, Farid, boarding an MRT train at Outram Park on 7 Nov 2018.

His destination? The police station. But that’s for later.

Anyway, Farid was seemingly looking around a lot because he spotted a younger guy, Irfan, apparently staring at him.

See, if one is minding their own business on the train, which is what most people do, they would probably make it through yet another uneventful journey to wherever they’re headed towards.

Farid, on the other hand, clearly wasn’t minding his business, and he didn’t seem to like the way Irfan was staring at him.

So Farid went over to confront him, and a fight ensued. A woman is seen leading her child away from the fistfight, while others are rooted to their seats, seemingly enjoying the spectacle.

This is probably what went through both men’s minds versus what the other passengers on the train were thinking. 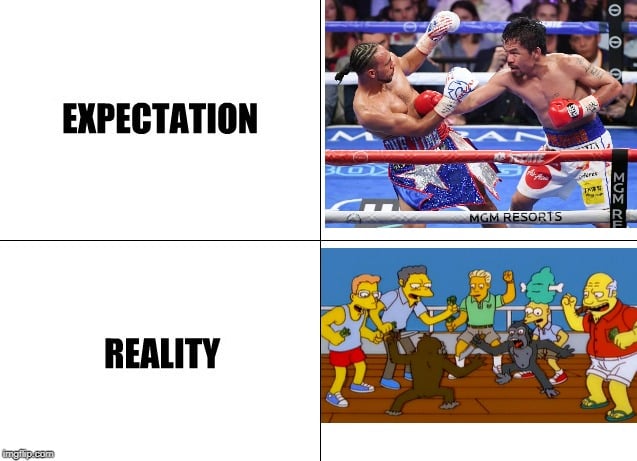 At first, Irfan is heard shouting “来!” (come!) repeatedly, seemingly under the impression that Farid was Chinese.

Then Farid spoke back in Malay and both of them appeared shook at the revelation. Farid took the chance to yell an expletive that refers to male genitalia at him, and the battle appeared to have come to a standstill. 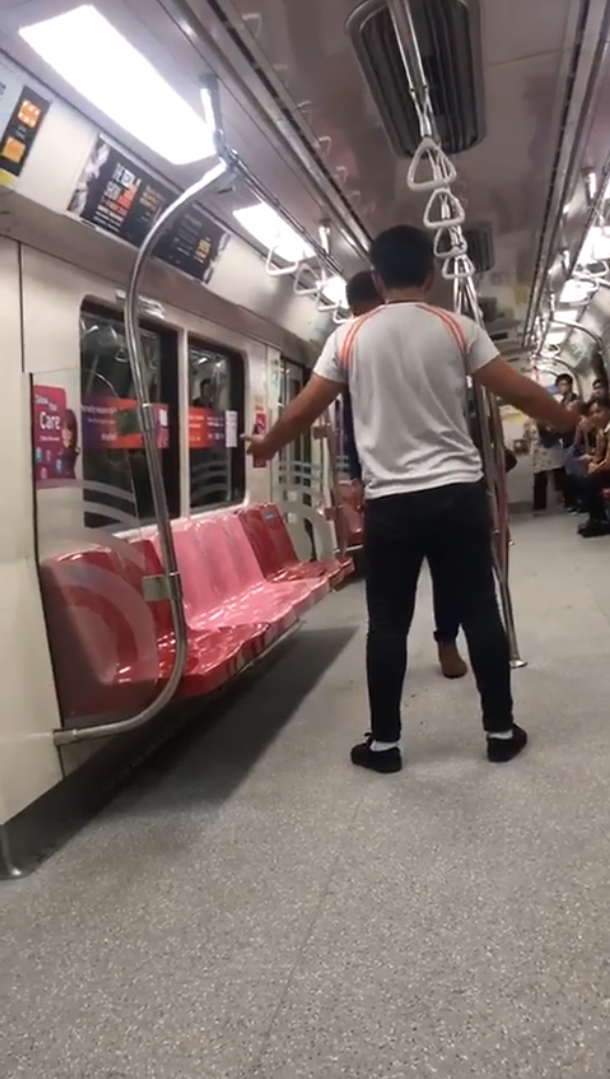 At one point, the enterprising person behind the camera ducks their phone away when Irfan turns around, probably for fear of being caught filming and entertaining a reprisal.

Eventually, the emergency button was activated – yes, they are for situations like this – and an SMRT staff arrived, providing first aid and calling for the police.

For all his bravado, Farid sustained a swollen lip, a cut on his face, and blood clots inside his nostrils. Meanwhile, Irfan had some tenderness on his cheek and back of the head.

MS News does not condone fighting, but Farid appeared to suffer heavier injuries.

Maximum fine of $5000 given, but will be jailed because he can’t pay

Farid was given the maximum fine as he had both started the fight and disturbed other passengers.

He even turned up an hour late to the court hearing, because he mixed up the date of the hearing (25 Nov) with the court number – he’d turned up at Court 25 instead of Court 12.

After receiving the sentence, he asked whether he could pay by installments as he only earned about $500 a month as a delivery driver, but District Judge Victor Yeo declined the request.

He’ll likely be serving 2 weeks of jail as a result of not being able to pay the fine.

So here’s a lesson for all of you reading: don’t anyhow confront and punch people on the train. Public safety is at stake.