Singaporeans Tell Of Difficulties With Cancelled, Rescheduled Flights Due To Covid-19 Outbreaks Hopefully the issues are resolved soon.

Scoot has emailed us with a statement regarding customers’ inability to get through on calls. You can read it at the bottom of the article.

Although Singapore is no longer in the running to be the country with the most Covid-19 cases outside of China, it’s cold comfort to many travellers here who are still being plagued with coronavirus-related issues.

Many Singaporeans have been facing difficulties with their travel plans due to the sudden widespread outbreaks in countries such as South Korea. 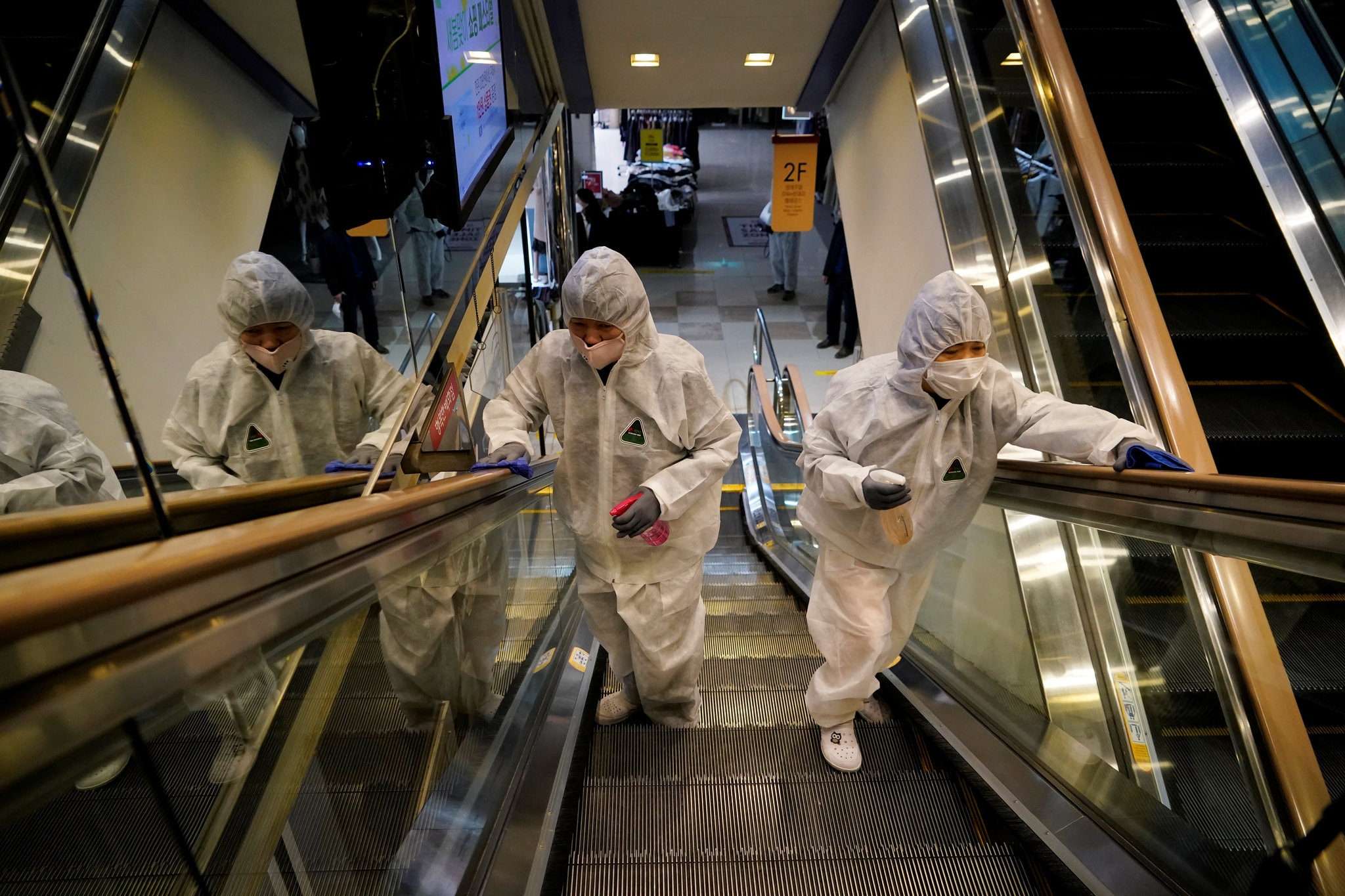 This can be attributed to 2 broad reasons: Firstly, with a growing number of cases reported in many countries, few are still keen to travel.

Secondly, due to the diminishing numbers of travellers, airlines are reducing the number of flights to countries who’ve reported large numbers of Covid-19 cases.

MS News reached out to some Singaporeans to learn about their difficulties in rescheduling their flights and working around the Covid-19 outbreak.

Airline replaced original flight with an earlier one

One interviewee, a Singaporean student studying in Seattle, related her difficulties in getting back home due to the cancellation of her flight.

She had booked a midweek flight from Seattle to Hong Kong, but recently got an email notifying her that it had been cancelled. Screenshot of the email provided by the interviewee

The airline, Cathay Pacific, instead booked her on another flight — which was 3 days earlier. 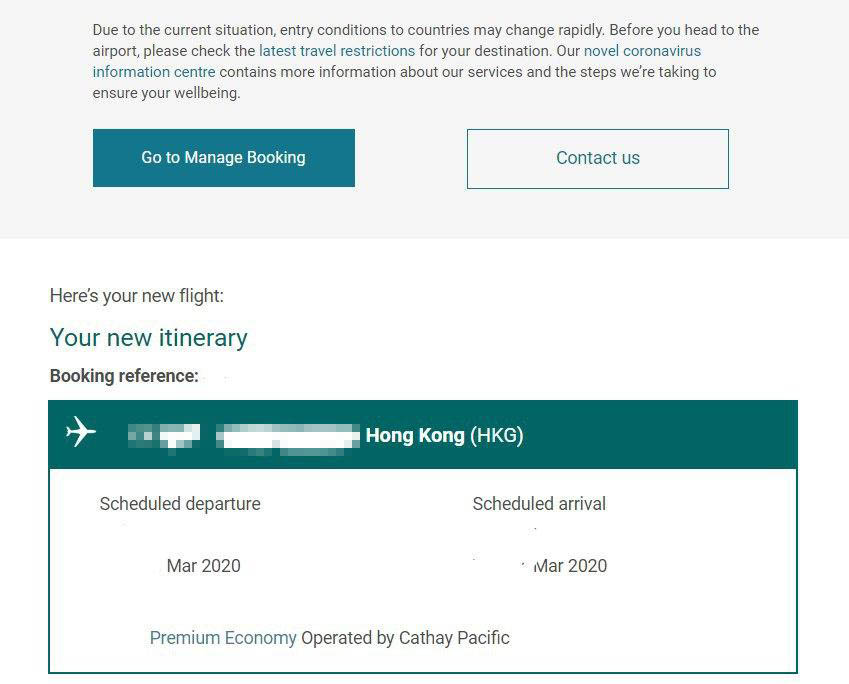 Screenshot of the email provided by the interviewee

Though she wasn’t required to pay any extra charges, she would have had to miss some important appointments due to the change in flight date.

Unable to decide whether to go or not

Other interviewees were offered alternative solutions by their carriers, but had trouble deciding which what to do.

Ms Zhiyi Ong had planned a graduation trip to South Korea with her friends, and they intended to visit in Apr 2020. 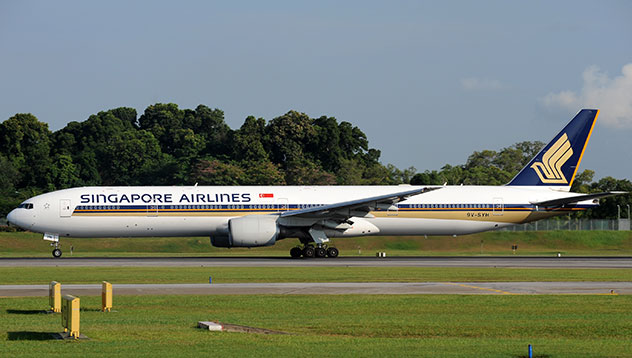 Unfortunately, their plans to visit the land of BTS and kimchi may be put on hold.

Though their flight hasn’t been cancelled yet, they’re reluctant to travel since South Korea currently has the most Covid-19 cases outside of China, and the spread doesn’t seem to be slowing down at all.

As they had booked non-refundable tickets, they are waiting for more updates over a possible refund due to the circumstances.

There’s also the option of going on the trip on a later date, as Singapore Airlines offered them open tickets.

While as yet undecided, Ms Ong said they may go on the trip anyway.

Went ahead on trip due to extra costs for switching dates

Another interviewee who spoke to MS News, known only as Jasline, decided to follow through and go on her trip to Bangkok.

She had planned to go to Bangkok from 15 to 20 Feb around 6 months ago, but hesitated as Thailand had a rather high number of cases at the time.

Her flight was booked with Jetstar. She tried to cancel her flights 2 weeks prior to the date, but was told she could change only the dates of her flights. 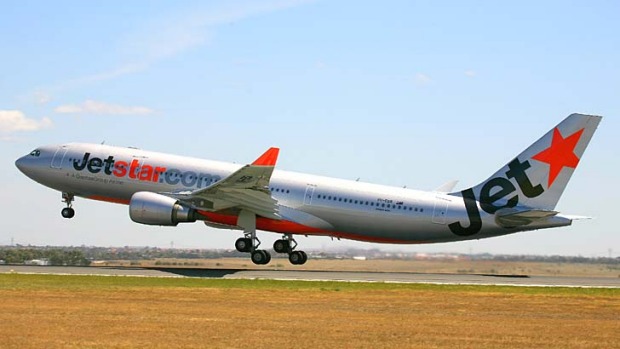 Furthermore, she would have to pay a fee if she wished to switch dates.

Deterred by the extra fees, Jasline ended up flying on her original dates anyway, as the “Bangkok situation wasn’t as bad as Singapore’s”.

No response from airline after nearly a month

Another potential traveller, who is known only as Mr Chong, booked a flight to Chiang Mai, Thailand last August.

However, he decided to cancel the trip just two days before his planned departure in early Feb.

He phoned Scoot’s customer service hotline, but ended up on hold for an hour. Eventually, no one answered the call. 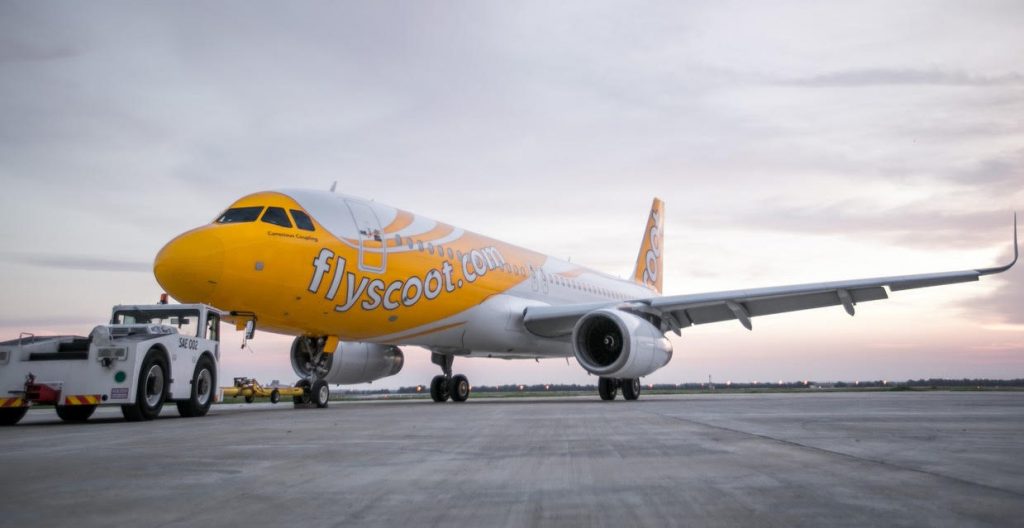 Mr Chong is yet to establish communication with the airline’s customer service as the hotline is allegedly “very busy”.

The date of his flight has since passed, and he did not proceed with the trip.

Apparently, he has tried contacting Scoot multiple times but has yet to receive any response.

Since he hasn’t been able to contact the airline, Mr Chong hasn’t received any form of compensation either.

Scoot isn’t the only airline that travellers are struggling to get a hold of during this time.

A woman known only as Ms Tham related her struggle to seek a refund from AirAsia after cancelling her flights to South Korea.

According to a screenshot of AirAsia’s wesbite that she provided, she was eligible for a refund on her ticket. 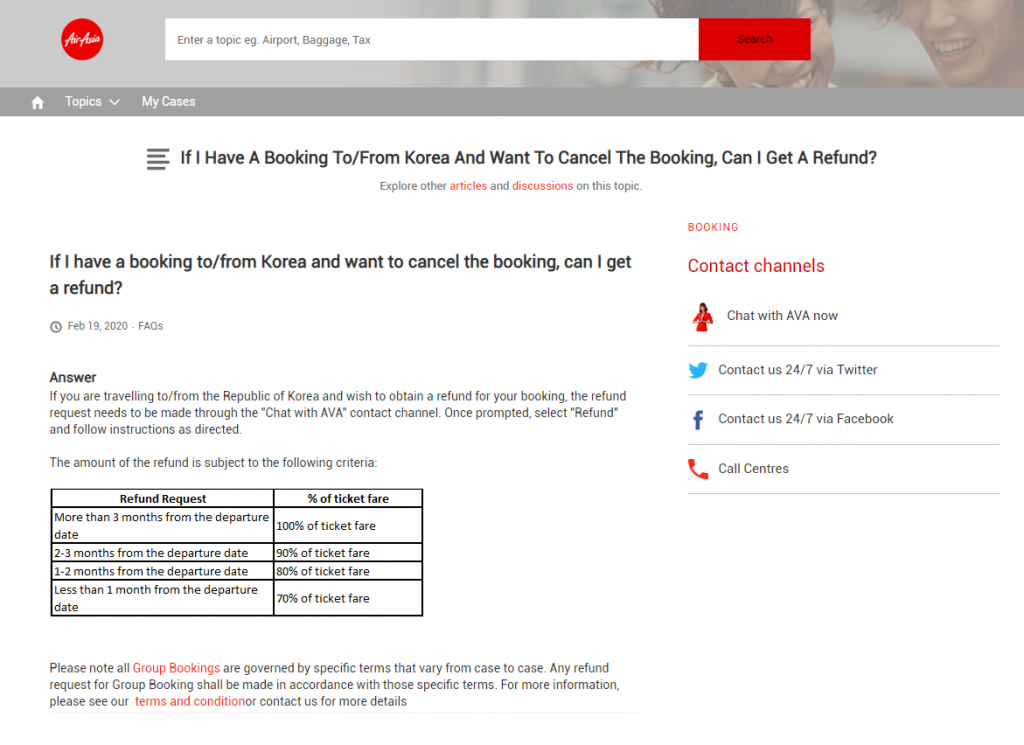 However, she has had no luck processing it due to AirAsia’s cumbersome customer service system, which is apparently primarily run by bots.

Besides Ms Tham, many other customers have found it to be unhelpful. Unable to reach a human, they have taken to AirAsia’s Facebook page to voice their dissatisfaction.

More unhelpfully, gripes were replied with links for the same customer service centre that failed them. 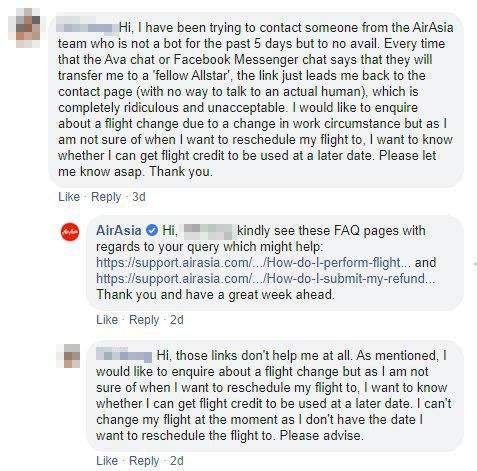 Ms Tham was frustrated that she was unable to contact a human for help, and is still struggling to get a refund.

Particularly troubling for her is the fact that she is apparently eligible for a refund, yet has no way of processing it.

AirAsia also has an ostensibly human-managed “live chat” for customer service, but she wasn’t able to get help from that platform either.

According to her, the page loaded for an hour but she was still not connected to a customer service officer.

Advice for those with similar predicaments

Some of the interviewees shared some helpful tips with us that they feel might make the rescheduling or refunding process less of a pain.

Ms Ong related that she would be visiting the airline’s main office to reschedule her flights in person, so as to avoid the hassle of navigating the website. She shared that a friend had done that, and felt that it was “more effective”.

Meanwhile, Ms Tham was advised to use AirAsia’s complaint channel instead of their customer service pathway to reach human staff.

We don’t know if she was successful yet, but going through alternative channels like Facebook is always helpful.

Airlines may be too swamped to handle every request

While our thoughts go out to those who have been sickened by the virus and their loved ones, we also sympathise with those who despite being in good health, have been caused great distress by Covid-19 in other ways.

When diseases like these strike, there may not be much that airlines can do. It’s understandable that they may be too swamped with complaints and refund requests to handle some of their customers.

Still, contingency plans to deal with the situation and reach out to affected customers should have been in place by now — really, it’s the least that can be done.

Not only have customers missed out on their holidays, they’re literally having to pay the price too.

Due to the high volume of calls, we sincerely apologise if customers are unable to reach us. To manage the high volume of customer queries, we have also made available alternative channels, such as m.me/FlyScootKR. For non-urgent requests, customers are encouraged to drop us a note via our online feedback form, or Facebook messenger, and we will endeavour to respond to them within 14 working days.

Due to the high volume of bookings that need to be refunded, beyond the initial batch of Mainland China flights that were cancelled, there is now unfortunately a delay in the process. Scoot sincerely apologises for the inconvenience caused and would like to assure passengers that all committed refunds will be processed within 30 business days.