On Tuesday (21 Apr), a brawl broke out at a Playmade outlet at Waterway Point between a bubble tea store employee and a GrabFood deliverer.

This infamous fight became widely known as the ‘Playmade Saga’ after a video circulated online. You can watch the video on All Singapore Stuff’s Facebook page here:

On Thursday (23 Apr), the delivery rider took to Facebook to explain his side of the story.

He wrote a sincere apology seeking the understanding of Singaporeans, urging all to move on from this incident.

In a Facebook post, Mr Alvin Lee explains that it is a “difficult time” for Singapore food deliverers, who are working harder than ever to get food to our doorsteps during this ‘Circuit Breaker’. 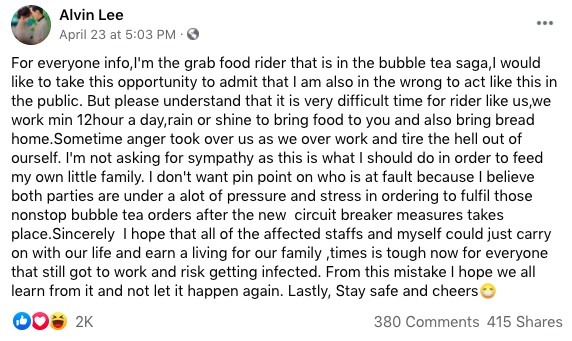 Possibly overwhelmed by stress and frustration from the long waiting hours that night, Mr Lee lost his temper.

The Grab deliverer simply expressed his desire for all involved parties to move on from this harrowing incident.

A day before (22 Apr), the bubble tea store also put up an apology on their Facebook page, admitting that their staff did use vulgarities that provoked the deliverer. 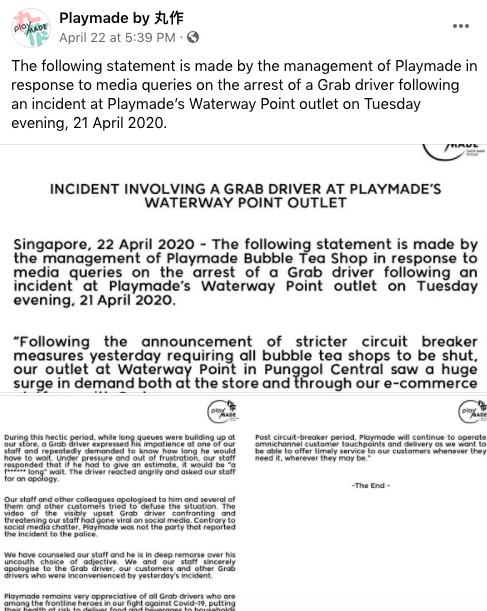 You can read about their statement here:

S’poreans Queue Till BBT Run Out Before Closure, Even Start Fights Over Coveted Prize

Evidently, tensions were boiling between both staff and food deliverers, understandably considering the overwhelming number of orders they were dealing with. 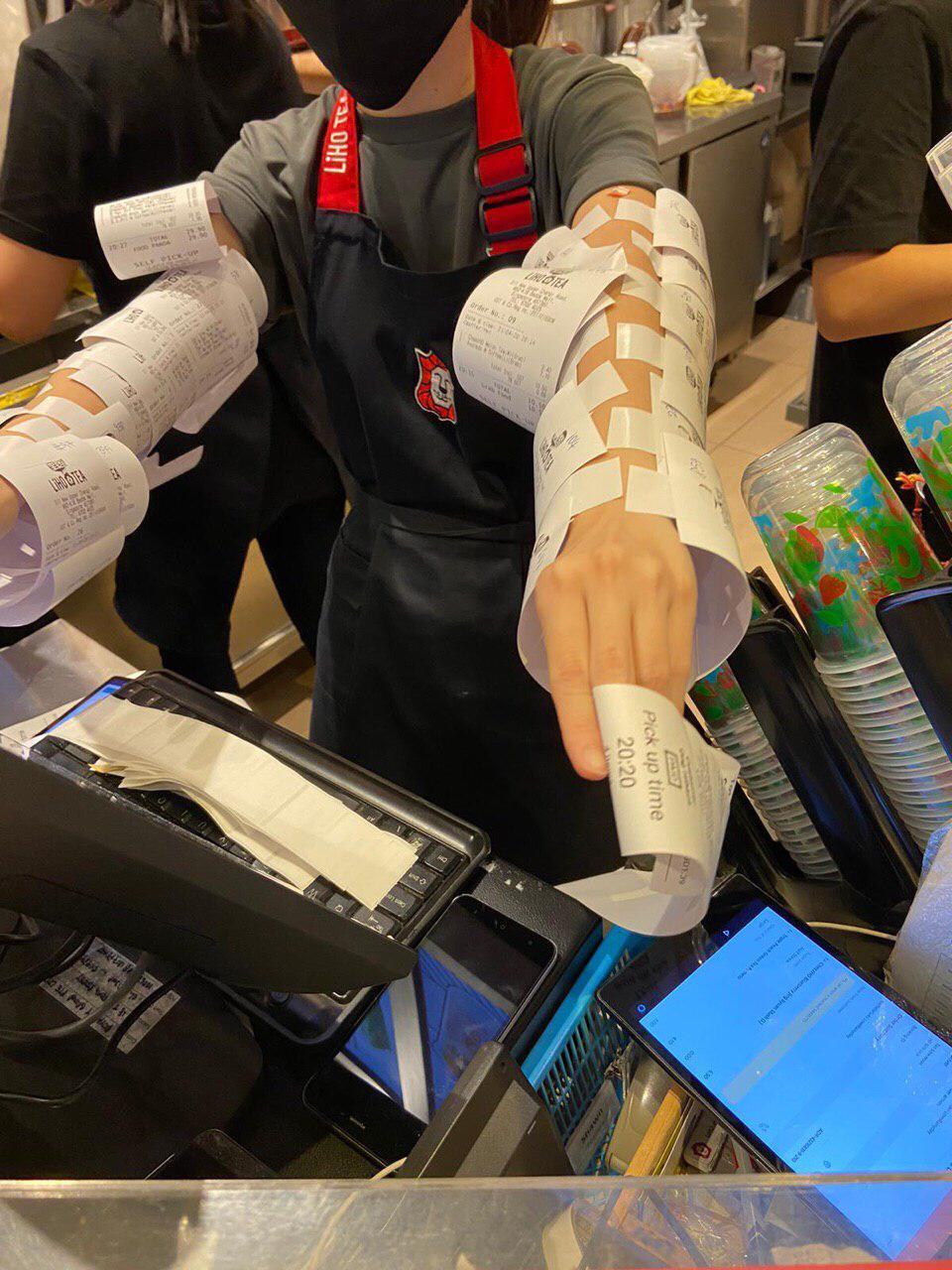 Inevitably, conflicts might arise due to exasperation. As such, both parties should continue receiving our support and be given second chances.

We hope he can return to work soon

Apparently, Mr Alvin Lee is the sole breadwinner, according to a report by STOMP. Though he is also registered with FoodPanda, he is unable to get any customers.

He is reportedly seeking to reinstate his GrabFood account in order to support his family.

We hope that more people are willing to give him a second chance and treat him kindly after his sincere apology.

You Can Cruise Around Sentosa On A Yacht At $50/Person, Just Jio 4 More Friends