S’poreans Queue Till BBT Run Out Before Closure, Even Start Fights Over Coveted Prize 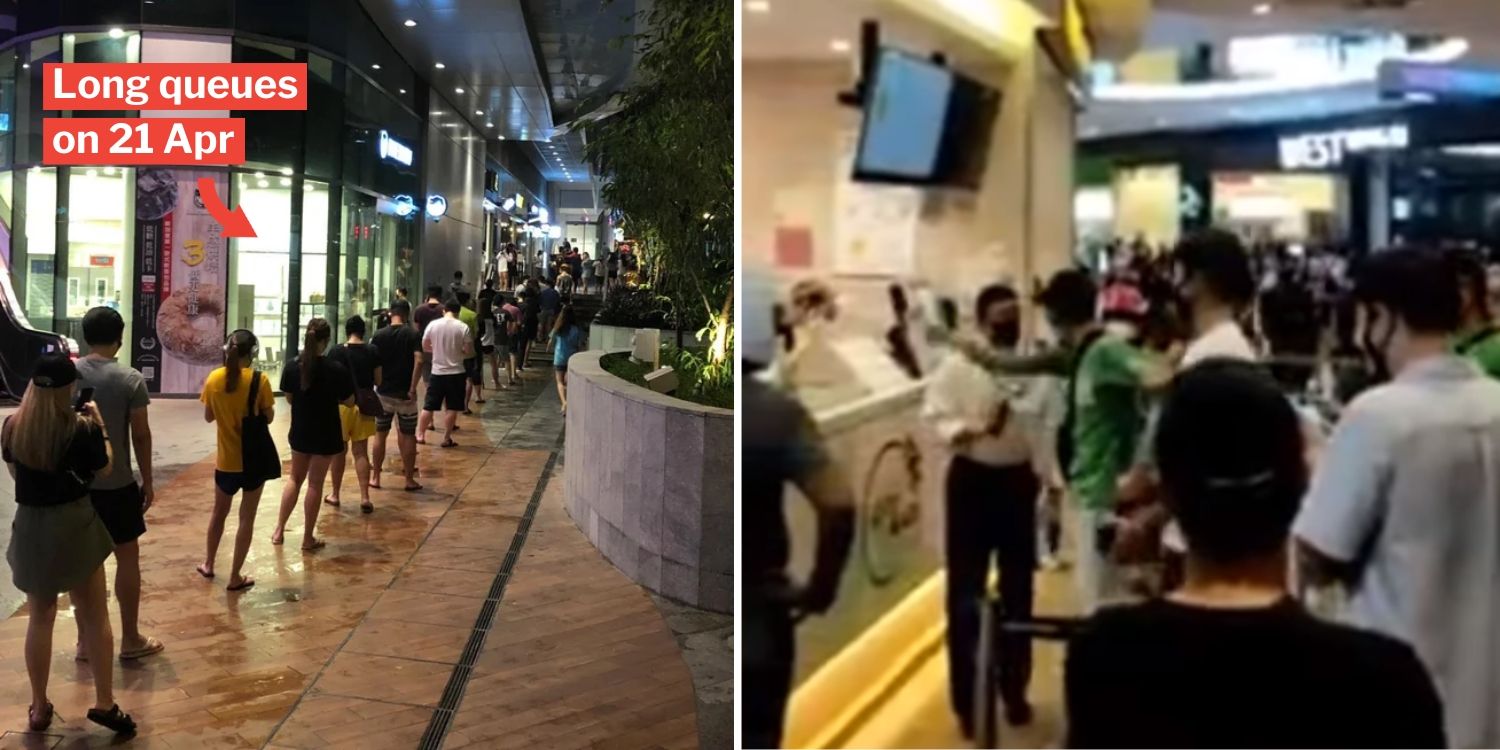 Keep calm ‘cos boba will return.

UPDATE (22 Apr, 6.53pm): Playmade has released a statement apologising that its staff member had used a vulgarity in response to a GrabFood rider. It also said the staff has been counselled.

On Tuesday (21 Apr), MS News reported that bubble tea (BBT) stalls were closed till 1 June. Under ‘Circuit Breaker’ protocols, the sweet drink was not classified as an essential service.

Right after the temporary closure was announced, locals flocked to shops to have one last taste of their favourite beverage. 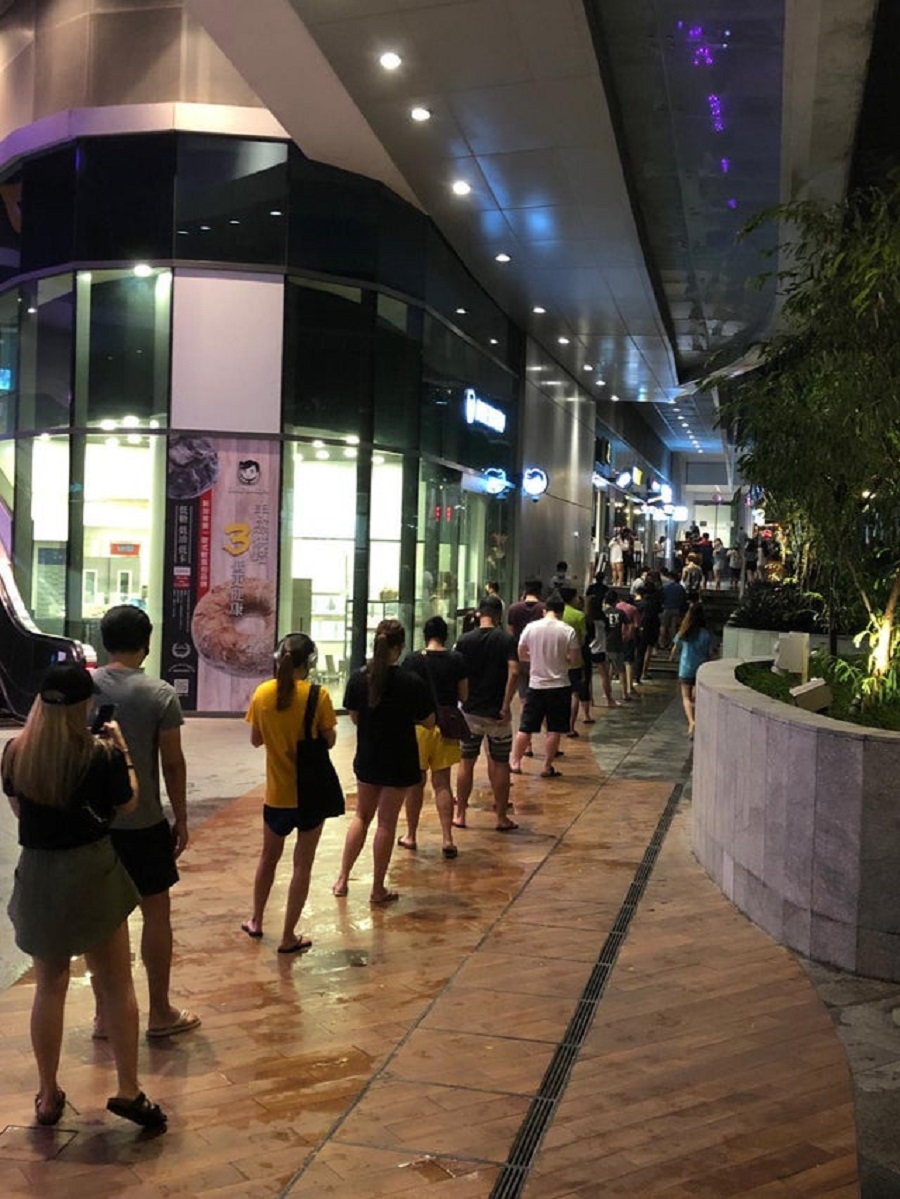 Here’s a look at the mad rush on Tuesday (21 Apr), as captured by concerned netizens.

Singaporeans queue for their last BBT

Reddit user u/pastamin shared a photo of super long queues at KOI and urged residents to stay home because bubble tea is not essential. 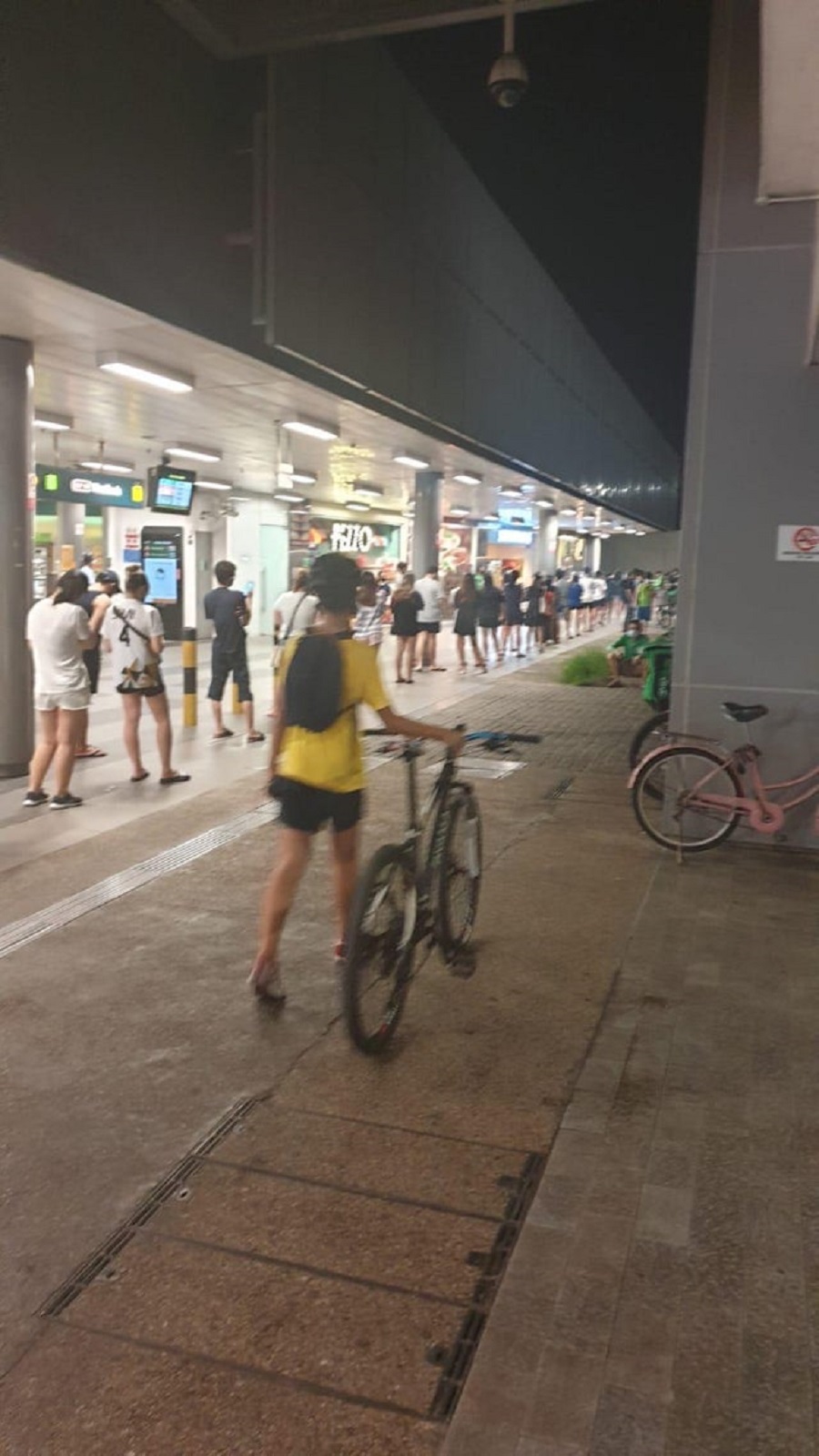 Though customers wore masks, some didn’t seem to keep a safe distance between each other in the snaking queues. During the final moments of the madness, a LiHo employee even had several receipts stuck to her arm due to the overwhelming number of orders. 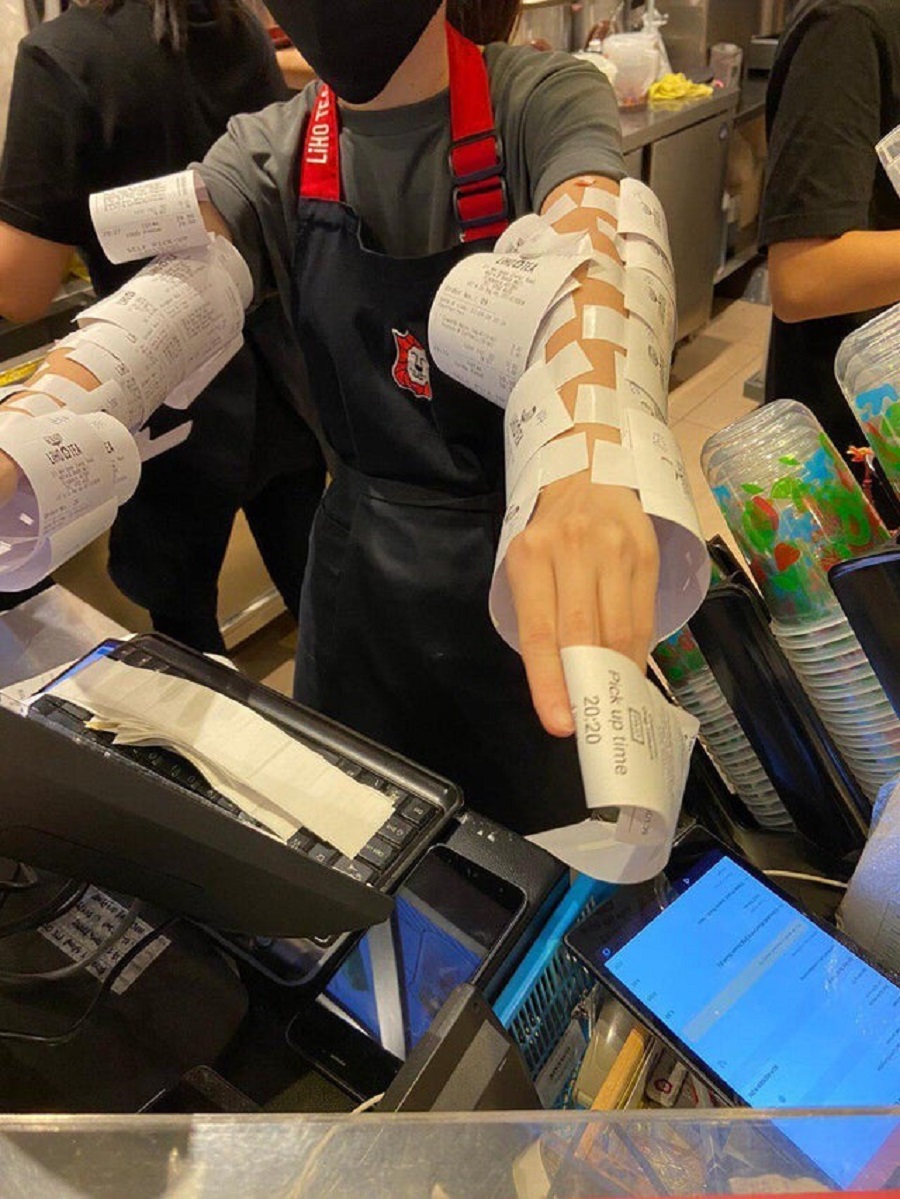 Fight in queue over last BBT

The rush to get the last BBT before shops closed must have frustrated some, who fought for the remaining stocks.

According to All Singapore Stuff, a fight erupted at Waterway Point over some bubble tea at Playmade. You can watch the video here:

While several queued in shops, it seems many ordered bubble tea at the last minute through online means.

So if you were too late to the game, you probably would have experienced disappointing “Delivery Unavailable” notices last night.

Playmade apologises for situation, was overwhelmed with orders

In response to the fight that occurred at the Playmade Waterway Point branch, the store issued a statement on Facebook today (22 Apr). They explained that due to the sudden announcement of BBT store closures, their staff were overwhelmed with orders, leading to “immense pressure” on both their team and delivery riders. As a result, tensions blew over.

In a subsequent Facebook post on the same day, Playmade again apologised to customers and GrabFood riders, explaining for the first time that its staff member had used a vulgarity in response to a GrabFood rider who was waiting impatiently for his order. The staff member in question has been counselled, it added.

The management also revealed that the staff tried to stop online orders at 8pm, but there were already more than 100 orders in the system. 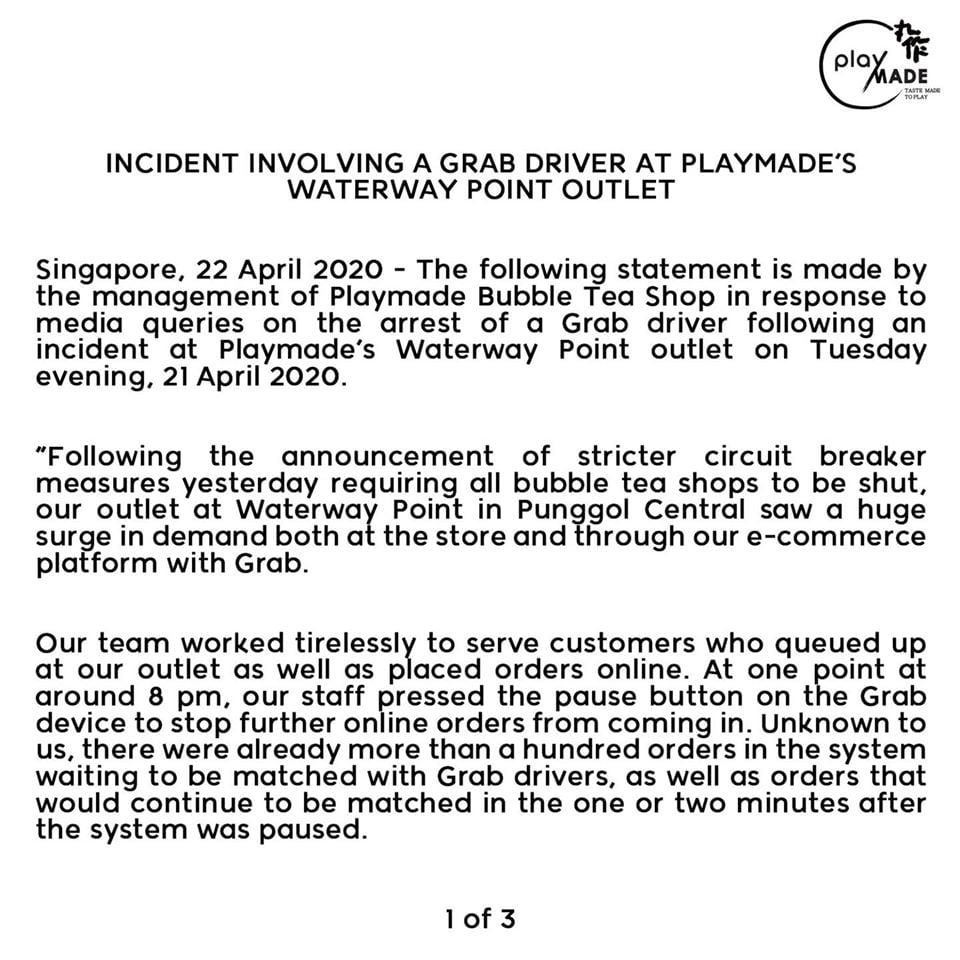 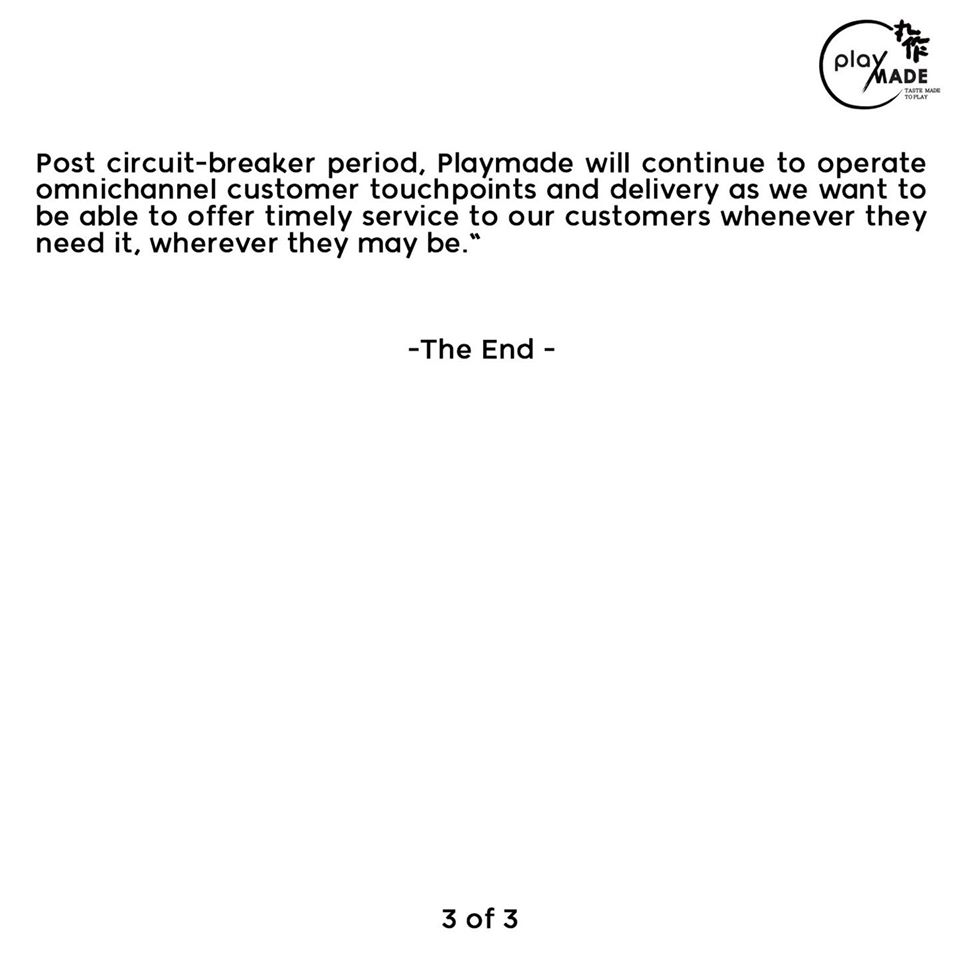 Keep calm ‘cos boba will return

Many foodies have turned to bubble tea, the ultimate comfort food, amid the depressing Covid-19 situation. However, the temporary closure of our beloved stalls is not the end of the world.

We can still make orders from coffee shops, restaurants, food courts, and hawker centres. If all else fails, why not jump on the Dalgona coffee trend?

Maybe this month-long BBT diet can serve you well after all. At least you can cut down on the massive sugar intake.