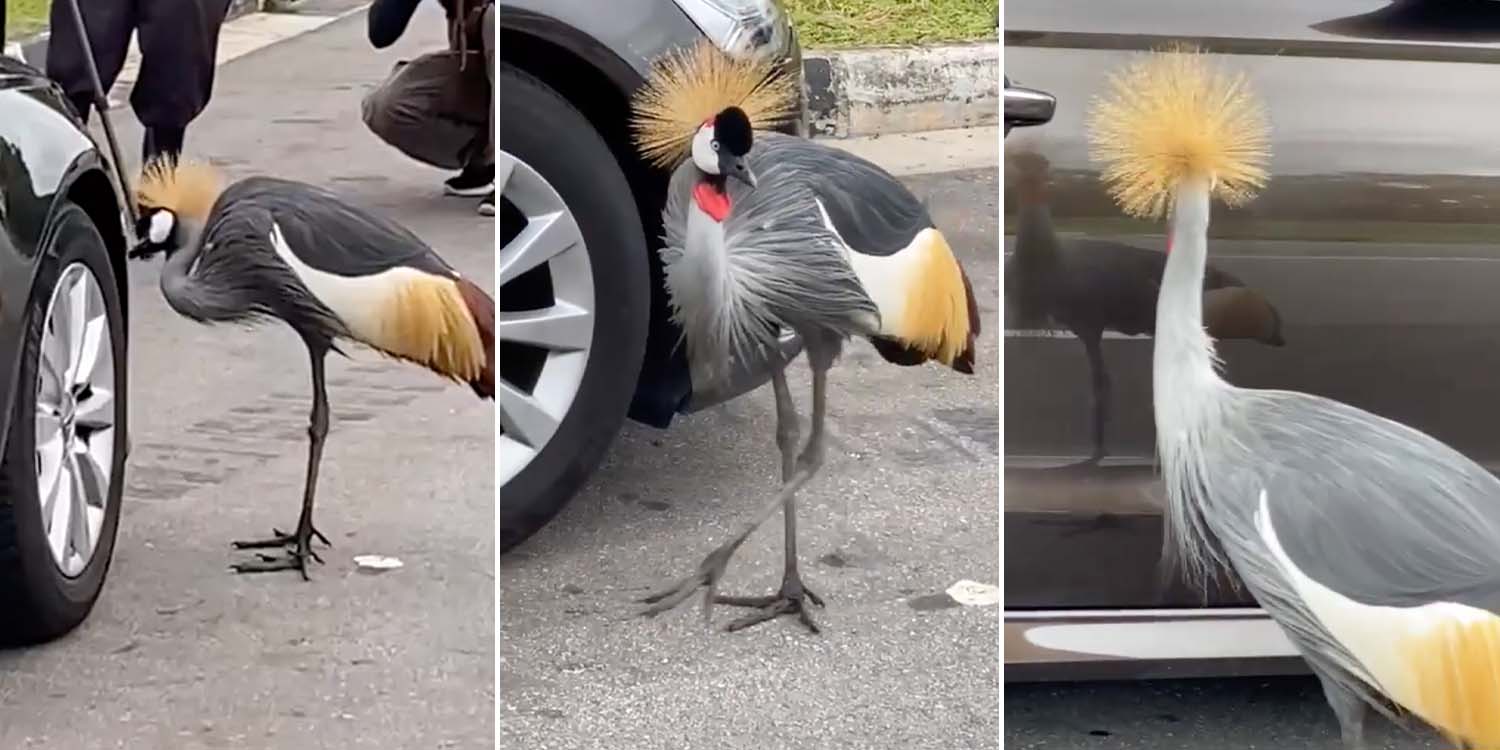 Large birds here in Singapore seem to have a certain fascination for seeing their reflections in cars.

On Tuesday (22 Dec), a netizen shared a video on Facebook of a rare grey crowned crane pecking at a car.

After a few moments, the crane loses interest and walks on as a crowd of photographers trail it like excited paparazzi.

Pecks at car as photographers surround it

A netizen captured the rare sight of a grey crowned crane on video on Tuesday (22 Dec).

In the video, the crane is surrounded by photographers as it stands near a car. 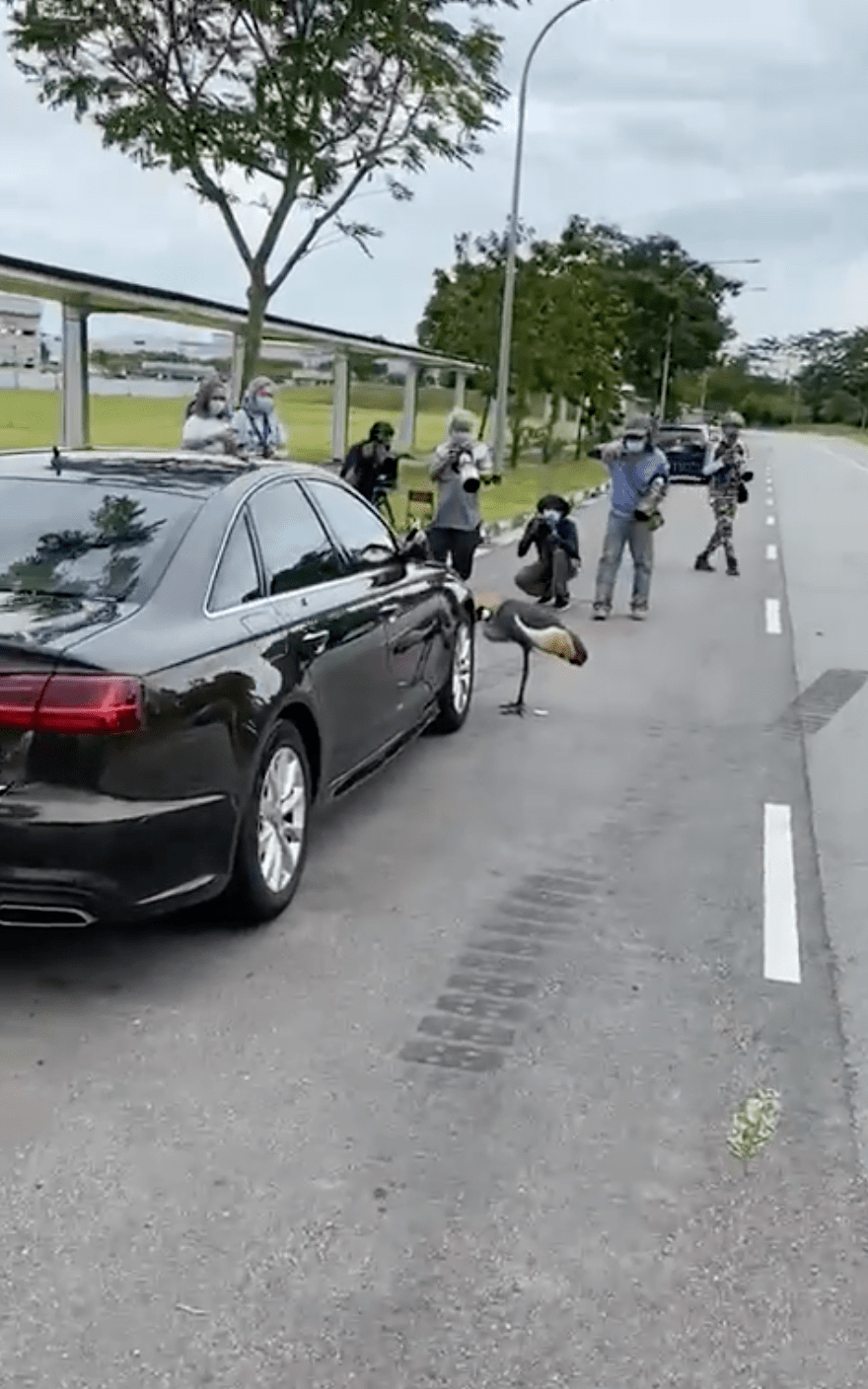 The crane appears to be pecking at the car. All of a sudden it looks up, as if just noticing the crowd that has gathered around it. But it quickly goes back to pecking at the car, seemingly oblivious to the fanfare.

Crane checks own reflection out

After a few moments, the crane seems to finally have enough of pecking at his own reflection.

It quickly glances around at its surroundings before taking a few steps forward. 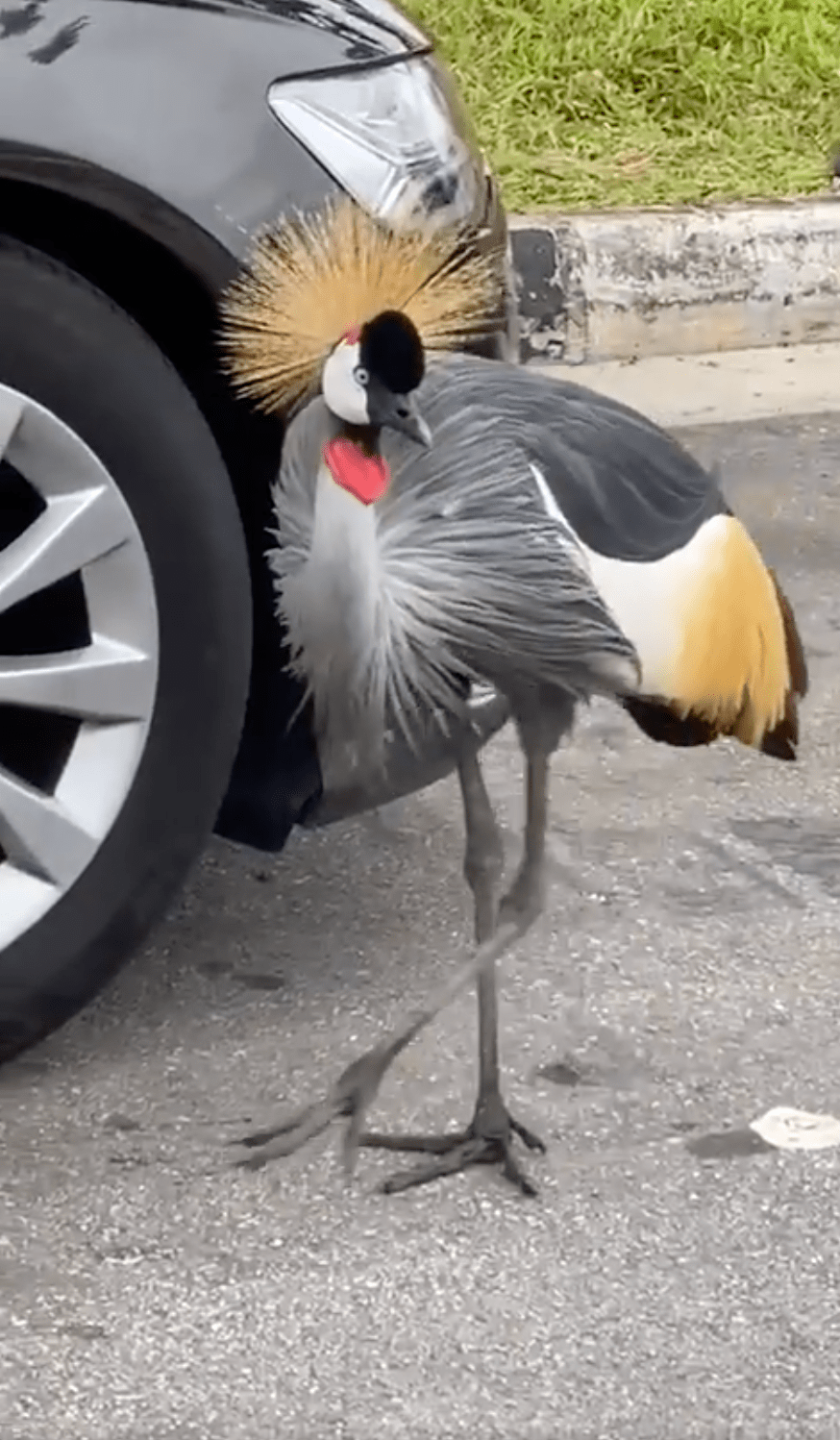 But of course not before sneaking in one last peek at its reflection.

After all, it’s gotta make sure that ‘crown’ on its head is im-peck-able as always.

The crane then walks on unbothered as photographers rush to catch up with it, trying to get a good shot of the elegant ‘celebrity’. The grey crowned crane is considered endangered due to habitat loss and the illegal removal of the birds and their eggs from the wild, according to Tusk.

There are reportedly less than 33,500 of them left in the world.

In Singapore, a pair of them have been said to be released from a pet farm in Seletar back in 2012 or 2013. 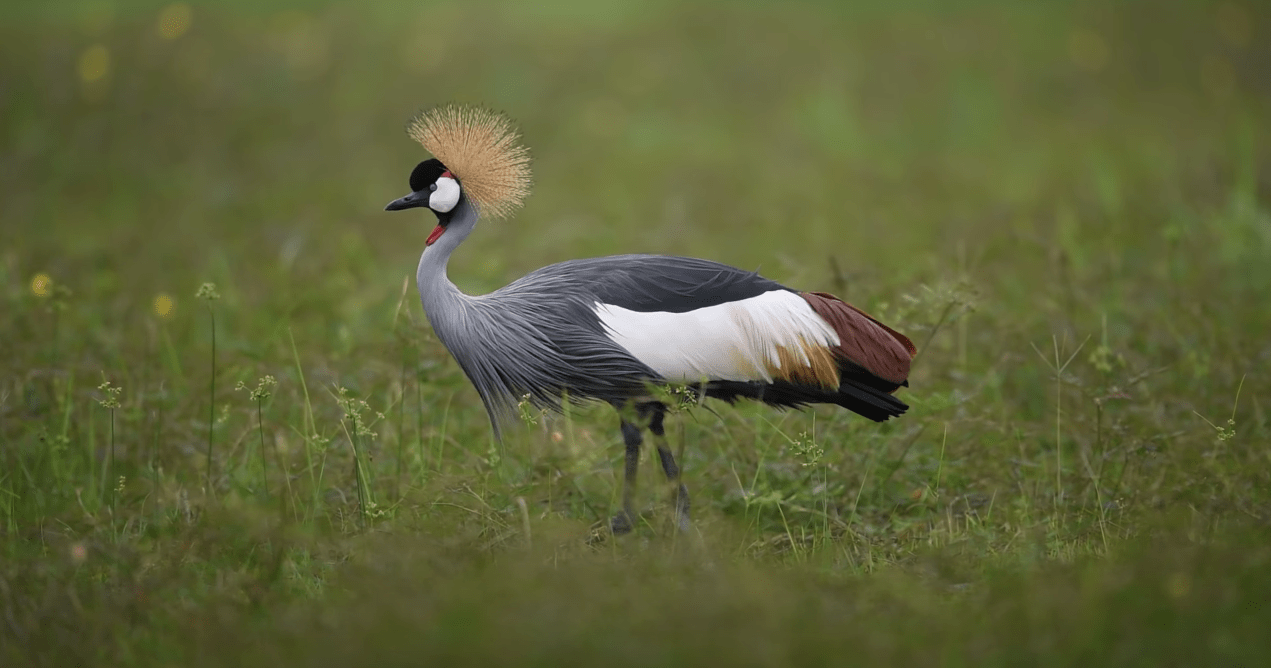 Since then, the grey crowned crane has been regularly spotted at Seletar Country Club golf course.

Try to catch a glimpse of rare cranes at Seletar

The grey crowned crane is even known to put up quite a performance sometimes! During courtship, they will do a little dance that includes head pumping, jumping, and wing flapping.

Guess we know why they’re such ‘celebrities’ among photographers.

So, the next time you’re in the Seletar area, look out for this majestic bird because who knows, you may be in luck.