Must Share News – Independent News For Singaporeans
Home Viral Facebook Peacock Gets Into Fight With Own Reflection At Sentosa, Leaves Scratches On... 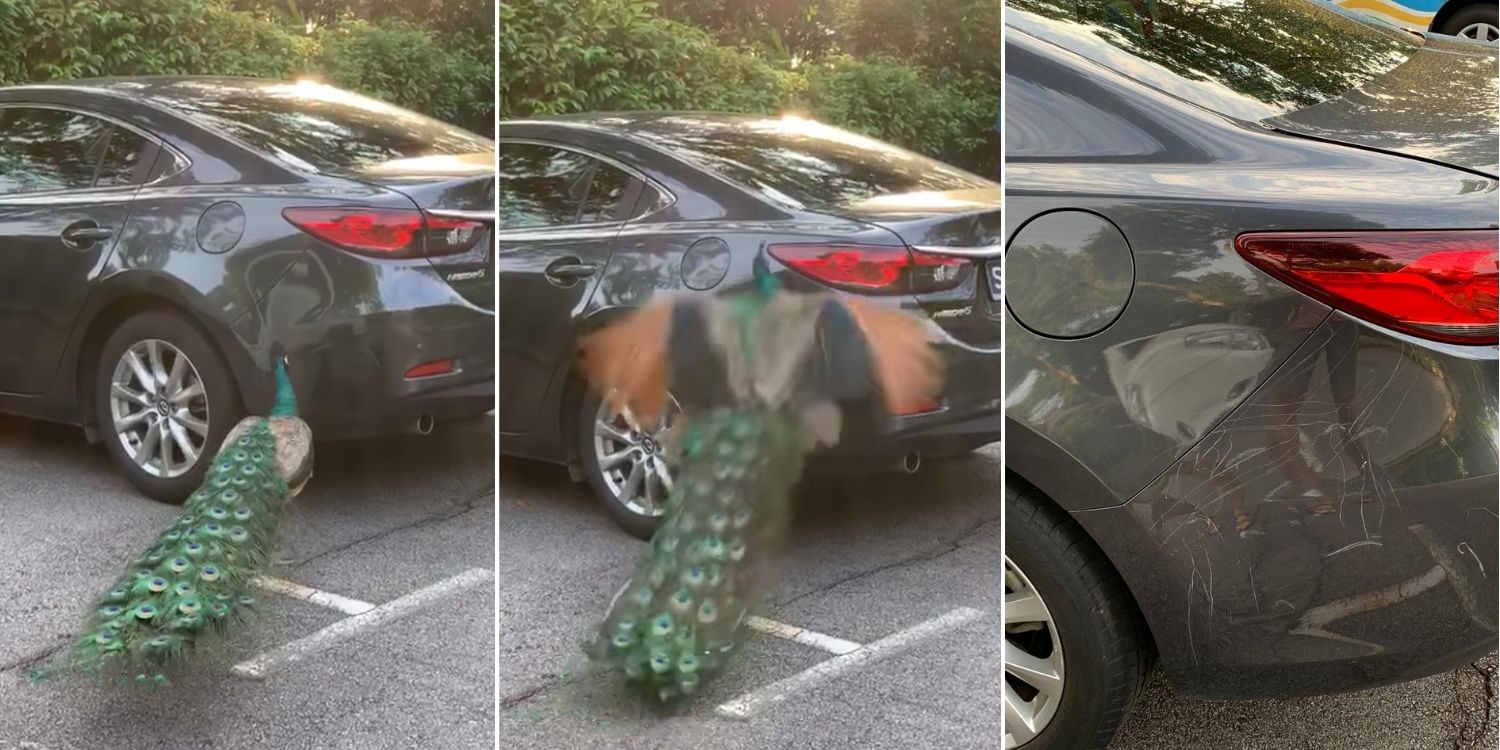 We have heard of drivers leaving scratches on other vehicles, but this has to be one of the most bizarre cases of car damages yet.

On Saturday (17 Oct), a man took to Facebook to share about how a peacock attacked a car parked at Sentosa.

This peacock certainly gave a new meaning to the ‘fight or flight’ response when he started a fight with his own reflection in a car. 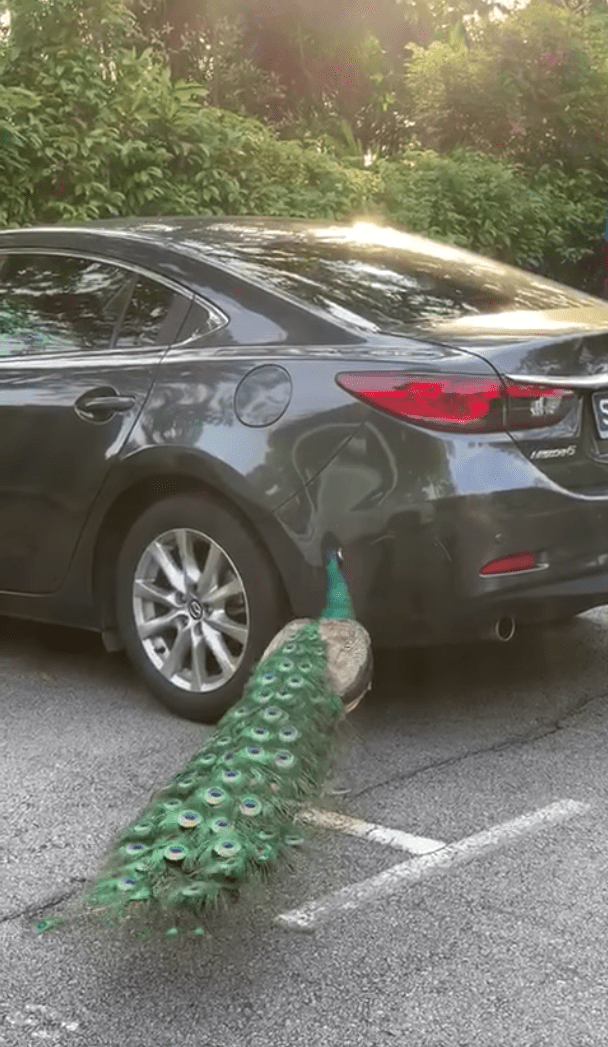 Proving that he has more than his tail to show off, this peacock demonstrated his prowess by leaving scratch marks on the car.

Peacock at Sentosa picks fight with its own reflection

Unlike most videos, this one doesn’t have a long buildup, as the first 2 seconds hint at the rest being quite a wild ride.

The initial flight attack suggests how sharp the peacock’s talons are, as he flaps his huge wings and scratches at the car’s rear end with a loud thud.

Then, the fight really takes off.

The peacock first tries to intimidate his very own reflection with an intense stare down. 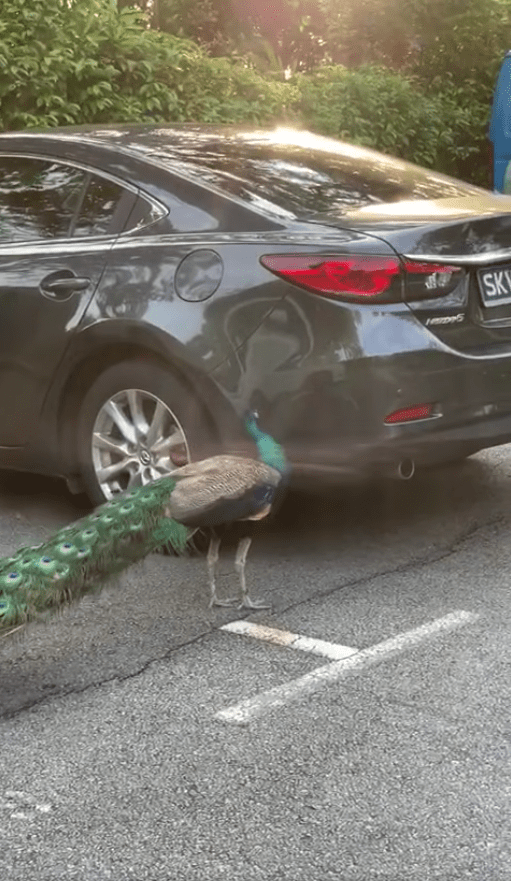 He then tracks back a few steps, readying himself for the fight of his life.

After a quick shake of the nerves, he really flies off the handle.

The peacock takes off, his sharp talons making another heavy impact on the car.

Now we aren’t sure if it’s ‘fowl’ play when the opponent can’t fight back, but the peacock emerged the clear victor in this battle.

Multiple scratches on the side of car

The eventual victim proves to be the poor vehicle, which was left in the arena with multiple scratch marks on its side. 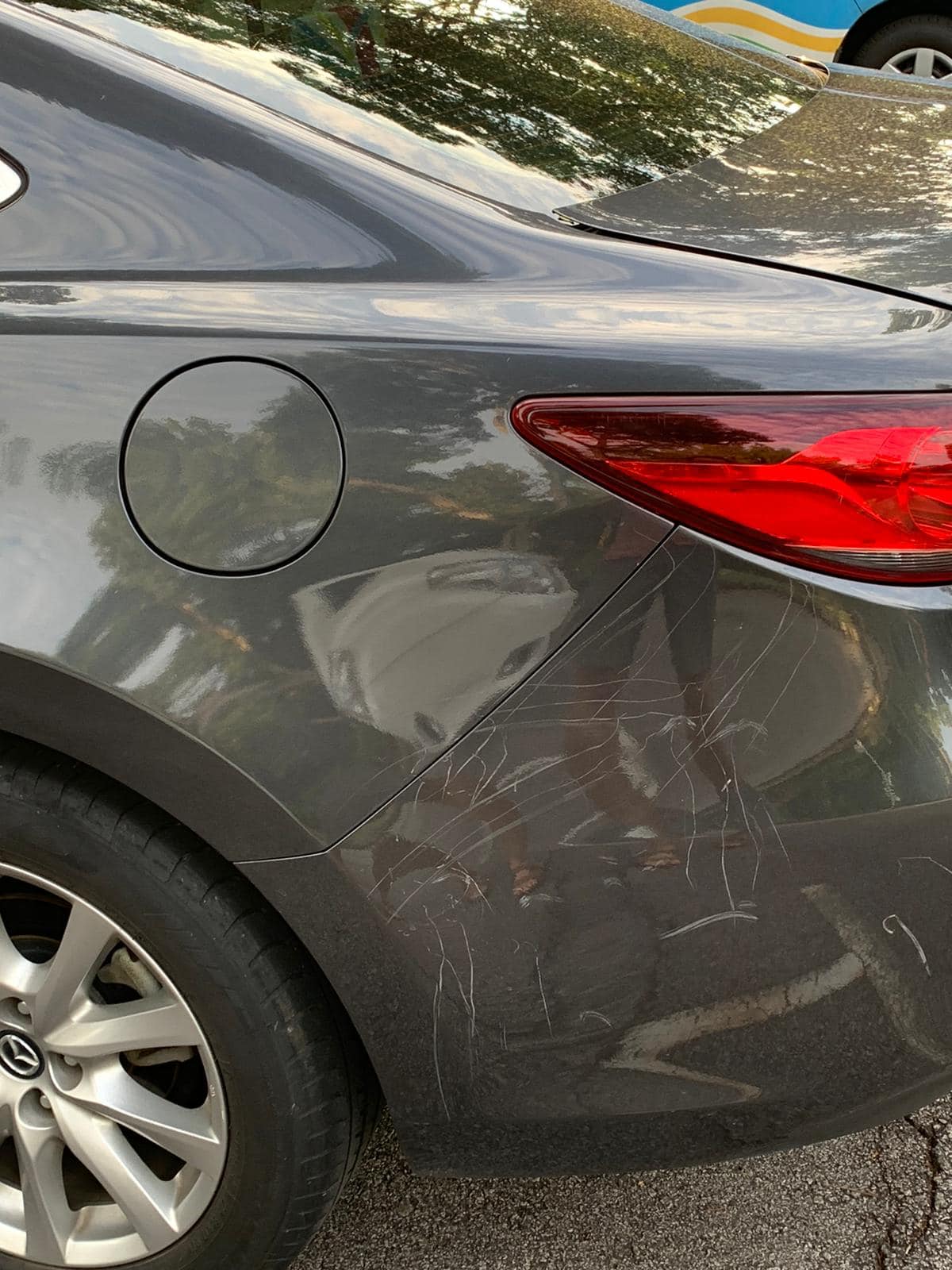 If these scratches are any indication of the peacock’s strength, we’d suggest that everybody steer clear and not provoke him if you ever cross his path.

Taking photos or videos from a distance should be fine.

Unsurprisingly, the footage of the peacock attacking the car amused many netizens who left various humorous comments.

This netizen finds humour in the conversation the car owner would have with his insurance company, trying to explain what happened. 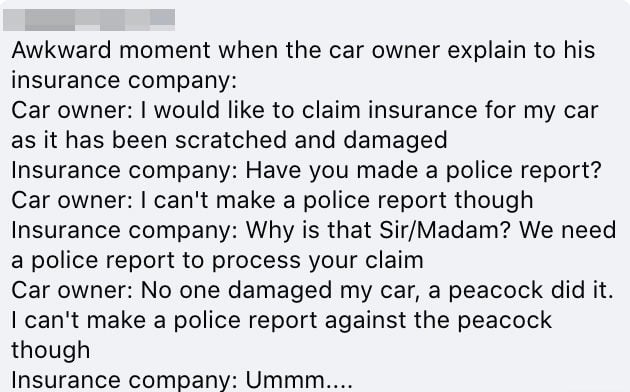 Others praised the car’s pristine exterior, perhaps indicative of a good polishing job. In this case, the job was maybe done a little too well that the peacock thought he was staring at a fellow bird.

He joked that this was certainly a very ‘lucky’ incident, a good time to buy 4D.

Peacocks can get aggressive

Sentosa is home to over 50 of these majestic creatures, the single location in Singpaore with that large a population of peacocks. Although peacocks are undeniably gorgeous, you might want to admire them from afar.

As proven by the fight, these creatures can get aggressive and fiercely territorial, especially during mating season. They have been known to attack humans on several occasions.

Surprisingly, this is also not the first time a peacock has taken out a car in Sentosa.

Armed with sharp beaks and talons, you might just want to get your selfies from a distance the next time you see them.