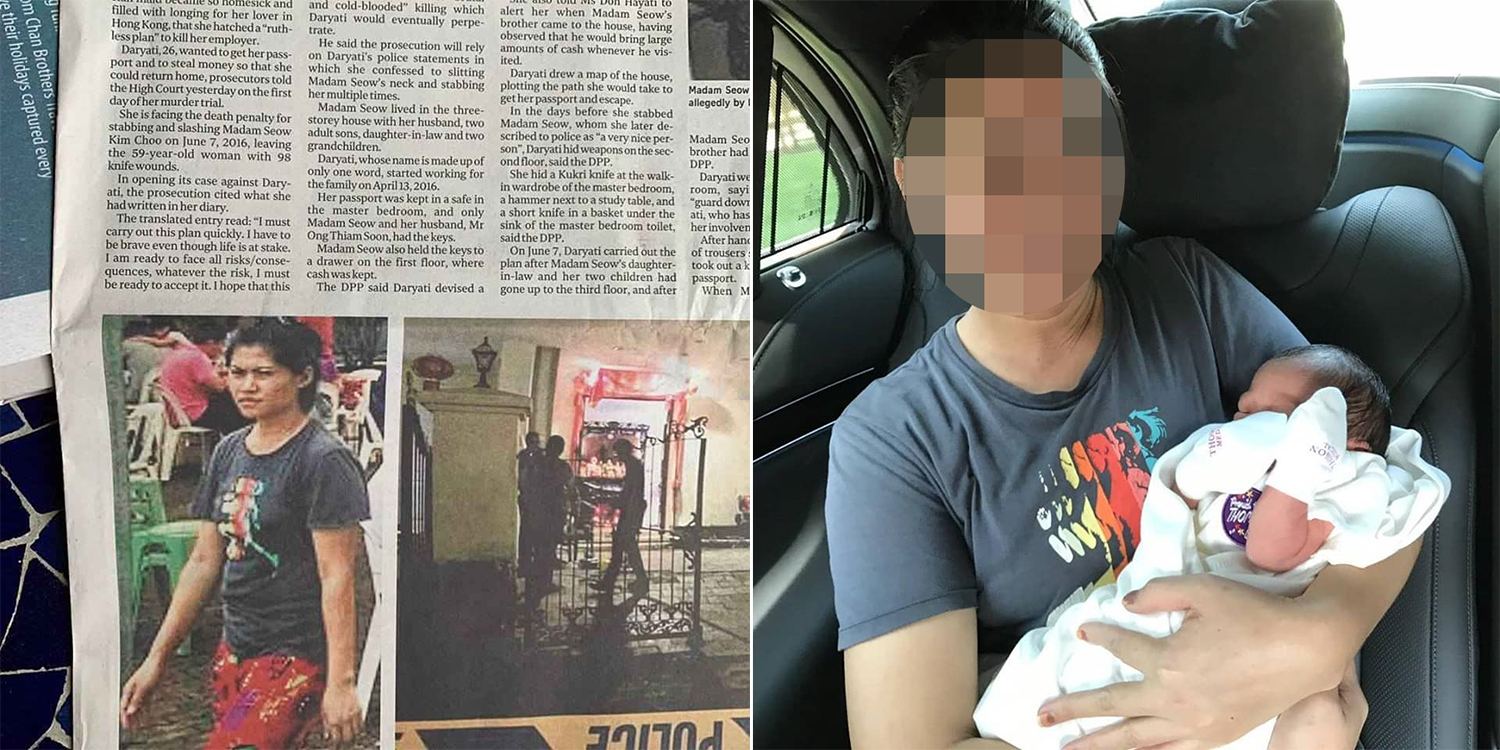 Update (26 Apr): The Straits Times (ST) confirmed on Friday (26 Apr) that the helper’s photo was incorrectly used in their article. They have since issued an apology for the error. 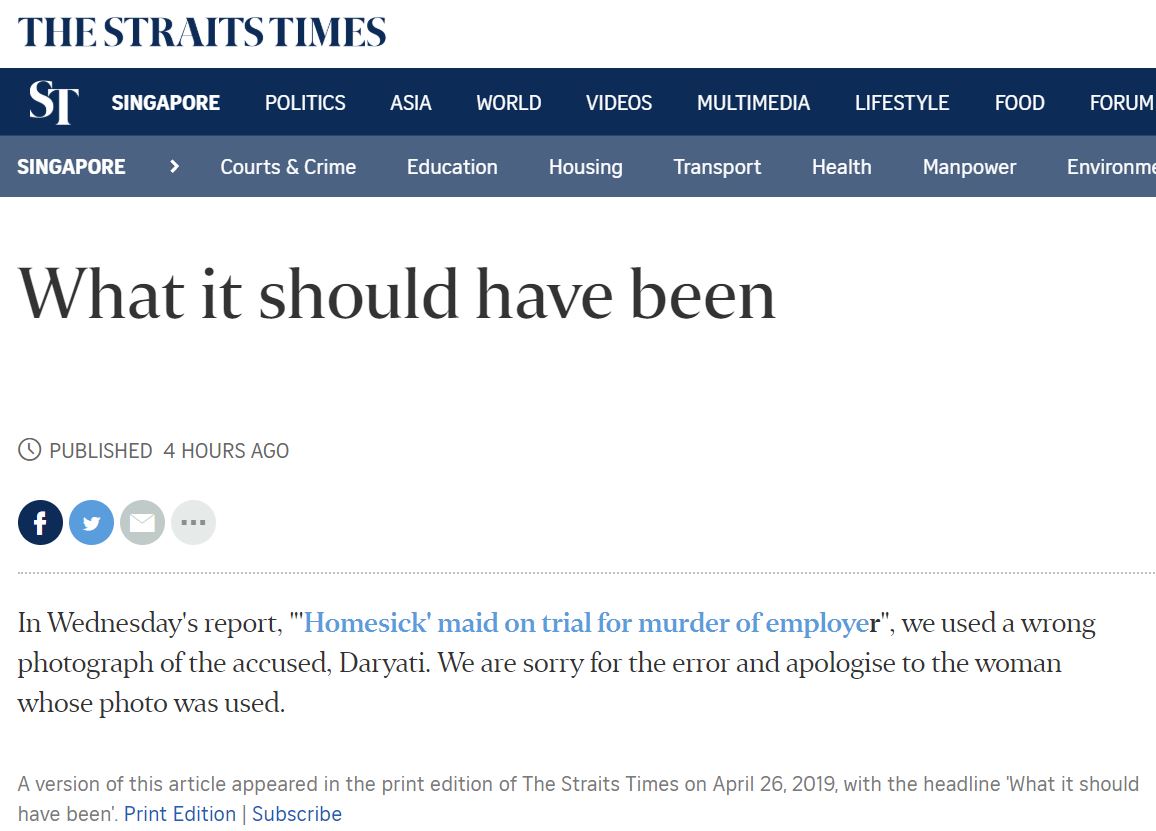 Mr Tan, the helper’s employer also shared in a Facebook post that ST has contacted them and will be removing the photos. His ex-helper will not be raising charges against the paper for now. 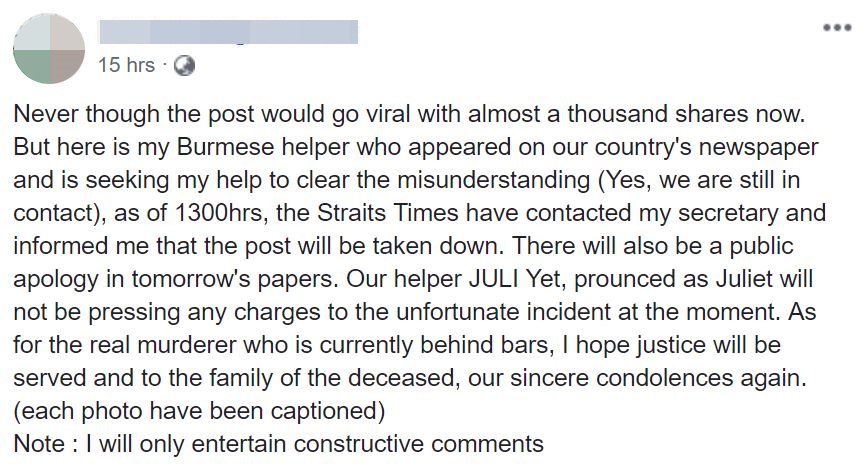 On Wednesday (24 Apr), news that a domestic helper had murdered her employer back in Jun 2016 out of homesickness was published in various Singapore newspapers.

The articles had also reproduced photos of the maid and the late employer.

However, a Facebook user, Mr Tan, has come up to allege that his ex-helper’s pictures were wrongly used in the article, instead of the real maid in question. 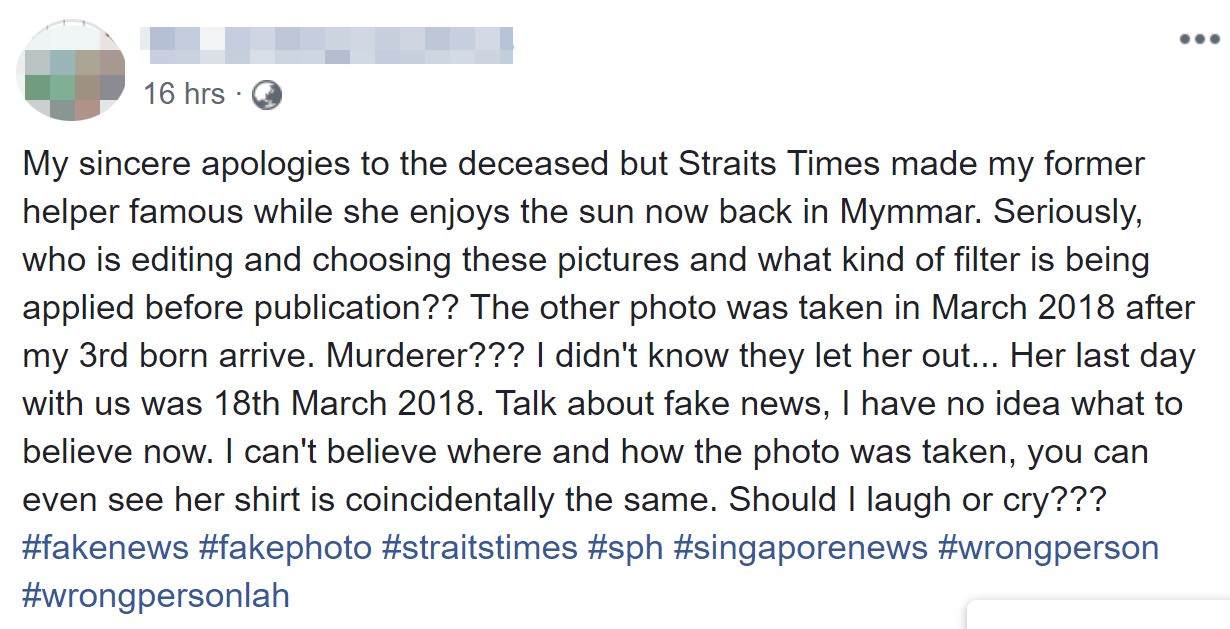 On Thursday (25 Apr), Mr Tan took to Facebook to question why his ex-helper’s photo was used as the picture of the maid who committed the murder. 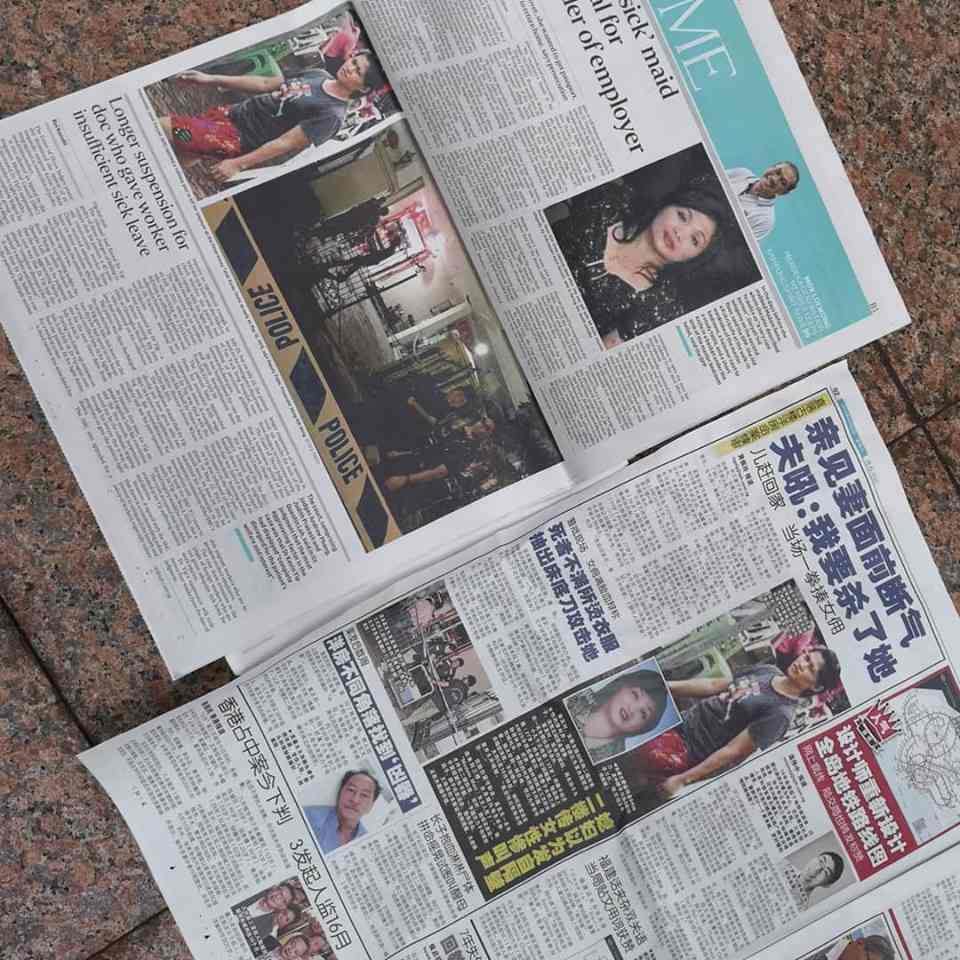 The murder case, which occurred back in 2016, involved an Indonesian maid who killed her employer as she was “homesick”. Mr Tan alleged that his ex-domestic helper’s photo was wrongly published in place of the real maid, who is currently facing the death penalty. 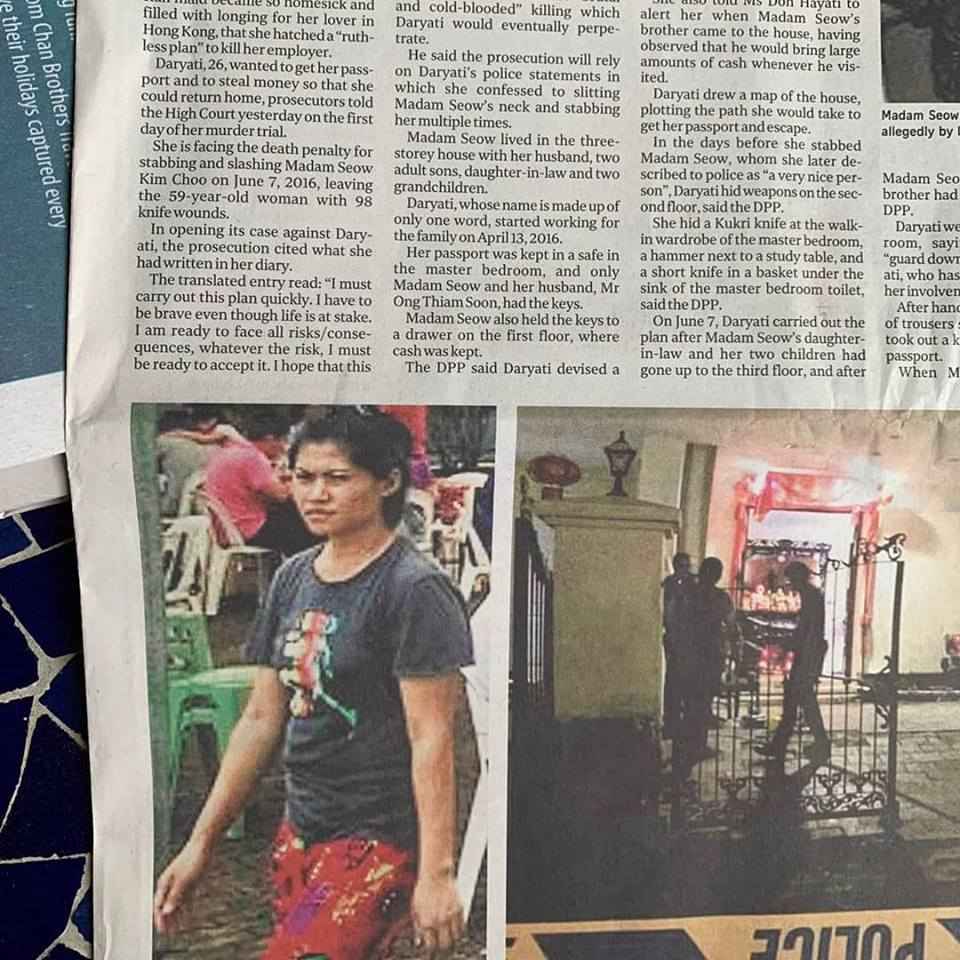 A check on the PDF version of the article from The Straits Times also showed the same pictures, while the online version didn’t. 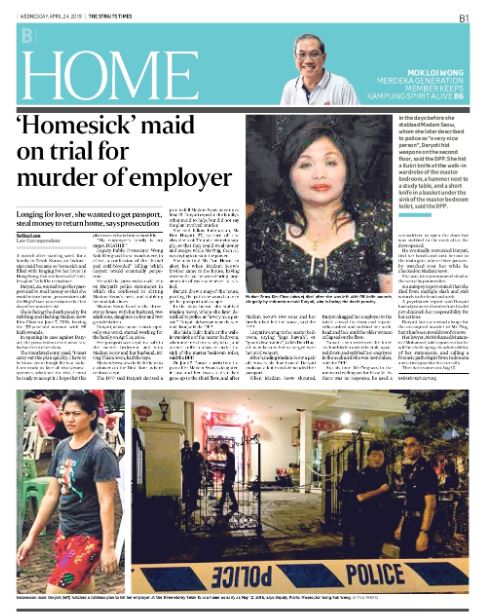 Helper returned to Myanmar since Mar 2018

According to Mr Tan, he was shocked upon seeing the photo of his ex-helper in the newspapers.

He called out the newspapers for “fake news” and questions how the photo was chosen.

He also provides a picture of her cradling his newborn baby in Mar 2018, wearing the exact same shirt as the one in the articles. 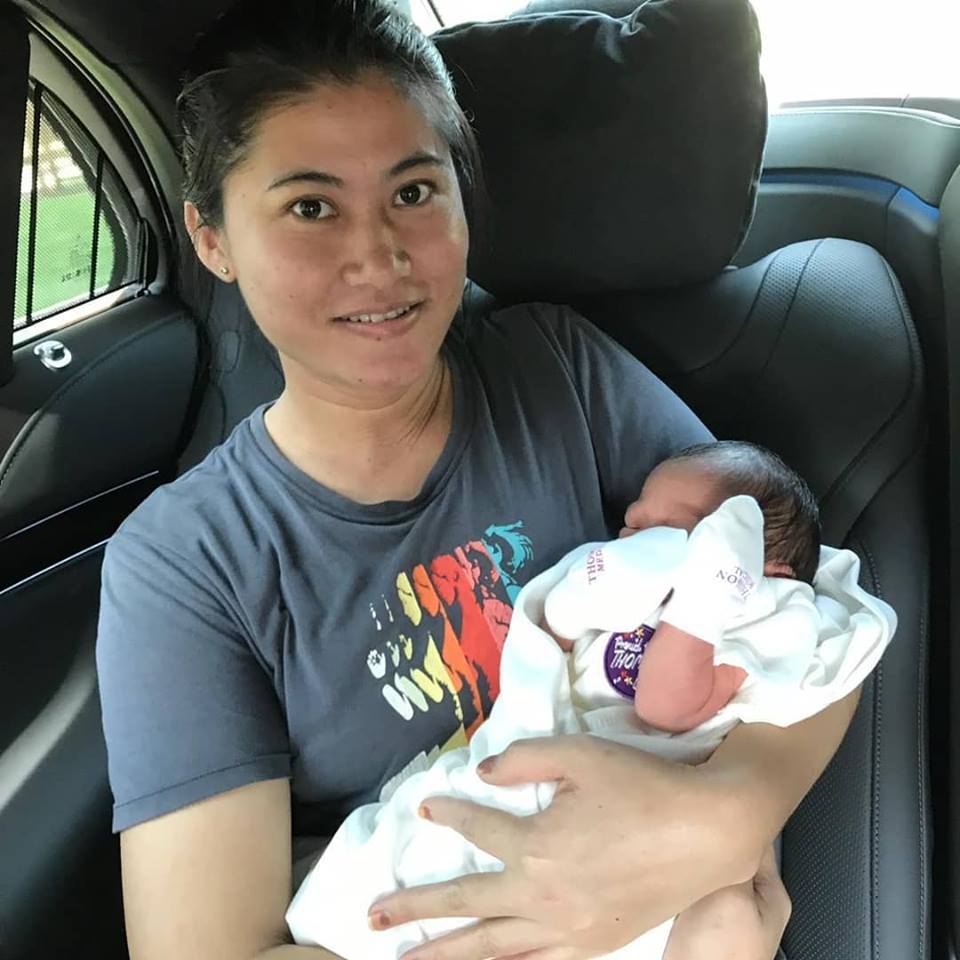 He claimed that his helper had returned to Myanmar after her last day of employment with them on 18 Mar 2018. 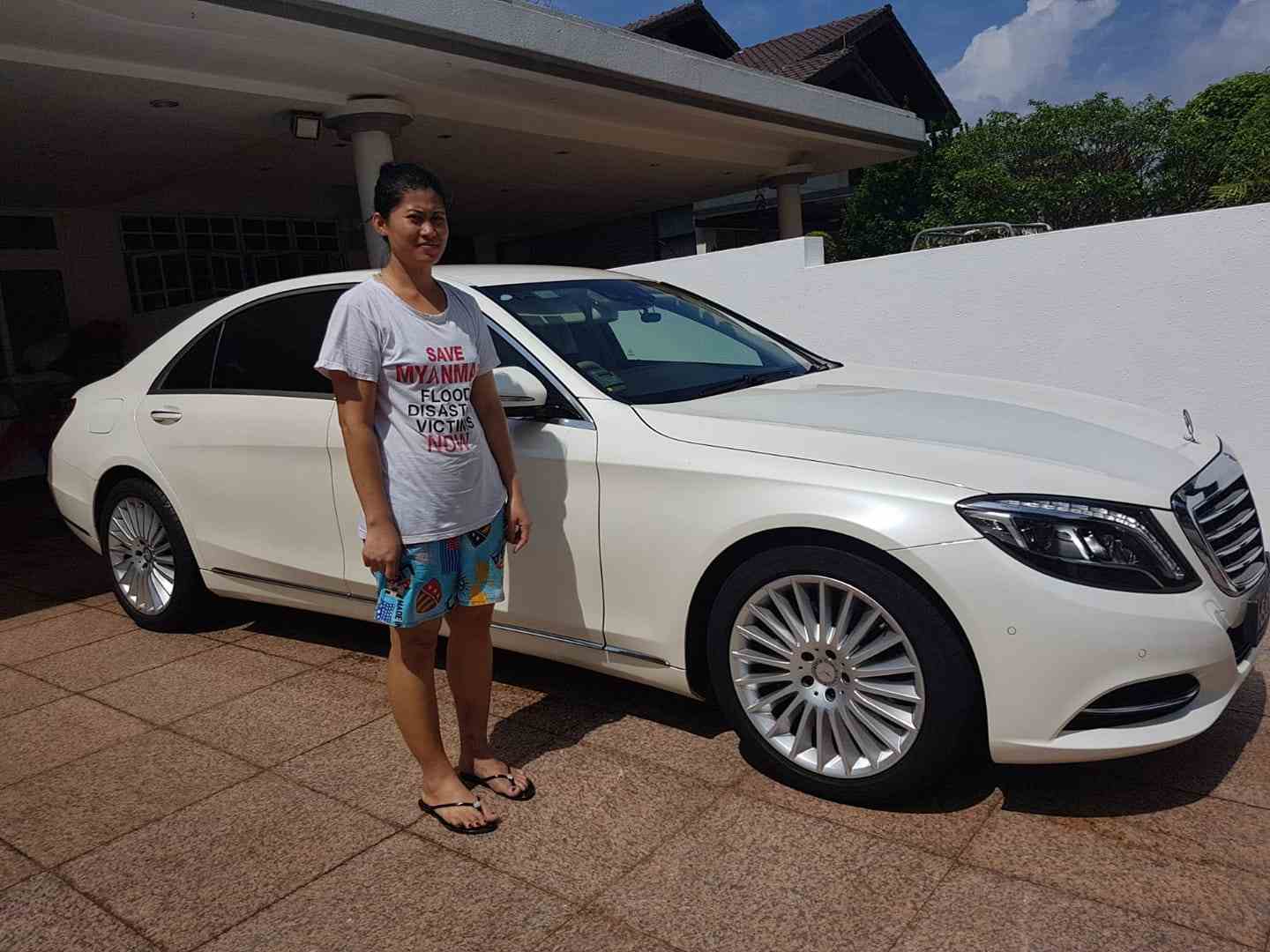 Already lodged a report with the newspaper

In the comments section of his post, Mr Tan claims he has already contacted the papers to rectify the issue.

One day later, ST admitted they have used the wrong photo of Mr Tan’s ex-helper in place of the actual maid.

They also published an official apology on their site:

We are glad that the newspaper has promptly rectified the issue and we hope the helper wasn’t too emotionally affected by the incident.